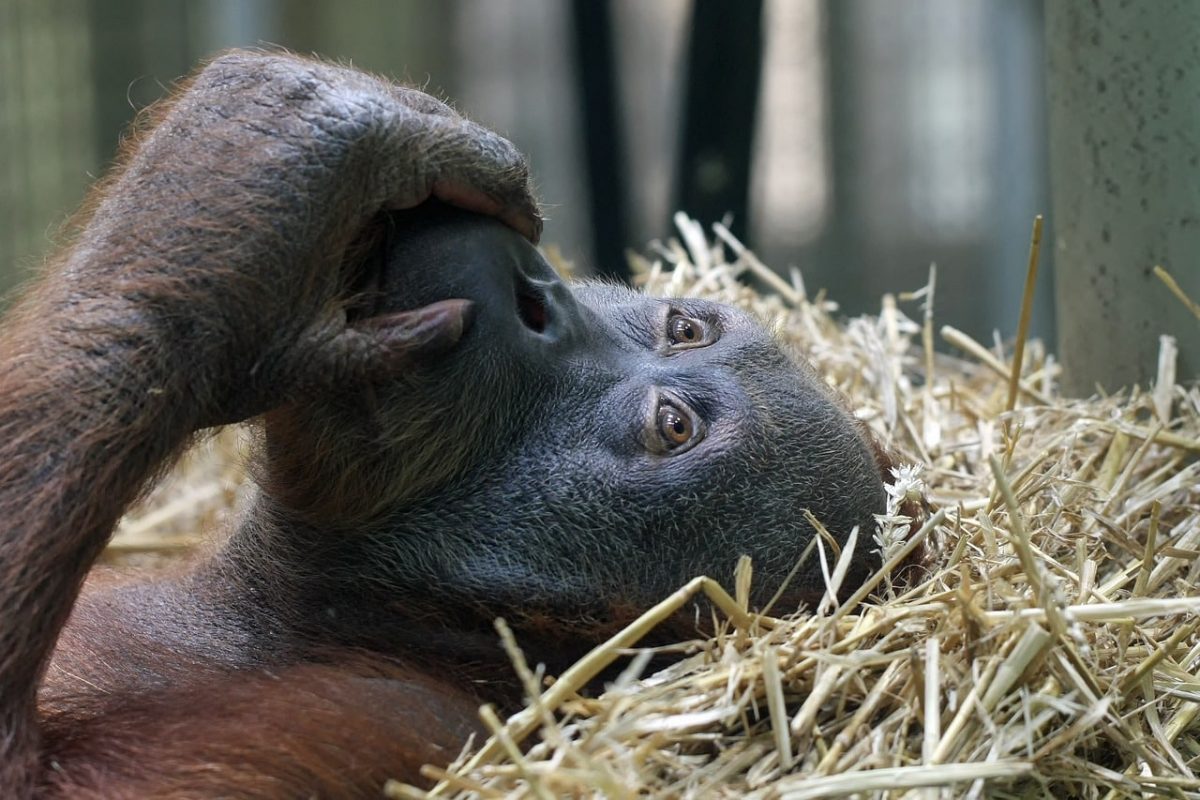 ApeCoin has been in a downtrend since early August when APE faced rejection from the $7.7 resistance level. The $4.17 and $3.18 levels have been important support levels since June.

Bitcoin did not show much strength on the charts either. APE has a +0.97 correlation with BTC on the price charts, so unless BTC can show strength, ApeCoin might lack the legs to bound upward.

Short-term bullishness can prevail but the $4.45-$4.6 could offer bears an opportunity 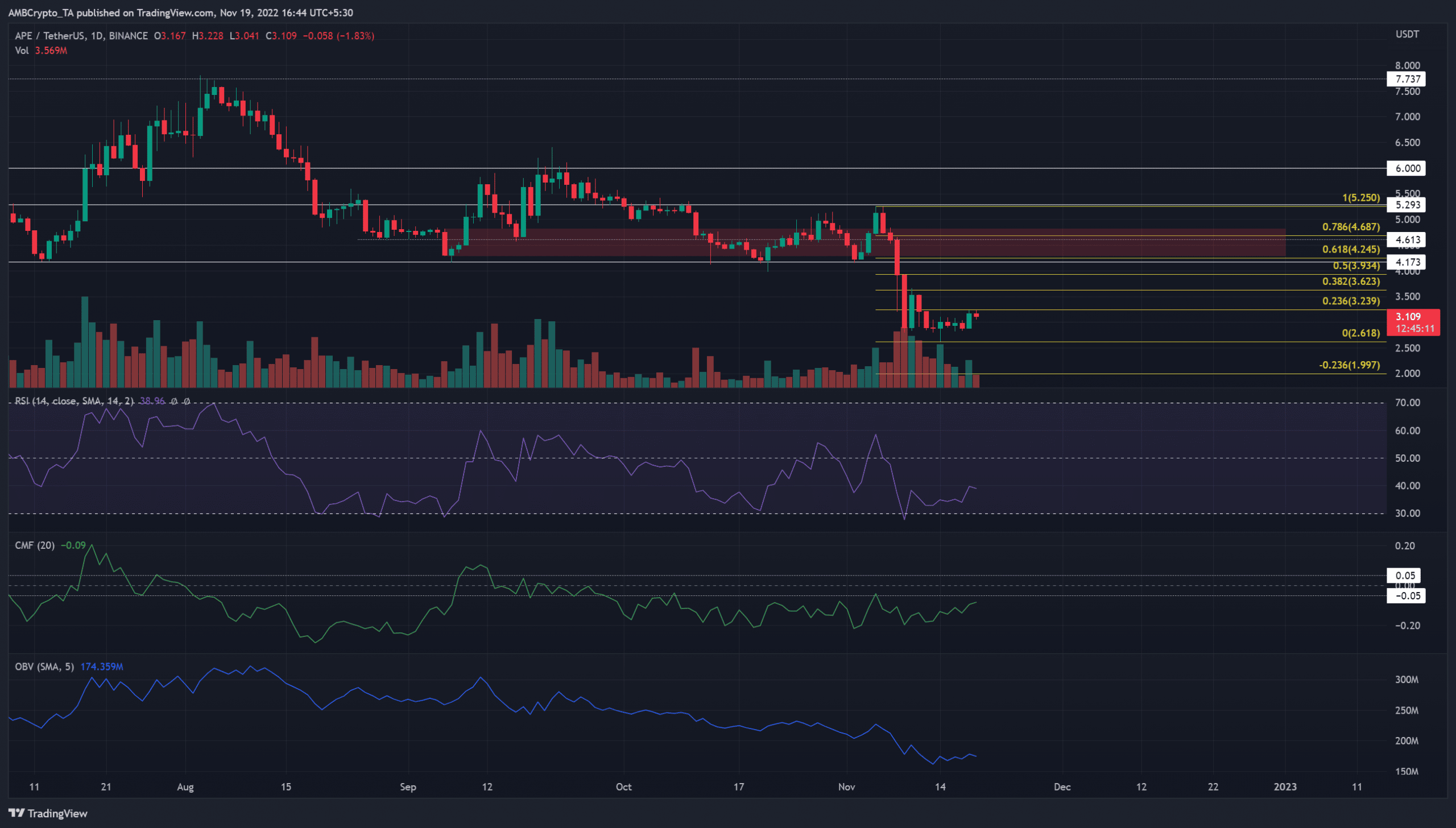 On the daily timeframe, ApeCoin formed a bullish order block on 6 September. Since that time, APE tested the $4.17 level of support on two separate occasions, on 20 October and 2 November. Alongside the test of $4.61 on 16 September, this bullish order block saw the price react positively. Yet, the bulls couldn’t remain strong forever.

Their resolve broke on 8 November when the magnitude of the FTX crisis came to light. Since then, ApeCoin has dropped to form a swing low at $2.618. Hence, the former bullish order block can now be considered as a bearish breaker.

The Chaikin Money Flow (CMF) has consistently been below -0.05 on the daily chart since late September to show significant capital flow out of the system. The On-Balance Volume (OBV) was in a downtrend, and both indicators outlined the heavy selling pressure in the market. Similarly, the Relative Strength Index (RSI) was beneath neutral 50 for the most part in this period to highlight bearish momentum.

In the face of this selling, a move upward appeared unlikely. Yet, if ApeCoin does manage to climb to $4.2 or $4.6, bears can be on the lookout for a good R:R shorting opportunity. Invalidation of such a short entry would be a daily session close above  $4.8

Since early November, the weighted sentiment metric dipped into the negative territory. Social dominance was also not high for APE, apart from 11 November. Toward the end of October, the dominance metric had begun to decline.

This showed that the outlook on social media was not too bright for ApeCoin, which was understandable given its price action in the past three weeks. Meanwhile, daily active addresses saw a sharp spike recently, but it might not have a bullish implication for APE in the near term.

Uniswap: User and dev activity, lack of profitability, and everything in between

Bitcoin hits ‘this’ low, but what’s the unrevealed narrative around BTC