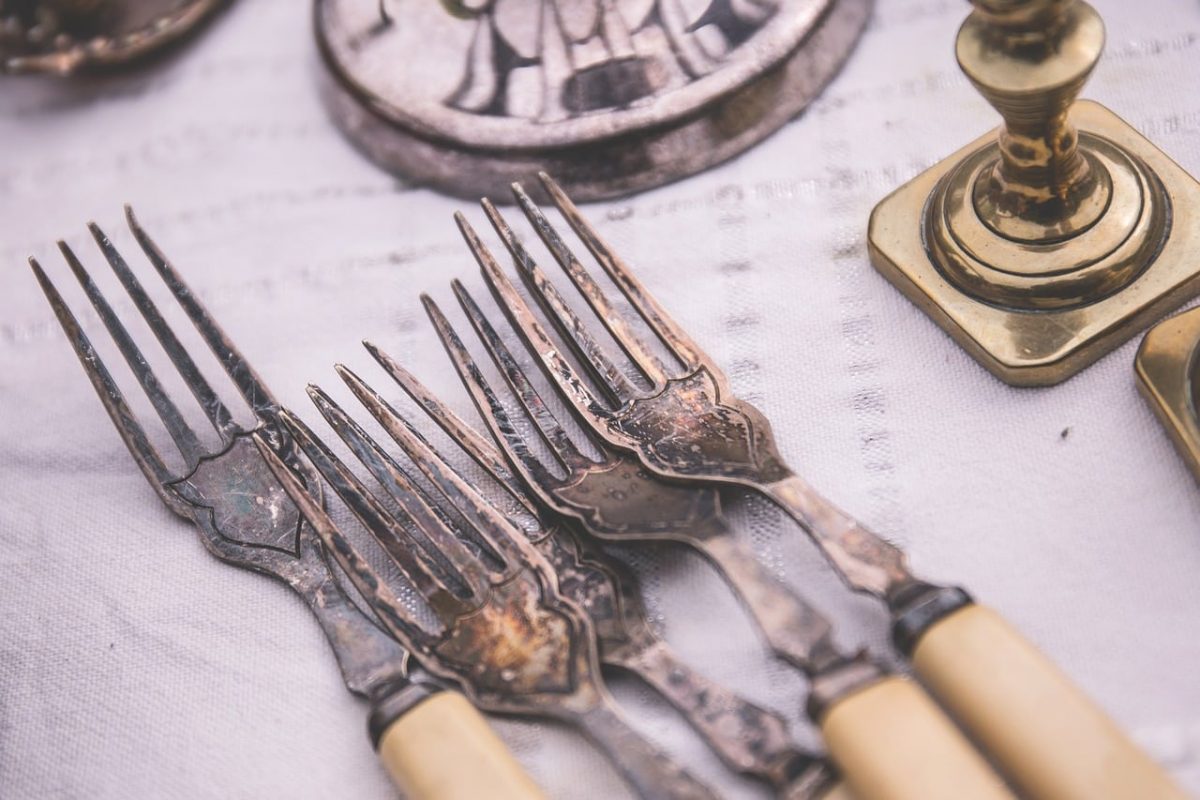 USDT Dominance (Tether Dominance) rose to 8.53%, the highest value it reached since mid-June. Investor confidence was quite low in the market after the  FTX collapse.

Bitcoin was weak on the price charts and fell below $17k once more. Ethereum Classic faced intense bearish pressure. It appeared that selling pressure could continue to dominate, although volatility can also be expected in the coming days. 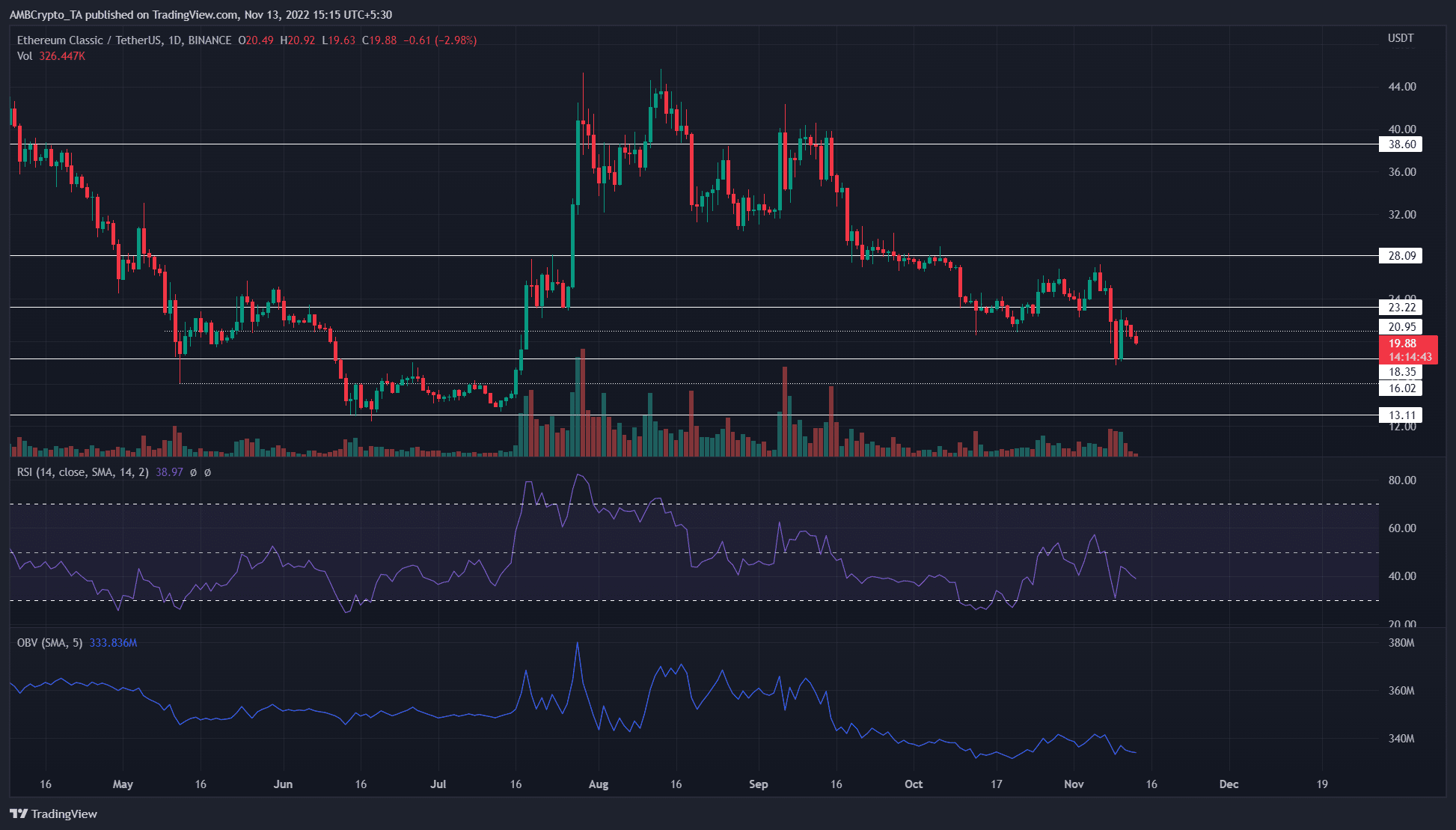 The Relative Strength Index (RSI) on ETC’s daily chart was back beneath the natural 50 mark. This showed that momentum was in favor of the bears once more. At the same time, the On-Balance Volume (OBV) has also been in decline over the past few days. However, the OBV was yet to break a level of support from October.

The market structure on the daily timeframe was bearish after it broke beneath the swing low at $22.25 on 2 November. After breaking beneath this level, the price witnessed a bounce from $18.35 to $22.96. However, the structure was firmly bearish.

Until ETC can move back above $22.96, it would continue to have a bearish bias. To break the structure and affirm an uptrend, Ethereum Classic must push past the $27.23 mark.

This was an unlikely event in the coming weeks. Bitcoin and the rest of the market faced severe selling pressure and widespread fear. Instead, it was more likely that Ethereum Classic would continue its descent beneath $18.35 and as far south as $13.11, a level of support from July.

In late October and early November, the social dominance and weighted sentiment metrics saw positive leaps. Yet, on 1 November and 7 November, the price did not do anything remarkable. Indeed, following 7 November, Ethereum Classic cratered by nearly 30% to reach $18.35.

Meanwhile, the funding rate was steeply negative on Binance. This showed that short positions were highly populated and long positions paid the shorts. While it reflected a bearish sentiment, it also highlighted the fact that the market could be overextended to the downside.

That alone does not warrant a strong bounce in prices can be seen. The lower timeframe level of significance at $21 had been flipped to resistance, and another wave of selling pressure could be imminent.