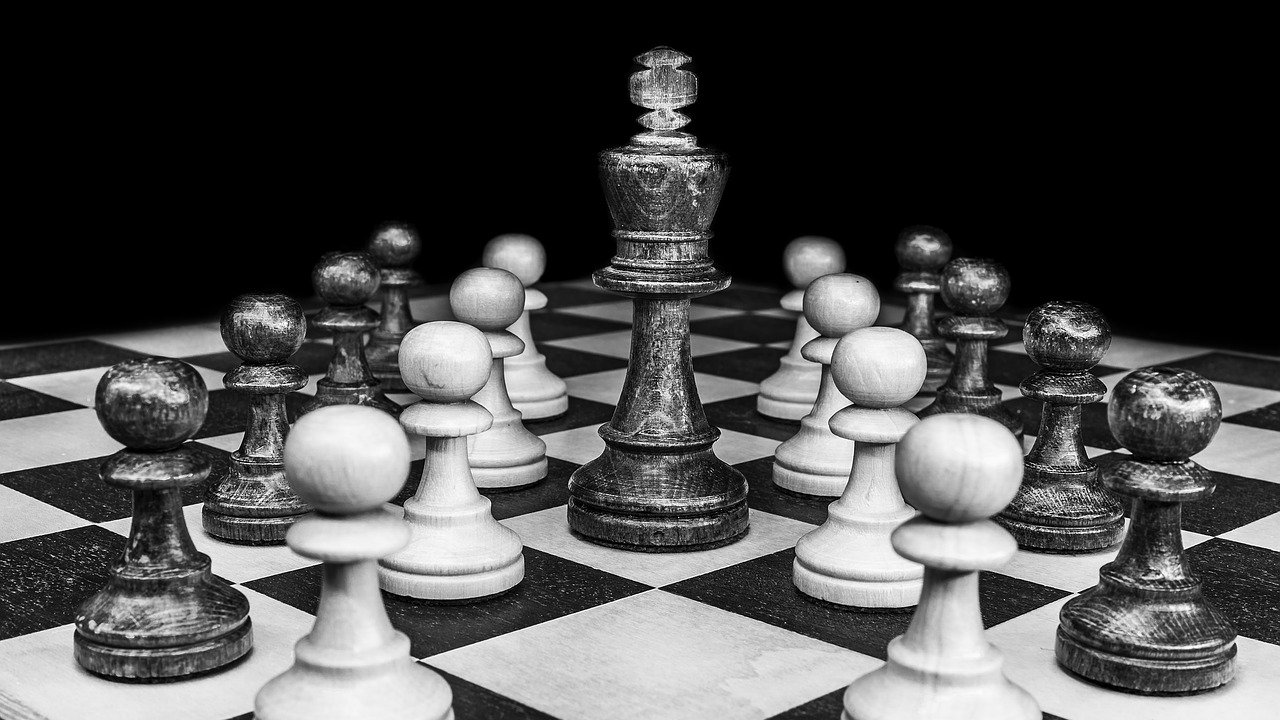 Early mover advantage is the advantage a company/person gains by being the first to introduce a product to the market. One prominent example would be Amazon, which created the first online bookstore, established its presence and brand value.

This same advantage also applies to Bitcoin, the first cryptocurrency working on blockchain technology to employ a Proof of Work system. The whitepaper describes it as a “peer-to-peer version of electronic cash” designed to be sent from one party to another without going through a financial institution.

Bitcoin’s importance in the market cannot really be questioned. Going by market cap, daily trading volume, adoption, recognition, or its tendency to dictate the direction of the crypto market as a whole, Bitcoin definitely is the king coin.

Bitcoin spent much of its life brandished as a cyberpunk’s tool to flip off the banks and the government due to its pseudonymous nature. It was seen as the perfect medium of exchange for illicit activities, as evidenced by Silk Road, the online black market that got shut down.

This speculative asset was deemed too slow to be used as cash, too volatile to be used as a store of value, and held no real value unless one could find someone willing to buy it at a higher price – the Greater Fool Theory.

The same asset is, at the time of writing, valued at $29,800 and has seen surging institutional interest from the likes of MicroStrategy, Square, and Grayscale Bitcoin Trust. JPMorgan Chase analysts say that the institutional purchases of Bitcoin in Q4 2020 have likely had a bigger role in Bitcoin’s price movement than commodity trading advisors (CTA). They also predict that significant demand worth $600 billion would arrive at the doorstep of Bitcoin, following MassMutual’s $100 million purchase of Bitcoin in December. They arrived at this number by estimating a 1% portfolio allocation toward Bitcoin by pension funds and insurance companies.

Considering that the MassMutual Life Insurance Company a $235 billion general investment account, $100 million dollars represents them dipping their toe tips into the Bitcoin waters. This is a significant milestone for Bitcoin’s narrative. The billionaire hedge fund manager Paul Tudor Jones announced that he had bought Bitcoin as a hedge against inflation. Grayscale Bitcoin Trust held $8.35 billion worth of Bitcoin as of 16th November.

MicroStrategy, the largest independent publicly-traded business intelligence company, has purchased over $1 billion worth of Bitcoin in 2020 with an average purchase price of $15,964 approximately. “The acquisition of additional bitcoins announced today reaffirms our belief that bitcoin, as the world’s most widely-adopted cryptocurrency, is a dependable store of value“, said Michael Saylor, CEO of MicroStrategy.

Warren Buffet, the Oracle of Omaha, once called Bitcoin “rat poison squared”. He is the CEO of Berkshire Hathaway, a multinational conglomerate holding company whose market capitalization is $535.55 billion. Why, then, did MassMutual, with its conservative asset allocation strategy, choose to invest in Bitcoin?

Bitcoin does not substitute cash

Is it due to their belief that Bitcoin will serve as digital cash one day? Unlikely. There is evidence that ‘Bitcoin as a payment system’ is a narrative that does not hold water. Using the Bitcoin Velocity chart it can be seen that Bitcoin has mediated near the M2 USD money stock. This indicated that BTC has been used majorly for the purpose of savings and investments, rather than as liquid cash. The average transaction cost has been around $4 and $5 over the past month, according to blockchain.com. Combined with the transaction confirmation time, this doesn’t make Bitcoin ideal for buying coffee or pizza. Then there is the thorny issue of Bitcoin transactions per second calculated to be at around 4.6, compared to Visa’s 1700, as well as the volatility behind Bitcoin. 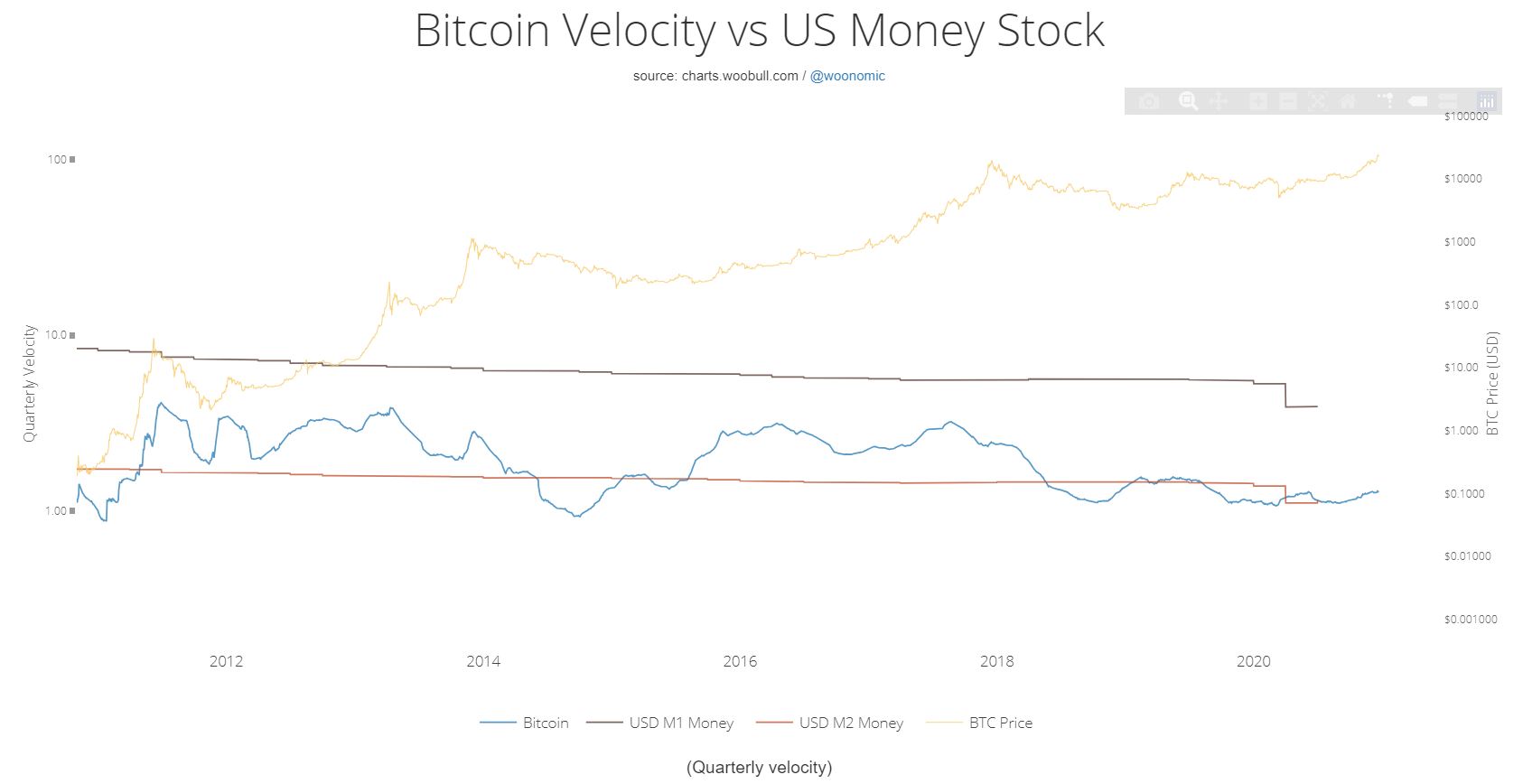 The coronavirus black swan event in March affected both the traditional and the crypto markets massively. Yet, it was also the turning point for Bitcoin. People questioned how a digital asset would perform in the aftermath of this FUD situation. There were claims that Bitcoin’s “safe haven” narrative was dead because it was actually worse hit than gold by the March slump.

Gold dropped from $1701 per ounce on 9th March, to $1451 on the 16th of March, a 14.69% drop. Bitcoin fell from $9214 on the 7th of March to a low of $3858 on the 13th of March. Disregarding the cascading liquidations caused due to technical issues, and the fact that some crypto exchanges went down due to the heavy traffic, this represents a 58.12% drop. Bitcoin critics used this fact to parade the “Bitcoin as a safe haven” narrative as dead on arrival. It appeared to have failed its first significant test under severe economic duress.

Fast-forward nine months, and gold has posted gains of 29.35% to trade at $1877 at the time of writing. Bitcoin was trading at $26,765 at the time of writing – a 593% gain. The supply shock from the halving as well as increasing institutional interest helped drive the bullish case for Bitcoin.

Of the multitude of other cryptos, why invest in Bitcoin?

Why Bitcoin? This has a two-pronged answer. The first is that Bitcoin is the largest cryptocurrency out there. It is largest by adoption, market capitalization, and just as importantly, by hashrate. 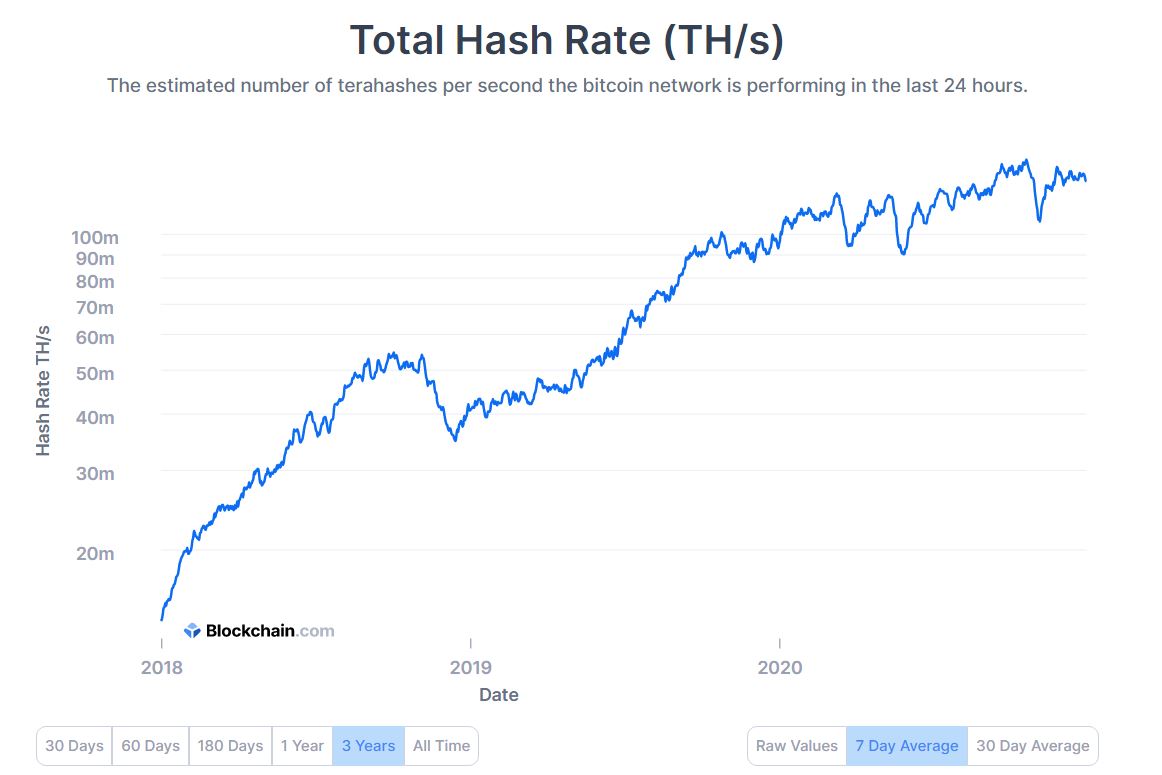 The Bitcoin network is all but guaranteed to be safe from 51% attacks. This is one reason, among many others, why Bitcoin is chosen as a safe digital asset to diversify into. We do not read news reports of MassMutual buying Ethereum Classic because, among many other reasons, ETC experienced three separate 51% attacks in August alone.

The second reason to choose Bitcoin is due to its growth and resilience. In 2017, investing in Bitcoin for the long run was seen by the big Wall Street boys as a joke. In 2020, investing in Bitcoin for the long haul has become more normal. This is because services and infrastructure around Bitcoin have developed rapidly. There is still a long way to go to catch up with traditional finance systems, but the Bitcoin ecosystem is sufficiently large and efficient, that investing hundreds of millions of dollars makes a whole lot of sense, especially given the current uncertain economic climate around the globe.

The institutional interest in Bitcoin over 2020 has not been driven because of the technological innovation that Bitcoin represents. An institutional investor did not decide to acquire millions of dollars worth of Bitcoin because the SegWit scaling solution gave them more confidence regarding security decentralization, as compared to Bitcoin SV’s 128 MB blocks. They did not decide that the implementation of the Lightning Network (whose capacity has been stagnant over the past two years, suggesting a lack of increased adoption) would revolutionize digital asset transfer as we know it.

Bitcoin is here to stay

Bitcoin has welcomed regulators, and this compliance paved the way for institutional investment. Bitcoin was chosen because it is the crypto-asset with the highest volume. Hence, infrastructure and services have been built around it that institutional investors can take advantage of, such as on-ramps, professional custody, sophisticated platforms, complex derivatives, and most importantly, liquidity. Combined with assurances of scarcity, security, and relatively painless transport and storage, Bitcoin stands at the forefront of investor focus. Increased regulation has closed the gap between the traditional finance world and the crypto ecosystem.

Being the first is not always an advantage that lasts. Yet, Bitcoin has lasted. This is because it is an asset that already works. The Bitcoin market is in its infancy, but Bitcoin as a digital asset is already complete. Any further additions atop what already exists would aid utility but not fundamentally alter what Bitcoin is or how it is used. Companies that have publicly announced and justified investing in Bitcoin have primarily used the “safe haven” narrative in some form. It could be a good idea down the years to emulate the big investors, and hold a small portion of one’s net worth in Bitcoin.