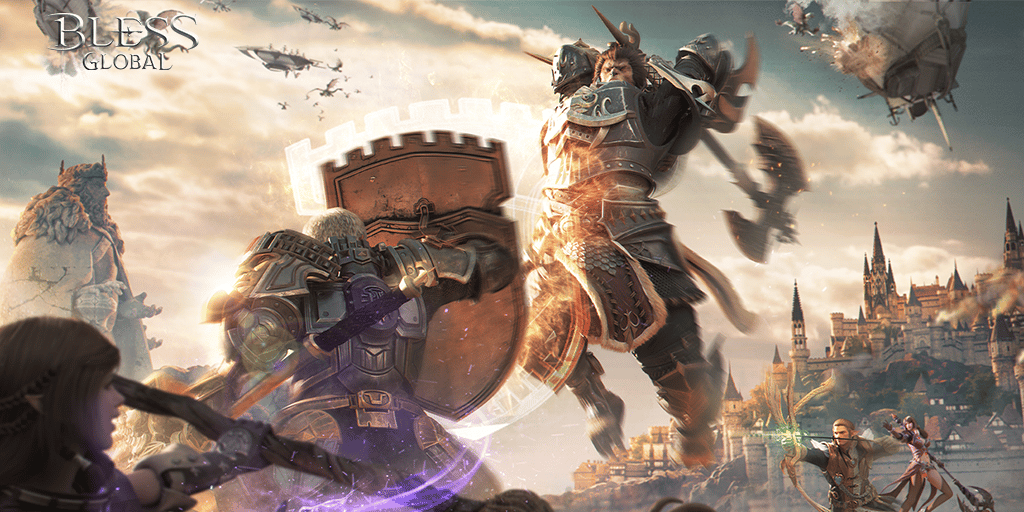 Bless Global, the first AAA GameFi MMORPG featuring immersive aesthetics, announced that it will open a Public Beta Test at the end of this month. Over the course of two weeks, Bless Global will offer a wealth of activities to players, including the Gleam giveaway, leaderboard, and random airdrops. A total of $25,830 worth of awards will be handed out. 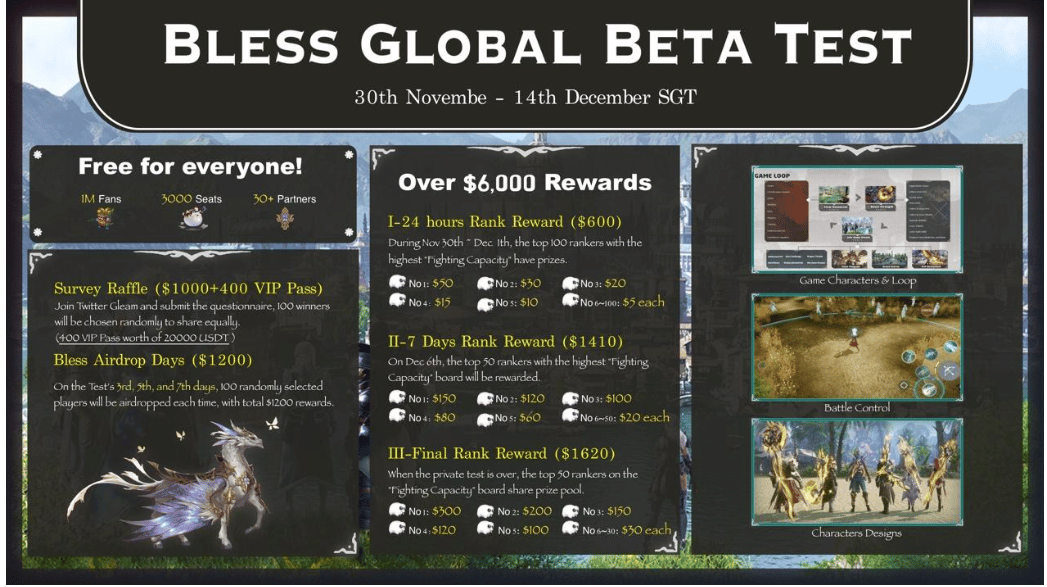 Bless Global is published by Tigon Mobile, a subsidiary of Longtu Korea, a listed Korean company with an extensive portfolio of 3A titles. Its masterpieces, Sword, and Magic and Yulgang Global, have gained over 10 million users worldwide since their launch, and the company has served over 200 million users for over ten years.

In addition to its experienced team in all aspects of game development, publishing, promotion, and operation, Bless Global also has a leading blockchain team with cutting-edge technical capabilities. A former Top3 exchange executive with internet and blockchain CTO experience is at the helm.

Bless Global is an adaptation of ‘the ultimate MMO’ – the medieval fantasy MMORPG PC game Bless developed by Neowiz. Bless Global follows the content and worldview set in the PC game Bless and incorporates GameFi elements. By this October, Bless Global’s pre-registration users have reached one million.

The project has developed a GameFi3.0 economic model with NFT as the core to avoid the negative impact caused by token downward in a bear market environment. The scarcity of in-game assets and the user’s preference anchor the value to lay a more solid foundation for the whole trading scene. Players can get the dropped equipment and rare props for free by fighting monsters, playing copies, and mining game resources. After minting them into NFTs, they can then trade freely with other players through the PocketBuff platform to earn revenue.

The Public Beta test will last from November 30 to December 14 and be open to all players with the VIP Pass. There are three levels of VIP PASS: Platinum, Golden, and Diamond, all of which have exclusive privileges. Currently, there are two ways to get a VIP pass. First, buying a mystery box allows you to get one of the three levels of VIP passes. In addition, you can also get the VIP pass by participating in various activities held by Bless Global official channels.

To allow more players to experience the game in advance, Bless Global will hold a Gleam event on Twitter one week before the start of the beta. Download the PocketBuff App, provide basic player information, and complete tasks for a chance to win a Platinum VIP Pass (400 in total, valued at $49.90 each).  As a bonus, 100 people will be randomly selected to share the 1000U prize.

During the Beta test, the top 100 players on the first-day ranking, the top 50 on the first-week ranking, and the top 30 on the final Leaderboard Ranking will receive a total of 3630U. In addition, on the game’s 3rd, 5th, and 7th days, 100 randomly selected players will be airdropped each time, with total rewards up to 1200U.

The free-to-play game has diverse gameplay with famed IP and console-level graphics, available on both PC and mobile. Also, Designs varied NFTs and burning systems.

NEAR Protocol approaches a Fibonacci support level, but further losses are likely