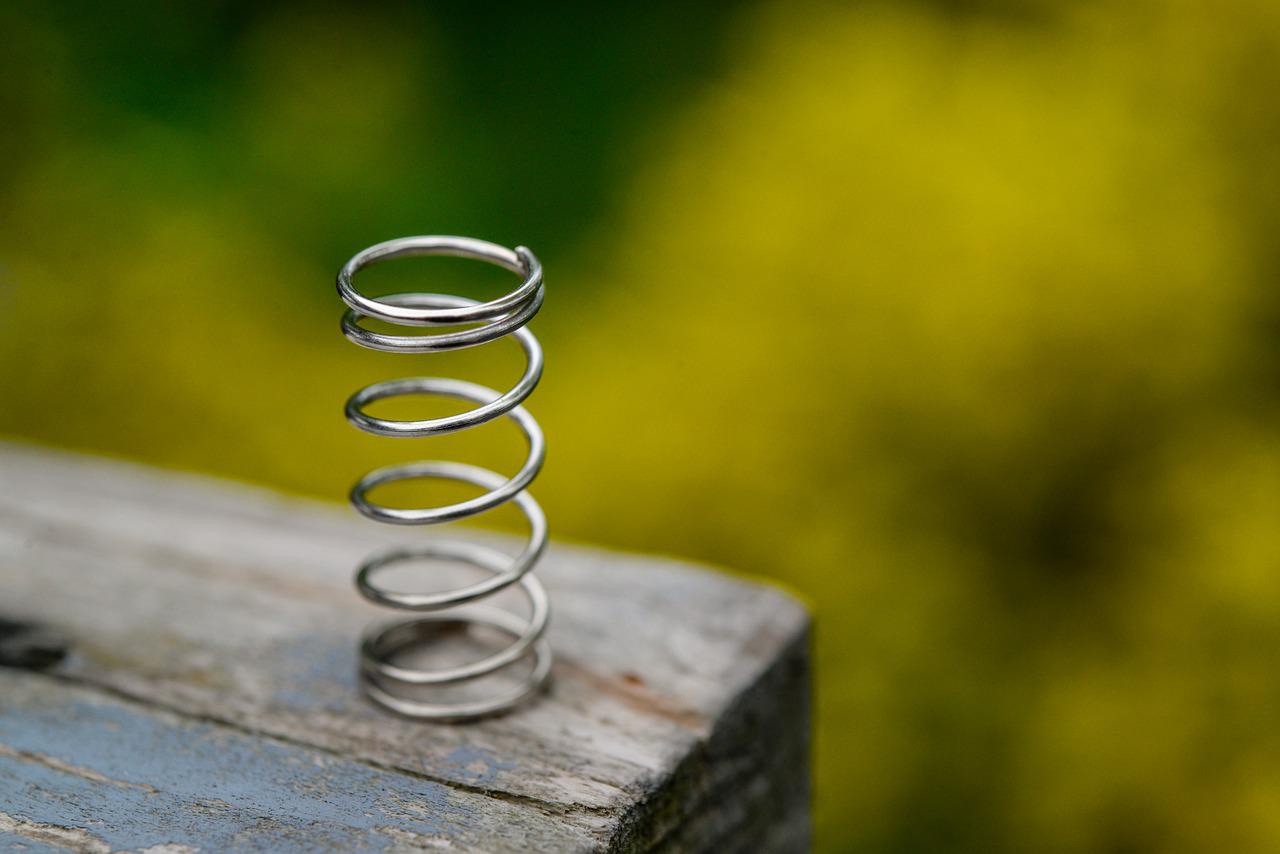 The previous day’s drama notwithstanding, PancakeSwap’s token CAKE did have a bullish outlook in late March. The rejection at the $11 area left a sour taste in the mouths of long-term investors of CAKE.

At the time of writing, the token was in the midst of a decent bounce from a level of support, following Bitcoin’s bounce from the $30k mark. 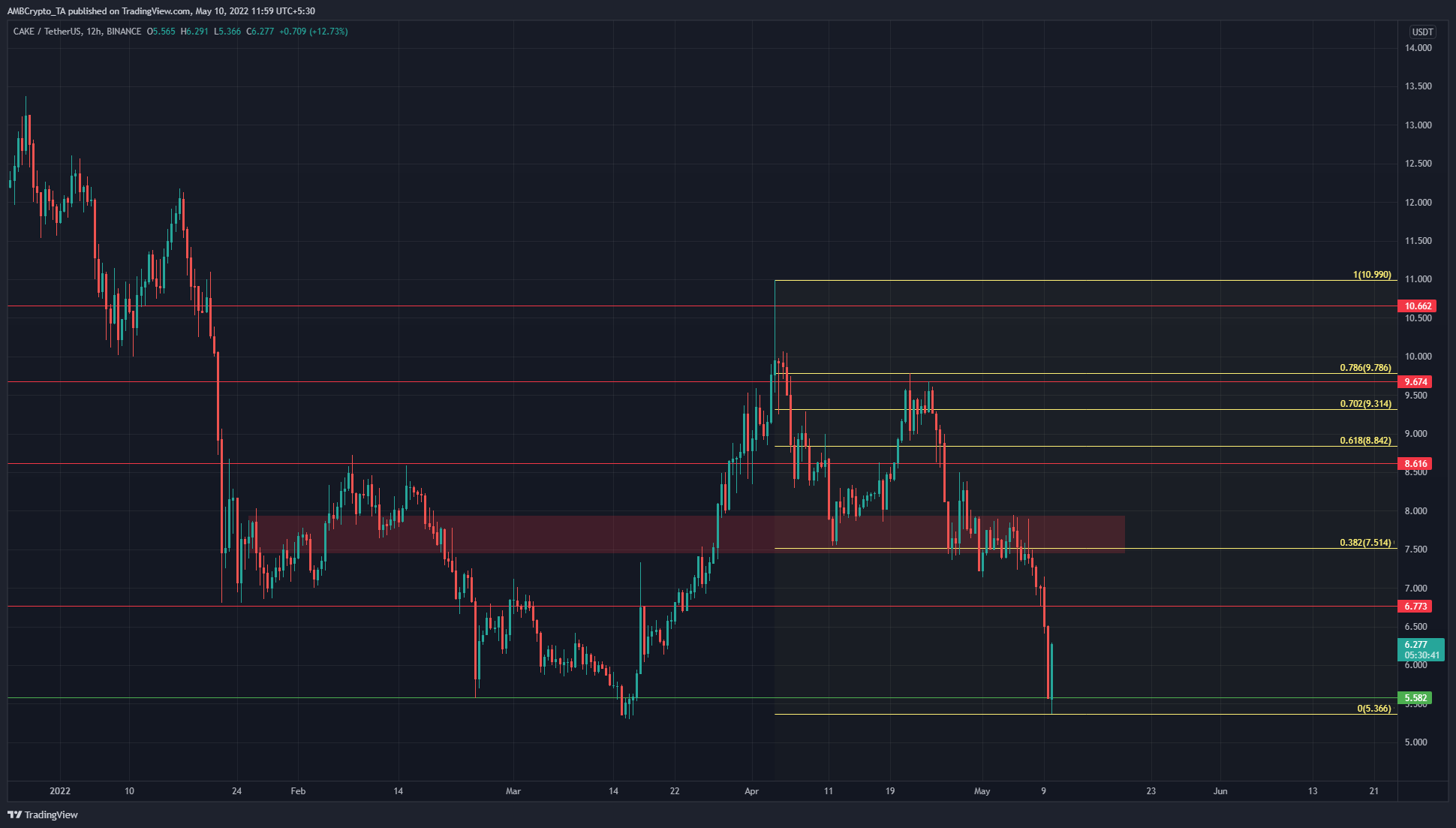 Almost exactly a year ago, in early May 2021, CAKE was trading at $42 and investors eyed the $50 level with excitement. The price couldn’t push past $44.2, and the token slumped to $10. In late August, CAKE swapped hands at $29, but the bulls could drive the rally no higher, and a long-term downtrend was once more affirmed.

In the past six weeks, the $7.5-$8 area has been hugely significant as CAKE has seen strong moves after flipping this area. As things stand, this zone is an area of supply. Moreover, the Fibonacci retracement levels showed this area to have confluence with the 38.2% retracement level at $7.51. Therefore, in the next week or two, the $6.7-$7 area and the $7.5 zone are likely to serve as bearish bastions. 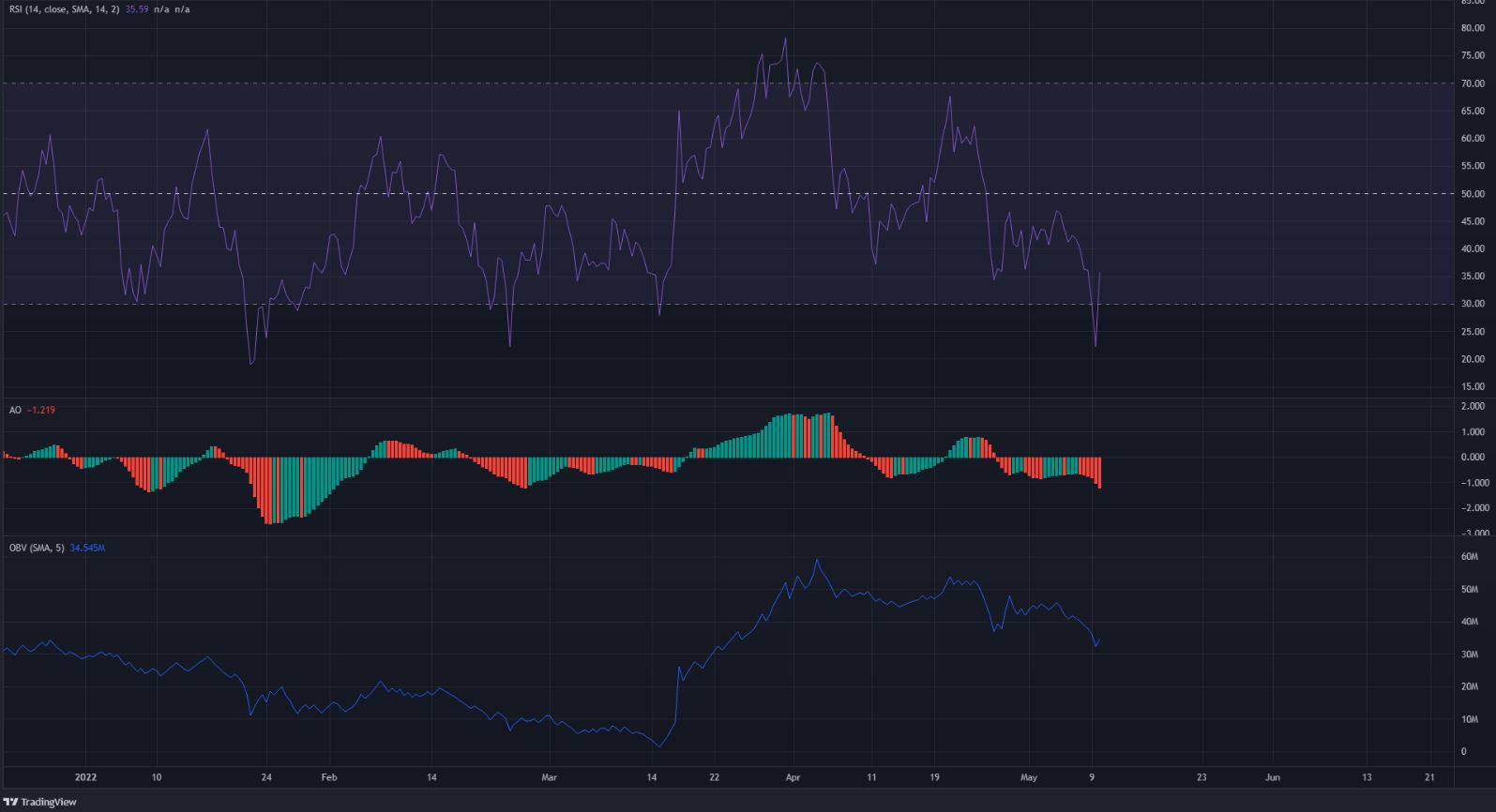 The RSI descended below neutral 50 in April and dived as low as 22.2 the previous day. At the time of writing, CAKE appeared to bounce from the $5.58 support level and could revisit $6.7 and $7.5. The Awesome Oscillator was also below the zero line, to show strong bearish momentum.

On the other hand, the OBV has made an impressive move higher during the March rally, although it did trend downward in April and May. Therefore, while the sellers do have the upper hand, there is the faint possibility that this can change should bulls recapture $7.5.

The market structure flipped decisively bearish as the price fell below $7.5, and the trend dictates that one should look for selling or shorting opportunities on the crypto asset. A move above $7.5-$8 could shift this bias, but a bull trap can not be discounted as market sentiment remained fearful.

TRON: Decoding the odds of TRX defeating the market trend