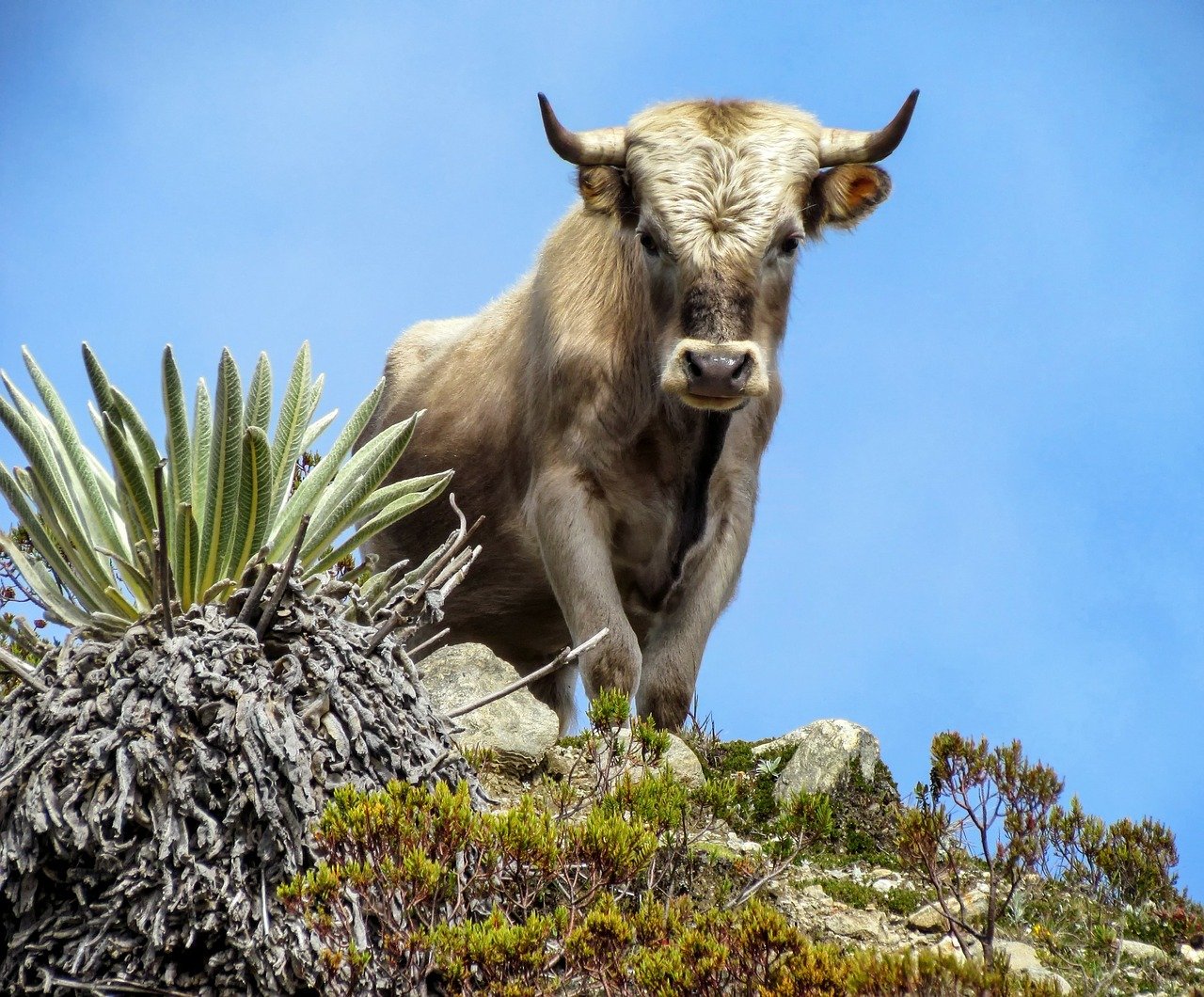 Bitcoin set a new ATH of more than $35,000 on 6 January shortly after breaching the previous record high of $34,500 mark. This is much more than what Bitcoin cost in March 2020 which was around $3800. Many in the crypto economy believe that this year might see BTC touching a six-digit number.

Moreover, on-chain market intelligence firm Glassnode has put forward a projection that suggests Bitcoin could rally to much bigger figures. The firm based its projections on the BTC MVRV-Z score, which indicates that Bitcoin has climbed to its highest level in about three years. Glassnode found that the last time the MVRV-Z metric suggested a similar trend was in 2017 when the digital asset increased tenfold in the next six months.

According to Glassnode, MVRV Z-Score historically indicated a market top “red zone,” while the opposite has indicated market bottoms “green zone.” However, the image below suggests that the indicator is far from the red zone, which is currently seen between 7 and 9. 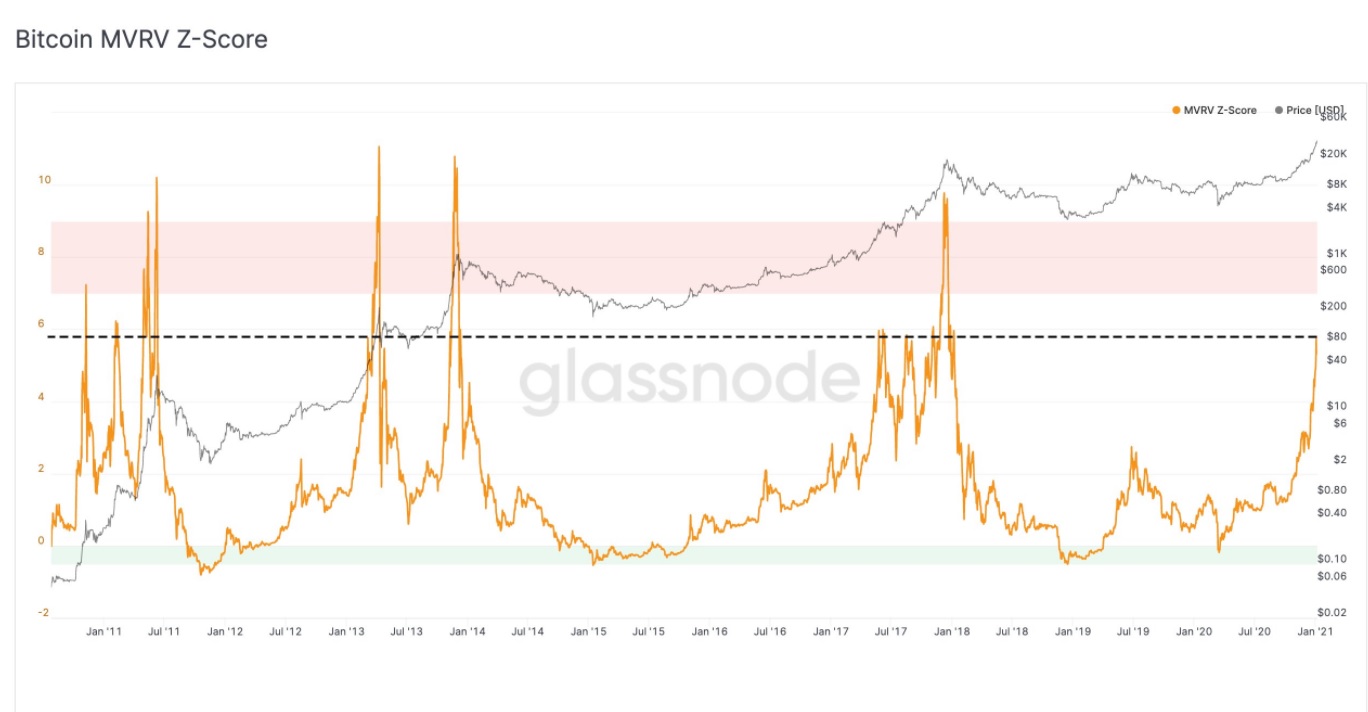 The firm also revealed that Bitcoin MVRV Z-Score has seen a sharp increase to values above 5 – a position last seen during the BTC bull markets of 2017-2018. In the 2017 bull run, Bitcoin grew 10x over the course of 6 months, when MVRV-Z metric was at 5, at the time.

This could probably mean that if the aforementioned trend of 2017 returns, Bitcoin could rise 10x from its current value of $35,000, in six months.

Additionally, Paolo Ardoino, CTO at Bitfinex expects the bull market to continue. In a release shared with AMBCrypto, he noted that Bitcoin’s market capitalization has soared past the $600 billion mark. If the trend continues, the CTO believed that the asset could surpass the market caps of Apple, Google and, Facebook.

Earlier today, Santiment data found that Bitcoin whale addresses and on-chain transactions continue to rise and that unique BTC addresses have reached a new ATH of 2,323: 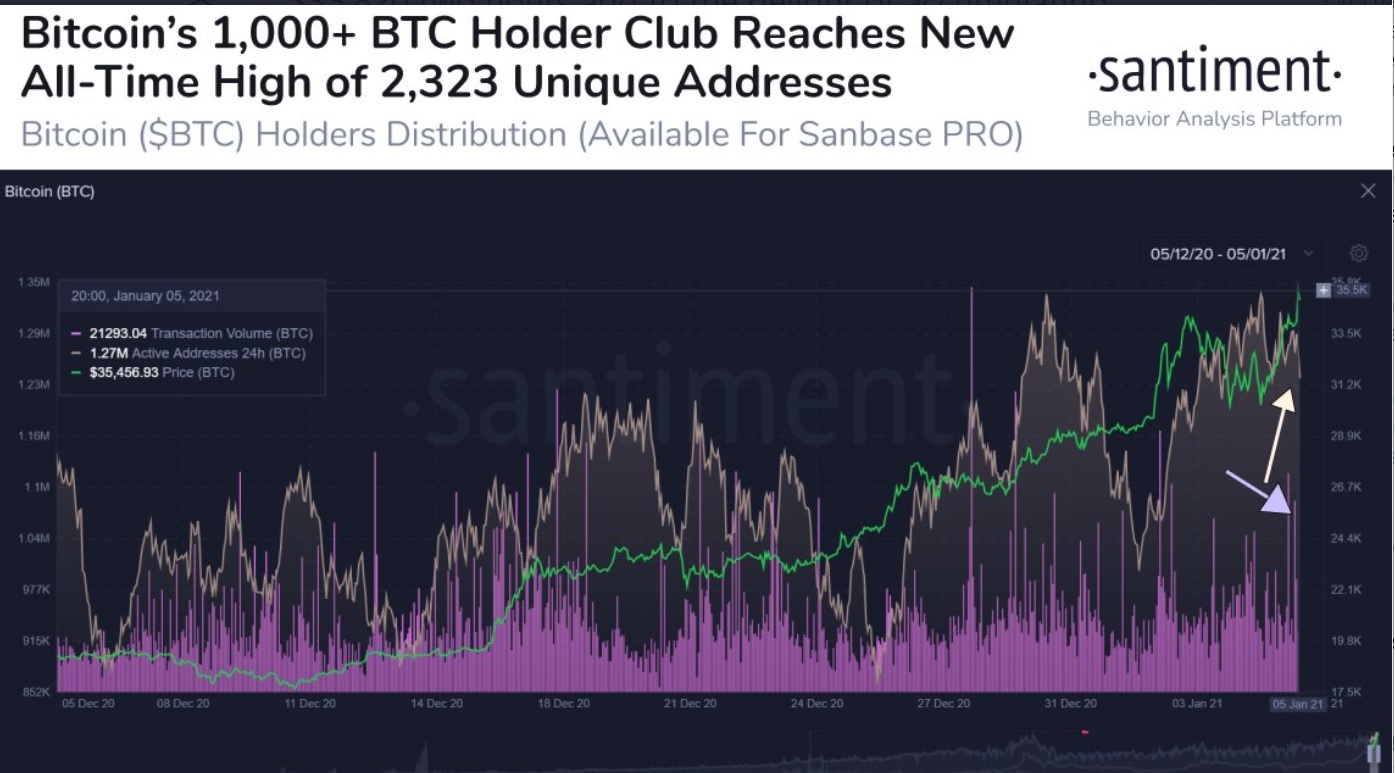 Further, even Bitcoin Miners to Exchange Flow (1-day moving average) reached a 17-month low of 1.397 BTC, according to Glassnode. The firm observed that a previous 17-month low of 1.442 BTC happened on 10 November 2020, when Bitcoin had begun its rally.

Coinbase is experiencing connectivity issues; website and mobile app are down