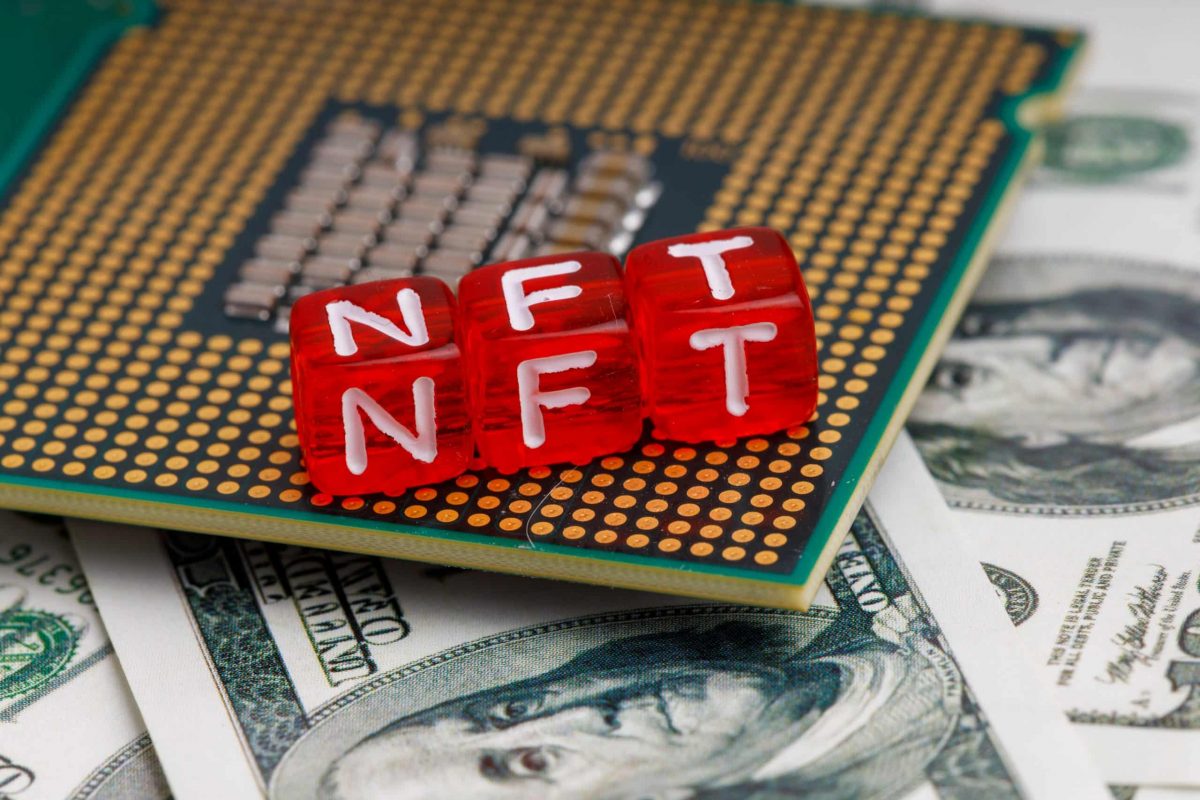 Non-fungible token (NFT) trading volumes and sales may have fallen in October. However, according to DappRadar’s findings, an increase of 18% in monthly unique NFT traders demonstrates that the market is still in “high demand.”

DappRadar reported that there were 1.11 million monthly unique NFT traders in October, up 18% from the roughly 950,000 traders there were in September. 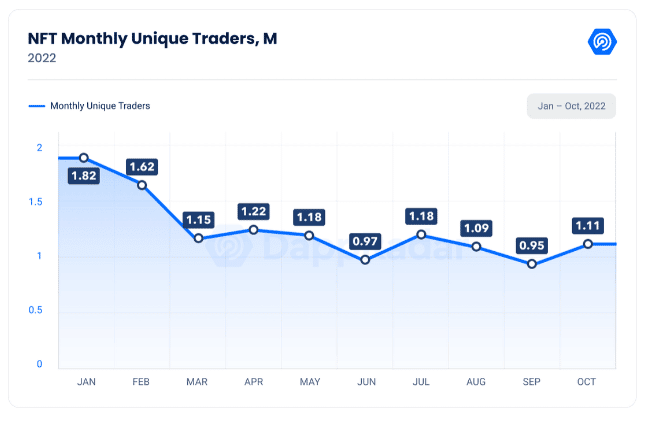 “The rise in the unique traders’ count indicates that new people are entering the NFT market, and it is still in great demand.”

Busy month for the NFT Market

For the NFT community, the month was very hectic. At least two other NFT marketplaces, Magic Eden in Solana and LooksRare in Ethereum, switched to an optional royalty arrangement.

The survey also noted Yuga Labs’ continued dominance in the NFT industry, with CryptoPunks and Bored Ape Yacht Club accounting for seven of the top-10 sales for the month.

Compared to August, the NFT trading volume appreciated by 10.4% in September alone. Additionally, the sales count climbed by 21%, demonstrating the sustained high demand for the NFT industry. On the other hand, the cryptocurrency market’s devaluation may have contributed to the overall decline in trading volume.

The analysis also showed that despite a 76% decline in NFT trading volume on Ethereum from Q2, there were 11% more NFT trades overall. Despite a 96% hike from the previous month, Solana’s NFT trading volume was still down 63% from Q2.

The introduction of the y00ts collection, which gave Ethereum NFTs a run for their money, was what fuelled the expansion of the latter. Within a month of its introduction, it surpassed NFT giant OpenSea’s volume charts and generated 435,000 SOL or approximately $15 million in secondary sales.

Since a few months ago, OpenSea’s rivals have expanded their market share, converting the “monopoly” market into an “oligopoly.” Although Ethereum and Solana-based exchanges X2Y2 and Magic Eden have increased their market share since 2022, OpenSea still dominates the sector in terms of users and volume.

When compared to August, OpenSea’s market share dropped by 8.3% in October and its monthly NFT trading volume fell by 12.1% ($313 million). Since July 2021, this is the lowest trade volume we have seen.

NFTs and their underlying marketplaces are displaying strong signs of enduring despite fluctuations, even though all markets are currently experiencing increased volatility.

With all the hoopla, more and more businesses are considering NFTs as a means of capital raising. The flexibility of NFTs and their capacity to transfer verified ownership of a rare product on the blockchain are what makes them so attractive. However, businesses should think about any potential regulatory constraints that may restrict the use of NFTs for fundraising before considering an NFT offering.