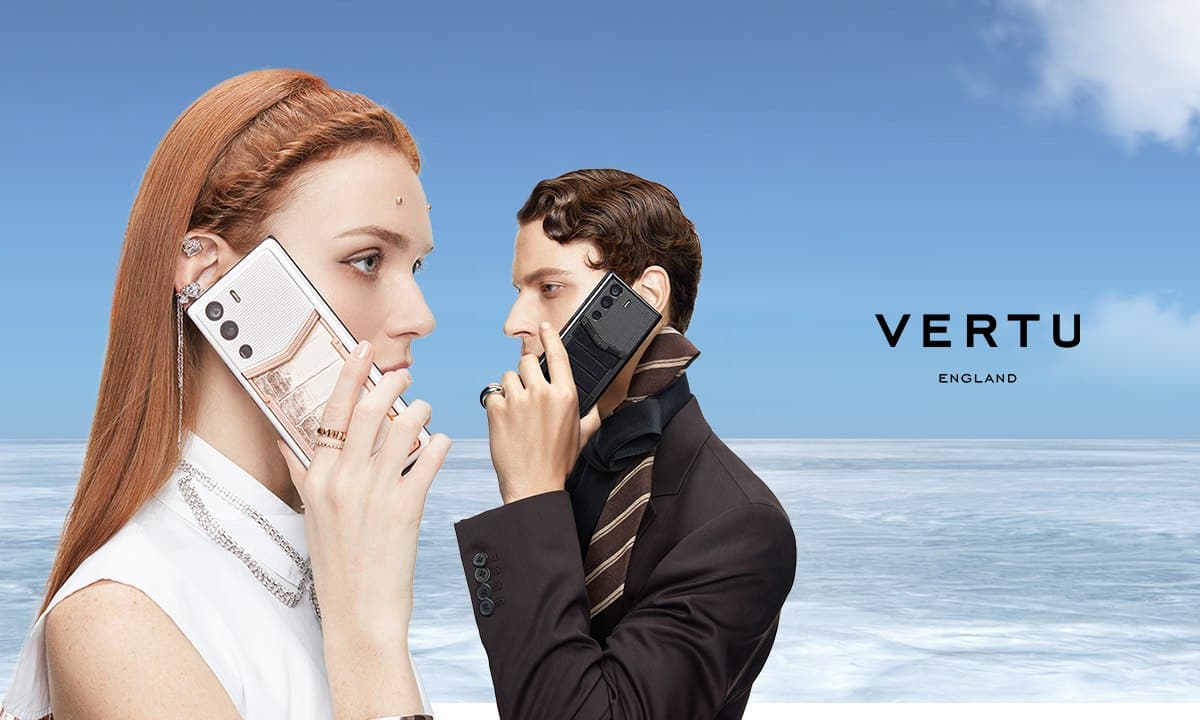 VERTU is a luxury phone company that operates with the vision of creating extraordinary products with exquisite craftsmanship by putting together high-performance technology, rare materials, and concierge services.

In an interview with Molly, the Vice President of VERTU, we talked about the vision behind the brand, METAVERTU, the fashion and lifestyle arm of the platform, and much more.

1. Tell us more about VERTU? What is the vision behind creating the brand?

In 1998, Nokia had a vision — to create the world’s first-ever luxury phone. In 2002, VERTU was officially established in England, as the pearl in Nokia’s crown. The phone expressed three core values — beautiful design, aristocratic elegance, and connecting people through technology. The brand’s insight: “You don’t settle for ordinary in any other area of your life, so why do it with one of your most personal possessions?”. VERTU was the pioneering luxury phone, yet it was also so much more than that. By giving users access to unique concierge service at the push of a ruby key button, it opened a portal to an elite way of living too. 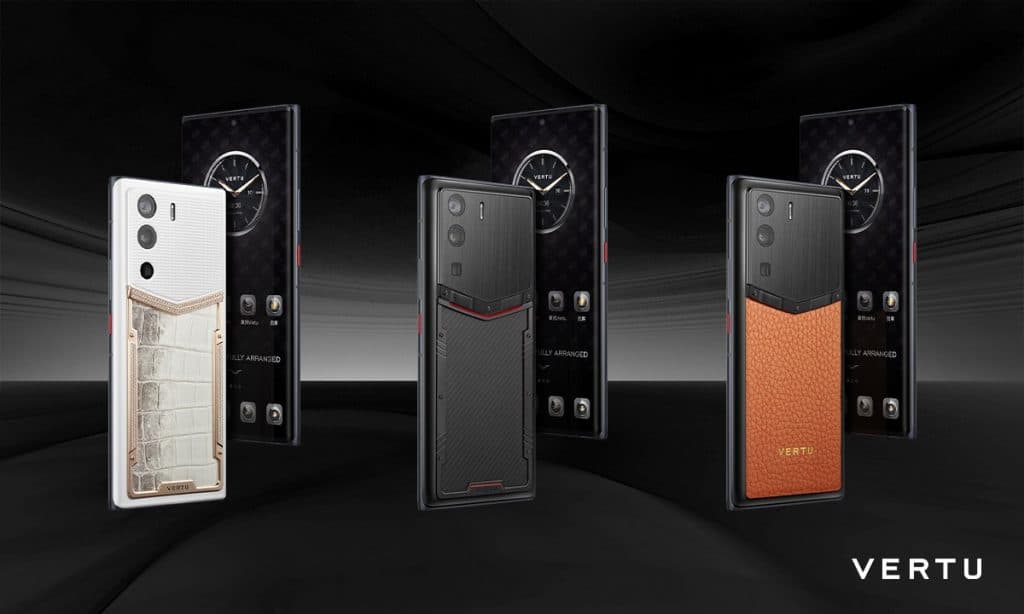 VERTU was born out of Nokia and formed by British culture. It embodies the essence of Englishness with all of its unique charm. For instance, British culture has always embraced both the traditional and the cutting-edge. Likewise, the VERTU V goes in two directions — one pointing to the past and the other to the future.

The past is VERTU’s commitment to timeless quality. The future is VERTU’s passion for innovation, which is why we have stayed loyal to the satisfyingly tactile button style of the Signature series. And it’s also why we have embraced flexible screens and foldable 5G handsets. VERTU is a classic brand, not an old one. After 24 years we are always innovating, yet always pleasingly familiar.

2. What is METAVERTU? What features make it stand out from others in the market?

Web3 is a concept that is on fire in 2022. From bitcoin, blockchain, mining, and DeFi, to BAYC, the BORED APE YACHT CLUB that sells for millions. Web3 is an industry that has been breaking people’s inherent perceptions of the internet, and with millions of DApps comparable to Apple’s ecosystem, it has begun to take shape, which means that Web3 mobiles are ripe with opportunity. 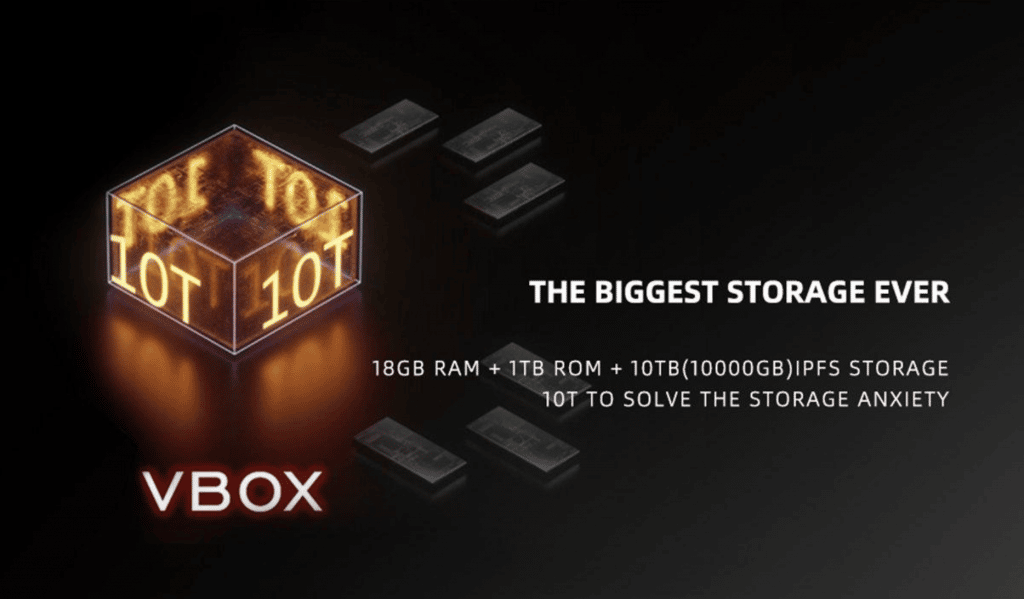 That’s why VERTU created METAVERTU. We have the right to choose which chip could be embedded in a phone, and we can adjust and test the hardware to reach maximum efficiency. We think that METAVERTU can be used as a smart terminal portal that will open the door to the Web 3.0 world, and that is also the reason why METAVERTU stands out from others in the market.

3. How does METAVERTU help users become a part of the Web3 ecosystem?

VERTU cares about the people, and we want to start a revolution to break the digital hegemony that has long been monopolized by internet giants. This leads to our new web3 core value: data governance of the people, by the people, and for the people. It is our mission to bring people into the web 3.0 world smoothly, and let them enjoy the security that comes with having their own digital sovereignty.

By using the METAVERTU, each smart device can become a blockchain node, building a Web3-based behavioral value internet and returning user rights to the individual. With this game-changing phone, each user will have a new, unique identity with full anonymity and security. By using technologies such as blockchain, AI, big data, and I0TB storage space, all of the user’s data and property will be under their control alone.

We really focus on simplifying the web3 ecosystem, and we do this in three ways. Firstly, the Metaspace in METAVERTU gives you the ability to switch between web2.0 and web 3.0 with just one click, and this space has been encrypted to secure it against hacking.

Secondly, we have divided the web3 dapps by layers in metaspace and employed a clear navigation system so that users can easily find what they are looking for. Last but not least, we provide our users with a one-to-one consulting service, so if they have any questions, they can contact a member of our strong consulting team directly.

4. Talk to us about the lifestyle and fashion wing of  VERTU?

VERTU began as the dream of Italian-American phone designer, Frank Nuovo. He sensed that there was a market for a luxury couture phone — a phone that would inspire every person who held it. When he took his idea to Nokia, they had their doubts. Yet in the end, they couldn’t resist Frank’s vision. VERTU was born. He claims that the V shape represents life’s ups and downs, its peaks, and troughs. A VERTU user doesn’t fear these challenges — they simply turn them into their next success.

For the Fashion aspect, VERTU was born in London, and British culture is the lifeblood of VERTU. It inspires us to create classic English fashion styles and also collaborate with talented designers. The iconic Oxford and Cambridge Boat Race are Thames-inspired literary works, like ‘The Wind in the Willows, this majestic river gives life to Britain. This is why VERTU engineer Mark Darkin worked painstakingly to carve an image of the river onto the back of the Signature series. Also, the co-branding with Bently, Hiroko Imada, and Ferrari expresses the pursuit of diversified fashion styles from VERTU.

The aesthetic designs of VERTU stem from British culture, which is the lifeblood of our London-born brand, inspiring us to create classic English fashion styles and collaborate with talented designers. The River Thames is an iconic part of London, which is why VERTU engineer, Mark Darkin, put his heart into etching an image of it into the back of the Signature series.

5. What is Metaspace? What makes it special?

We know that Web3 migration won’t happen overnight, but the METAVERTU has a simple one-key seamless switch, that allows users to toggle between Web 2.0 and Web 3.0 modes. That is our METASPACE, this twin function system grants access to the everyday usage of Web2, as well as the more innovative Web3.0. This means that you can use your apps normally while having the power to enter the Web 3.0 world with just one click.

METAVERTU has a luxury Web 2.0 OS, that offers ten exclusive system interfaces, and from the lock screen to the icon, your personal calendar integrates with your entire phone experience.

6. What lies ahead on the VERTU roadmap? Are there any partnerships or collaborations we can look forward to in the near future?

Hence, We will have the next few steps to reinforce the vision: Firstly, we will build NAS  which private cloud system building, the IPFS storage server + router + VPN + Ethereum full node. 60% has been completed, which is expected to be completed in January 2023; Second is the VAAS platform building.

In this platform, the developer center is aimed to lower the difficulty and cost. This project has accomplished 30% which is expected to be completed in March 2023; Thirdly is the Staking platform building. By having this platform, phone users will be better participate in Ethereum 2.0. We will also pour into a $50 million fund in web3 mobile phone ecosystem building, to help more DAO organizations grow.

Our next few steps are to reinforce our vision. Firstly, we will build NAS, our private cloud system, with an IPFS storage server + router + VPN + Ethereum full node. We are 60% of the way there and expect to be completed in January 2023.  Secondly, we are building our VAAS platform, where the developer center is aimed to lower the difficulty and cost.

This project is 30% completed and is expected to be finished in March 2023.  Thirdly we will build our staking platform. By having this platform, users will be able to better participate in Ethereum 2.0. We are also going to put $50 million into funding the growth of the web3 mobile phone ecosystem, to help more DAO organizations grow.

Our vision in the future will be: Mobile phones should be the entry terminal of the web3 world, helping to promote the comprehensive replacement of iOS and google play by Blockchain Ecology. We define ourselves as a portal, a platform, and a builder for web3, we also raise funds in our forum called the republic of VERTU, we want the whole ecosystem to grow. We have talked to some public blockchains and game-fi platforms, and they showed lots of interest in collaborations, so it will have some announcements in the future.

Our vision for the future sees mobile phones being the main entry terminal into the world of web3, helping to promote the comprehensive replacement of iOS and Google Play, by Blockchain Ecology. We define ourselves as a portal, a platform, and a builder of web3, and fund our platform, Republic of VERTU, to help the whole ecosystem grow. We’ve been in talks with public blockchains and game-fi platforms that show interest in collaborations, and we will be making announcements in the near future.

7. Community engagement is an important part of any platform. What steps are you taking to ensure that you keep your user base engaged?

To ensure that VERTU keeps our user base engaged, especially web3 users for METAVERTU,  we put lots of effort to make a community with web3 interest. We have created several popular social groups on various platforms, such as telegram, Twitter, and Discord, and our own social community tool “VTALK”, by using VTALK, people in our community are free to choose which group they want to get involved.

Since each platform has its own characteristic, we create different contents and activities in those accounts such as releasing whitelist, on-chain data analysis, DeFi reports, airdrop calendar, etc., which resonate with readers to enhance the engagement between our METAVERTU and users. We also hold offline events in several cities and places.

To ensure our VERTU user base and web3 users of METAVERTU remain engaged, we are striving to develop a vast and connected web3 community. We have created several popular social groups on a variety of platforms, such as telegram, Twitter, and Discord, and have our own social community tool, VTALK. By using VTALK, people in our community are free to choose with which groups they want to get involved.

Since each platform has its own characteristics, we create different content and activities for them, such as releasing white lists, on-chain data analysis reports, DeFi reports, airdrop schedules, etc, to resonate with readers and enhance their connection with METAVERTU. We also hold offline events in several cities.

For more information on VERTU, please check out their official links below: