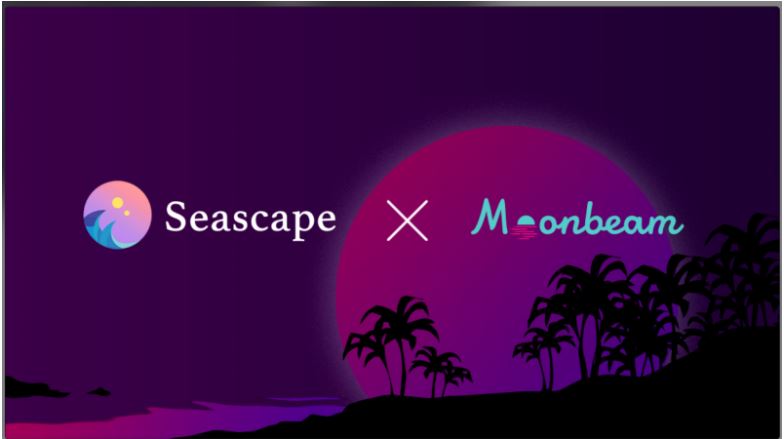 Seascape Network, an innovative gaming platform based around Web 3.0 economies, is joining with the Polkadot Smart Contract platform Moonbeam to bring the chain to SeaDex, an original decentralized exchange. This integration heralds the continued diversification of the Moonbeam ecosystem, bringing Gamefi into the fold. With the addition of Moonbeam to the network, Seascape users can get their Crowns, RIB, and MSCP tokens in anticipation of the Closed Beta release of the Moonbeam exclusive Moonscape.

First project of the Seascape signature launchpad Lighthouse, Moonscape is a fresh twist on the resource management strategy genre. Players explore a futuristic moon while building cities that can become NFTs to be traded, bought or sold on the market. Here, players can enhance their growing cities, attack rival cities, and join forces with allies in the pursuit of Moon domination. City buildings offer opportunities to improve in-game features, such as defense, as well as provide users the opportunity to engage in tried-and-tested DeFi mechanics, such as staking, minting, burning, and trading. The coupling of time spent in-game with the ability to earn rewards is known as the play-to-earn (sometimes abbreviated as P2E) model of gaming, which lies at the heart of the DeFi gaming movement.

Players will use rovers to battle ferocious aliens to collect resources, as well as to attack and plunder rival cities. Rovers and cities themselves can be upgraded using natural resources, while the Moonscape signature token MSCP through its associated resource MoonDust can be used to attain rare rovers, increase resource harvests, and improve DeFi features. Rovers, as well as cities, can be turned into NFTs to be bought, sold, or traded on open markets like the Scape Store.

About the Moonbeam Network

Moonbeam is an Ethereum-compatible smart contract platform on the Polkadot network that makes it easy to build natively interoperable applications. This Ethereum compatibility allows developers to deploy existing Solidity smart contracts and DApp frontends to Moonbeam with minimal changes. Following Moonriver’s tremendous success on Kusama as the most active deployment destination for over 80 DApps, Moonbeam benefits from the shared security of the Polkadot relay chain and integrations with other chains that are connected to Polkadot. Learn more: https://moonbeam.network/.

About the Seascape Network

Seascape Network is a gaming platform based around DeFi and NFT economies. By turning the core concepts of DeFi into easy-to-access games, Seascape lowers the bar of complexity linked with DeFi and crypto more generally. With a focus on excellent quality and proper incentives to both players and developers, Seascape is changing the way the world thinks about gaming. Available on Ethereum, BSC, and Moonriver chains.

Your Game. Your Rules.