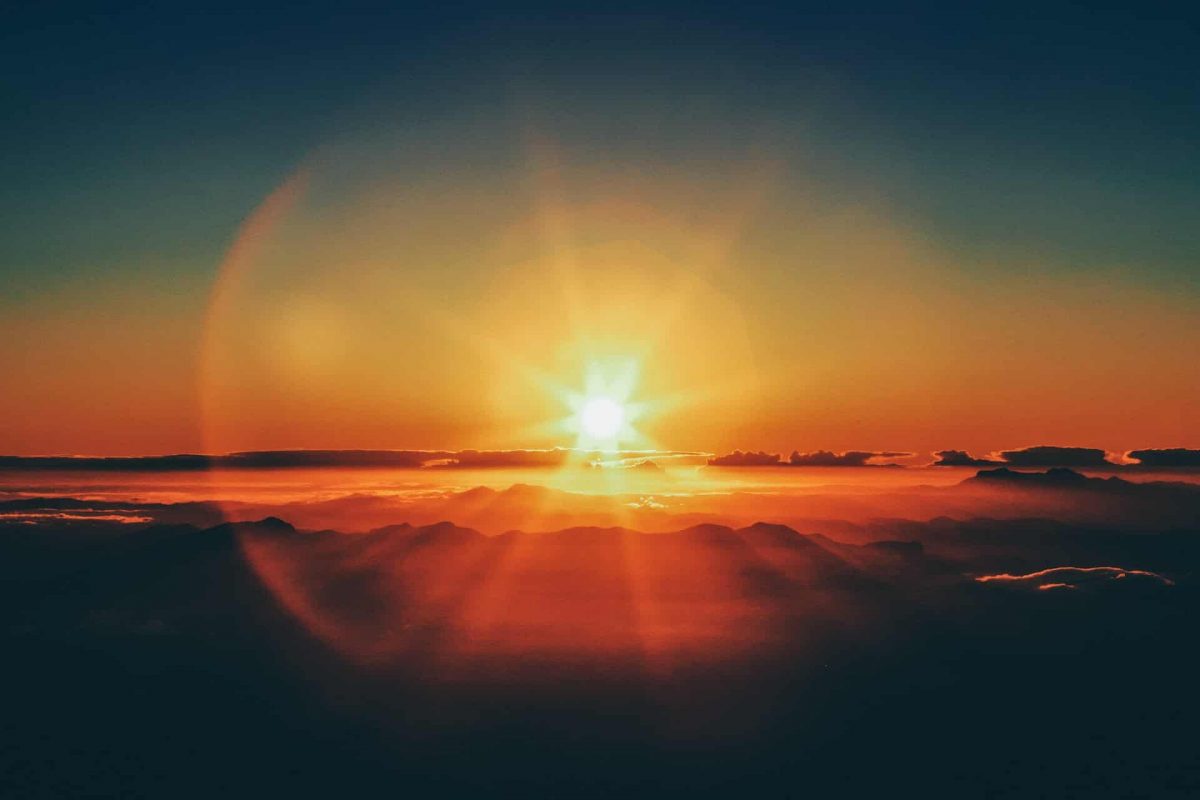 NEAR Protocol announced on Twitter that they had formed a partnership with Google Cloud. According to the official statement, the cooperation was formed so that network developers who had received grants could more easily create and deploy Web3 projects and decentralized applications (dApps). Now, you ask, how did the market react to this new partnership?

The announcement may have had a favorable effect on price activity, as seen by the daily time frame. According to the chart, NEAR’s price increased by a little over two percent between the opening and closing prices on 5 October.

The stock opened at $3.623 and ended at $3.696. In addition, a high of $2.729 was seen during the same time period. Looking at the volume indicator, the number of trades during this time period was quite close to eight million. This was the highest since the beginning of October. 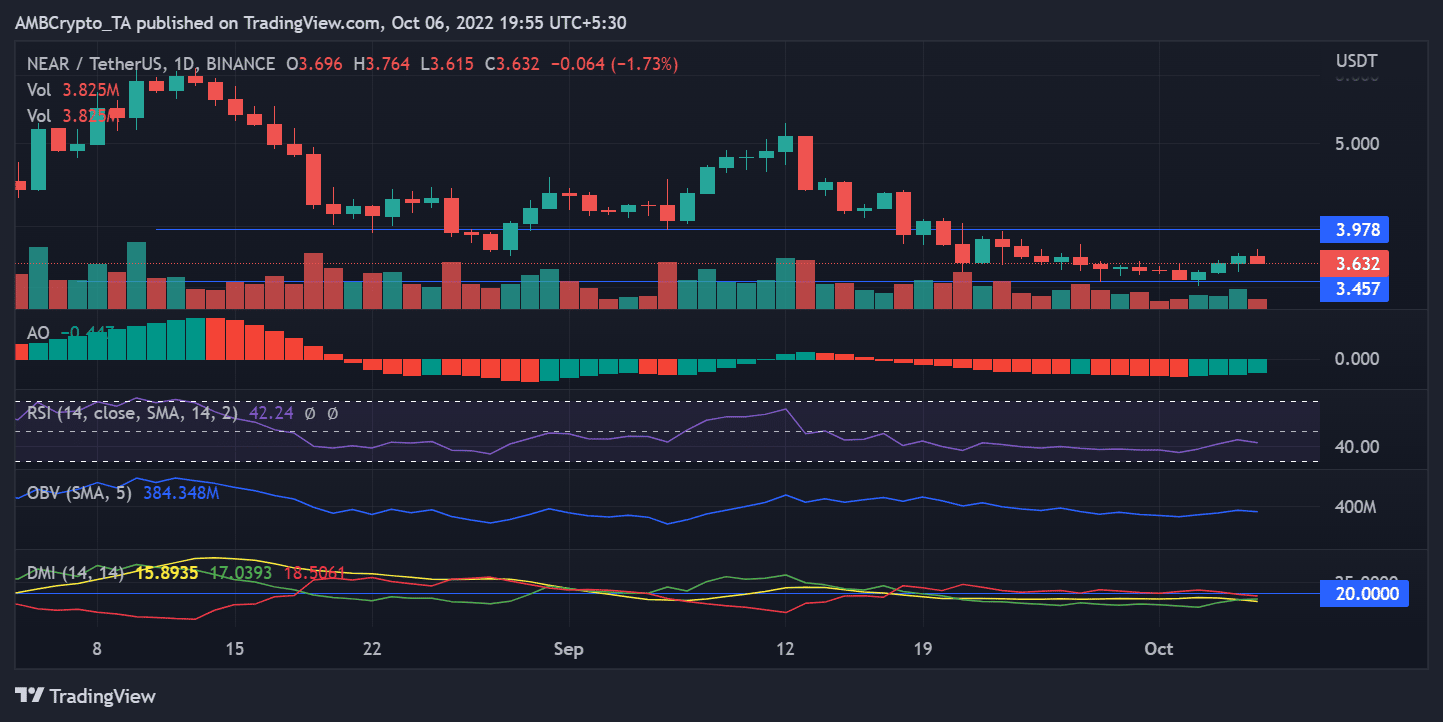 There were a few tests near the $3.45 support level on the daily time frame, and there was resistance in the $3.978 price area. Aside from the slight uptick in price, no discernible price movements had been seen in the past.

Consequently, the price action on the daily time frame had appeared seemingly sideways for the past few weeks.

A look at the chart revealed a line just below the neutral point on the Relative Strength Index indicator. This was indicative of a bearish trend, but not, particularly a strong one. This much could also be gleaned from the Awesome Oscillator indicator on the daily timeframe.

Looking at NEAR’s price action on a weekly time frame, we can see that after experiencing a downward trend from roughly May till June, it has since been trading sideways.

The weekly chart revealed that the $3.722 area provided support, but that it was being tested. If this level fails to provide support, a new one might form.

Indicators of resistance were spotted at the $6.237 area, with no potential test in sight. A weekly gain of over 5% was also depicted on the chart. 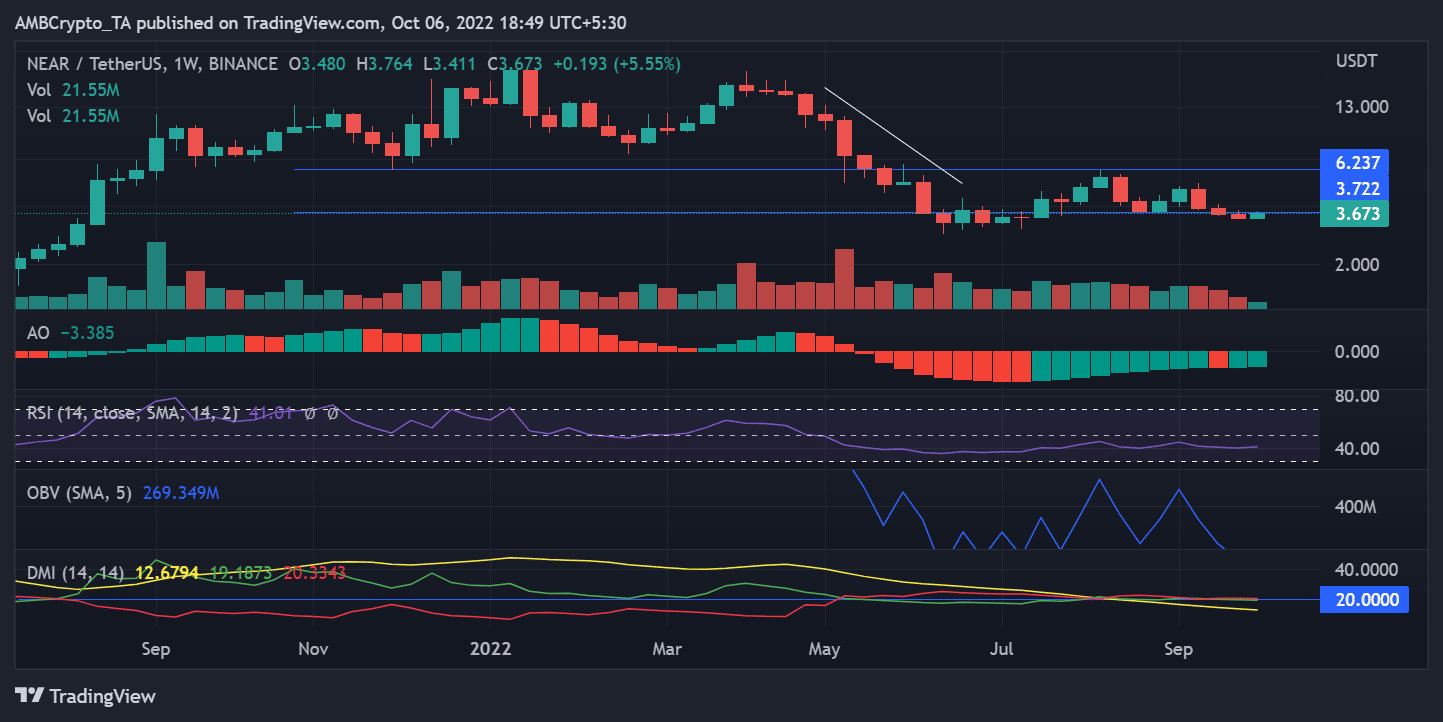 Stats obtained from DefiLlama showed that in the last 24 hours, the platform saw a 0.26% point increase in the Total Value Locked (TVL).

The acquired information also revealed that the TVL was over $270 million, down from the over $400 million that was secured in June.

Potentially, the TVL decline can be attributed to the bear market. The TVL also could see an increase as more projects ship on the network.

The $3.7 price area on the weekly timeframe appears to be the nearest point of resistance. In the immediate term, a breach of this level could imply an upward trend and a possible challenge of the $3.9 resistance area.

Different initiatives with unique capabilities will launch on the network thanks to the funding offering and the collaboration with Google Cloud. As a result, this may have a constructive effect on the alt’s price and long-term holders might be able to smile again.