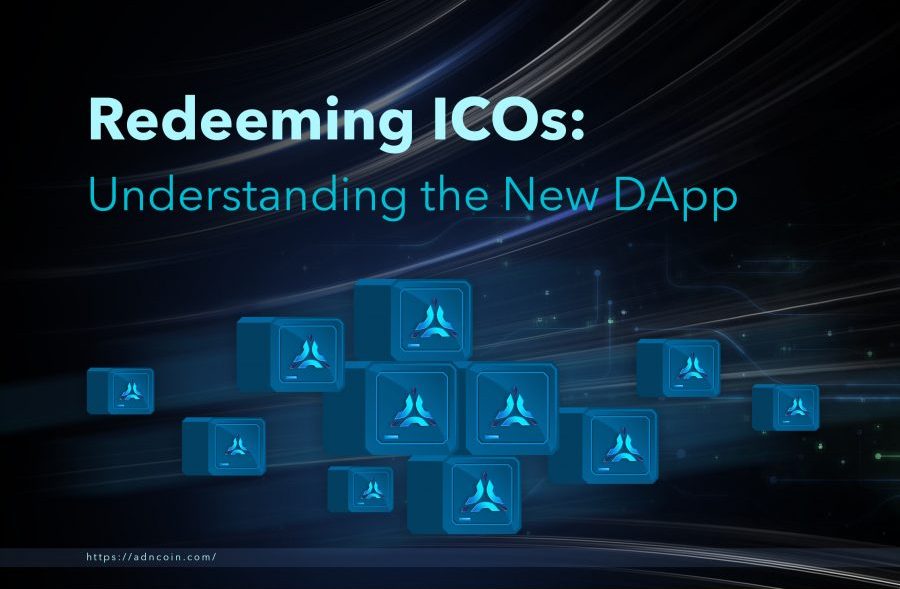 Recent news broke about the publishing of ADN’s official press releases on cryptocurrency news outlets like CoinTelegraph, CCN, and BitcoinMagazine. This was soon followed by announcements revealing the successful listing of ADN Coin on premier cryptocurrency exchanges like BitForex and Coinbene.
Final preparations are underway, and many in the ICO community are anticipating the launching of ADN’s Mainnet. To satisfy our curiosity, we contacted Tad Einstein, CIO of ADN. He is working alongside ADN’s CTO in developing the ADN Mainnet.
In a Nutshell
The primary purpose of the ADN platform, according to an exclusive interview with Tad, is to “re-instill” investor confidence in ICOs by providing a secure investment and transaction platform.
According to a study by ICO advisory firm Statis Group, more than 80% of all ICOs conducted in 2017 were identified as scams. In terms of money, over $1.34 billion were given away to those people who conducted the scammy ICOs. Now, ICO has such a negative connotation that many people have already attached the words scam and dirty to it.
This was what Tad was referring to. He believes that through ADN, ICOs will reclaim its title as the legitimate and vintage way for promising tech startups and small-and-medium [SME] enterprises to receive funding from the crypto community.
Revolutionizing ICOs
ADN has a lot of features which are unique to its platform. While it remains in the same league with other blockchain ecosystems like Ethereum, EOS, and TRON, it boasts investor security features that will safeguard the investments of ICO participants, at the same time it provides proactive support to ICO holding companies to garner trust and funding from investors.
Tad said:
“The technical components of the platform consist of a main network which supports smart contracts and advanced business logic, the ADN cryptocurrency which encapsulates all underlying ICO assets into a robust, secure, and flexible unit of trade, and an ICO Wallet in which funds cannot be accessed by ICO-holding companies except those approved by the ICO participants.
When asked to elaborate, Tad said that the ICO Wallet is one of their biggest innovations as of now and that they have already filed a patent for it. While he expressed so much enthusiasm in mentioning the innovation, he opted to keep mum until ADN gets the award for the patent.
Entirely From the Ground Up
Tad believes that ADN is not like any other DApp-creation platform, simply because they designed it to introduce new standards and levels of excellence surrounding the ICO process and marketplace. He also admitted that they created ADN out of the dire “need” to restore the ICO practice back to its regal state.
“ADN is a new ecosystem built entirely from the ground up to introduce a better way to fund, run, and transact with blockchain technologies,” Tad said. ”ADN’s platform will bring in a new degree of trust and transparency to blockchain-based projects.”
According to the ADN roadmap, the ADN mainnet will go live in September 2019, so it’s safe to say that all technical details regarding ADN’s breakthrough ecosystem will be disclosed at this time.
ADN’s Einstein
Toward the end of our conversation with Tad, we asked him if he was, in any way, related to Albert Einstein, the 20th-century genius celebrated for his revolutionary Theory of Relativity and many more. He laughed, inadvertently revealing that he had been asked that question far too many times. Then he admitted that he indeed is a descendant of the esteemed luminary. He even jokingly said that he had no choice in the process.
Nevertheless, he admitted that he feels honored to carry the family name, and in his own way, he is helping the world improve technologically, all in the name of humanity.
Alongside working to develop ADN’s Mainnet, Tad is currently the CTO of DeepDive Technology, an international tech company that assists companies through enterprise architecture consulting, user experience design, enterprise app engineering and development, active software maintenance, software testing, and production operations support. DeepDive Technology is also one of the chief partners of ADN.
ADN plans its coin to be listed on 30 cryptocurrency exchanges beginning June 2019, and so far, two major exchanges have opened their doors, namely BitForex and Coinbene. To celebrate the recent listing, BitForex is holding a trading event wherein the top 100 ADN traders will share a pool of 10 million ADN and $10,000 as rewards. A total of 1 million ADN Coin will also be distributed evenly to all participants who will be able to trade at least 50,000 ADN Coin during the event period.
The event runs from June 10 at 5:00 p.m [GMT+8] until June 24 5:00 p.m [GMT +8]. Fur further information regarding the event, you may visit here.
Meanwhile, we encourage you to join ADN’s official channels to be updated with the latest news about the platform.
Website
Telegram
Facebook
Instagram
Twitter
LinkedIn

Storecoin, with early backing from Ari Paul of BlockTower and more, is launching its long-awaited Milestone Token Sale on June 20th