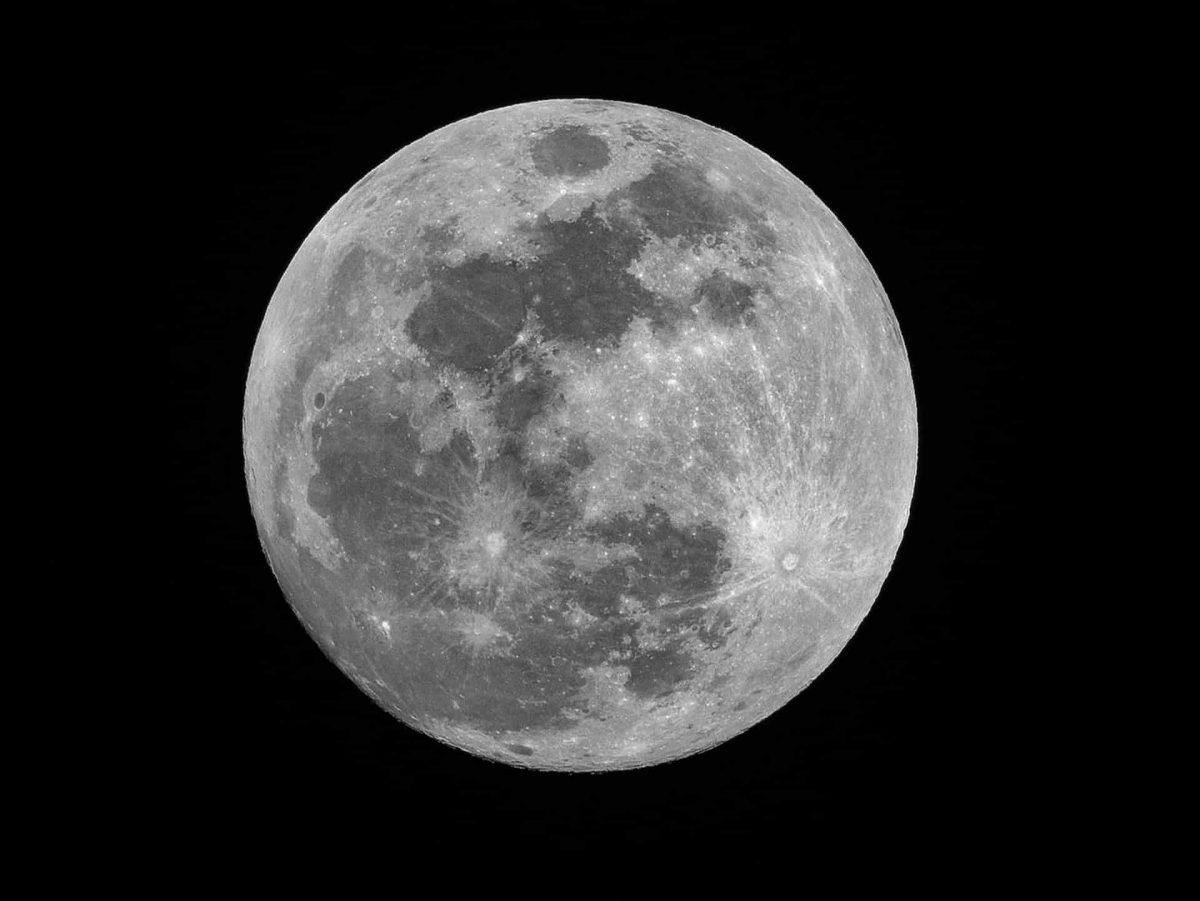 As previously noted, since entering the markets in early 2021, the SafeMoon price has increased by more than 140,00%. This emphasizes the coin’s tremendous momentum.

Being an altcoin, SafeMoon is very responsive to changes in the larger crypto market. With the price of Bitcoin and Ethereum down more than 60% from their all-time highs in 2021, the crypto markets appear to be on a pessimistic trend as of 2022.

SafeMoon (SFM) has been showing some resilience for the last 3-4 days in a highly volatile market. Its price is oscillating between $0.00026 and $0.00030. SFM’s price has dropped by over 30% since the now bankrupt cryptocurrency exchange FTX collapsed on 7 November.

Despite its persistence, the coin’s price should be assumed to be unpredictable for the next few weeks. Once the crypto market regains its stability and dust settles, we cannot know for sure how retail investors react to this memecoin.

During the 2021 cryptocurrency boom, the currency experienced unexpected growth, but its value plummeted significantly during the market crash earlier this year. The value of SafeMoon has skyrocketed in the last year, reaching a high of $0.00001194 in April 2021.

The future of Safemoon is uncertain, given the largely bearish trend in the cryptocurrency market. Analysts advise caution while purchasing this coin.

So, why do these projections matter?

Since its introduction, SafeMoon has outperformed the majority of the top meme coin projects’ ROI, where most of them have been operating for a year. As one of CoinMarketCap’s most popular pages, SafeMoon has had more visits than Bitcoin and Ethereum combined. SafeMoon received a breakout reaction, or nearly a million searches, according to Google’s trending statistics of the globe filter.

In 2021, SFM significantly repaid its investors. Given how volatile the crypto market is, it is impossible to predict the price of SafeMoon or any other cryptocurrency in the future. However, given that SafeMoon switched to V2 in December 2021, the performance of SFM Coin in the future is promising. This coin is actively promoted by the SafeMoon army, which works nonstop day and night.

This article will take a look at SafeMoon’s recent market activity, paying particular attention to its market cap and volume. With the aid of datasets like non-zero addresses, whale transaction counts, etc., the same will be expanded upon. The most well-known analysts’ and platforms’ predictions will be summarized at the end, along with a look at the Fear & Greed Index to gauge market sentiment.

SafeMoon’s price, volume, and everything in between

SafeMoon was launched in March 2021 with a supply of 777 trillion tokens. Its rising popularity, coupled with the crypto-boom of 2021, proved to be extremely successful for the coin as its price hit an ATH by around mid-April.

By the end of October, its price continued to hit new levels and sustain previous levels whenever drawdowns came to be.

The popularity of SafeMoon earned it a huge number of users. Launched in March 2021, its market capitalization grew exponentially within a matter of a few weeks, peaking at $5.75 billion in mid-May. By the end of October 2021, SafeMoon’s market cap was above $3.65 million.

During the crypto-collapse of 2022, the market capitalization of SafeMoon fell from $1.4 billion (early January) to a little over $215 million. At press time, its market cap was above $152 million.

According to CNBC International’s estimation, the tremendous flood of stimulus from governments and central banks throughout the world to treat the coronavirus epidemic will only enhance investment in the SafeMoon trade, according to proponents of the cryptocurrency. They contend that such activities reduce the value of fiat money, making SafeMoon a profitable investment for holders of cryptocurrencies.

Several celebrities, including the Backstreet Boys’ member Nick Carter, the young rap sensation Lil’ Yachty and Youtuber Logan Paul, have endorsed SafeMoon. The coin has also been subject to several lawsuits, however, with some accusing it of recruiting celebrities to help shoot up its price.

Everyone needs #SAFEMOON or this will be you 📈 pic.twitter.com/r9DCQG0pmQ

One of the more recent incidents in the SafeMoon celebrity endorsement saga was when SafeMoon investors brought a lawsuit against Barstool Sports founder, Dave Portnoy. Portnoy was in the news in September 2021 when he invested $40000 in SafeMoon, calling the crypto his “favorite sh*tcoin”.

Investors accused him of pumping the crypto and then dumping his positions. However, Portnoy claimed that he did not make any money on his investment and as a matter of fact lost a significant part of his investment.” Im only guy who loses all his money in safemoon and gets sued for it,” he added.

However, the legal information website named Justia revealed that on 9 September, the plaintiffs filed a notice of dismissal in regard to Portnoy.

Towards the end of July, Bloomberg reported that SafeMoon had entered into a partnership with Pige Inu. The joint venture will see collaboration on Twitter as well as listing the latter on SafeMoon Swap.

That was not the only new listing for SafeMoon Swap in July. As per a report by Insider, SafeMoon had announced a corporate partnership with MetFX. As per the partnership, the project will be listed for trading on SafeMoon Swap.

Over the coming year, it would certainly surpass all restrictions and bring good fortune to anyone who invested in it. In fact, by the end of 2021, SafeMoon’s price easily hit $0.000001367 thanks to strong smart contracts.

Data from blockchain analytics firm Santiment revealed that market events have been able to influence SafeMoon’s popularity. Positive sentiment as well as its social dominance were at the low mark, at press time.

Both these metrics had first peaked in the aftermath of Terra’s collapse. Thereafter, it saw a spike in the month of August and September. But after 6 September, it has been on a consistent decline.

Market predictions are not completely trustworthy. Cryptocurrency analysts cannot always foresee larger political and economic forces such as geopolitical crises in Ukraine or increasing regulations. Besides, different analysts look at different sets of market metrics to arrive at their conclusions. Therefore, their predictions can widely vary. Investors should conduct due research before investing in any cryptocurrency, especially a coin as volatile as SafeMoon.

A Changelly blogpost says that crypto-experts have analyzed the price of SafeMoon since its launch and don’t predict a rosy picture for the token. According to them, SFM will be traded at as low as $0.00000002 throughout 2025.

Najumi writes that different forecasters have different expectations regarding the future of SafeMoon. In 2030, it could be traded within the range of $0.00211 and $0.011, she stated.

Here, it’s worth looking at the Crypto-Market’s Fear and Greed Index too. It’s been a bearish few days for the market, with the index with a reading of just 20, at the time of writing. On the contrary, the same had a reading of 47 earlier this month. Needless to say, there seems to be a lot of fear around.

SafeMoon employs a staking algorithm due to which you can gain more on your investment. Its staking algorithm lets users earn more interest on their investments than they would with traditional investment options such as stocks or bonds. It gained attention in the market with the launch of SafeMoon V2 in December last year. It brought with itself a 1000:1 consolidation update with a new total SFM supply of one trillion.

SafeMoon is still a respectable currency to invest in for good future profits. Being a meme coin, the asset is subject to significant price fluctuations. It is fortunate that it is a desirable alternative given its low cost. The asset has some promise, as evidenced by the aforementioned Safemoon projections.

1 trillion will be the new total supply for V2. With the burn, we have 575 billion in circulation. Token consolidation: 1000:1 V2 update.#SAFEMOONSUNDAY

The SafeMoon community also remains very strong, always making efforts to take it to newer heights. In fact, it won the Crypto-Community of the Year Award 2021 at the AIBC Summit held in Malta.

If we observe the price movement of SafeMoon over the past few months closely, we can expect an upward movement because it shows a breach from a falling resistance line and subsequent validation as support.

SafeMoon, like most memecoins, began its journey by mocking the craze of cryptocurrency. However, it quickly went viral and gained traction. The SafeMoon team quickly realized where it could go and soon launched the SafeMoon Wallet. The group has learned to ride on its influence over time.

An investor, who had previously sued the creators of the  Safemoon token for allegedly defrauding investors by artificially inflating the price of the tokens through false statements, dropped his class action last week. As this news emerged, the token’s price skyrocketed to $0.00000196. But it soon dropped to its usual price.

SafeMoon, like most memecoins, began by mocking the cryptocurrency craze. It quickly went viral and gained traction. The SafeMoon team quickly recognized its potential and launched the SafeMoon Wallet. Over time, the group has learned to rely on its power.

The future of SafeMoon, like the future of all cryptocurrencies, is uncertain, but it has the potential to soar if it is successful in adapting to new technological and market changes. Before investing in a cryptocurrency, investors should be wary of market trends and concentrate on researching the cryptocurrency’s long-term impact.

SafeMoon’s future, like that of all cryptocurrencies, is uncertain, but it has the potential to soar if it is successful in adapting to new technological and market changes. Before investing in a cryptocurrency, investors should be cautious of market trends and focus on researching its long-term impact. 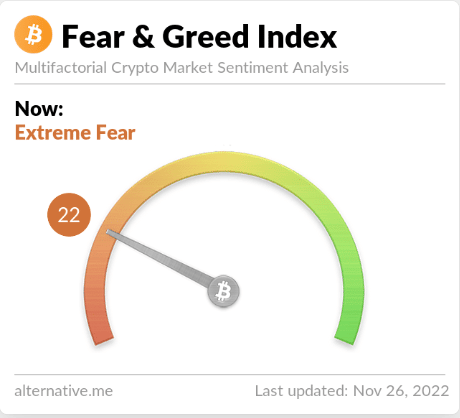