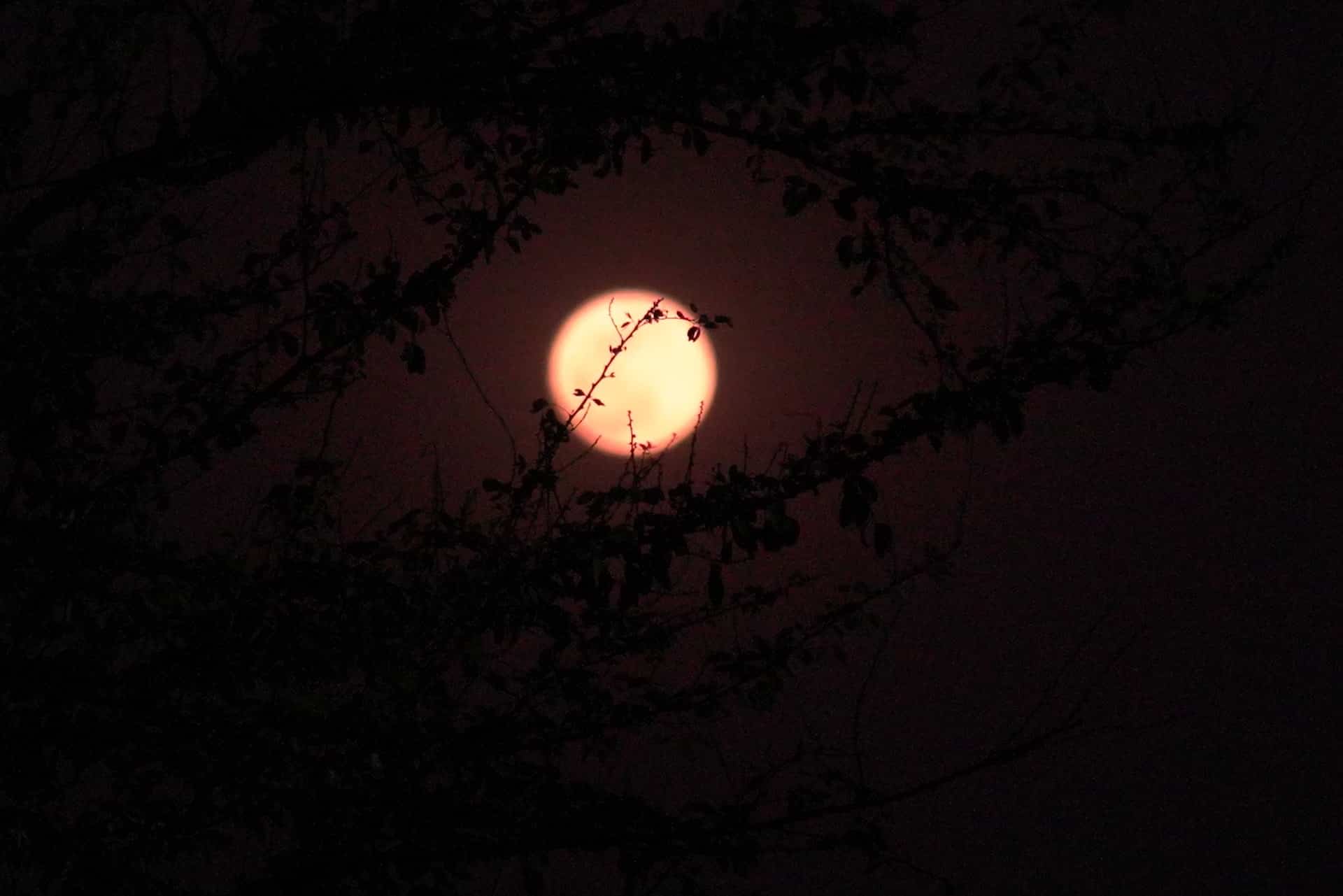 Although 2022 was a tough year for Terra Luna Classic (LUNC), the token has been surging as of late. At press time, LUNC was trading at $0.00019904, showing a surge of over 30% since last month. Terra had consolidated within the previous support zone established in November 2022 and showed the potential to rally higher in the weeks to come.

Transactions on the Terra 2.0 blockchain are validated through the proof-of-stake (PoS) consensus mechanism.

The leading cryptocurrency, Ethereum, has also transitioned from a proof-of-work to a proof-of-stake mechanism. This has only made the competition among PoS blockchains tougher.

The network has 130 validators working at a given point of time. As a PoS platform, it is considered to be a very eco-friendly token.

Why do these projections matter?

A stablecoin is intended to safeguard coin holders against the volatility of other cryptocurrencies. It is pegged to either a fiat currency such as USD or to a supporting cryptocurrency. Terra USD (UST) was pegged to Luna Classic (LUNC- then, only LUNA).

This is where the problem began. A cryptocurrency is in no way equivalent to gold reserves. As LUNA prices became destabilized, it adversely affected UST prices too, and the entire stablecoin system collapsed in May 2022.

For the initial few years, LUNC kept performing well. And, it was even among the top 10 cryptocurrencies by market value by the end of 2021.

But the Terra system collapsed in May 2022, leading to a fork. It basically launched a new version of Luna. The Terra Ecosystem Revival Plan 2 was implemented according to which both versions of the Luna token can exist.

Undoubtedly, the future of this cryptocurrency is crucial in determining if a failed crypto can make a comeback and grow.

Well, its performance after the May 2022 debacle has been, so far, less than celebratory.

But if LUNC trades well in the future, it will be a cause of celebration not only for this particular cryptocurrency, but for a lot of other cryptos.

LUNC’s price, volume, and everything in between 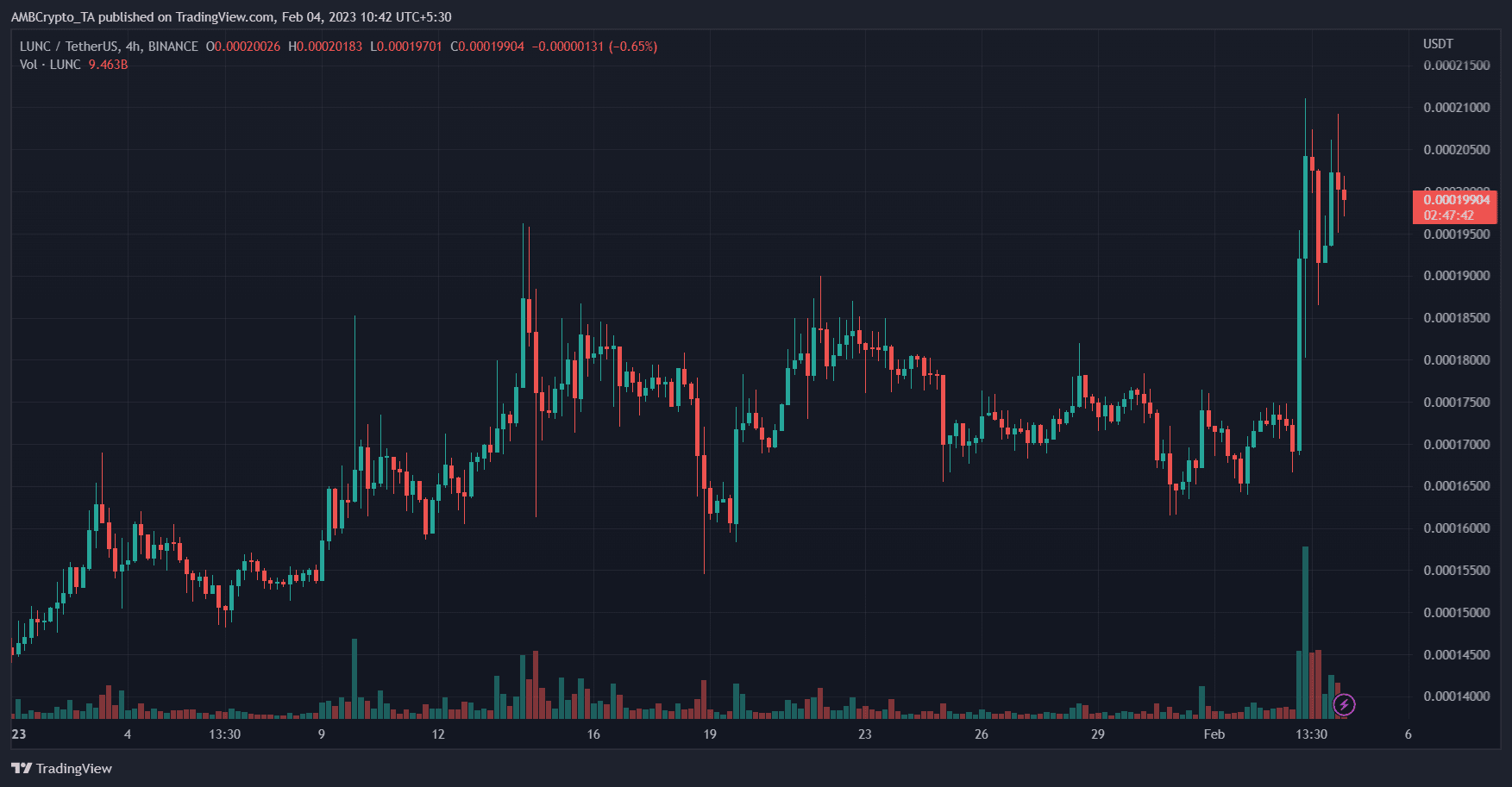 Bloomberg reported in May 2022 that the market lost approximately $45 billion within a week following the Terra collapse. Terraform Labs and its co-founder Do Kwon were fined $78.4 million in corporate and income tax by the Korean National Tax Service.

On 25 May 2022, Bloomberg reported that the network launched a new version of the cryptocurrency, LUNA. The older crypto is now called Luna Classic (LUNC) and the newer one is called Luna 2.0 (LUNA).

Though LUNC, the older cryptocurrency, has not been entirely replaced, a lot of users are moving to LUNA. It should be noted here that LUNC so far has not been performing well at all.

The market capitalization of LUNC similarly reflects the market sentiment regarding crypto. Throughout 2019-20, it didn’t even reach up to $500 million, but began increasing in 2021.

South Korea is now seeking to revoke Kwon’s passport following which he might be forced to return to South Korea. A request has been passed to the nation’s Foreign Ministry to scrap the travel document, reported Bloomberg. An arrest warrant has already been issued against him and other members.

Recently, Financial Times reported that South Korean prosecutors have reportedly asked Interpol to issue a Red Notice against Kwon. Kwon, however, tweeted that he is not on the run from any interested government agency and added that the company is in full cooperation and doesn’t have anything to hide.

The crypto crisis that followed the collapse of the twin coins, Terra USD and Luna Classic, has adversely affected the entire crypto market. LUNC, in such circumstances, remains particularly vulnerable.

Before you read further, you should understand that predictions of different cryptocurrency platforms and analysts widely vary as different analysts rely on different sets of metrics to arrive at their conclusions.

A good number of times, these predictions can go wildly wrong. Besides, nobody can foresee events such as the Chinese crypto ban or the Russia-Ukraine crisis. Let us now have a look at what different analysts have to say about the future of LUNC in 2025.

Other experts, after analyzing the previous performance of LUNC, predict that its average price in the said year will be $0.015.

Now, it’s worth addressing the elephant in the room too. Pre and post-crash projections and opinions on the project have changed significantly over the last few months. This means that there is a lot of uncertainty around. For instance, back in March, Professor Carol Alexander, a member of Finder’s panel of experts, claimed,

“… as its name implies, it could actually go to the moon (for a while).”

On the contrary, there are others who believe,

“There is a lot of uncertainty around LUNA right now –⁠ the project is really ambitious and the objective an admirable one but just what the effect on the LUNA token itself will be is unclear.”

So far, we have provided a succinct summary of LUNA Classic (LUNC). For those of you contemplating investing in cryptocurrency, we would like to reiterate that cryptocurrency predictions cannot be relied upon entirely. And, you should conduct your own research before making an investment in LUNC.

The only thing that can save the coin is token burning, which will raise prices by reducing market oversupply. It was already put to the test in September when Binance and other significant CEXs started burning LUNC tokens, sending the price of LUNC soaring by 60% in just a few hours.

The cryptocurrency market still remains very bearish and is likely to remain volatile for the next few months.

A recent Bloomberg report says that upcoming legislation would ban algorithmic stablecoins such as TerraUSD the collapse of which led to a global crypto crash. The said bill is currently being drafted in the U.S. House. The bill would make it illegal to develop or issue new “endogenously collateralized stablecoins.”

The New York Times interviewed Ethereum co-founder Vitalik Buterin last month who claimed that the Terra Luna team attempted market manipulation in order to boost the value of the native cryptocurrency. He also recalled that many “smart people” had stated that Terra was “fundamentally bad.”

In an interview with Laura Shin on the “Unchained” podcast on 28 October, Kwon claimed that he migrated from South Korea to Singapore before the demise of the Terra environment. He also refuted reports that he is eluding law authorities.

On 5 November, Terra Rebels tweeted that the first round of its lottery game had finally ended, with the winner going away with over 24 million Terra Luna Classic (LUNC). More than 10.5 million LUNC were sent to the burn wallet. As we can see, such efforts are underway in one way or another.

According to a recent third-party audit by JS Held, a New York-based consultancy firm, Luna Foundation Guard (LFG), the entity behind the defunct Terra ecosystem, spent $2.8 billion in crypto trying to defend the peg of algorithmic stablecoin TerraUSD (UST) in May. The audit also claims that Terraform Labs (TFL), the Terra blockchain developer, spent $613 million defending the peg.

We should watch out for how the Terra ecosystem reacts to these developments and if it can adapt to the emerging trends. These changes will determine if LUNC can gain the trust of the investors.

Luna Classic has announced that it will re-enable Inter Blockchain Communication (IBC), a protocol to allow the sharing of messages and trading assets with other blockchains. A member of the Terra Classic development team confirmed this on Twitter.

Related Topics:Luncterra Luna
Up Next