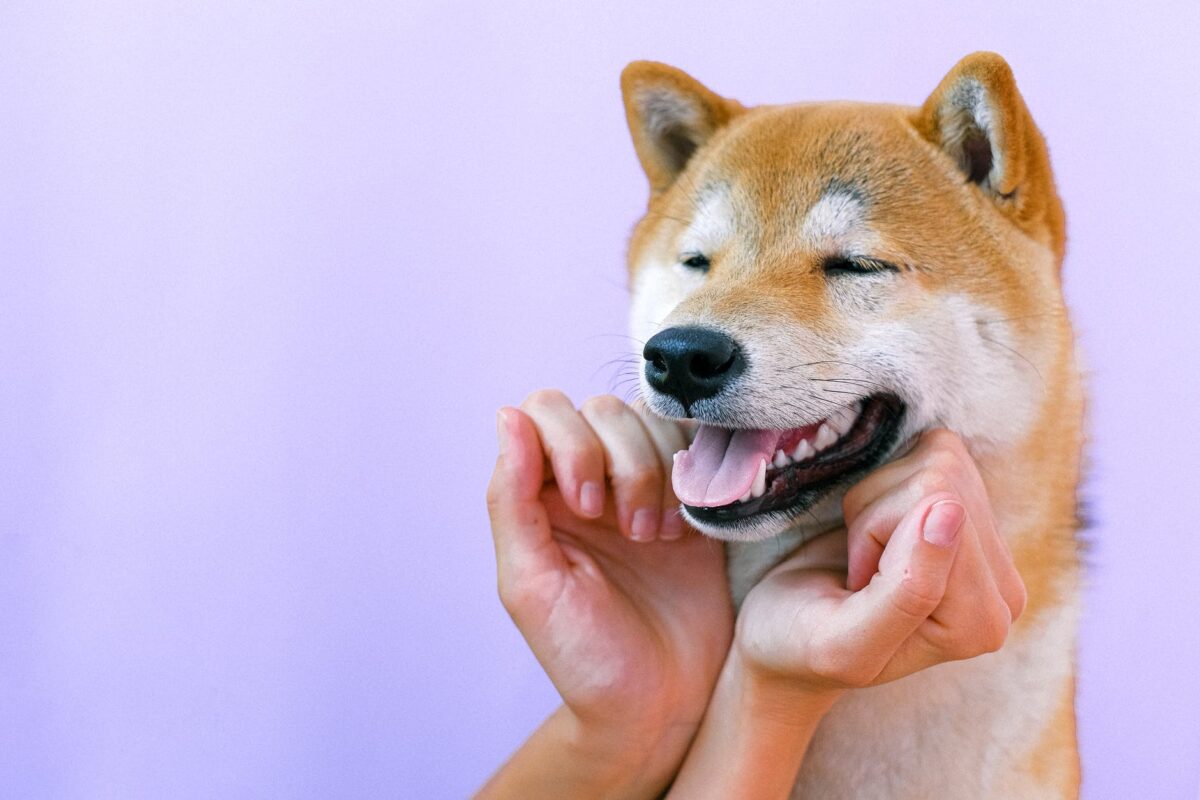 Sharing is caring. SHIB, at the time of writing, didn’t share the market sentiment though. While most altcoins were bleeding, Shiba Inu held its head high with a 4.39% hike over the last seven days.

Worth noting here that the meme coin saw its price grow by more than 300% within a month of its launch. This marked a trading fury reminiscent of Dogecoin in early 2021. Originally starting out as a fun token, the digital currency grabbed mainstream attention mainly due to its low barrier of entry.

Also, it is important to note that due to its impressive price trajectory, investors started allocating a percentage of their portfolio to SHIB. In fact, a survey by Statista revealed that most consumers in the U.S and the U.K invest in crypto either for growth or fun. And, Shiba Inu is probably seen by many as a relatively simple, “quick win” investment.

Undoubtedly, the token benefitted traders to an unexpected degree – It was up by 365.6k% in a year.

What should the traders do?

Keeping aside SHIB’s success, the important question is – What’s on the card for traders? Well, a short profit-making opportunity, to be precise. Interestingly, we can find a contained consolidation in the form of a down channel in the chart attached below. That’s essentially a bull flag.

For SHIB to break past its two-month-long resistance, it will have to reconfirm its near-term resistance at $0.00003505 as support and then move to the upside. In that case, traders can choose to go long at the current price range.

Notably, the meme coin saw sellers dominating its market in the first week of February. However, post 7 February, demand kicked in to facilitate a short rally. Any move south would see bulls providing months-long support at $0.00001989. Curiously, the RSI stood at the 48-mark, not siding with the bulls. However, the trend exhaustion indicator showed that the bull run is here to stay for a while. 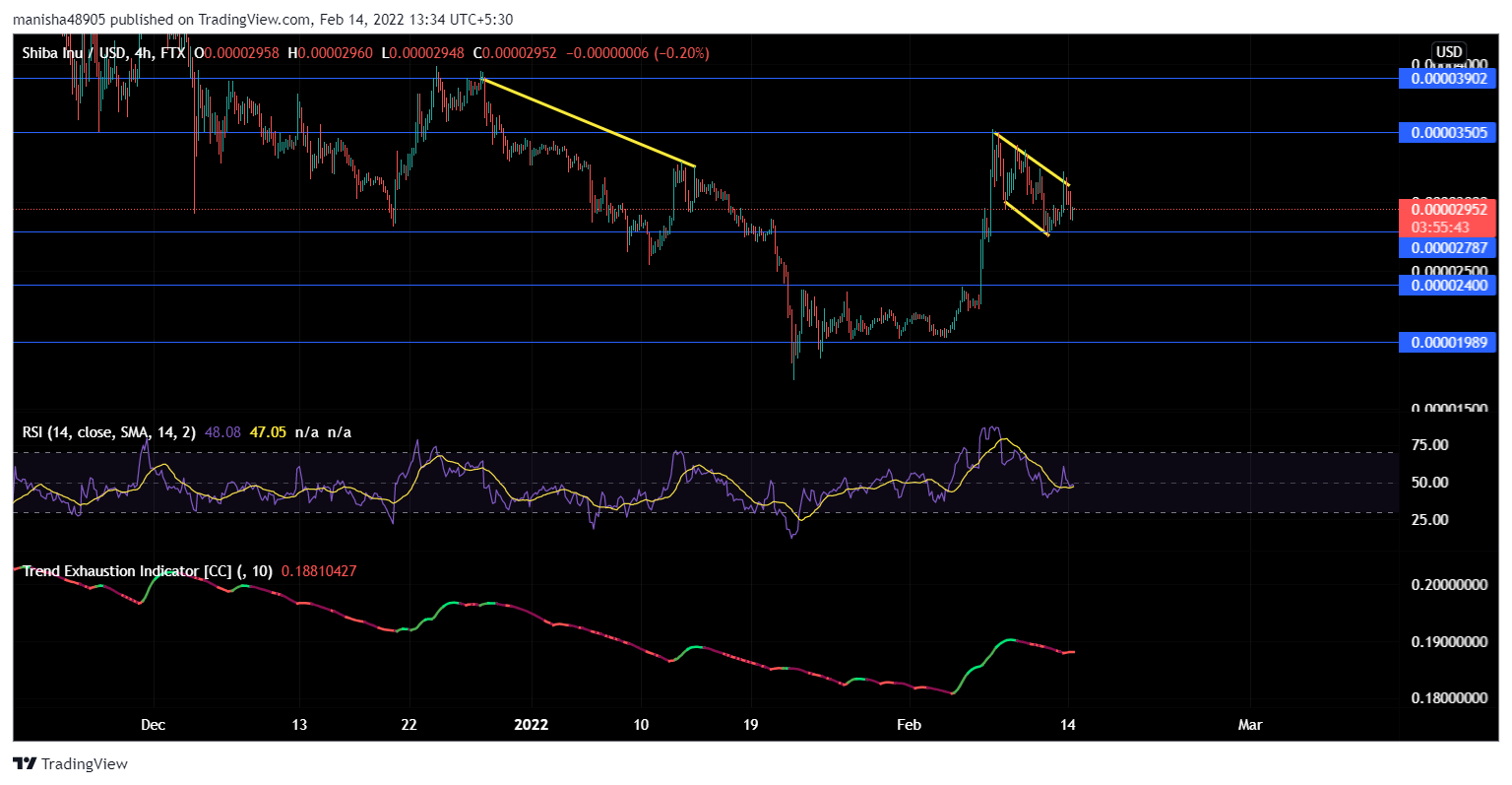 To short or not to short?

At the time of writing, there seemed to be a balance between short-sellers shorting SHIB and the short sellers being liquidated on their positions. It simply means that the sellers are holding the coin at a very delicate range of $0.00002787 and $0.00002952. When looking at it from the macro-perspective, positive momentum has been materializing into some impressive gains for SHIB.

However, the little boost has forced liquidations and it made the SHIB market incredibly volatile. Well, all this goes to say that those shorting SHIB are increasingly having their positions liquidated. Thereby, forcing the price of SHIB higher, in a similar fashion as short-covering in the stock market.

Analysts are expecting a bullish outlook for the meme coin. Curiously, on-chain metrics have been stating the same narrative. For instance, a little spike in whale transactions can be seen post 7 February. When these transactions come in bunches, price rises generally follow.

It’s always a bullish sign for any coin when a large number of whales are in possession of it. Looking at SHIB’s statistics, 69.99% of total SHIB’s circulating supply was with the whales, at the time of writing. This hints toward the token’s longer-term price predictions which certainly don’t look bleak at the moment. 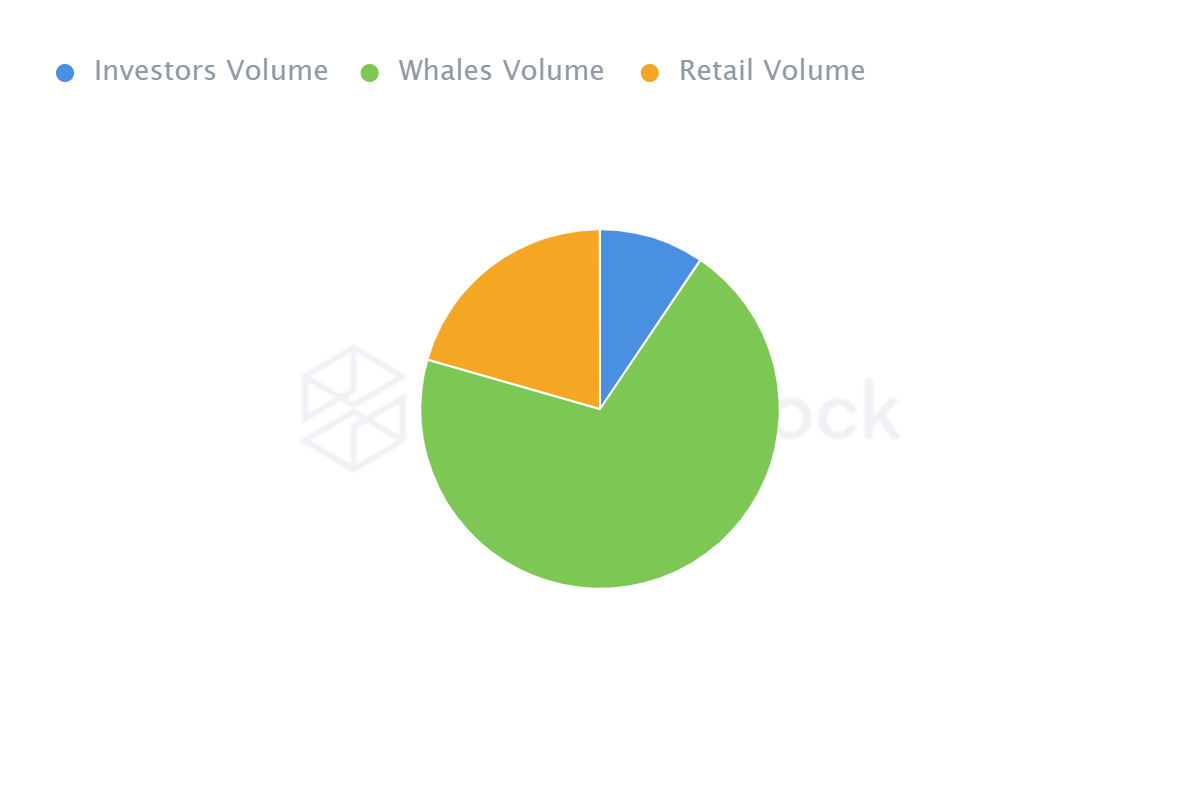 As far as historical concentration is concerned, it appears that the whales have been driving SHIB’s rally for a long time now. However, to be noted, retail investors have made sure to identify the exit positions and thus take profit during SHIB’s downtrends. 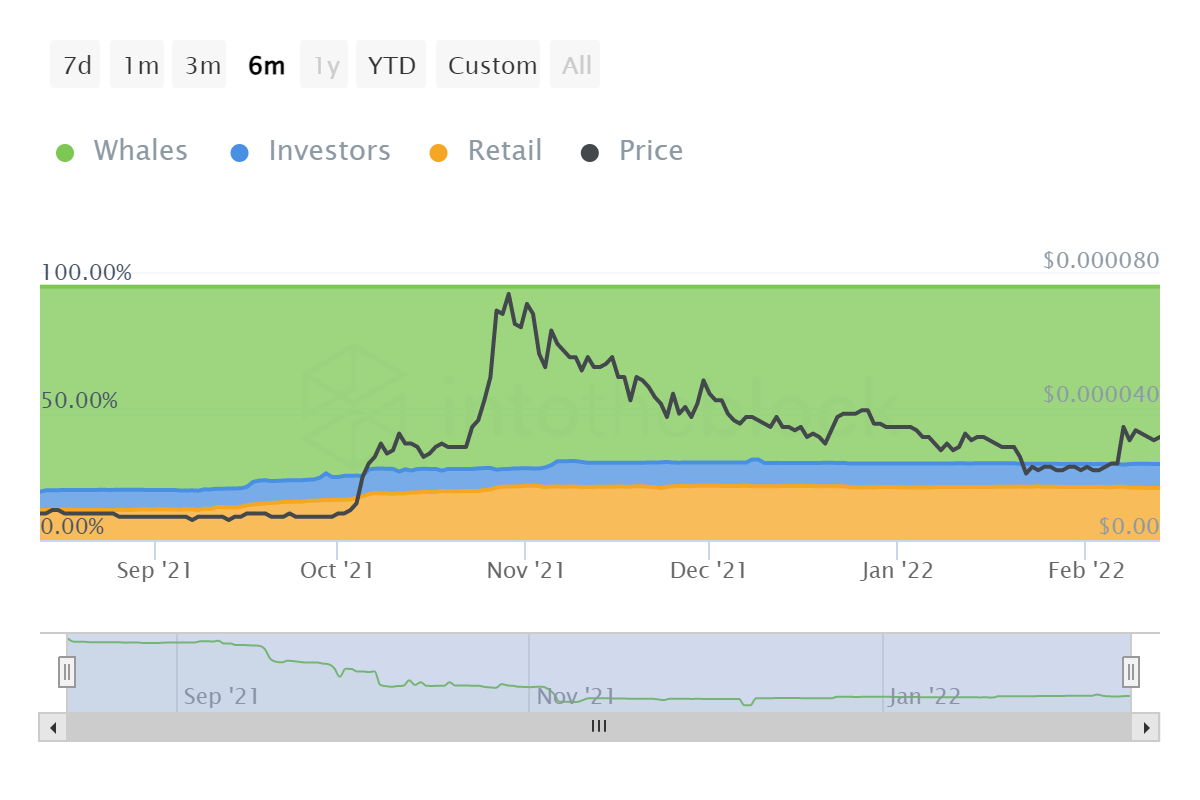 Though the market looks primed for a bull run next week, a huge concern at the moment is the high activity at the whales’ end. At press time, there was significant activity from almost 41.73% of addresses. However, their movement in terms of buying or selling can’t be identified. 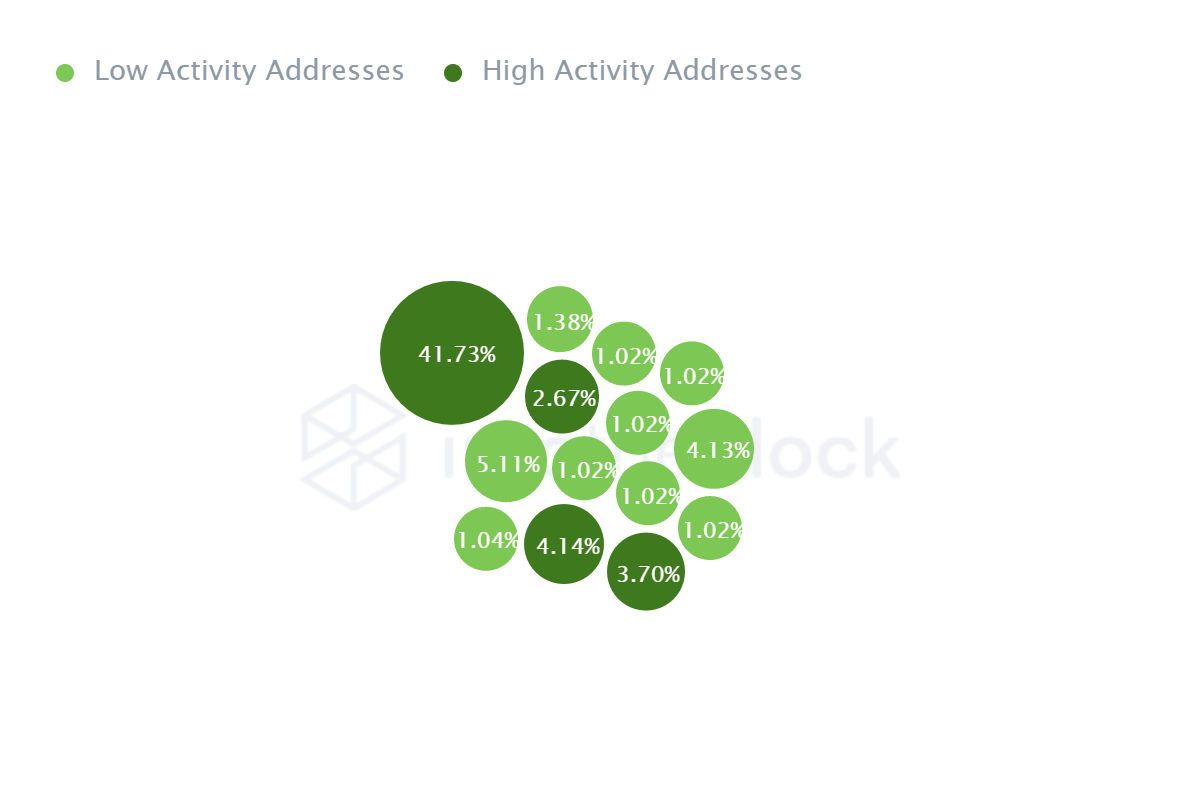 Moreover, it is usually a positive sign when the total exchange outflows increase for the coin. In that case, investors portray a sentiment of HODLing. But, for SHIB right now, exchange outflows have seen a decrease after a short uptick in the first week of February. It’s important for investors and traders to consider this metric before deciding to open their long positions.