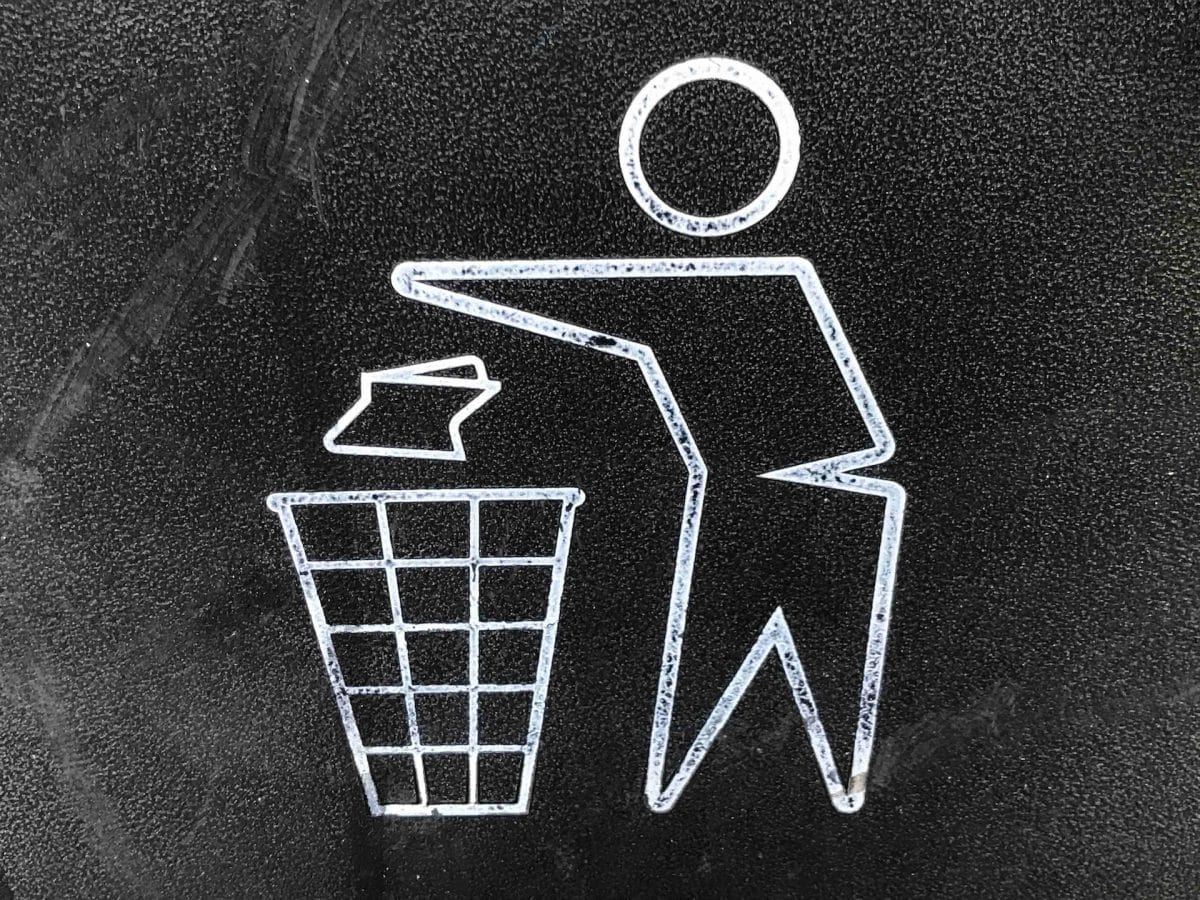 The FTX/Alameda saga is keeping the entire crypto market on edge. Some assets, such as FTX tokens (FTT), Solana (SOL), and Serum (SRM) were exposed to high risk and suffered massive dumps and losses. Interestingly, an alleged Tether exposure to Alameda also led to a de-pegging of USDT from USD.

A rumor that Aptos’ treasury also had exposure to FTX rattled investors. The fear, uncertainty, and doubt (FUD) resulting from the rumor could spin the latest crypto asset into another FTT dump scenario.

In a quick rejoinder, Aptos issued a statement distancing itself from FTX/Alameda. It reiterated that the Aptos Labs and Aptos Foundation treasury had no connection to FTX and would continue to operate normally.

A message to the Aptos community: no Aptos Labs or Aptos Foundation treasury is held by FTX.

The network will continue to operate as expected, without impact from these events.

We have a lot to be excited about and look forward to building for the future. Let’s Move.

Amidst the rumor, Aptos’ prices continued to fall. However, immediately after the statement, there was an upward price increase.

The recent development could mean gains for Aptos investors, while the rest of the community posted losses. We looked closely at other metrics and found that the update could be a windfall for investors. 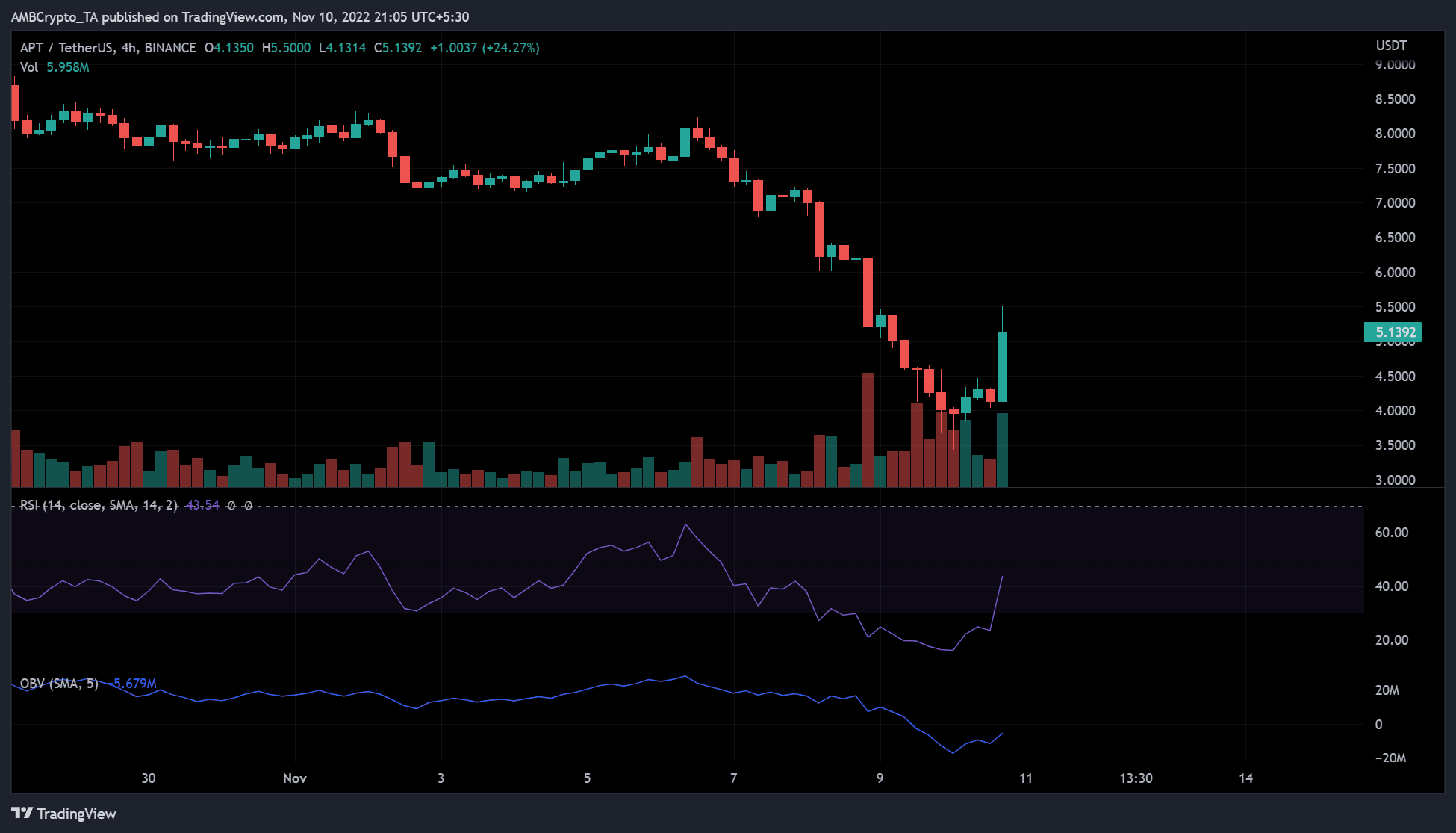 Aptos (APT) reacted strongly to the update, jumping 30% from $3.9 to $5.1. The move quickly eased selling pressure, as evidenced by the Relative Strength Index (RSI) pulling back from oversold territory.

An increase in trading volume, as shown by the rise at OBV, provided the necessary buying pressure to drive APT further northward.

A rise in the market capitalization of APT followed

According to Santiment, the trading volume of APT increased from 480 million before the announcement to 530 million after the clarification.

At press time, the market capitalization of APT was $672 million. This represented an increase of over $100 million in a market that has fallen from over $1 trillion to about $880 billion due to the FTX contagion.

The total value of APT locked (TVL) on Defi platforms also saw significant positive changes. According to DefiLlama, APT had a TVL value of $32 million, with the dominant exchange AUX recording +0.22% at press time, representing an intraday increase.

Clarity on Aptos’ treasury exposure to FTX gave investors a windfall. With a bleeding market and bearish sentiment toward Bitcoin, Aptos investors can warm up for the winter.