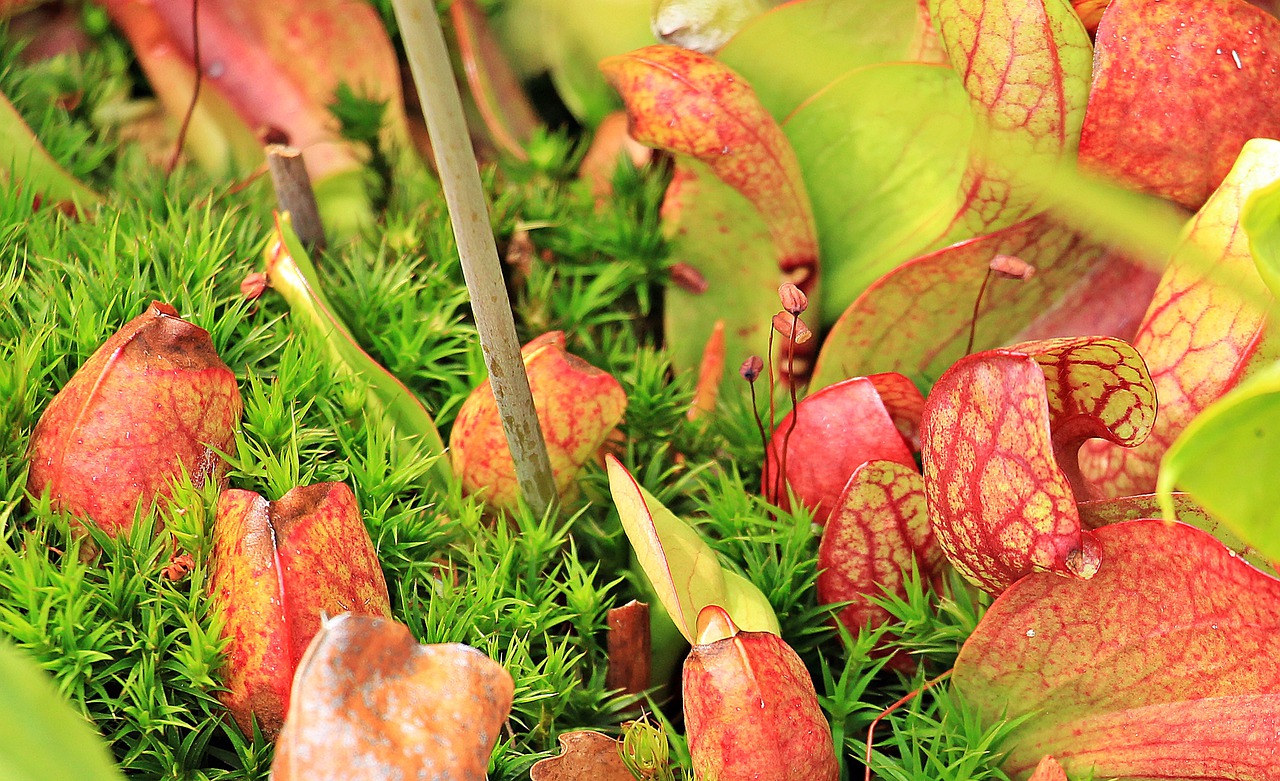 Cardano [ADA] was expected to surge on the price charts after the Vasil hardfork was pushed out. Yet, the price persisted in its downtrend, and good news might not be enough to change the bearish backdrop that the crypto market has seen in recent months.

Technical indicators did not paint a bright, bullish scenario in the weeks to come. Bitcoin [BTC] could cause a shift in sentiment, but the $20.8k resistance and the $22.5k mark would first need to be overcome to shift the long-term trend. 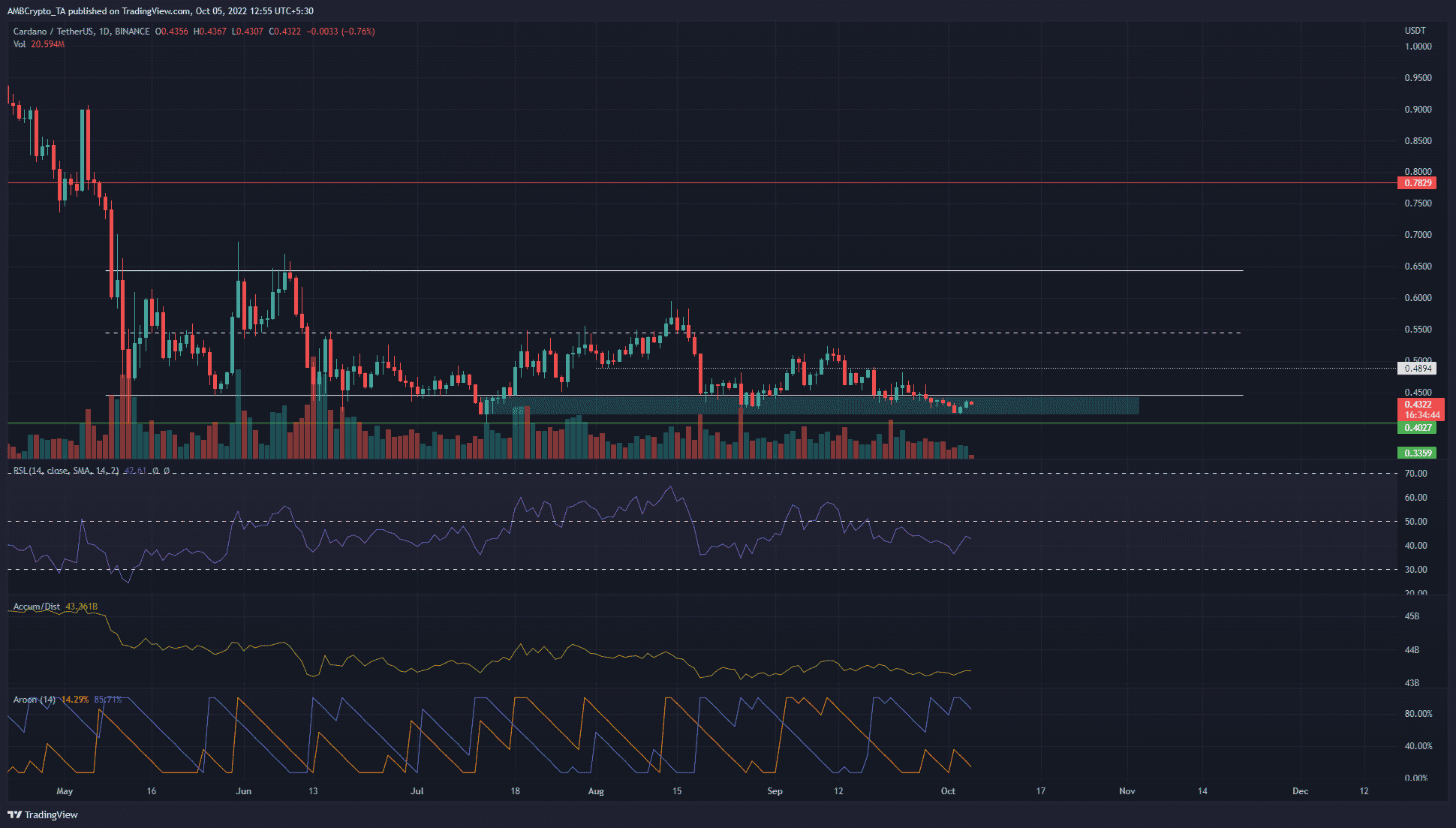 Since May, Cardano has traded within a range that extended from $0.64 to $0.44. Marked in white, the mid-point of this range (dashed white) lay at $0.54 and was an important resistance level in June and July.

Beneath the range lows, the next strong support level sat at $0.4. Since July, the $0.42-$0.44 was also established as a zone of support. However, it has been tested for the third time in as many months. The level most likely weakened upon each test, and could soon break if ADA was unable to break out of its bearish shackles.

That could be a difficult task. The Relative Strength Index (RSI) stood beneath neutral 50 to show bearish momentum. The Accumulation/Distribution (A/D) indicator also moved sideways for nearly two months now.

This showed that the buying and selling volume have been in balance overall since mid-August. However, this was not a bullish sign for ADA, as accumulation at the range lows was not witnessed. The Aroon indicator also signaled a downtrend in progress.

The development activity measured based on the project’s public GitHub repository showed surges and declines quite uncorrelated to the price. However, the point isn’t correlation, but rather that the $14.7 billion market cap project continued to see development.

From mid-September, the rejection at $0.58 brought about a lower timeframe downtrend. Yet, in the same time period, social volume has been rather good for ADA in comparison to the past few months. Perhaps the investors are posting on social media expecting a long-term bottom to have formed after the Vasil hardfork?

Although ADA had a rather stable amount of mentions across social media in the past two weeks, there weren’t signs of an accumulation phase from a technical standpoint. A drop below $0.4 could see the crypto asset fall to $0.33.

Hedera: Everything latest you need to know before investing in HBAR

These Bitcoin observations suggest that a range change might be…