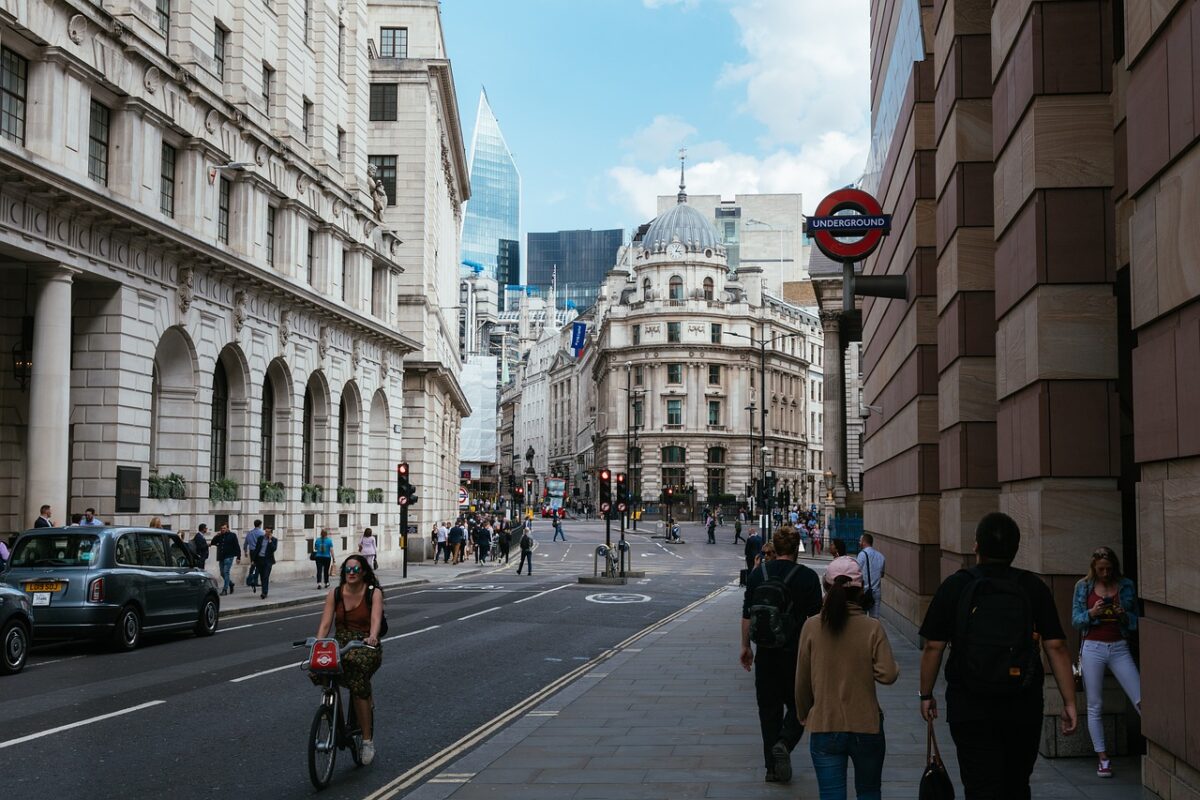 Bitcoin rallied from $37.7k to $48k in mid-March and Aave rallied alongside as it climbed from the $115 lows to $250. At the time of writing it had pulled back to $190. However, despite the bearish momentum in the past few hours, the price still had a bullish bias behind it. 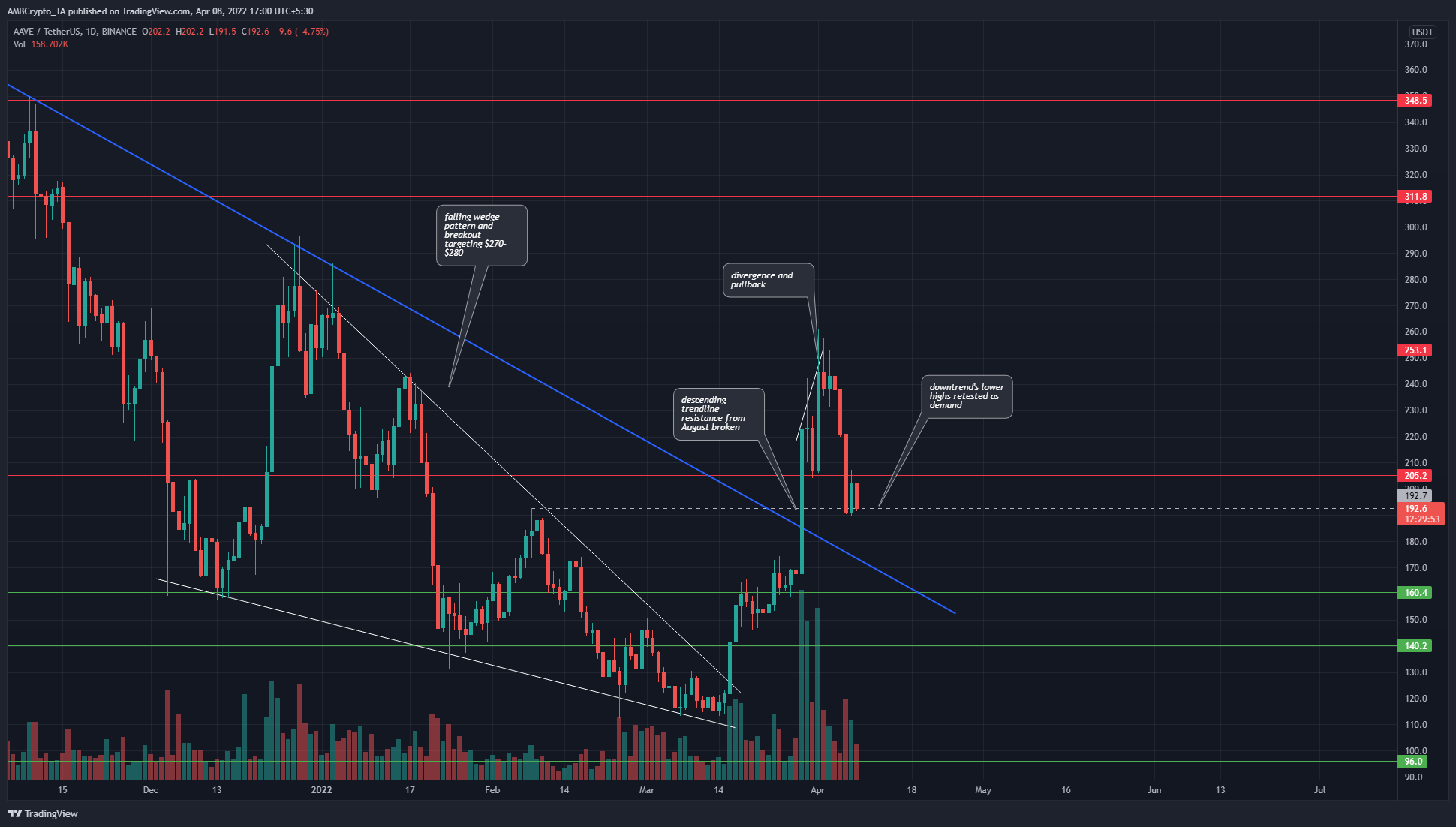 In the past few months, AAVE formed a falling wedge (white) in December and broke out of this pattern in mid-March. The breakout coincided with Bitcoin’s rally to $48k, and AAVE rode the wave to meet resistance at $253.

In the past few days, the rejection of BTC at $48k was around the same time as AAVE’s push toward $250, and both the coins subsequently pulled back. AAVE fell below the $205 level as well, and at press time was trading at the $192 mark which was the previous downtrend’s recent lower high.

The descending trendline (blue) could also be retested, in the event that Bitcoin and the rest of the market see some selling. 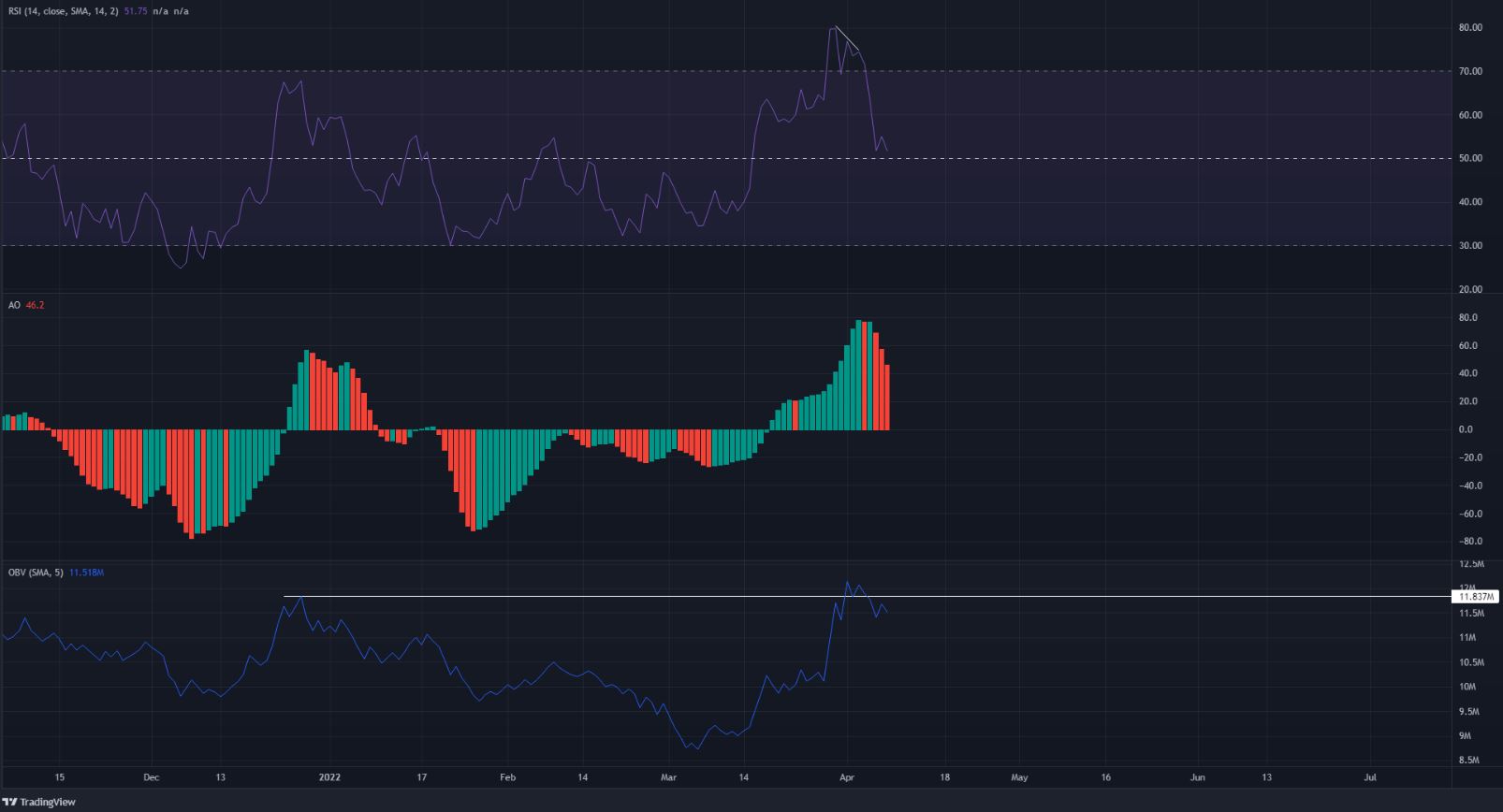 The pullback from $250 came on the back of a bearish divergence between the price and momentum, marked in white. The RSI receded to 51.75, just above neutral 50. Combined with the fact that the previous lower high at $192 has not been decisively broken, there was some evidence to show that a bullish bias remains for AAVE.

Similarly, the AO also showed strong bullish momentum recently and pulled back, but was still above the zero line to show the overall presence of upward momentum.

The OBV broke above a level it had last been at in mid-January and pulled back. However, the massive rise in the OBV in the month of March is a strong sign of the demand behind the coin’s rally.

The market structure for AAVE remains bullish on higher timeframes, as does the momentum. Strong demand was seen in the past month and could propel the prices past $200 once again. A move above $205 once again would signal bullishness, and $250 and $300 would be resistance levels to watch out for.

‘NEAR’ its ATH, why buying for short term profits is a better idea