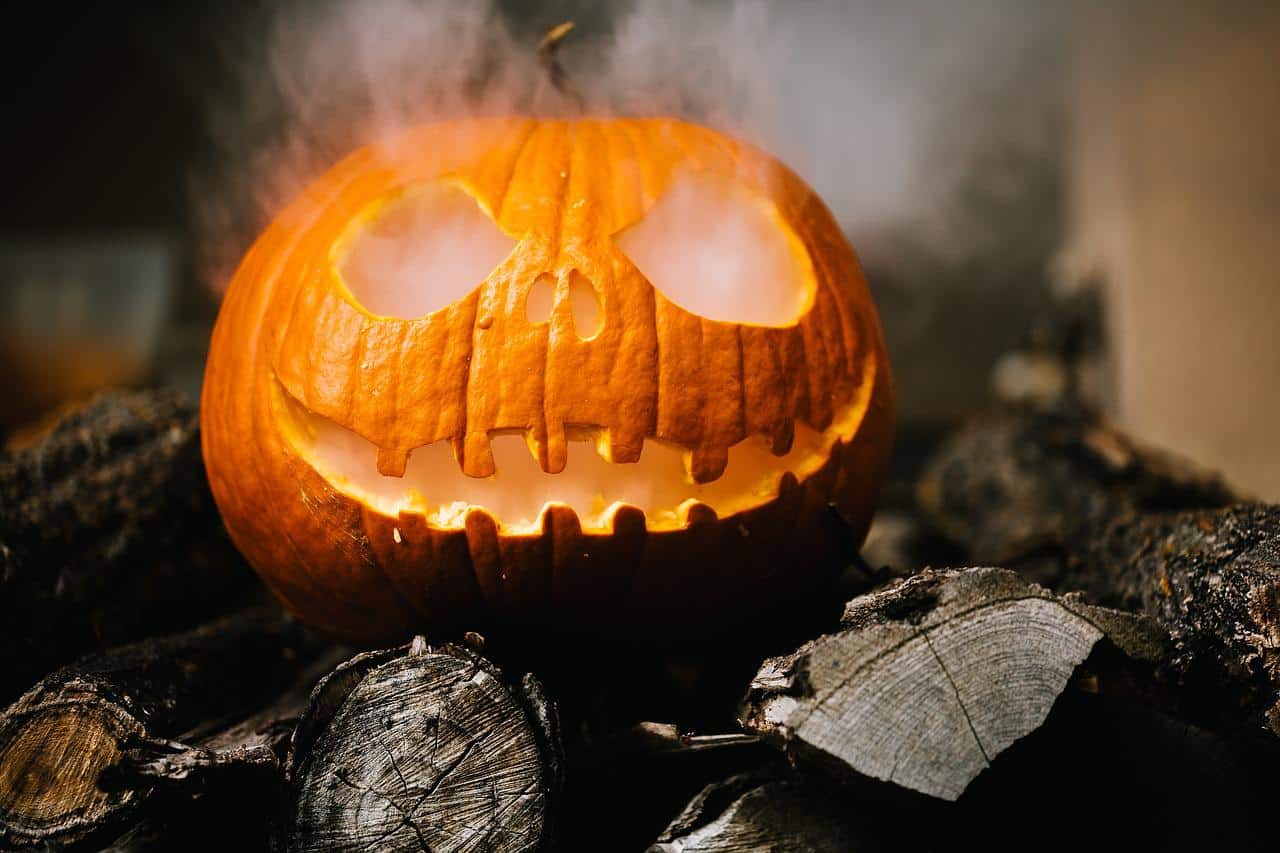 AAVE V3 has managed to gain an audience after a period of four months since its launch. The network’s operations are also witnessing rapid growth.

However, the same cannot be said for the native token’s performance, as it is in desperate need of recovery.

AAVE sticks to its downtrend

Its recent attempt at making a recovery seems to be failing as well since the altcoin dropped by 14.6% in the last six days.

Although this came after AAVE registered a rally worth more than 100.5%, the altcoin is still no closer to where it should be.

In the micro timeframe, the token appears to be in an uptrend, However, on a macro lens, AAVE is still in a downtrend and is also gradually losing the buying pressure it had which brought the cryptocurrency back above the $100 mark this week.

This is a matter of concern for all investors. But investors who bought AAVE at any price above $200 are more concerned since they have been facing losses for the longest time.

Furthermore, approximately 73% of the addresses bought their holdings above $200. And, only 27% of them were in profit back in July 2021.

The presence of investors in profits increased once again around September, but since then, it has been a non-stop journey of falling down. 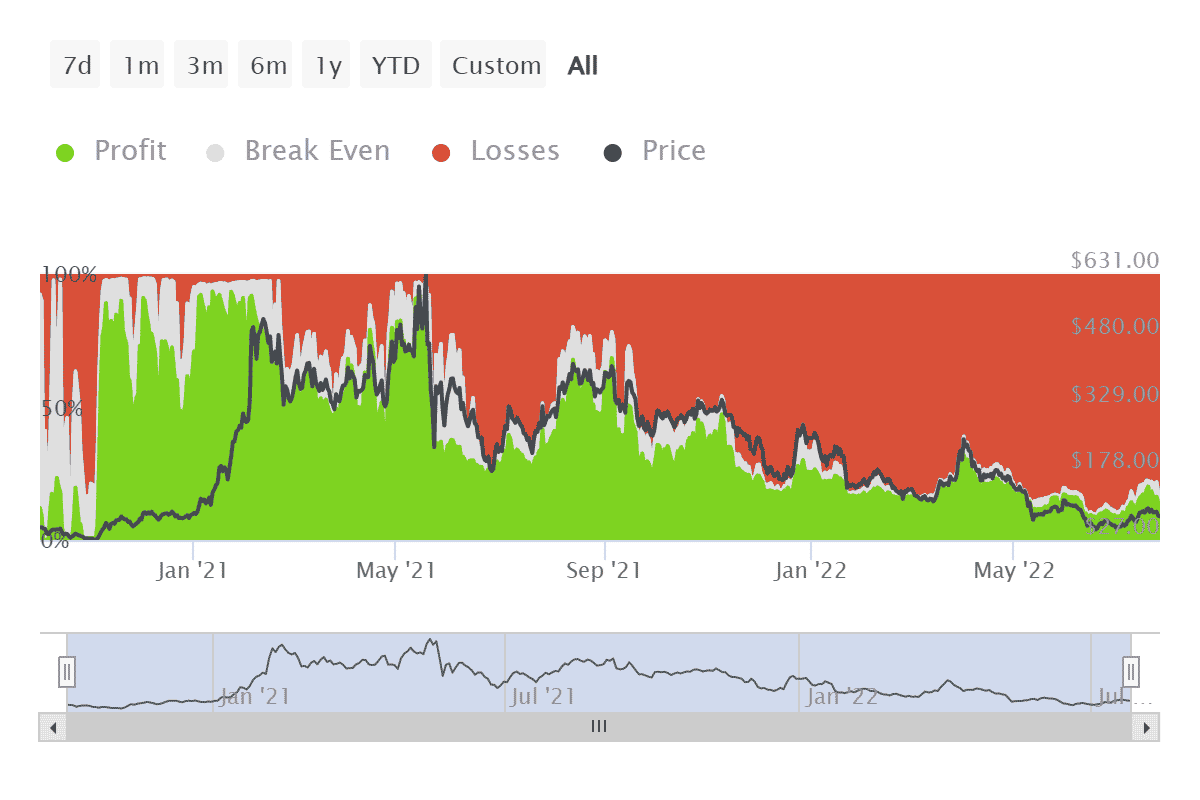 However, in order to do that, the altcoin will need high volatility along with a bullish market. The latter is an absolute necessity because if volatility increases during a bearish market, the price swings will push AAVE farther below the $100 mark. 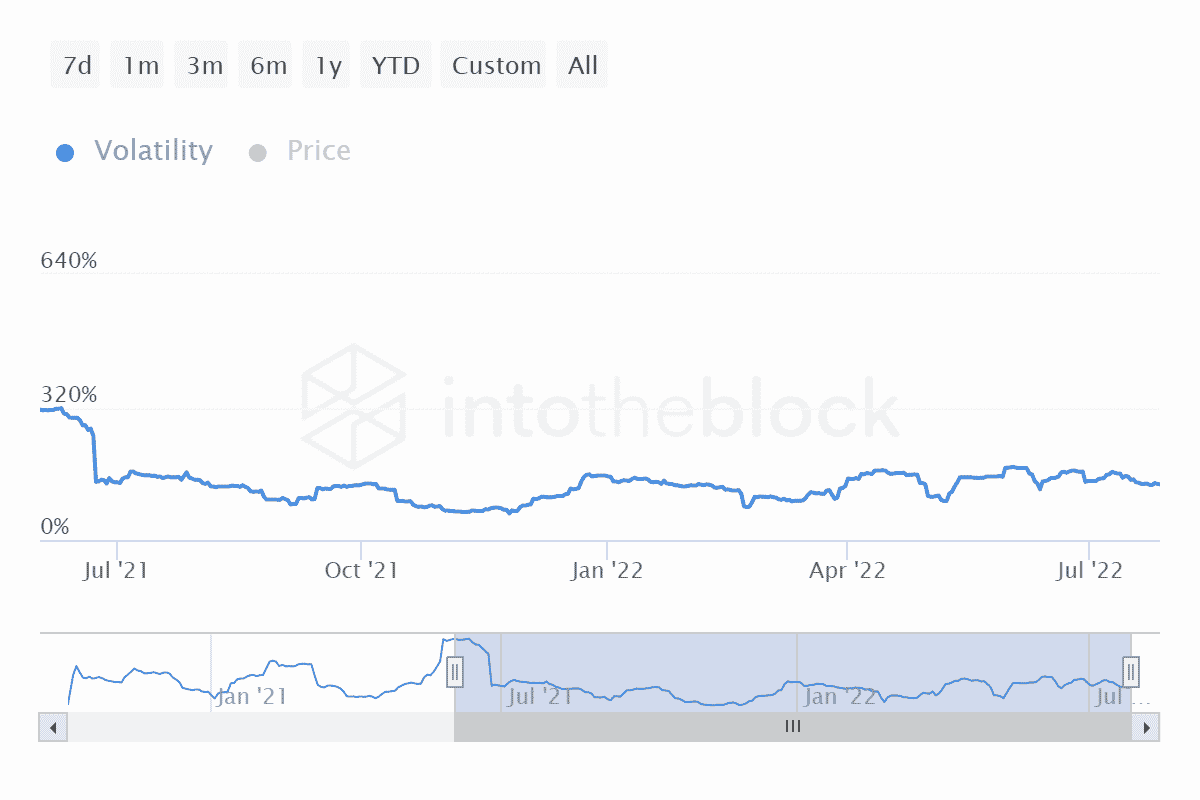