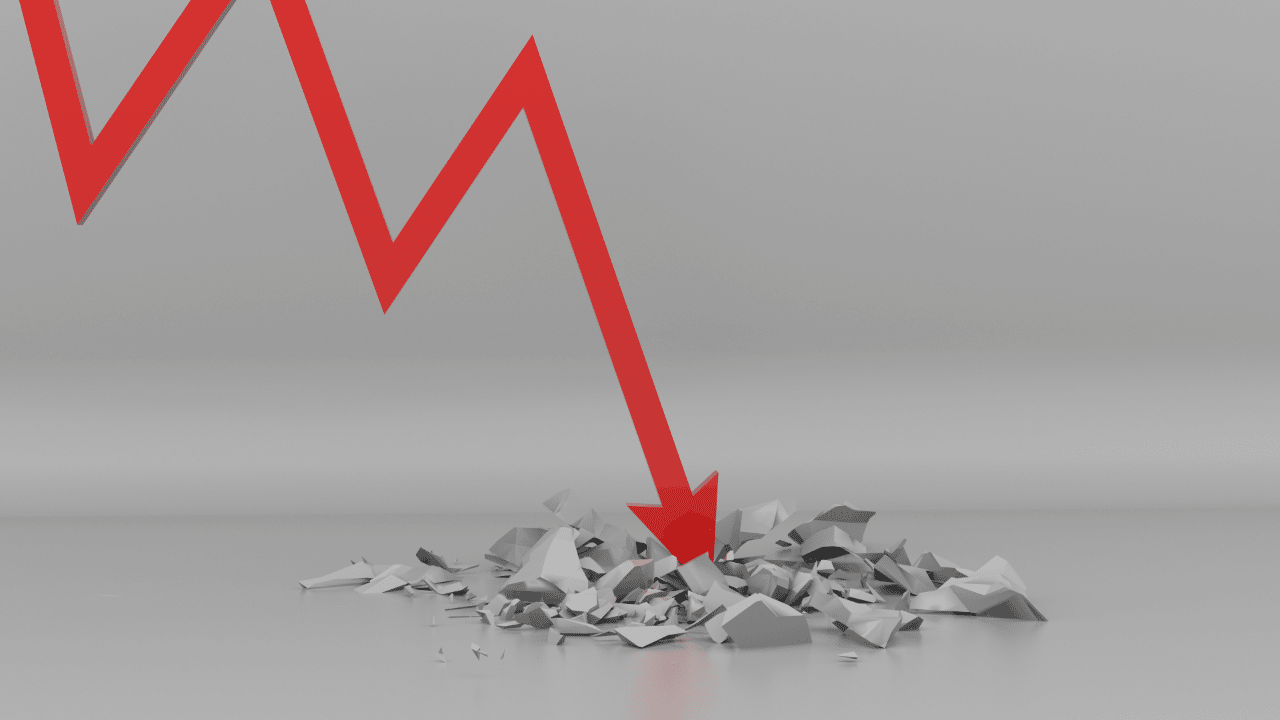 Finding renewed selling pressure at the 38.2% Fibonacci resistance, AAVE continued its southbound journey on the daily chart. The EMA ribbons have kept a robust check on the buying rallies while keeping the broader trend under bearish control.

The current bearish pennant breakdown could find rebounding opportunities from the immediate support. The buyers could strive to snap the 23.6% level. At press, AAVE traded at $56.2166,

The altcoin extended its long-term tilt while struggling to break free from the bonds of its eight-month trendline resistance (yellow, dashed).

After breaking below the bearish flag (white), AAVE registered a 57% over the next 11 days. As a result, the altcoin nosedived toward its 19-month low on 18 June.

With the Point of Control (POC, red) stifling the bearish efforts, the price action could enter into a possible squeeze phase $58-$60 range. Also, the EMA ribbons are solidly southbound. So, the sellers have made their vigor quite evident in the current structure.

A sustained recovery beyond the 23.6% level would open doorways for the buyers to test the 20 EMA and eventually the 38.2% level. However, any drop below the $54-mark level could propel an undesired retest of the $49-mark support. Post this, the buyers could step in and inflict a short-term rally.

The higher troughs on the Relative Strength Index (RSI) reflected ease of selling power. But the index needed to find a strong close above the 40-mark resistance to reignite any realistic chances of toppling its equilibrium.

Interestingly, the CMF jumped above the zero-mark to depict increasing money volumes. A sustained position above this mark would help the buyers in propelling a test of the 38.2% Fibonacci level in the days to come. Nevertheless, the ADX displayed a substantially weak directional trend for the alt.

Given the bearish pennant’s breakdown approaching the $54-support, AAVE could see a squeeze phase near its POC. Post this, the buyers would strive to test the 38.2% level.

However, AAVE shares a staggering 93% 30-day correlation with Bitcoin. Hence, keeping a close watch on the king coin’s movement would be vital in making a profitable bet.

Litecoin falls beneath a bullish order block, could $40 be next target

Assessing the odds of The Sandbox [SAND] falling below $1 mark