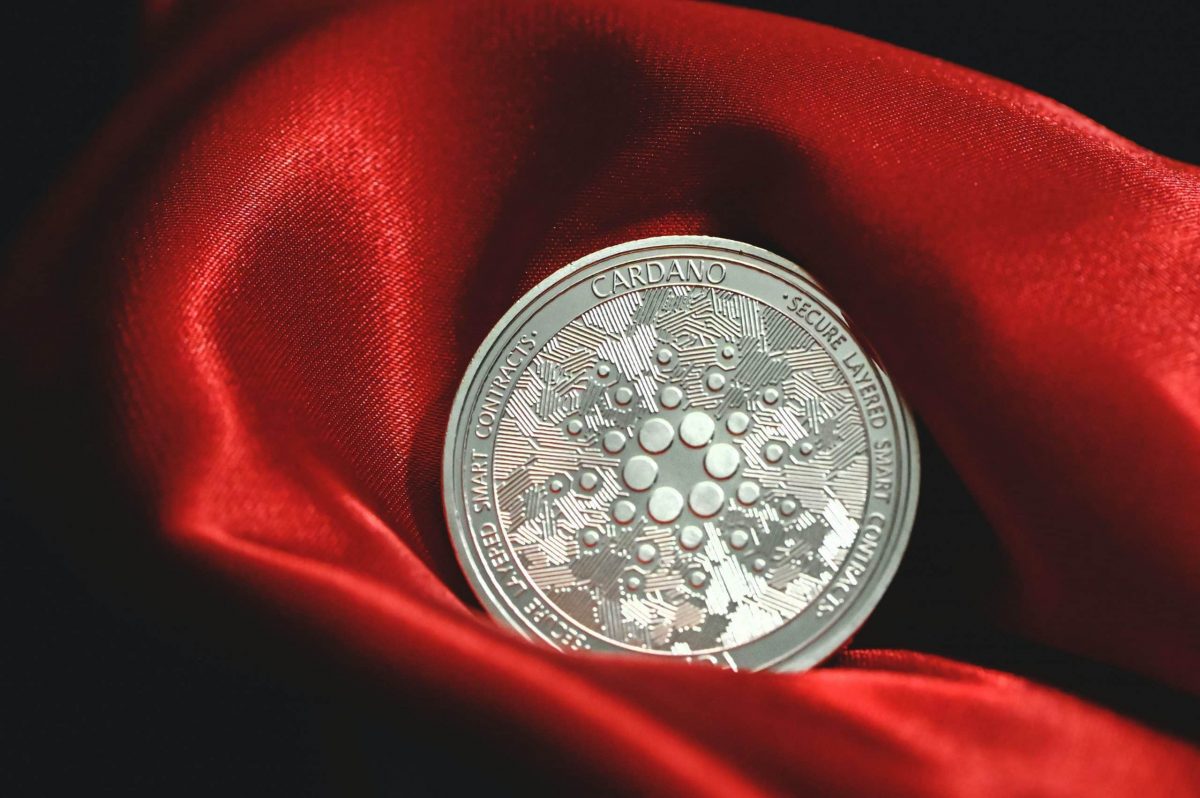 Since its steep drop last December, Cardano [ADA] has lost about 20% of its value and hit a new low at $0.2415 until press time. The $0.2415 support was strong enough for the bulls to initiate a rally.

ADA has recovered about half of its value since mid-December. At press time, the asset was trading at $0.2641, up 4% in the last 24 hours. Although the price has been bullish on the 12-hour chart, this bullish order block may undermine the momentum. 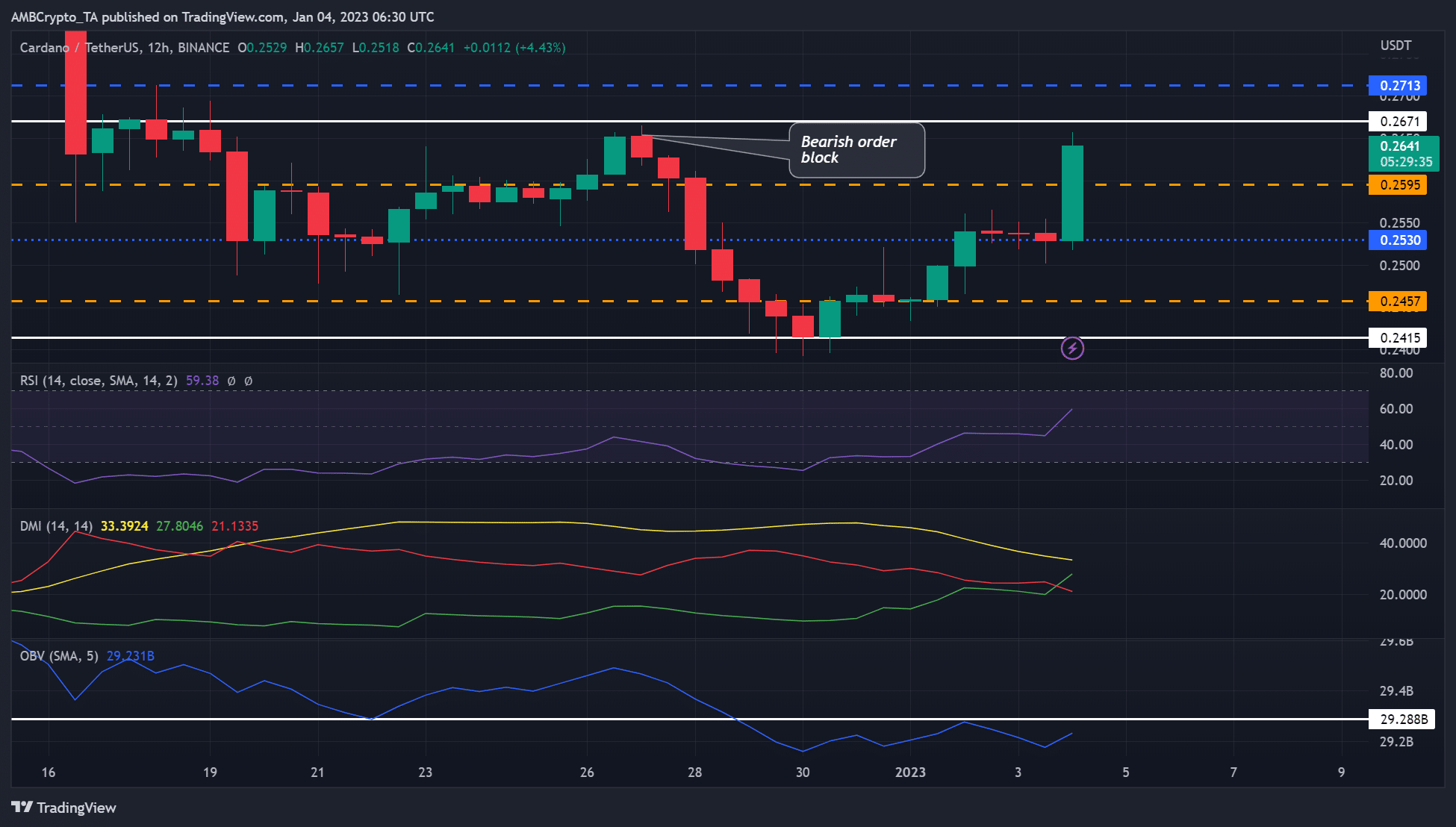 The On-Balance Volume (OBV) also showed an increase, indicating that trading volumes were increasing and adding to the buying pressure.

So, Cardano bulls may try to break the bearish order block at $0.2654. If they succeeded, they would also have to overcome the immediate hurdle of $0.2671. However, this would require the OBV breaking above the 29.3 volume mark.

The bears could take the lead if the bulls fail to overcome the $0.2654 level. Such a downward movement would invalidate the bias. Nevertheless, such a downtrend could settle around the $0.2595 level or drop below to the $0.2530 level if the selling pressure increased.

ADA prices fell with declining development activity on the blockchain since mid-December, as shown by Santiment.

However, there was a slight increase at press time, followed by a downward trend. The slight increase in development activity may have influenced the recent prices to rise and improved investor confidence, as shown by the improved weighted sentiment.

ADA also saw an increase in demand in the derivatives market, as shown by the Binance Funding Rate, which moved to the positive side. But could the slight decline in development activity derail the continued upward trend?

Bitcoin retail investor interest has become key to its growth: Where are the whales?