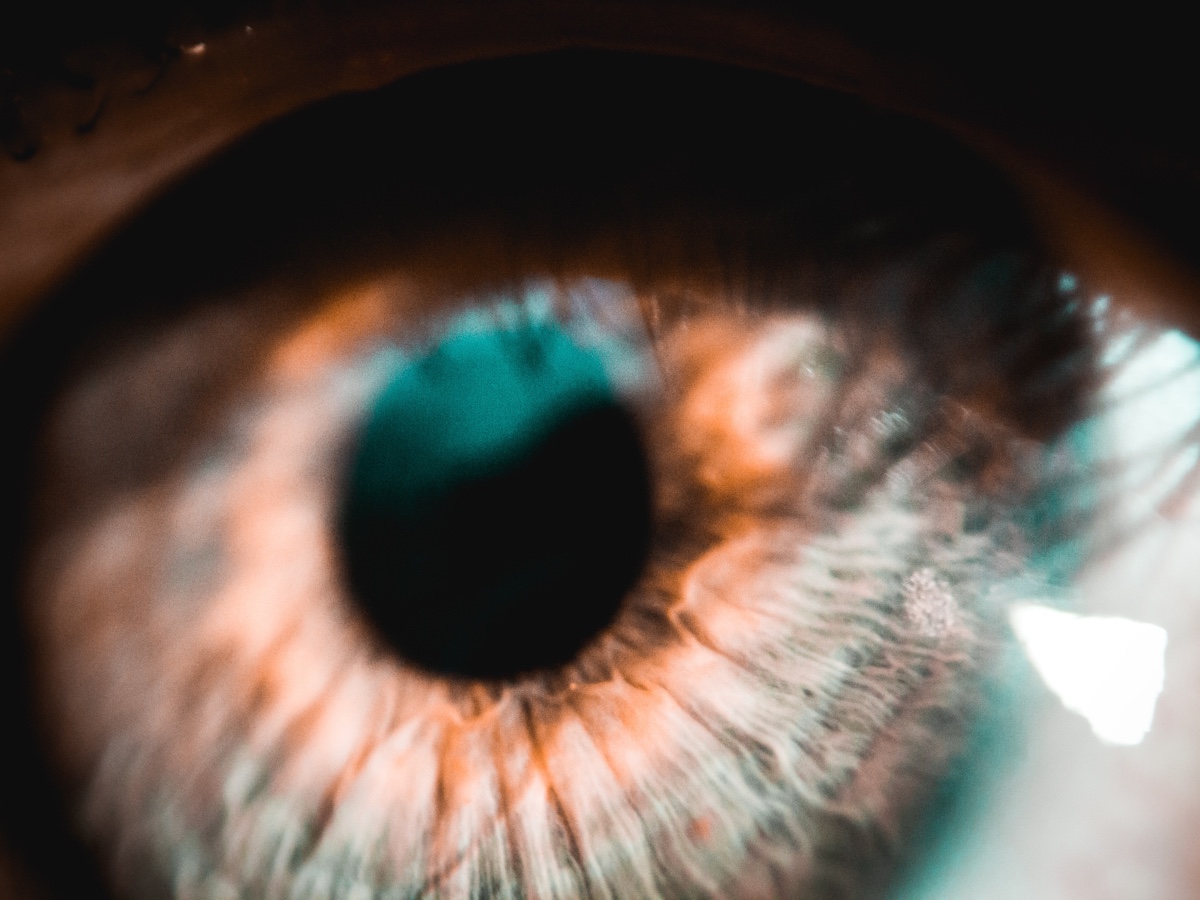 LooksRare catapulted to fame as the rival NFT marketplace treading on OpenSea’s toes. While critics have taken aim at it for the volume of wash trading it allows, LooksRare has something that OpenSea users have been wanting for a very long time: a native token.

You might be tempted to ignore the LOOKS token if you aren’t an NFT collector or into metaverse assets, but an analysis by Santiment noted that LOOKS might have more to offer than. . .well, just looks and glamor.

👀 $LOOKS peaked today at +175% since the March #FOMC meeting. Supply on exchanges is increasing this past week, active deposits & withdrawals are both up significantly, and development activity appears to correlate with price. Read our latest insight! 😎 https://t.co/KncfPZoRr7 pic.twitter.com/wRQ3dQkuEV

Santiment pointed out LOOKS’ more than 175% rally since mid-March and noted,

“We are also seeing huge volume coming in this week, which saw price pushing higher (looking healthy so far). What we don’t want to see is a a divergence of price and volume (higher price with low volume).”

Indeed, trade volumes have been spiking since 26 March, just as LOOKS rallied. However, the exchange supply has been largely moving sideways and is not too far from where it was in early February. This appears to suggest that while LOOKS is seeing interesting trends, these are not triggering significant changes in investor activity. Weighted sentiment, which was slightly negative at press time, also appeared to agree with this. 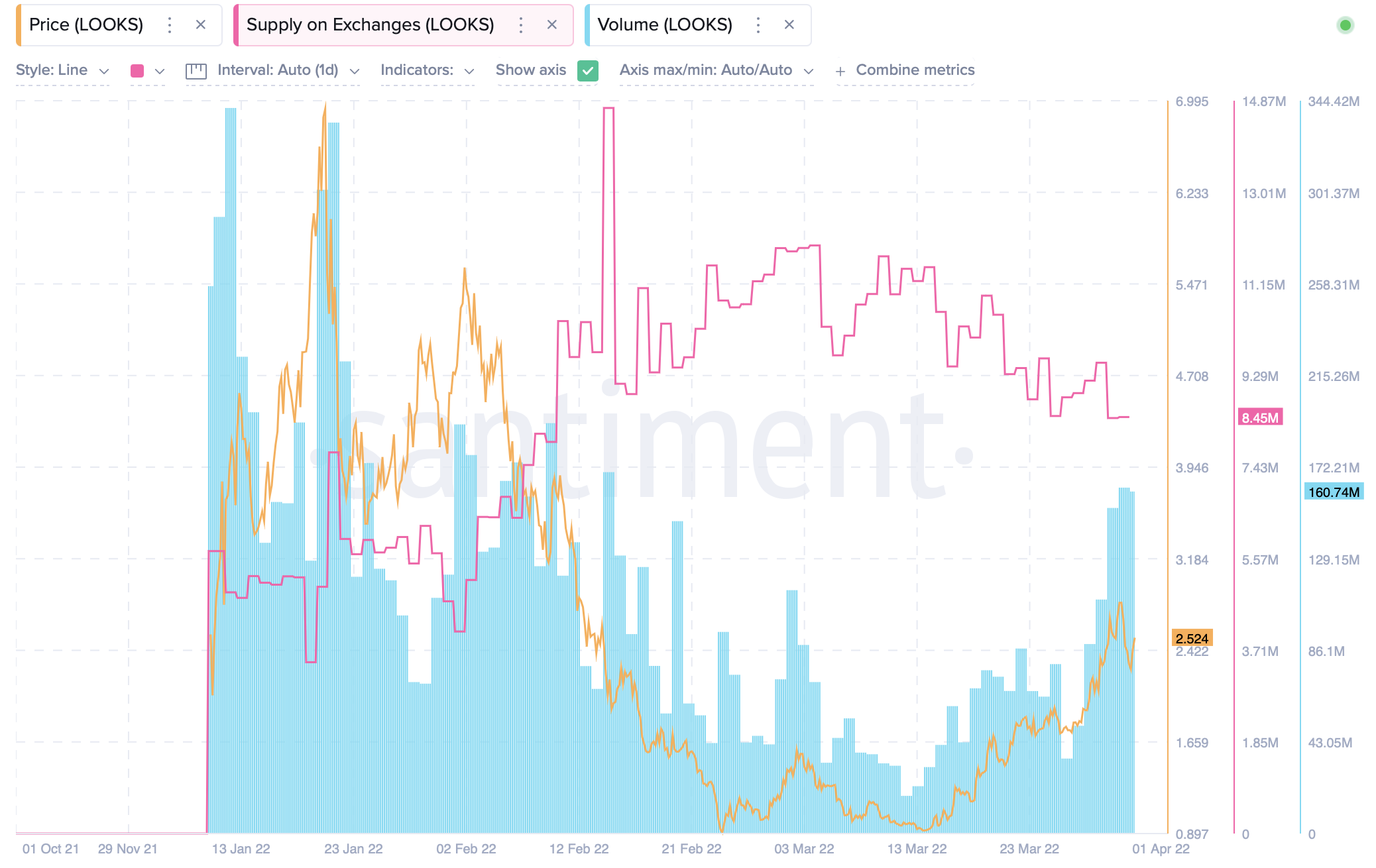 Meanwhile, a look at the Relative Strength Index [RSI] tells us that LOOKS briefly crossed into the overbought territory, indicating that investors were overvaluing the asset. However, at press time, it was under the 70.00 line. That being said, the indicator is on an upward trend. 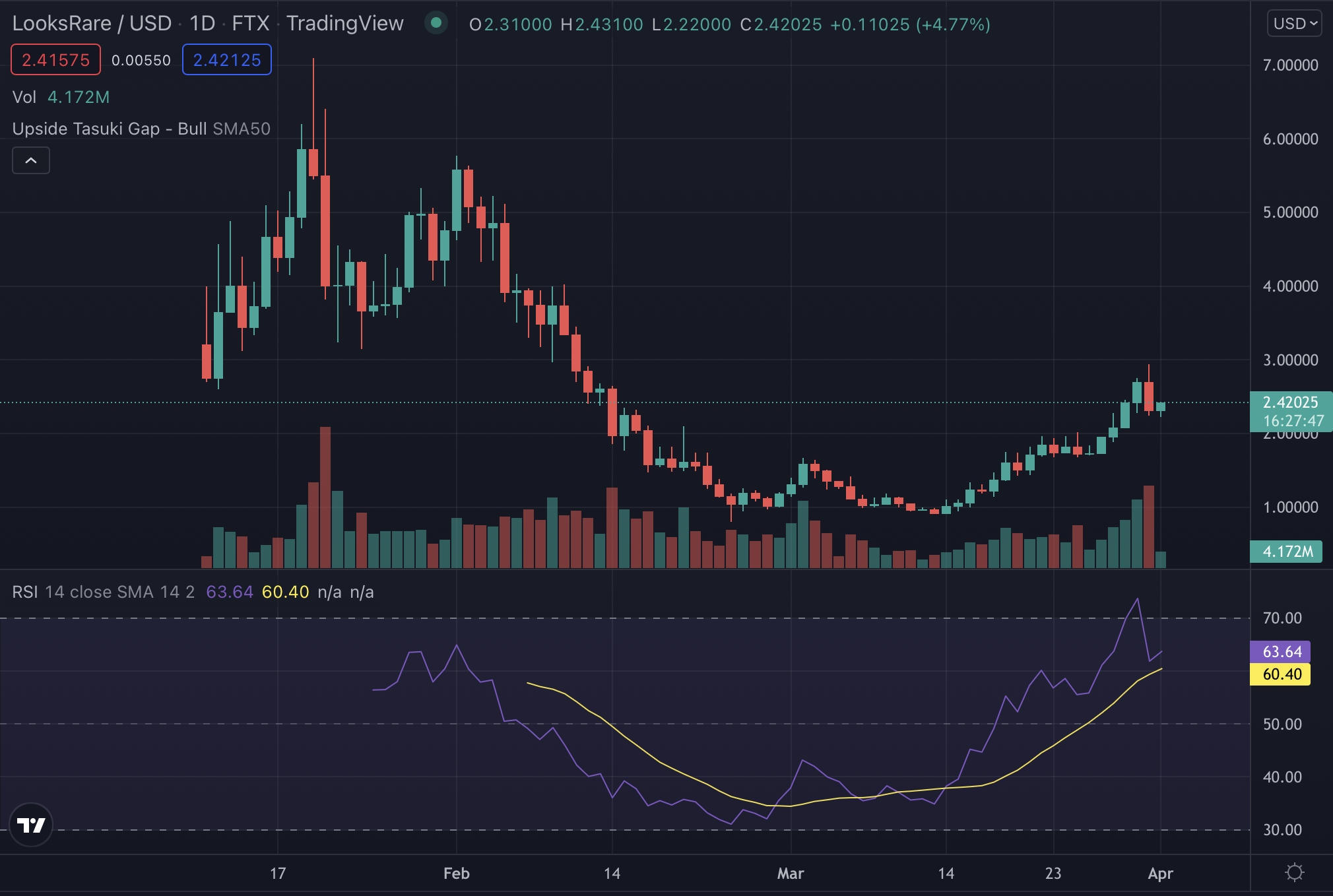 For more context, it’s a good idea to investigate the performance of the LooksRare NFT marketplace in March 2022. Daily volumes have been steadily falling since February 2022 and by the end of March, OpenSea and LooksRare were seeing similar daily volumes. This might be one factor that could dissuade investors from adding LOOKS to their portfolio – even if it’s doing well. 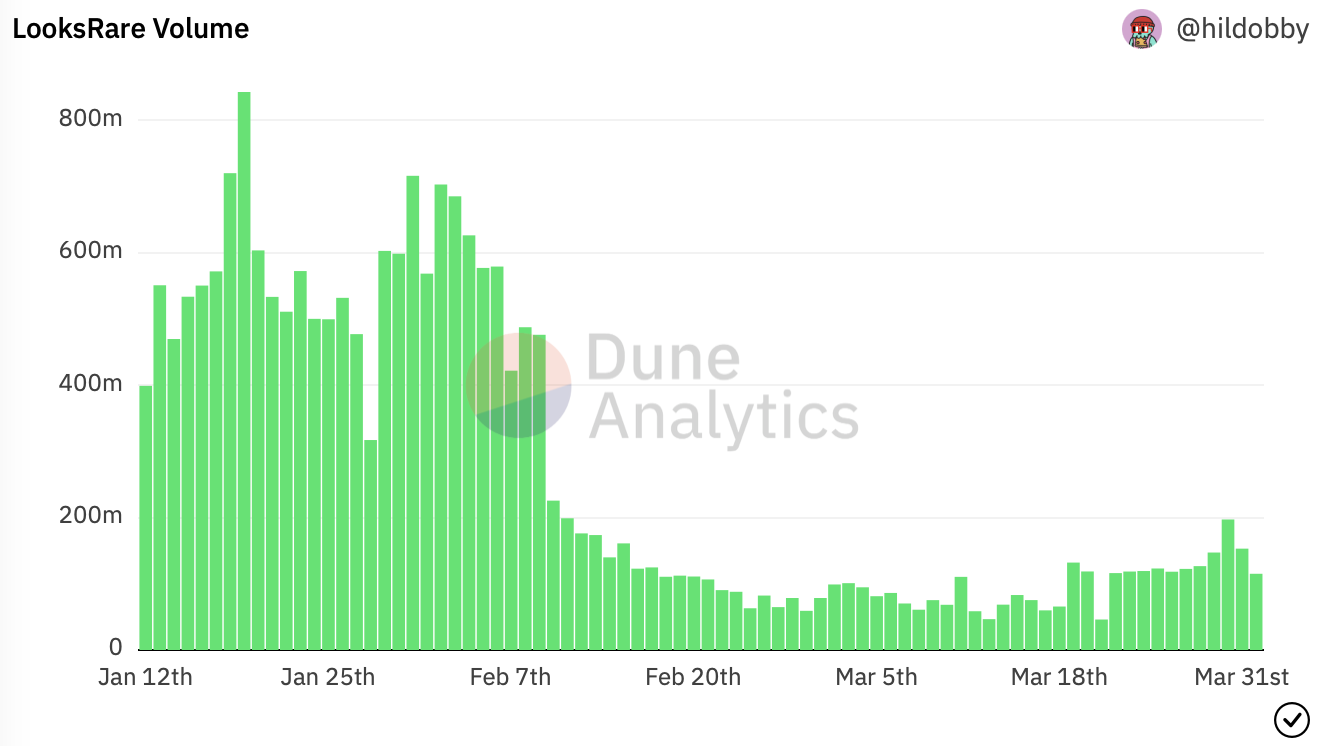 LooksRare has been dismissed thanks to its massive volumes of wash trading that helped it eclipse OpenSea’s own stats earlier this year. However, dirty laundry aside, Coinbase’s analysis of the asset in February revealed,

“…the remaining legitimate NFT volume is still more than what NFT marketplaces Rarible, SuperRare, Foundation, Makersplace, and Aysnc did in all of 2021 combined.”

For that reason alone, investors would be well-advised to keep an eye on LOOKS to see if it will continue to rise – or fall hard.

LUNA: Why $150 should not come as a surprise to traders

With 3 new crypto ETPs to be launched in Europe, can U.S. afford to stay behind