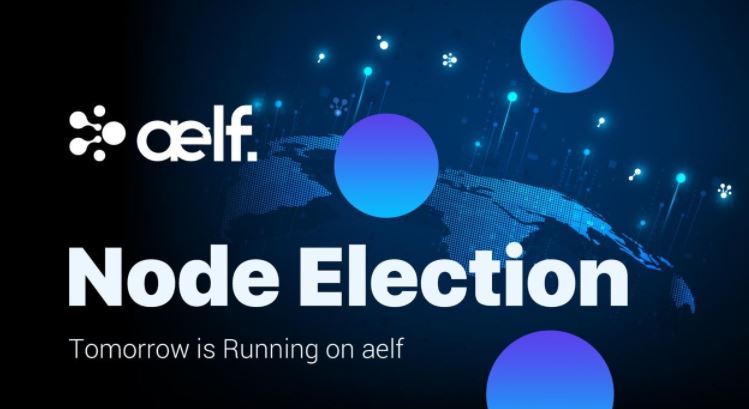 According to the official announcement shared by the aelf blockchain team on Nov. 18th, 2021, its node election procedure has begun. Blockchain heavyweights like 8BTC, bountyblok, and RockX have already confirmed their participation in aelf’s election process by press time.

To become a production node, candidate node operators will be required to follow certain procedures as below:

Production nodes are the decision-makers on aelf mainnet. On one hand, BPs have the right to decide and perform the deployment as well as the upgrade of aelf mainnet. On the other hand, BPs help connect third-party tokens and ELF tokens during the sidechain creation, which is of great importance during ecological exploding.

To keep the integrity and security of its mainnet, aelf blockchain introduced slashing rules: once won the seat as a production node, the node needs to devote itself to the work. If a block producer fails to submit a block in 72 hours, its BP status will automatically be eliminated. A stake of 100,000 ELF tokens locked by the node will be destroyed.

Haobo Ma, CEO of aelf, recognize this phase is a crucial one: “We set the opening rules to ensure the stability and sustainability of the aelf mainnet. We have prepared our best team to support the election from all perspectives, like the front end, development, operations, and marketing. The start of aelf node election will set the foundation for the development of the aelf ecology and we will have the most reputable node on aelf.”

The node election set out in advance for arrangements of the continuously opening ecology constructions including but not limited to aelf Hackathons, sidechain auctions, and many more. aelf is a blockchain infrastructure empowered cloud-computing network. More information will be subject to aelf team on Twitter and on Telegram.