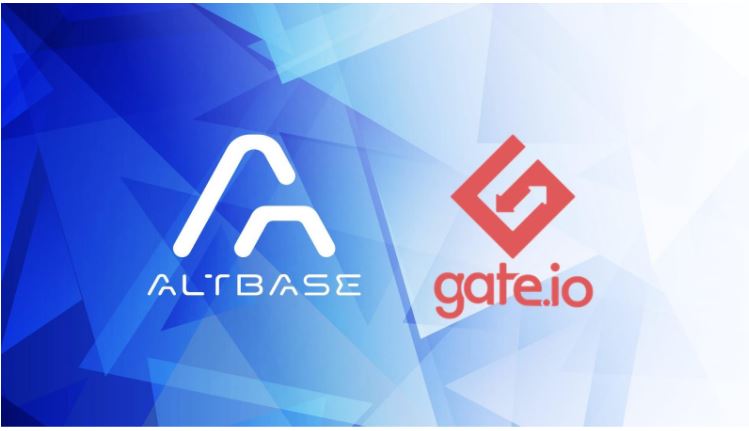 Altbase – a new altcoin exchange competitor and native token offering – has just announced the $ALTB token is to be listed on Gate.io via its startup sale proposition. The listing is due to go live on 24th Dec at 9AM UTC, in conjunction with their renowned free airdrop program. Prior to the public listing, the token will endure the Gate startup strategy on Dec 23. The exchange has over 19 million $ALTB eligible for airdrops, in line with $ALTB purchases during the startup phase. The marketing plan and airdrops are designed to drive volume up to and during the listing period.

Gate.io is among the top exchanges in the crypto space, usually associating themselves with growing coins new in the market. The exchange currently has a daily trading volume of $1.22 billion, with newly listed coins including $WAM, $STZ, and $DMS, all achieving a 450%+ increase in the last 24 hours. As shown with many coins in the past, Gate.io has a tendency to spike price movement due to the hype surrounding listings, as it opens the door to a substantial group of traders.

The Altbase predecessor – 100xCoin – was listed previously on Gate and also saw a 500% increase within 24 hours of listing. With $ALTB running identical marketing strategies to its previous native, and developments being updated recently, it’s up to the buyers to decide on a repeat of 100xCoin and if the same fate could be apparent for $ALTB.

The 100xCoin was born in the meme coin space with tokenomics reflective of similar hype-oriented projects seen in the blockchain industry today. Despite having a rapid growth in market value, like all projects lacking utility, the hype began to die off and staggered the up-trend of the coin for several weeks. 100xCoin had trillions in supply, an attribute that can’t coexist with its own DEX offering, hence the migration to Altbase and a new native token was decided.

A longer proposition came with Altbase, as it presented a new start for the 100x community and the token itself. A focus on altcoins was always the aim for Altbase, becoming evident in recent developments, as well as updates outlining progress and restructurings, especially the most recent one from Ken. The new mobile app build will be the core apprehension from its meme coin past, as sneak peeks showcase a simple, professional UI, having been in development for the last few months – such is the complexity of the build.

A Progress & Re-Assurance Update from the CEO

Ken recently returned to his YouTube channel to upload a long-awaited update video regarding his recent absence and the FUD surrounding Altbase a few weeks back. He goes through the restructuring of the business, and the development stages they underwent behind the scenes, most notably the continuation of the new mobile app build. Introducing with the deterrence the team has taken away from meme coins status, which has allowed a re-focus on current developments.

The team now comprises 5 back-end developers and 2 UX designers after management underwent restructuring to gain better-suited applicants for Altbase’s future. Since then, the Altbase proposition has been entirely focused on the nearing app build, upcoming NFT marketplace. Investors and creators will be able to buy and sell exclusive NFTs on the Altbase platform, with the native token required for all transactions once the DEX is fully-live.

Following the absence from social media, Ken announces the schedule of weekly updates every week, consisting of progress and future developments. The app currently operates with over 30,000 users, all awaiting the new app to launch so trading between altcoins becomes operational. An exclusive offer for Junkie Cat NFT and $ALTB holders will be granted for users of the new app, with additional offers including merchandise access.

Altbase has many marketing procedures at their disposal, including its recent buyback strategy – the first of many to follow in the future. The stealth buyback initiated a string of buys pushing the $ALTB price up 500% to $15 million market cap and correcting to $6.1 million as of writing, a 100% increase since the buy. The team has, and will continue to place buybacks from the open market at random, to prevent front-running and allow buybacks to have a genuine effect. Altbase’s market value has been consolidating since the stealth buyback – one of many to come – was manually executed to maximize the efficiency of price movement.

More listings are set to join the altcoin exchange’s portfolio, along with the NFT marketplace with exclusive art pieces from creator partners. The app has been the project’s most recent development and main focus, which is now being supplemented with the Gate.io listing for the $ALTB token. Altbase, with support from long-time marketing partner Coinpresso, will be utilizing Crypto SEO, and other content strategies, in pursuit of becoming solidified among other exchanges in the crypto space.