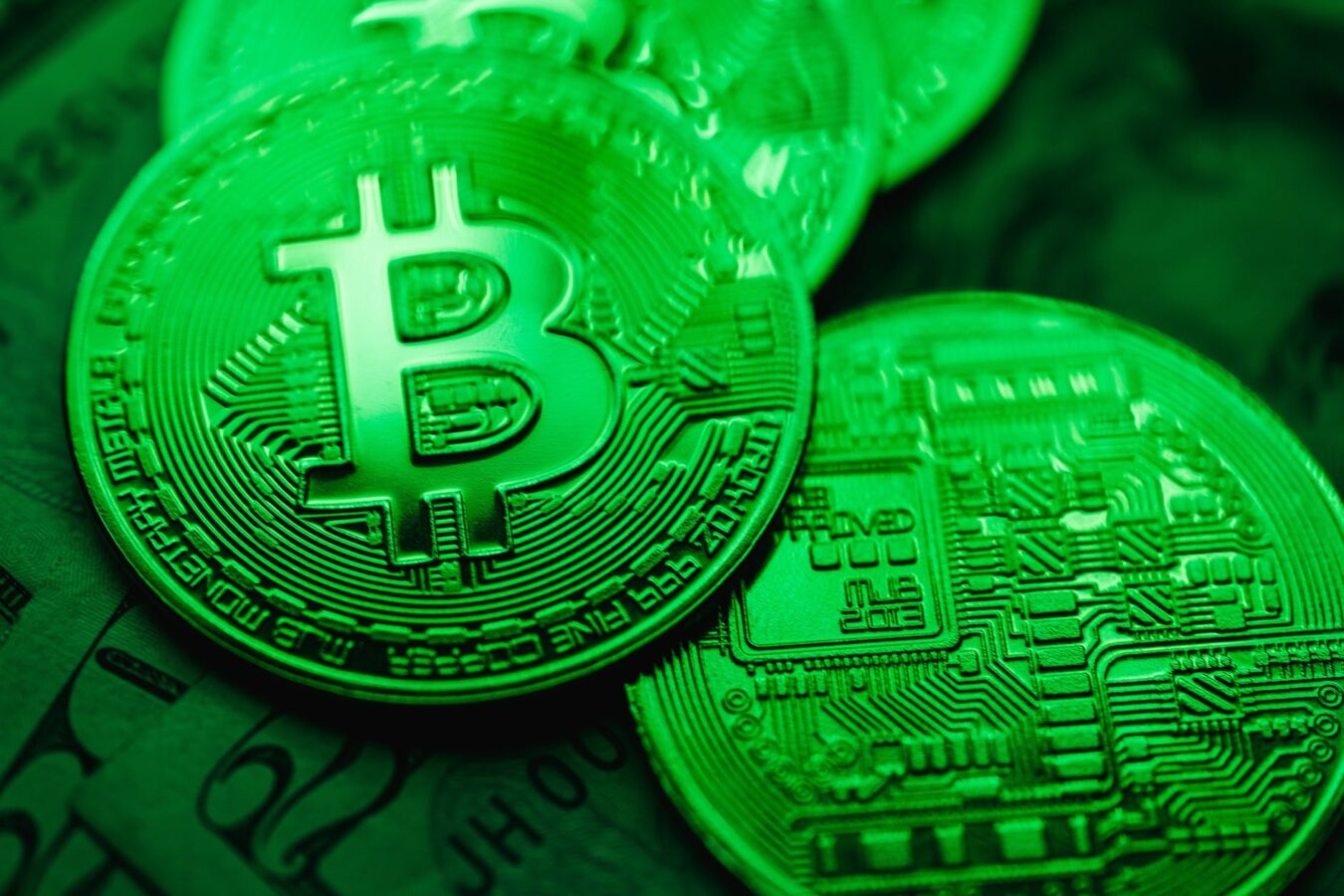 Bearish opinions about Bitcoin have been taking over the market for a while now. But these opinions have a ton of credibility owing to historically important indicators acting pessimistic. Benjamin Cowen highlighted how these indicators could play an important role for Bitcoin to potentially reach 100k and eventually engage in a bull run. Here is a breakdown of the important levels for these indicators.

The king coin’s descent began as soon as it hit its ATH in April. Since then multiple dips and flash crashes brought the coin down to $31k, registering a fall of 52%. As soon as the market observed the first sign of a trend reversal, Cowen stated,

“We could be experiencing some bearish times for 3-6 months”

50 week SMA had been a consistently important level in Bitcoin’s history as it acts as the support needed for a bull run. Previous instances regarding 50 SMA, show that a bounce off of the level in 2014 resulted in a 61% increase in price. Similarly in 2018, the coin went up 45% and once again rose by 34% in 202 after testing the line for support.

Presently this level is already negated as the 50 WSMA is placed at $32k whereas the price is already below it at $31k. 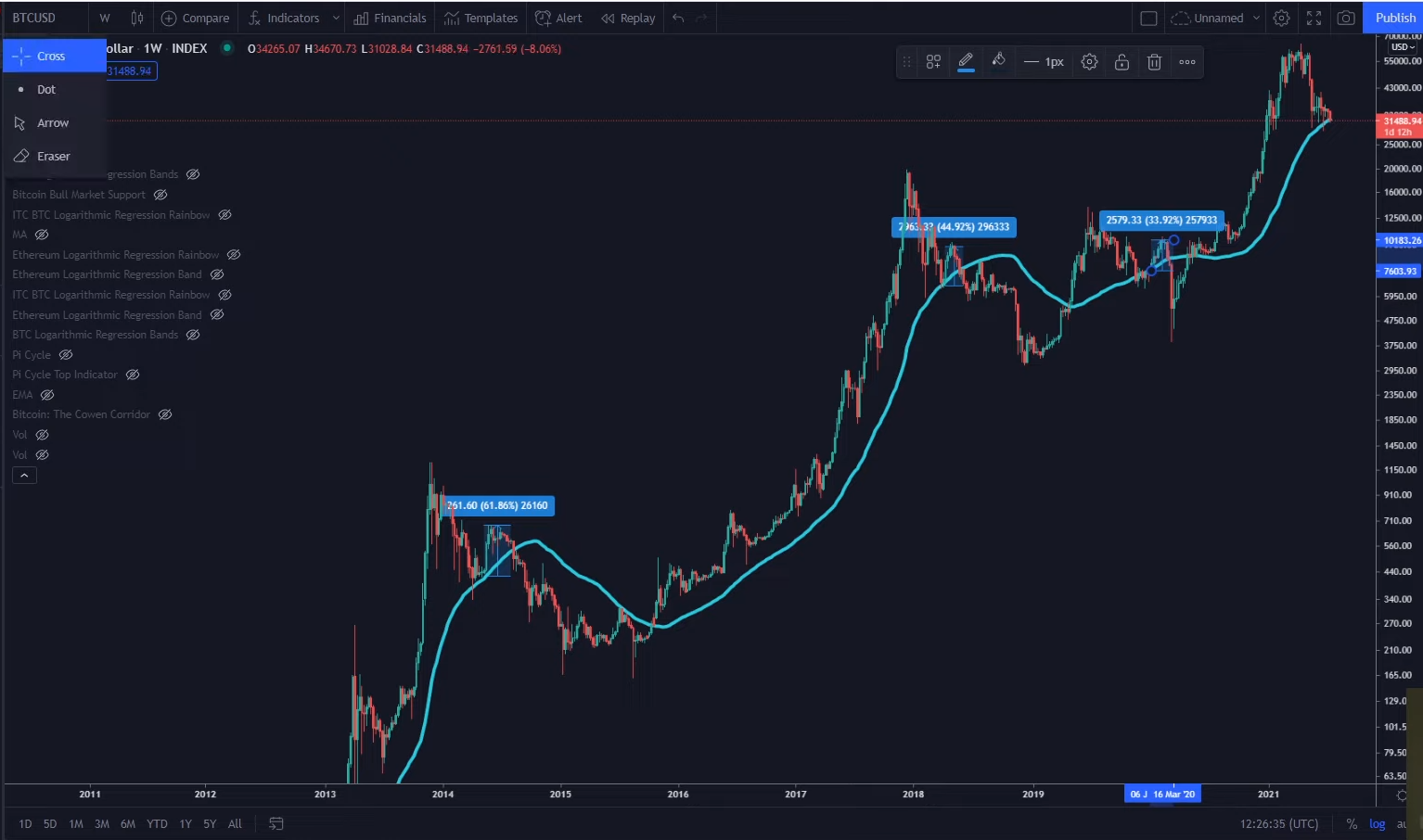 Bull market support (BMS) is one of the most important zones, which as the name suggests, creates the perfect support for a bull run. At the moment Bitcoin is way below the BMS and if the king coin can even test it as resistance it would be a great sign. In addition to the BMS, the 100 week SMA still maintains its value as the critical support, as it has in the past. The indicator being at $20k is an interesting development since a lot of institutions including JPMorgan pitched Bitcoin to fall to $20k – $25k. About the same Cowen said,

“At $20k Bitcoin, if we were to come back to twenty thousand dollars, I can say in that scenario, I would start to get a lot more bullish” 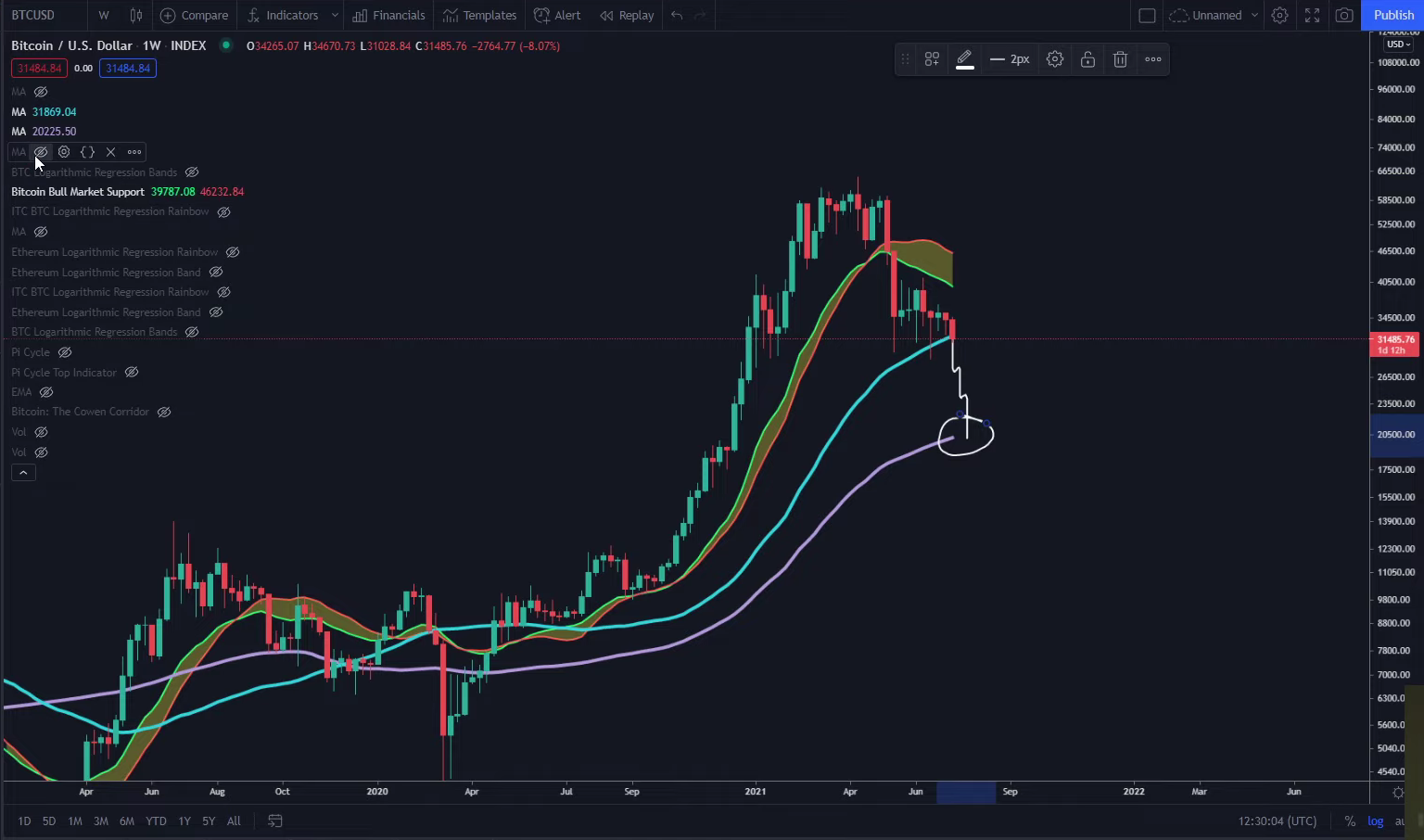 Cowen believes that Bitcoin has the potential to reach $100,000 by the end of the year, only if it is able to reclaim the 20 week SMA. This line marks the upper band of the bull market support. Once it is converted back into support, a solid bull run can be observed in the BTC market. 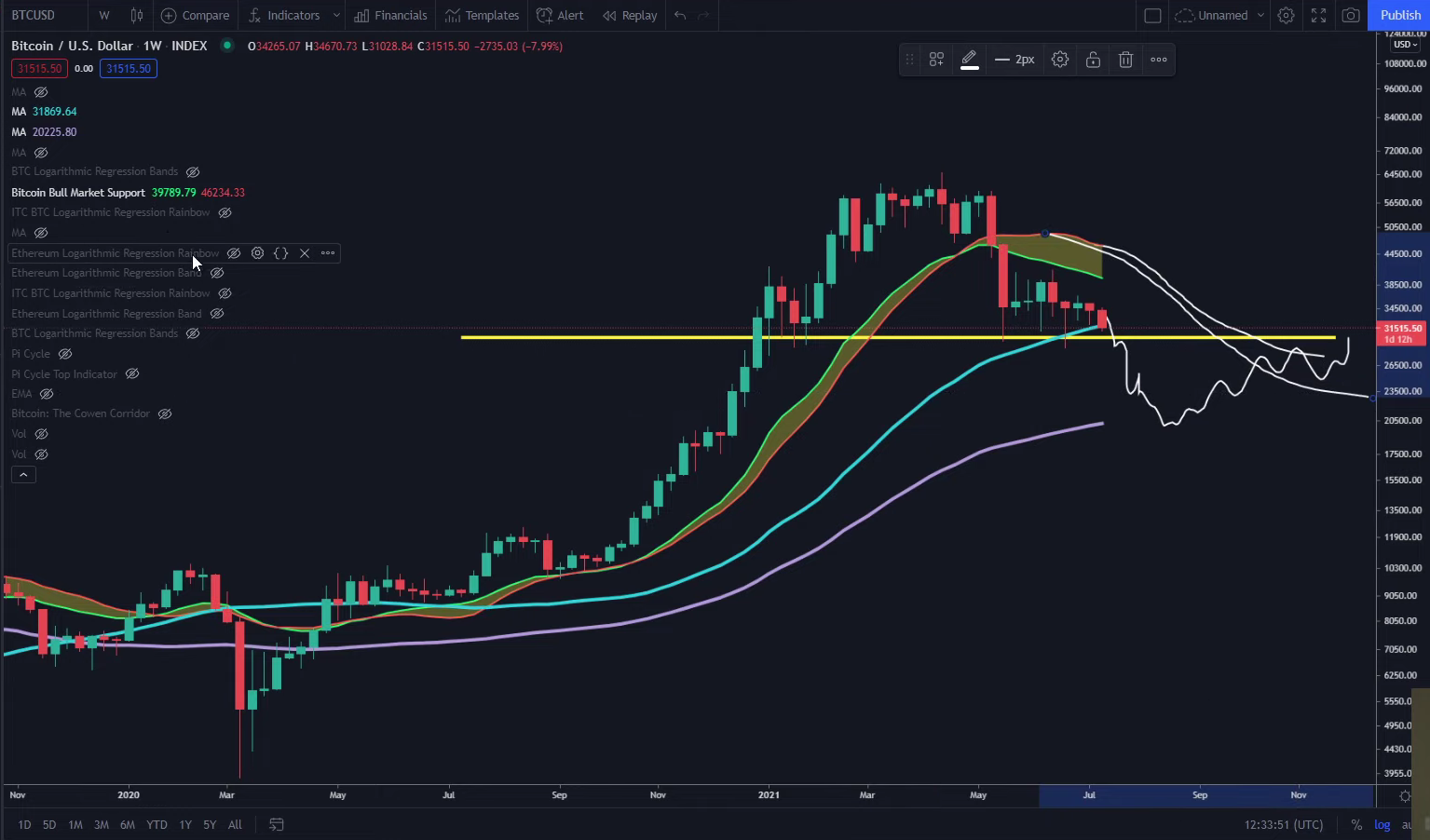 However, this could happen only when Bitcoin moves sideways for a couple more months. Consolidation would give BTC time until the bull market support reaches $30,000 and actually turns into support. This would be exactly what is necessary for a bullish rally.

Ethereum Classic: Can these factors trigger this move