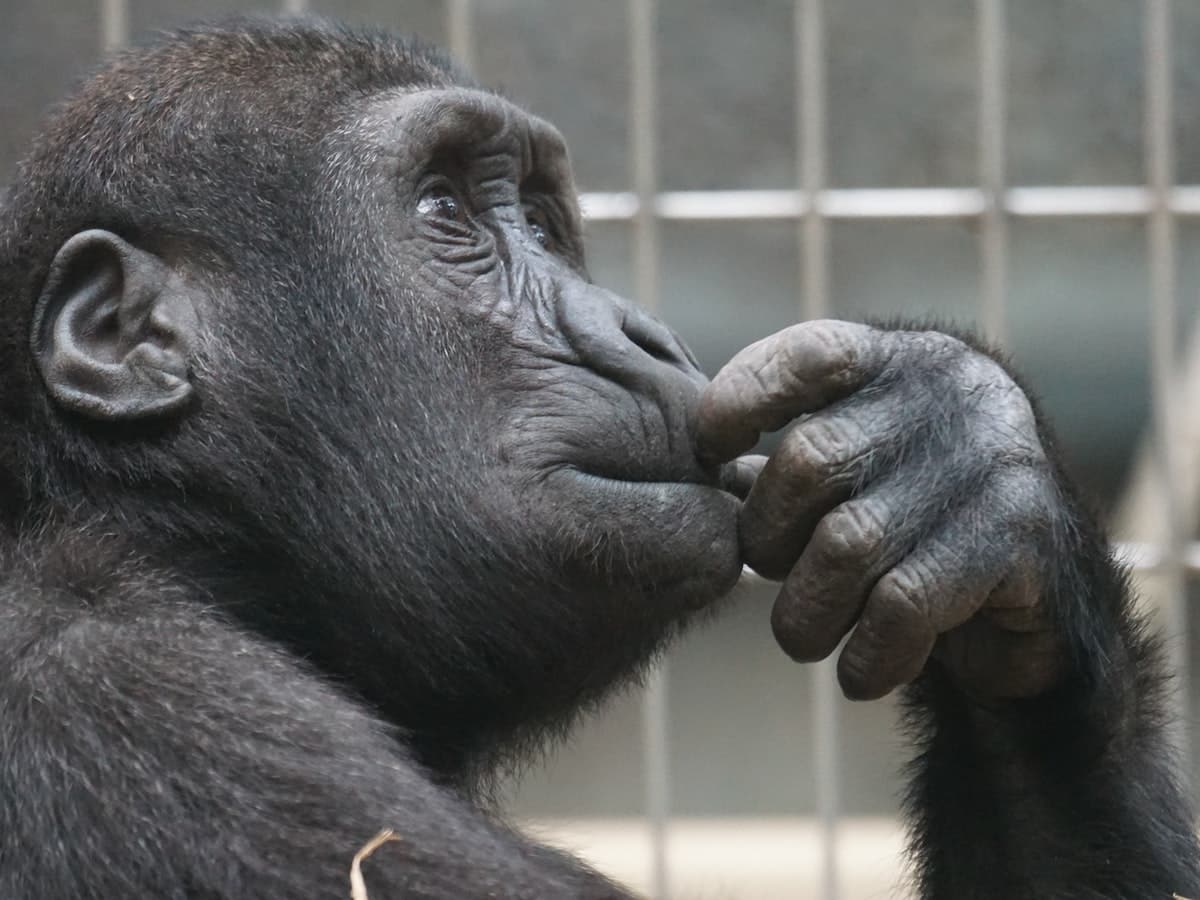 ApeCoin [APE] has been in a price correction in the past three days. It dropped from $5.532 and was hovering around an immediate support at the time of writing.

At press time, APE was trading at $4.871, and bears could struggle to push beyond this support level. 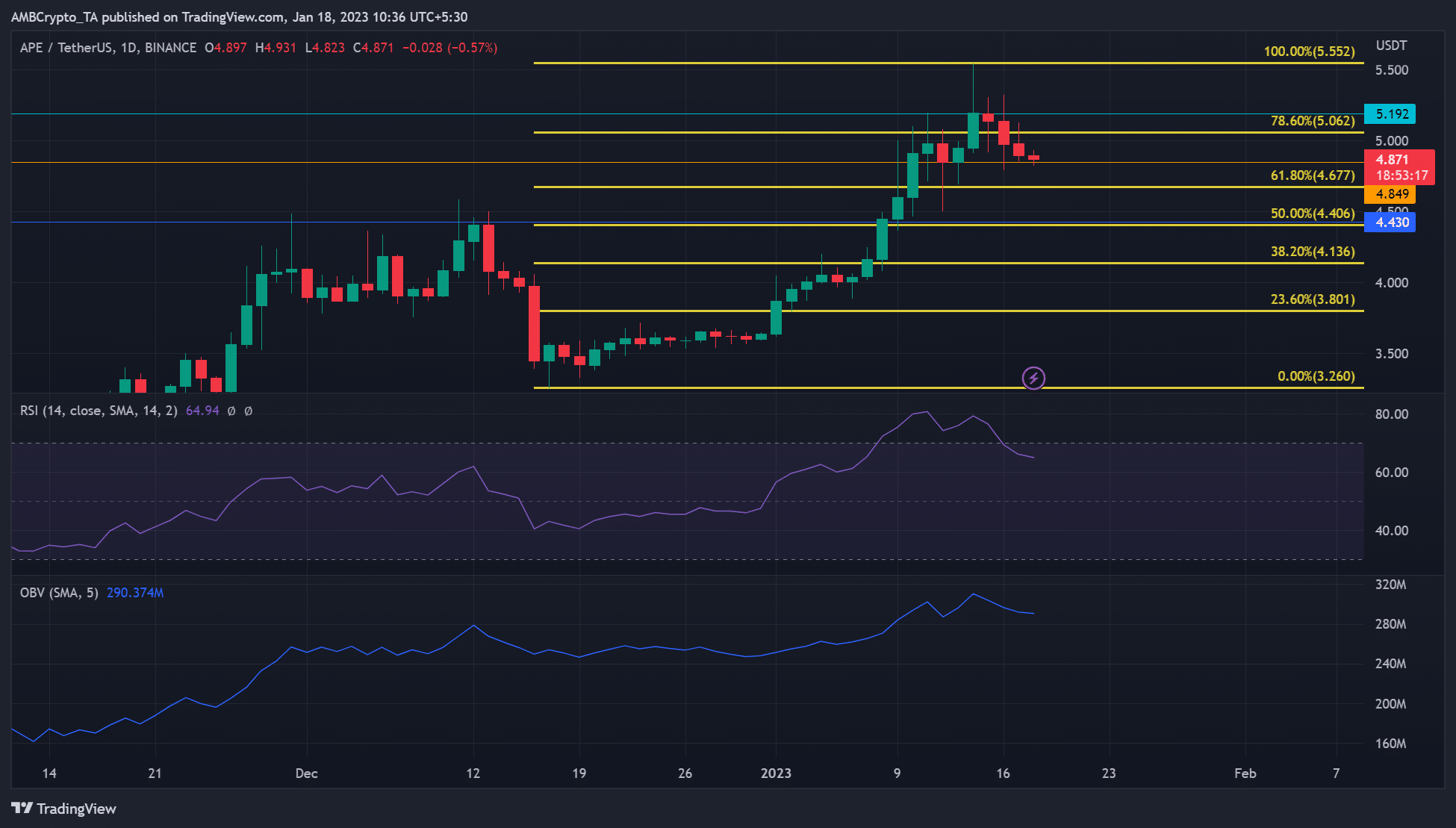 The rally cooled off afterward, setting APE into a price correction. APE had dropped by 12% at the time of writing, but bulls could come in at $4.849 support.

APE’s daily chart showed the Relative Strength Index (RSI) retreated from the overbought zone but was still above 60 units. This indicated buying pressure declined, but APE was still in a bullish market structure.

Therefore, bulls could attempt a price recovery after retesting the $4.849 support. They could target the bearish order block at $5.192 or the overhead resistance of $5.552 in the next few days.

However, a breach below $4.849 would invalidate the above bullish bias. Such a downtrend could set APE to retest the 61.8% Fib level of $4.677, offering extra short-selling opportunities for short traders.

Is your portfolio green? Check out the APE Profit Calculator

In the same period, APE’s weighted sentiment retreated from its positive elevation and almost rested on the neutral line at the time of publication. It shows investors’ confidence fell, but remained positive.

Such a price reversal could set APE to secure the $4.849 support and target the overhead resistance at $5.552. However, a bearish BTC could extend APE’s price correction and invalidate the above bullish forecast.

MATIC has a strong bullish structure, but watch out for a dip to this level

Chainlink: Increasing whale accumulation does not mean much if…