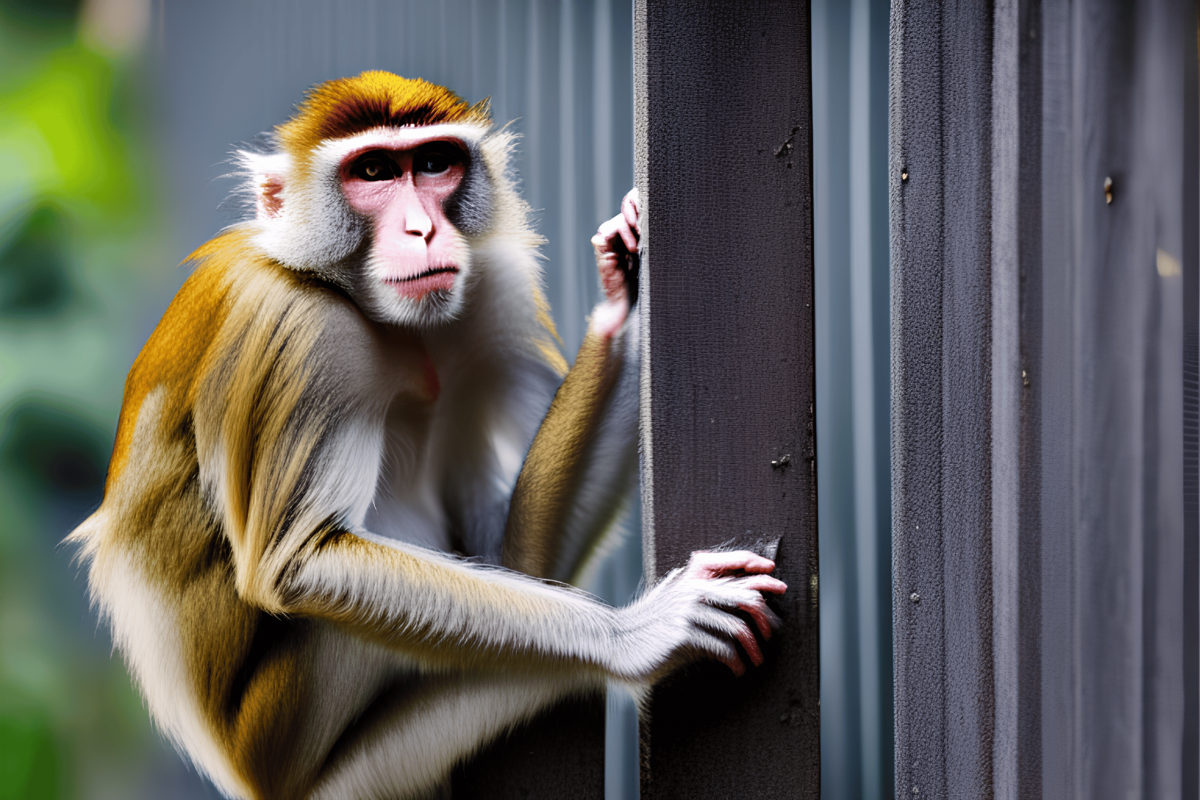 Bitcoin has climbed past the $17k mark in recent days and traded at $17.4k at the time of writing. It faced intense resistance near the $17.6k and $17.8k marks. A drop for the king of crypto will likely drag the rest of the market down as well.

ApeCoin also traded within a higher timeframe zone of resistance. A pullback was likely for APE, but this could be followed by a northward move. Will Bitcoin’s rejection, if it occurs, break this setup for ApeCoin? Or can traders wait for a bullish breakout over the next few days? 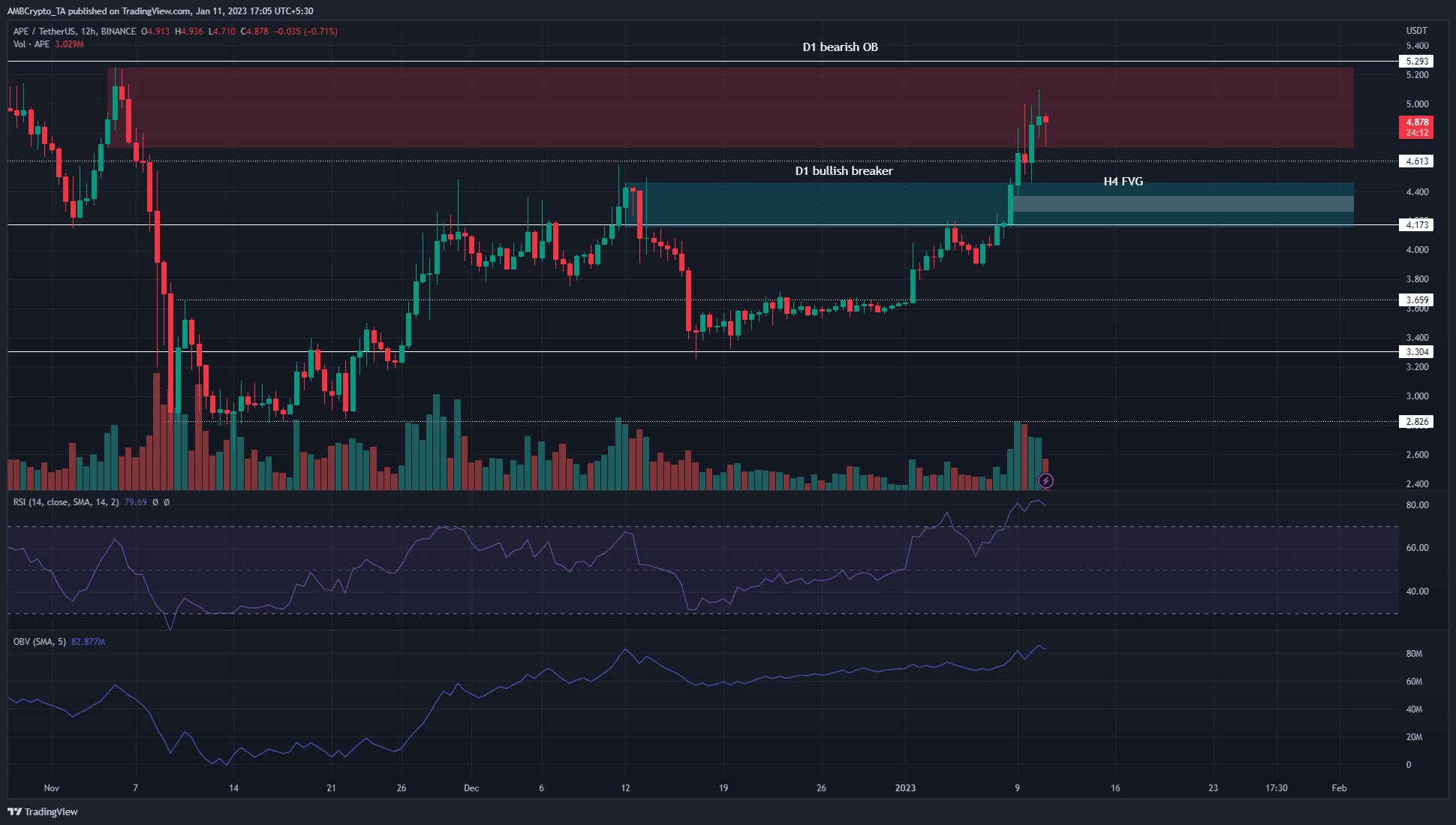 On the daily timeframe, the red box marked a bearish order block that ApeCoin registered on 5 November. This move upward to $5.25 was followed by a sharp drop to the $2.82 level just a few days later.

The intense reaction at this zone of resistance marked it as a place where a similar reaction could occur once more. A rejection remained likely, and only a daily session close above $5.25 could flip this bias.

On the four-hour chart, the RSI was receding even as the price climbed higher- a bearish divergence. Hence the bullish momentum was visibly slowing, even as the OBV climbed higher to indicate steady buying pressure.

A rejection at the order block could see a pullback to the bullish breaker at the $4.4 zone. The $4.26-$4.37 area also has an inefficiency on the chart, highlighted in white. A push beneath this inefficiency to $4.14 was a possibility before a jump upward.

The weighted sentiment was near neutral, and had pushed strongly positive right after Christmas. At that time a bullish price action did not follow. In the past week, the 30-day MVRV ascended steeply and breached the highs from late November. The inference was that holders can look to sell and take profits.

Combined with the price action, this added to the evidence behind the idea of a pullback.

TRON ranks second in TVL, but this is where the network’s dominance is faltering