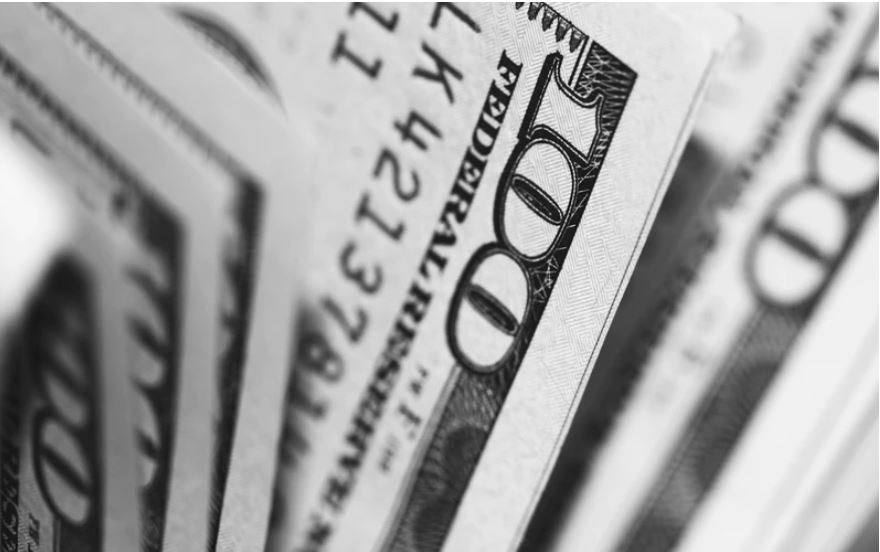 United Arab Emirates Digital Economy Minister Abdullah bin Tawk al-Marri said cryptocurrency and asset tokenization are key to the country’s plans to double its gross domestic product. This means that new crypto projects will appear in the Arab World in the near future, which will differ in manufacturability, reliability, and, most importantly, in scale. One such project is the DeFi cryptocurrency Arabic Cash.

After six months of development and several months of Private Trading, the Arabic Cash project proved its serious intentions and development prospects. It is rightfully the first independent crypto project created in support of the global “Blockchain Strategy 2021” of the United Arab Emirates. The main motto of Arabic Cash is Largest Arab Investment Strategy. Throughout this time, they tried to find government connections in the project. But the creators, which are the joint group of Arab real estate companies, have denied any involvement with the state.

According to them, Arabic Cash should attract investments in e-commerce of the Arab region from all over the world in the simplest way possible. And this is not a privilege of the state, but of the entire world crypto community. This is why Arabic Cash was created as a decentralized platform without any hint of individuals or businesses.

What solutions does Arabic Cash offer?

According to insiders, this is a decentralized financial project that works on the principle of loans and deposits, which are possible on the blockchain thanks to the technologies of the Binance Smart Chain network. It is by far the most advanced tool in the crypto world. With its help, investors can send millions of dollars over the network in a split second, and the commission will not exceed $0.2.

Arabic Cash has its own token called ABIC. Cryptocurrency experts predict a sharp rise in the price immediately after the completion of the Private Sale stage. And the maximum indicators ABIC can reach when listing on the Binance exchange, which should take place in late autumn 2021. In addition to organic growth, investors can be guaranteed to count on 35.6% per annum for staking, that is, for keeping the token in the account.

Final Round before DeFi launch

In April of this year, Arabic Cash announced the launch of the Private Sale for the ABIC token. In the First Round, the price started at $0.05. The second Round increased the price of the token by more than 40% and early investors were already paying $0.07 for the coin. But only those who entered the project for at least $1000 were allowed into the project. But even with such a high limit, the project exceeded targets for both rounds.

At the beginning of June, the third and final round of Private Trading started and Arabic Cash prepared softer entry conditions for new investors. Against the background of the global market correction, the threshold dropped to $300. In total, in the last stage, about 1,000,000 ABIC tokens will be sold. The purchase is carried out automatically on the official PRE-SALE website https://arabic.cash using BUSD or USDT through the connected Metamask or Trust Wallet. 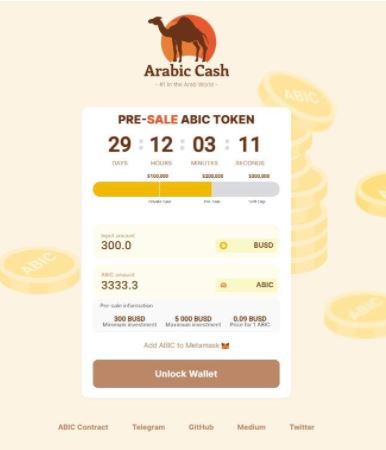 The Private Sale will end on June 30th, immediately following which Arabic Cash will launch its Staking 6 cryptocurrency Swap and will also list on DEX Pancake Swap.

According to a recent poll on the official Telegram channel Arabic Cash, 97% of early investors are going to keep the ABIC token staking at least until the project is released on Binance. This incredible figure suggests that when it enters the Market Trades, the project will take off vertically due to new investors. That is why DeFi cryptocurrency Arabic Cash is rated by experts as one of the best assets to wait for the stabilization of the overall market.

We follow the ABIC token and keep up to date with the latest news and updates. For more information about the Arabic Cash project, see the official channels on Telegram or Twitter.