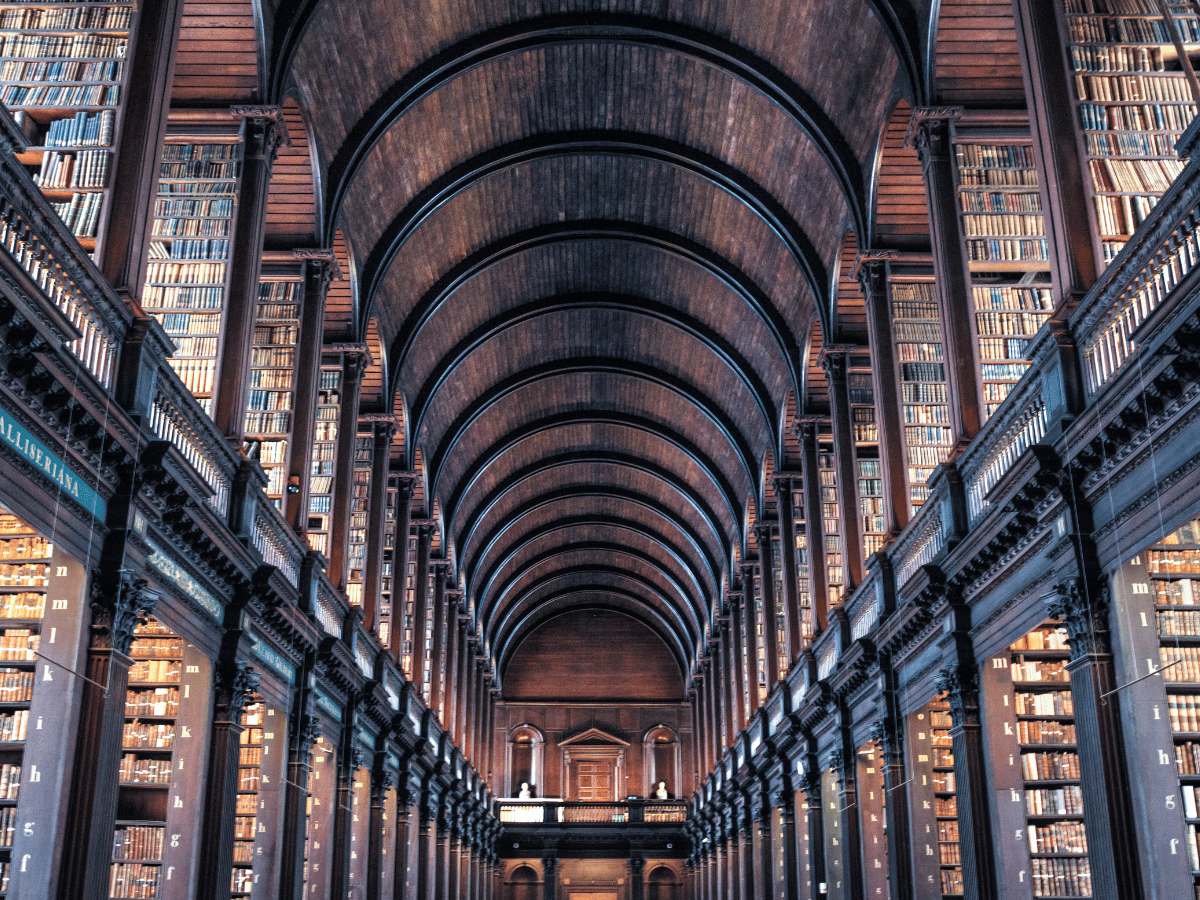 According to Santiment, at press time, Litecoin [LTC] whales were unmoved by the rough patch that hit the crypto market. Even though things stand in a bad state, these whales have not ceased accumulating LTC.

The on-chain platform, in a tweet, mentioned that this has been the case since 2017. Interestingly, actions taken by these top whales in the past five weeks have been massive.

Santiment reported that addresses holding one million Litecoins have accumulated $219.6 million worth of LTC within the period mentioned above.

⚡️🐳 #Litecoin's mega #whale addresses are holding their highest level of available supply since June, 2017, according to @santimentfeed data. In the past 5 weeks, 2.95M $LTC were accumulated by addresses with 1M or more coins held, valued at $219.6M. https://t.co/rPH0qqqs6p pic.twitter.com/ZbIv0hECpc

What is happening in the back end?

Despite the consistency, LTC became less profitable although it has been one of the best performing coins of the last three weeks. However, at press time, LTC was changing hands at $73.88. This meant that the coin had plummeted 4.06% in the last 24 hours based on CoinMarketCap data.

Litecoin’s on-chain life cycle was in an exceptionally effective form due to the state of its liveliness. According to Glassnode, LTC’s liveliness was 0,732. As this was an increase from its condition in October and November, it  indicated that long-term holder activity was exploding.

The metric, at this stage, also suggests improved adoption and utility while excluding liquid supply from circulation. 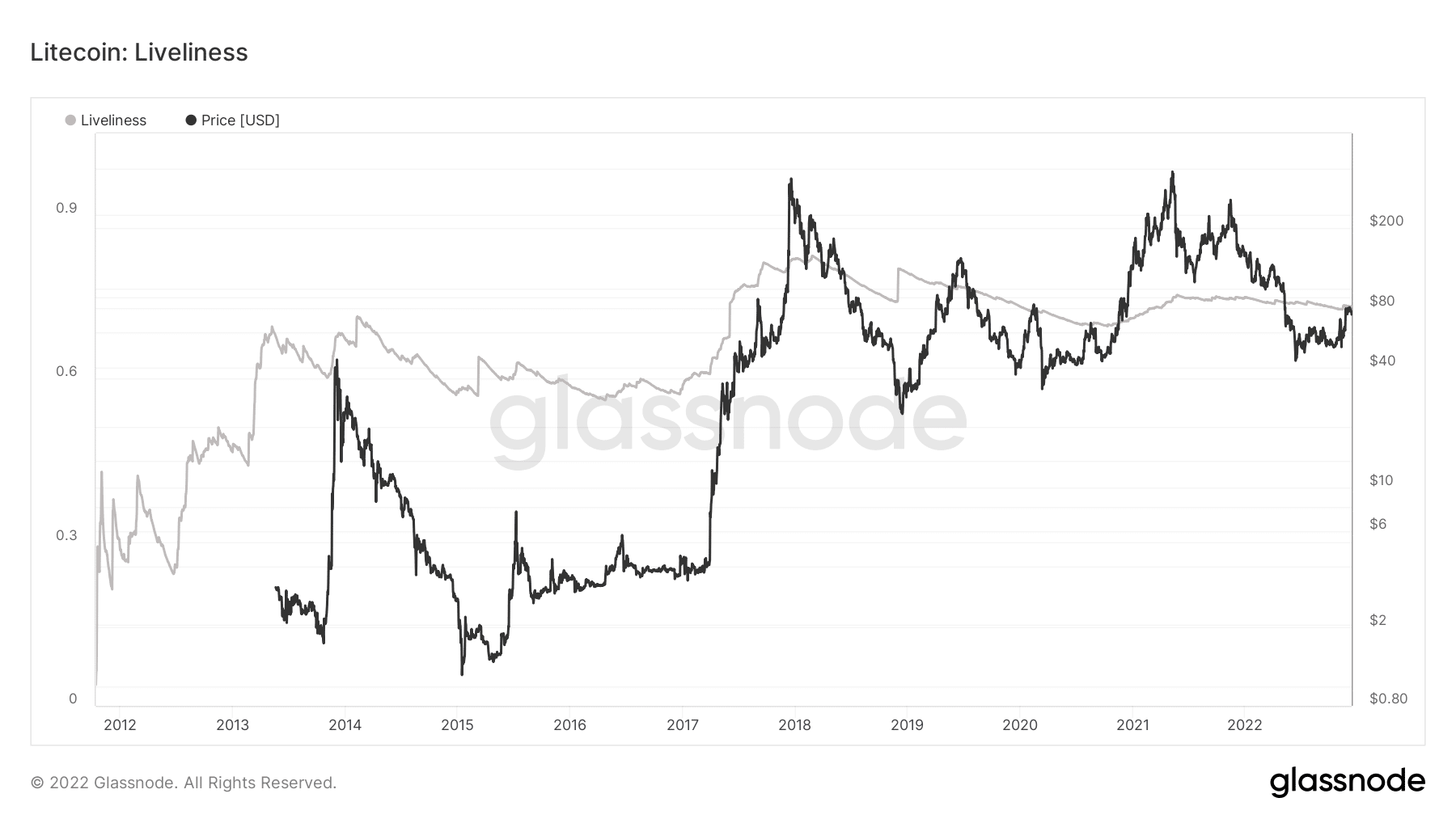 With LTC whales commanding most of its supply, Santiment showed that it had not impacted the network’s overall circulation. At the time of writing, Litecoin’s circulation was 1.6 million. Since this was a monumental decrease from 6 December, it meant that the supply dynamics within the Litecoin network was not splendid.

The realized market capitalization hodl waves, on the contrary, made a good account of itself. After it had declined to 1.26 earlier, the hodl waves revived to 1.562.

The interpretation of this state equaled LTC appealed to the average investors. Additionally, whales were not the only interested party as the increase meant several age bands joined in accumulation.

Reportedly, Litecoin was largely alive than it was between May to November. This was because the Unspent Transaction Output (UTXO) value created was 68.71 million. This indicated that newly created coins were equally spaced compared with existing LTC. Thus, enhancing its ability to contribute more value to the Litecoin network. 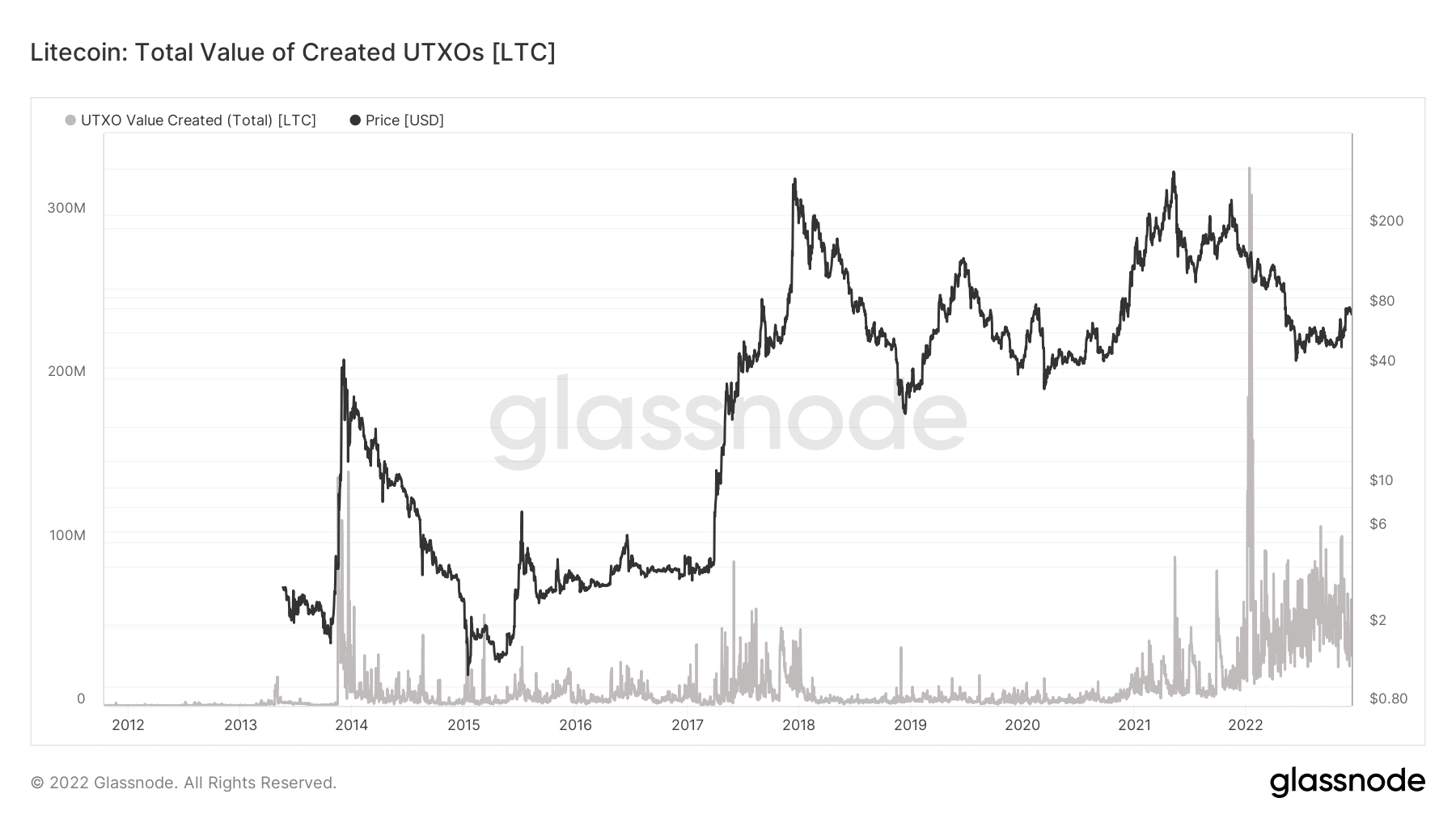 Finally, the summary of Litecoin’s on-chain condition showed that network was in robust health. As whales have played their role in ensuring this status, so has the retail sector done its part.

However, the steady large accumulation might not lead to short term results. A sustenance of the actions might tell on LTC in the long term.

Uniswap sees sharp decrease in fees per core developer; is UNI in trouble