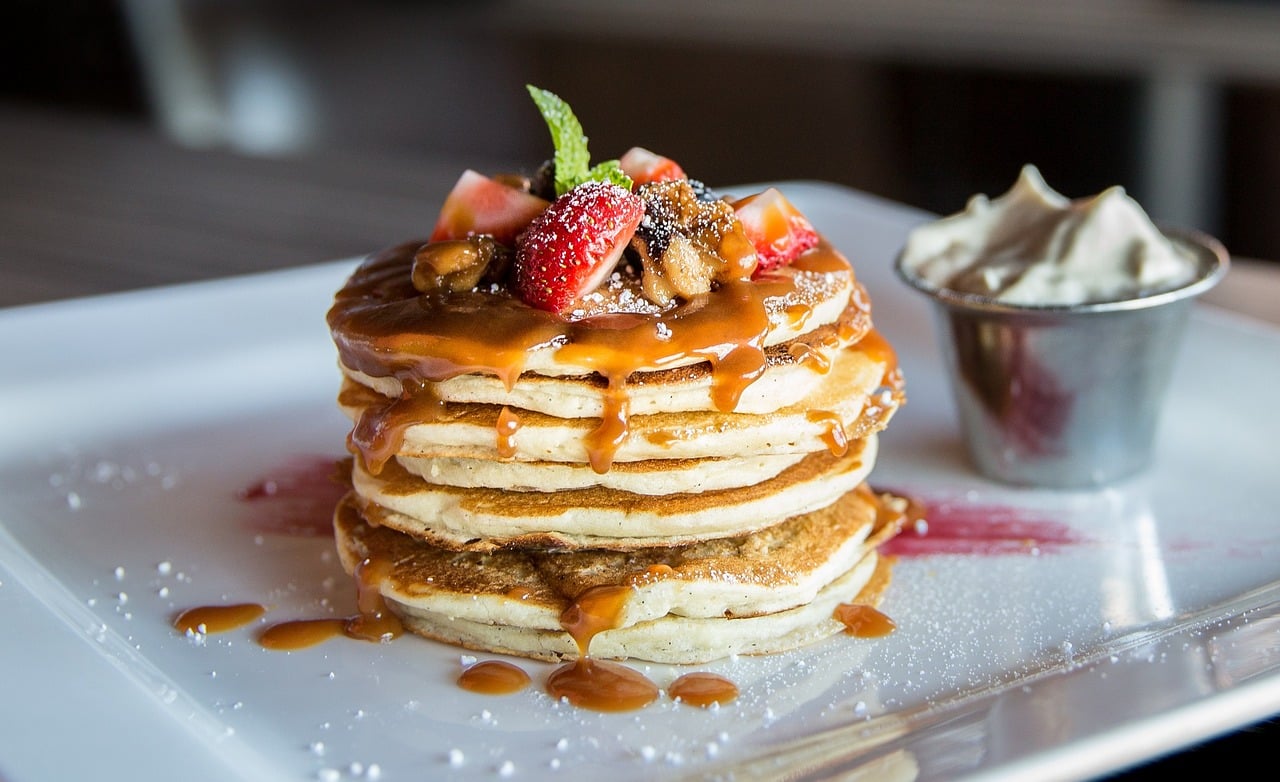 PancakeSwap [CAKE] witnessed reduced volatility in the past two weeks. The $3.96 level has been crucial recently and served as resistance at the time of writing. A buy or sell opportunity could arise on a move to $3.84 or $4.12 respectively.

Bitcoin faced resistance in the $17.3k region, and the crypto market saw neutral momentum over the past couple of days. Should PancakeSwap see a surge in the token prices, it would more likely offer a selling opportunity than a buying one.

VPVR and mid-range both showed $3.96 to be a significant level for bulls to beat 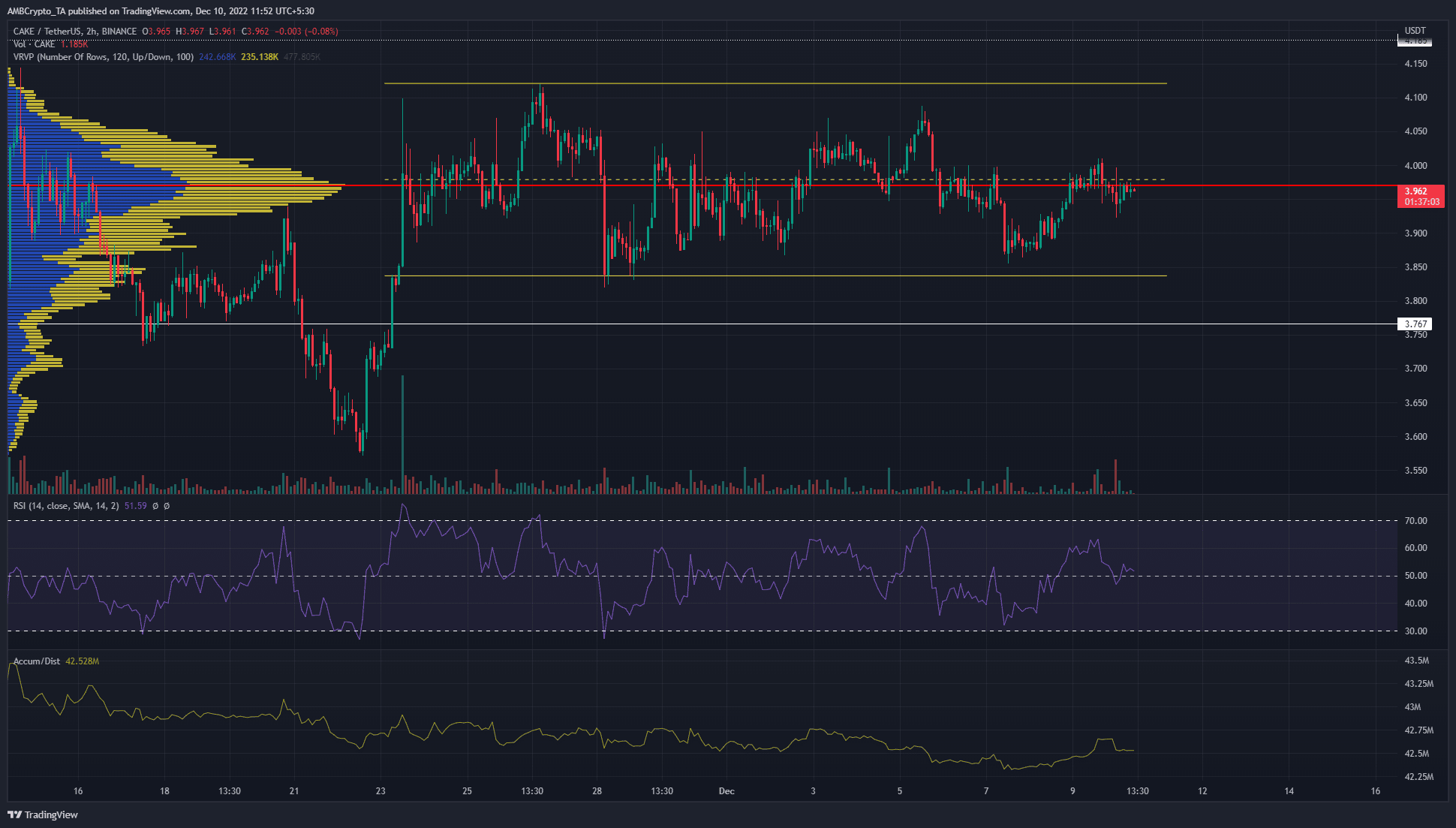 On the one-hour chart, CAKE formed a range (yellow) from $3.84 to $4.12 since 23 November. The mid-point of this range lay at $3.98. The Volume Profile Visible Range tool also showed the Point of Control (POV, red) to be at $3.96. This level was in close proximity to the mid-range value.

Therefore we can conclude that, especially on lower timeframes, $3.96 was the level to beat for the bulls. A retest of this level as support can be bought targeting $4.12 as take profit. However, the Accumulation/Distribution (A/D) indicator has been in a steady decline throughout the time CAKE traded in the aforementioned range. The Relative Strength Index (RSI) was also near neutral 50 to show the lack of strong momentum.

This showed demand was weak. The $3.75-$3.84 was an important zone on the higher timeframe charts such as 12-hour. Until a clean breakout was witnessed, traders can look to the range extremes for good R:R trade opportunities.

The weighted sentiment on the chart above showed lukewarm enthusiasm toward CAKE, at best. Social dominance witnessed sharp spikes in recent weeks, Yet, there was not much correlation between bullish price action and positive sentiment since October.

Meanwhile the 30-day Market Value to Realized Value (MVRV) ratio ticked higher since 21 November and hauled itself above 0% recently. This could indicate that short-term holders might look to book a profit on a rally upward. This idea resonated with the range presented previously.

Binance threatens to cut off 3Commas’ access to its platform, here’s why

FTX, its customer database, and what this latest motion has to do with both