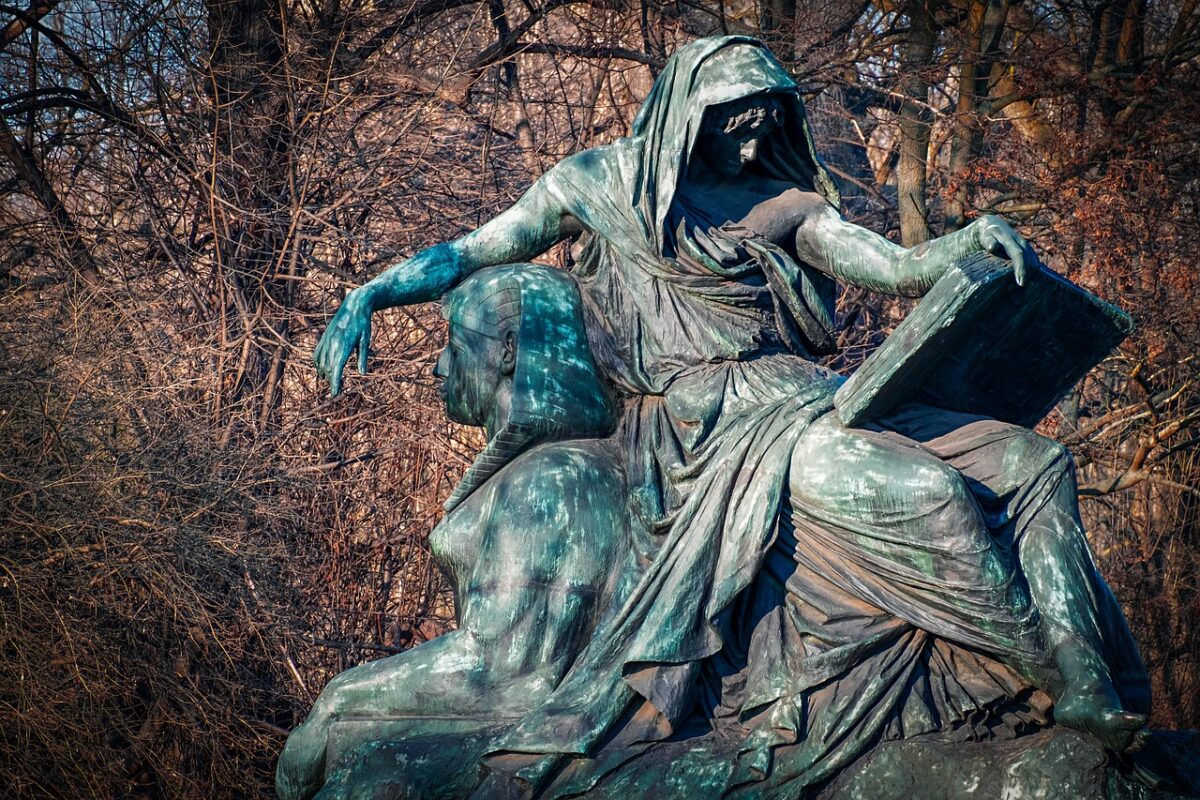 Terra has had a solid run on the charts in recent weeks. In early March, news emerged that $30 billion worth of LUNA was staked across various platforms, compared to Ether at $27 billion. This coincided with a strong rally on the charts, backed by genuine demand.

Over the past few days, this bullish impetus has lost some steam and the price has been trading within a range. Is a breakout imminent or are the bears sharpening their weapons for combat once more? 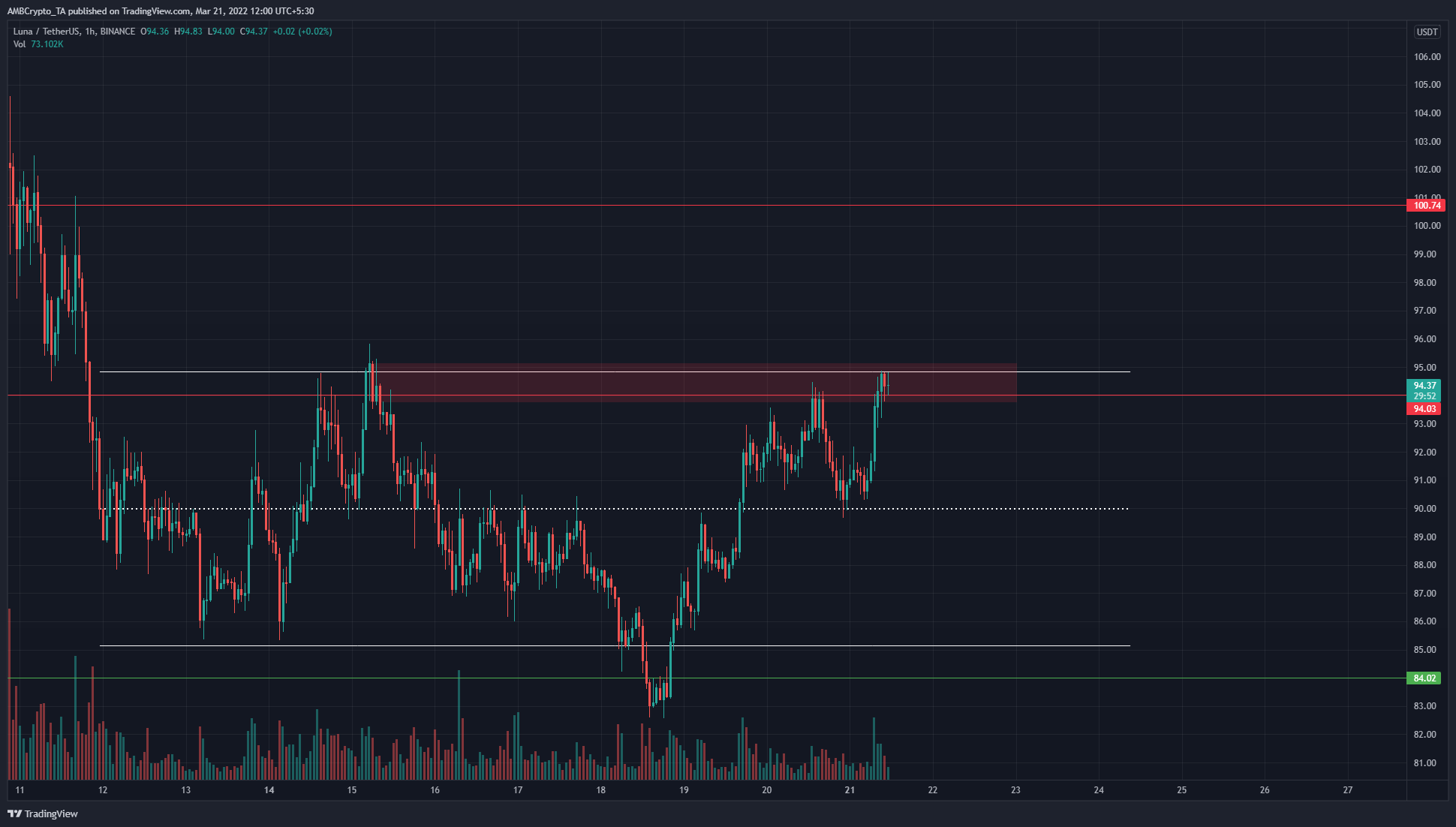 In white is a range from $85.1 to $94.8, one that LUNA has traded within for the most part of the past week. This range, despite the deviation to $83, holds significance because of the importance of the mid-range level at $90 (white dotted). This level has acted as support and resistance consistently for the past week.

The price action indicated that on 14 March, a test of the range highs was followed by a bearish engulfing candle. This was indicative of a bearish order block at the range highs (red box) and a zone where sellers are likely to be strong once more.

A rejection here would likely see LUNA head back towards the range lows in search of liquidity. 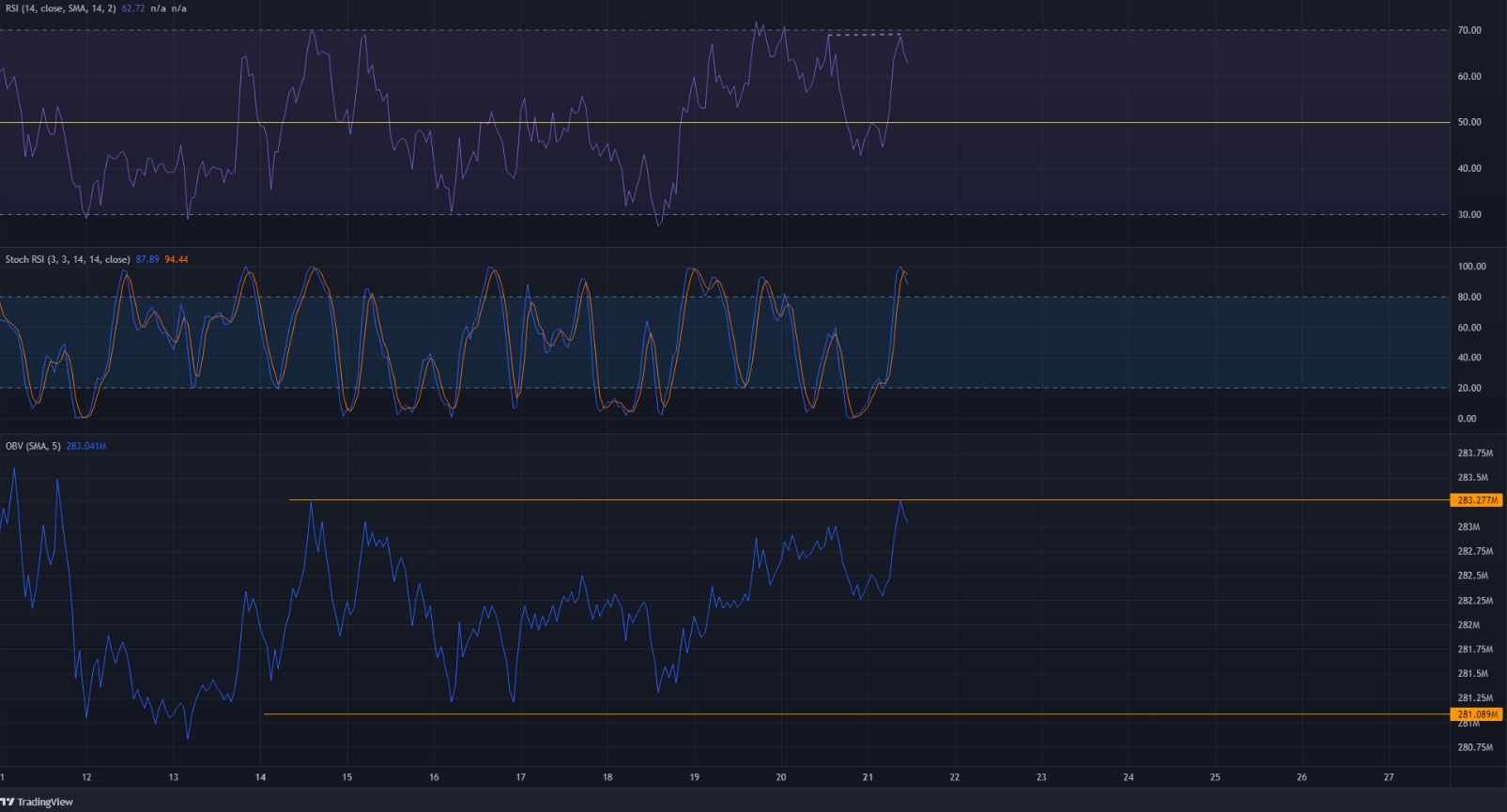 The indicators also appeared to favor a move to the downside. The RSI, even though it showed strong bullish momentum, set equal highs while the price made higher highs. This pointed towards the possibility that momentum has run out of steam even as the price pushed higher.

The Stochastic RSI formed a bearish crossover in the overbought territory while the OBV has not registered a new high in the past week.

This could all change in the next few hours if LUNA can break past the $94.5 zone and retest it as demand. However, as things stood at press time, a move back towards $90 and $85 appeared likely.

The indicators underlined the possibility of a move towards its range lows for LUNA. The price action showed a clear order block at $94, one that could decide the direction of the next move for the altcoin.

Ravendex: $Rave surges as it readies for Bitrue listing and NFT staking release