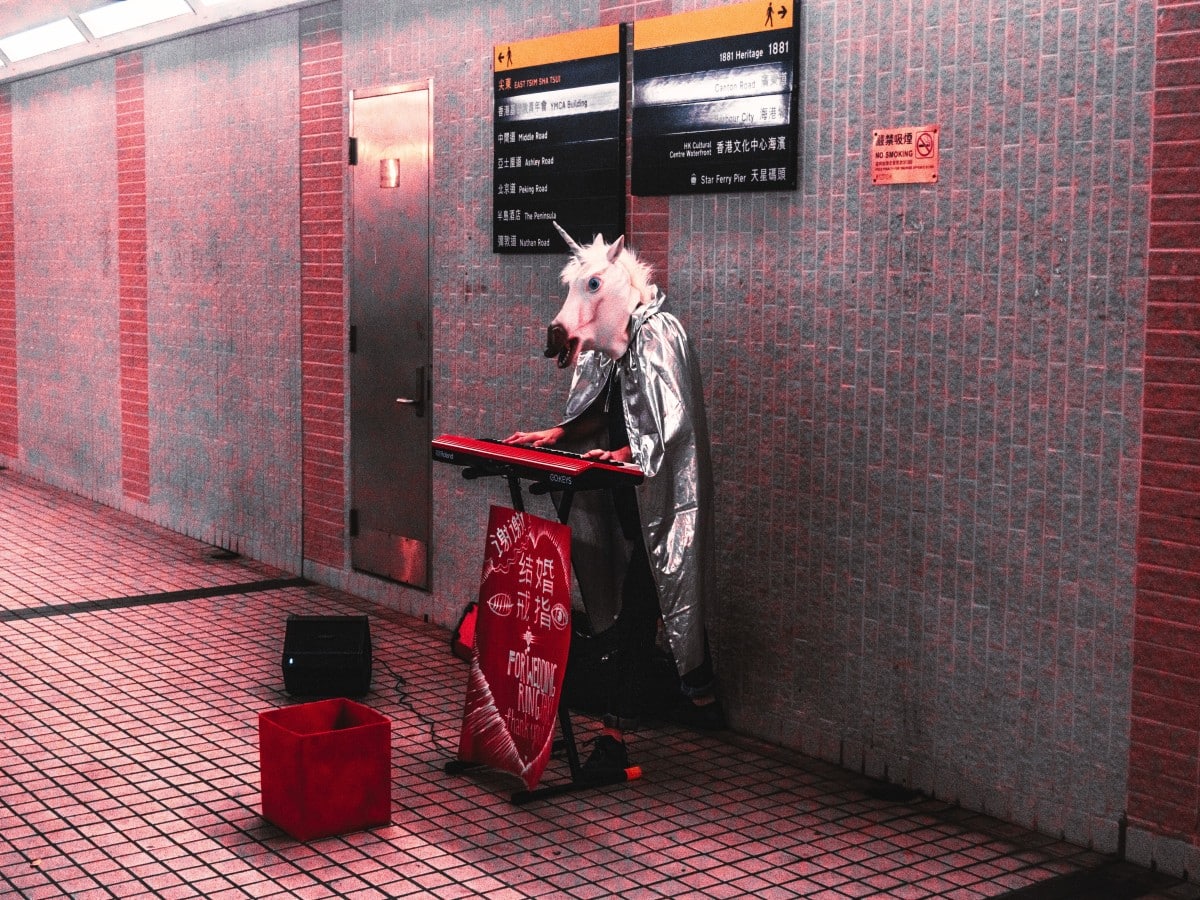 Uniswap V3 posted a 25% decline in trading volume on a month-on-month basis. However, that didn’t stop Uniswap from becoming the decentralized exchange (DEXes) with the most trading volume in the last 30 days.

According to data from CryptoRank trading volume across all DEXes fell by 23.4% from the $66.7 billion recorded in August to $51.1 billion in September. This represented the fourth consecutive month of decline in trading volumes on DEXes. 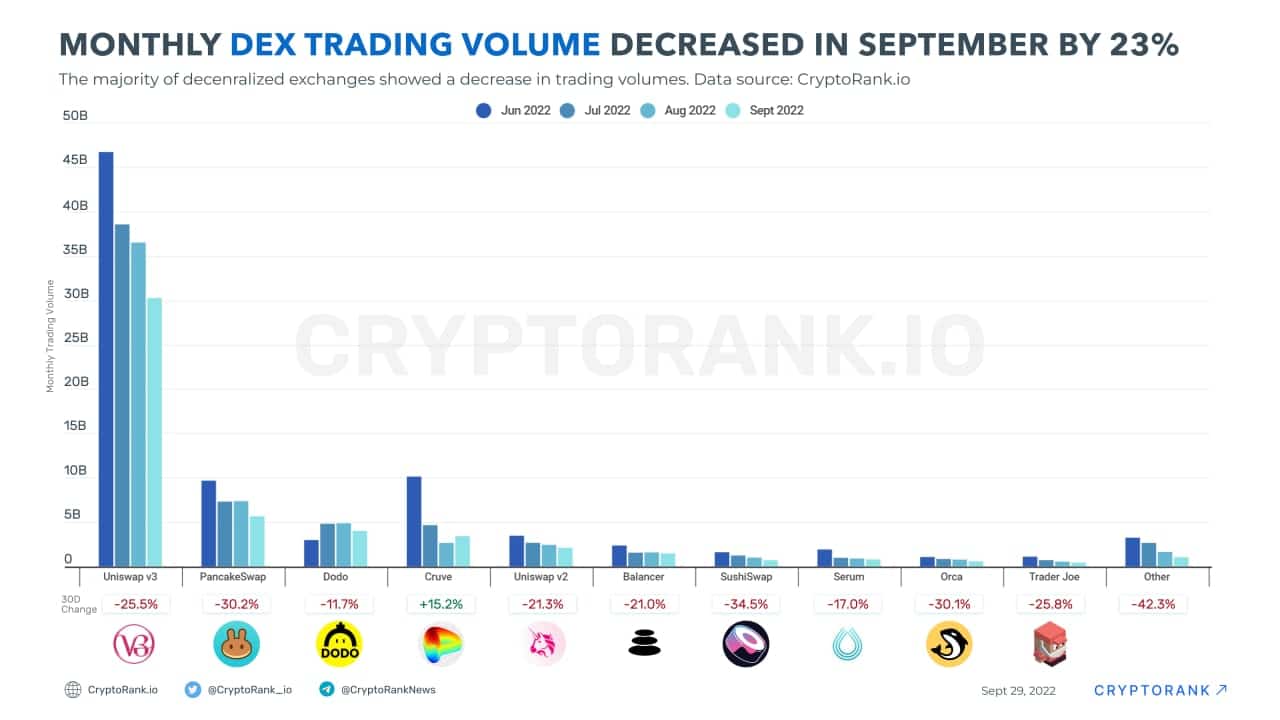 A ‘UNI’on of bears and bulls

Despite accounting for 70% of DEX trading volume in September with PancakeSwap, data from DefiLlama revealed that Uniswap witnessed a decline in its total value locked (TVL) within the 30-day period.

At press time, the protocol’s TVL stood at $5.27 billion, having declined by 7% in September.

However, with Q3 coming to an end, Uniswap was poised to enter the last quarter of the year with a 6% rally in its TVL within the 90-day period. 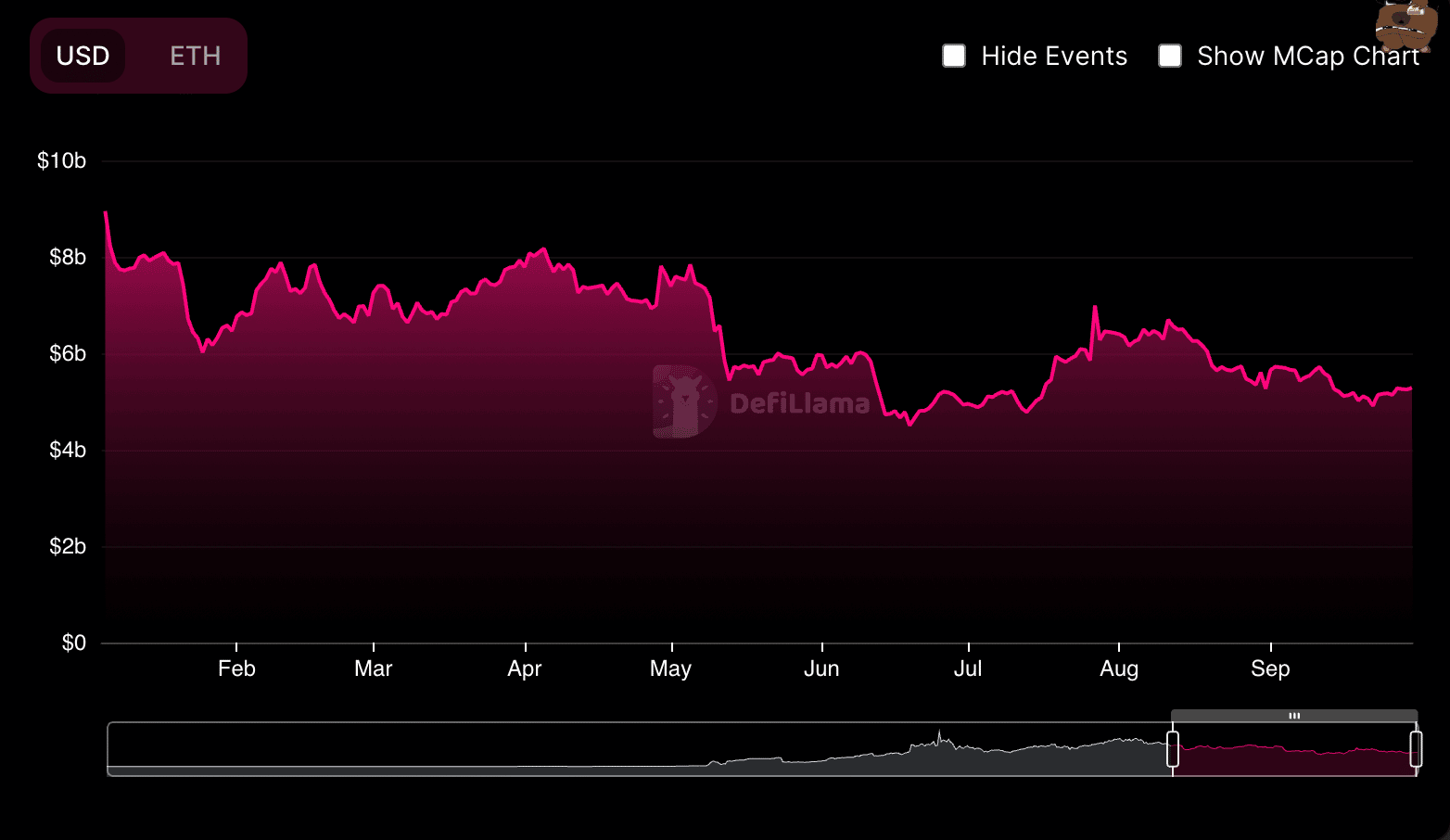 In addition to a decline in its TVL, the DEX also registered a drop in daily fees in the last month. According to data from Token Terminal, daily fees paid by users on Uniswap declined by 7%.

During the quarter, this also fell by 39%. Following the uptick in interest around decentralized finance in 2021 and the decline that followed, daily fees on Uniswap had only grown by 4% in the last 365 days.

Interestingly, despite the fall in daily fees on the protocol, the index for active users rallied in the last month. Active users on Uniswap grew by 15.4% in the past 30 days and by 22.4% during the quarter.

UNI in the last month

The month so far has been a rollercoaster of highs and lows for the price of Uniswap’s native token, UNI. According to data from CoinMarketCap, the asset commenced the month at an index price of $6.27.

It rallied to a high of $6.88 by 12 September. The bulls, however, were unable to sustain the rally, leading the price per UNI to plummet by 32%.

Polkadot [DOT] surpasses Cardano and Ethereum in this aspect

How Ethereum [ETH] is faring amid reshuffled demand