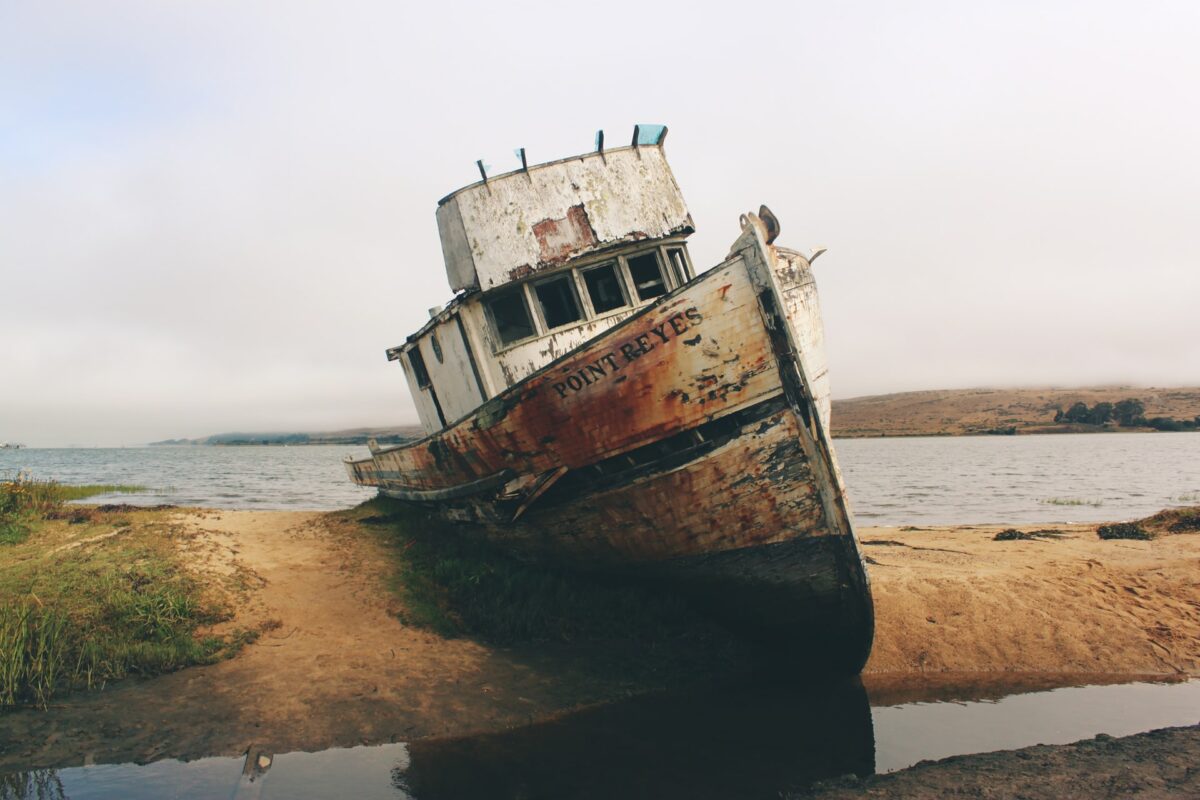 Axie Infinity’s price is shattering the support levels as it falls off a cliff. This massive downswing is a result of two reasons – the market condition and a top reversal pattern formed over the course of eight months.

Axie Infinity set up a head and shoulders on the daily chart. This pattern contains three distinctive peaks with swing lows bouncing off a stable support level. The central peak is typically taller than the rest and is termed the ‘head.’ While the peaks on either side of the head are known as ‘shoulders’ and are of comparable heights. The swing lows can be connected using a horizontal trend line to form a ‘neckline.’

This setup is a popular reversal pattern and usually signals distribution in the asset followed by the end of the trend uptrend. The target for this setup is obtained by measuring the distance between the peak of the head and the neckline and adding it to the breakout point. This method forecasts a 72% crash to $12.38.

For Axie Infinity price, the breakdown occurred on 25 April, when AXS produced a daily candlestick close below the neckline at $45.22. This move was followed by a massive sell-off that crashed the altcoin by 63% in roughly 16 days.

While the technicals played a role, the downtrend was exacerbated by the market conditions and the events that are transpiring with the LUNA-UST debacle.

Regardless, Axie Infinity’s price is close to retesting its target, but the bulls seem to be intervening. As a result, AXS has rallied 37% since 11 May swing low and is likely to continue heading higher.

After a retest of the $45.22 hurdle, AXS is likely going to collapse again, but this time, it will visit the forecasted target at $12.38. This move would constitute a 52% crash and is likely where a local bottom would form. 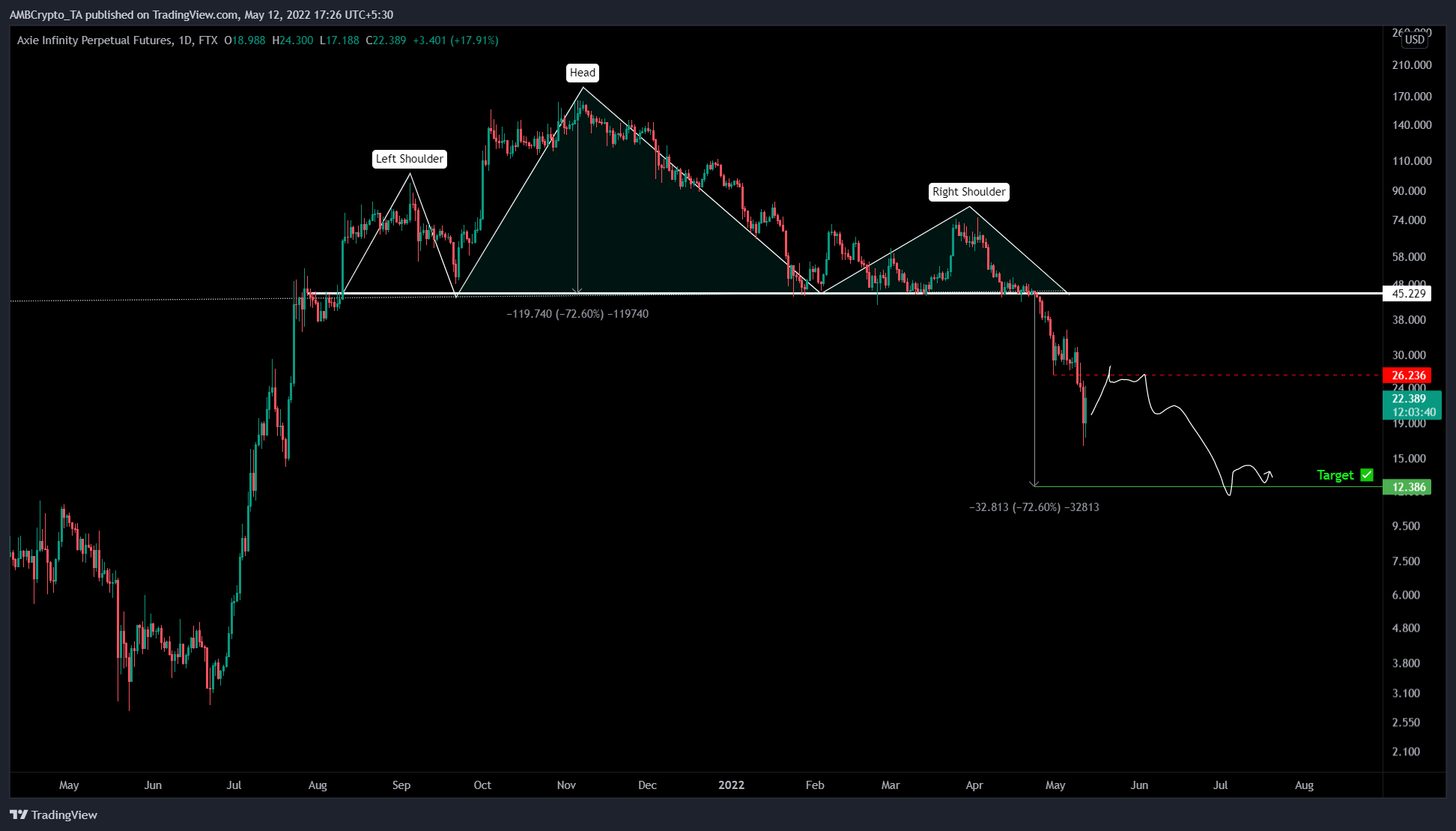 Supporting this short-term uptrend in Axie Infinity price is the surge in on-chain volume from 233 million to 1.03 billion over the last five days.

This spike is occurring while the asset’s value is declining, denoting a bullish divergence. Therefore, investors can wait for the initial spike and short at the retest of the hurdle.

Shiba Inu: Why a near 35% crash might be on the cards for SHIB