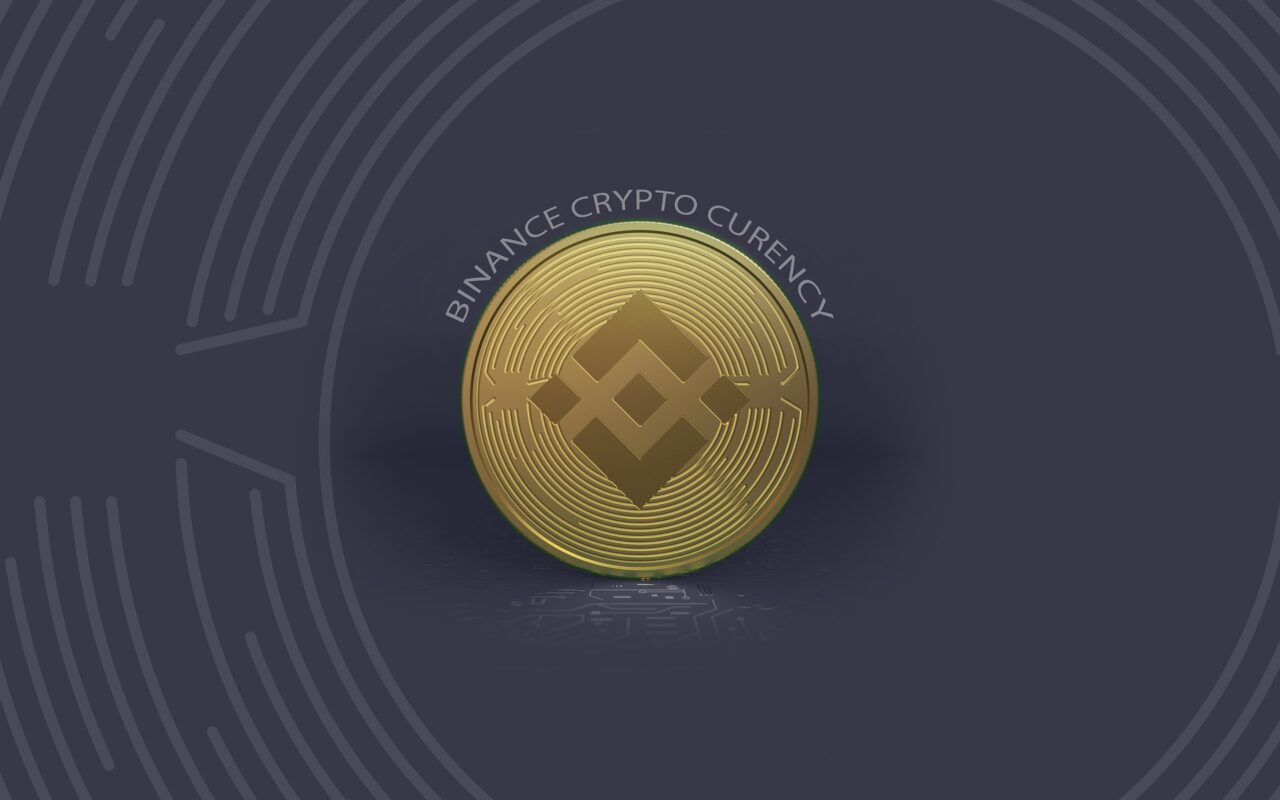 Phew! What a week this has been in the history of cryptocurrency.

A week marked by a significant decline in price for most cryptocurrencies which led to massive sell-offs on exchanges.  With hodlers on one hand advising investors to tarry and paper hands, on the other hand, exiting to salvage what was left of their investments.

Amidst all this madness, we also experienced the de-pegging of the UST stablecoin. This was followed by a severe decline in the value of the Terra LUNA token which led to its delisting from several exchanges.

As markets began to ‘heal’ on 14 May, Binance Coin (BNB) rallied 10% replacing LUNA as the fourth largest by trading volume. How else did this coin perform?

During intraday trading on 13 May, BNB marked a high of $312.27. This was followed by a corresponding spike in trading volume of the coin to $3.07b placing the coin as the 4th largest cryptocurrency by trading volume.

However, a retracement occurred 24 hours later. At the time of writing, the price of the coin stood at $287.65 a 4% decline in price.  Trading volume within the same time frame also declined by a whopping 55.42%.

Also recording a high of $51.04 billion in market capitalization yesterday, in just 24 hours, this quickly declined by 8% to $46.9b.

Attempting an uptrend yesterday, the RSI and MFI reversed with both indicators standing at 32 and 20 at writing. This indicated increased selling pressure for BNB within the last 24 hours. Following the temporary pump, investors started taking profits pushing the price of the coin further downwards. 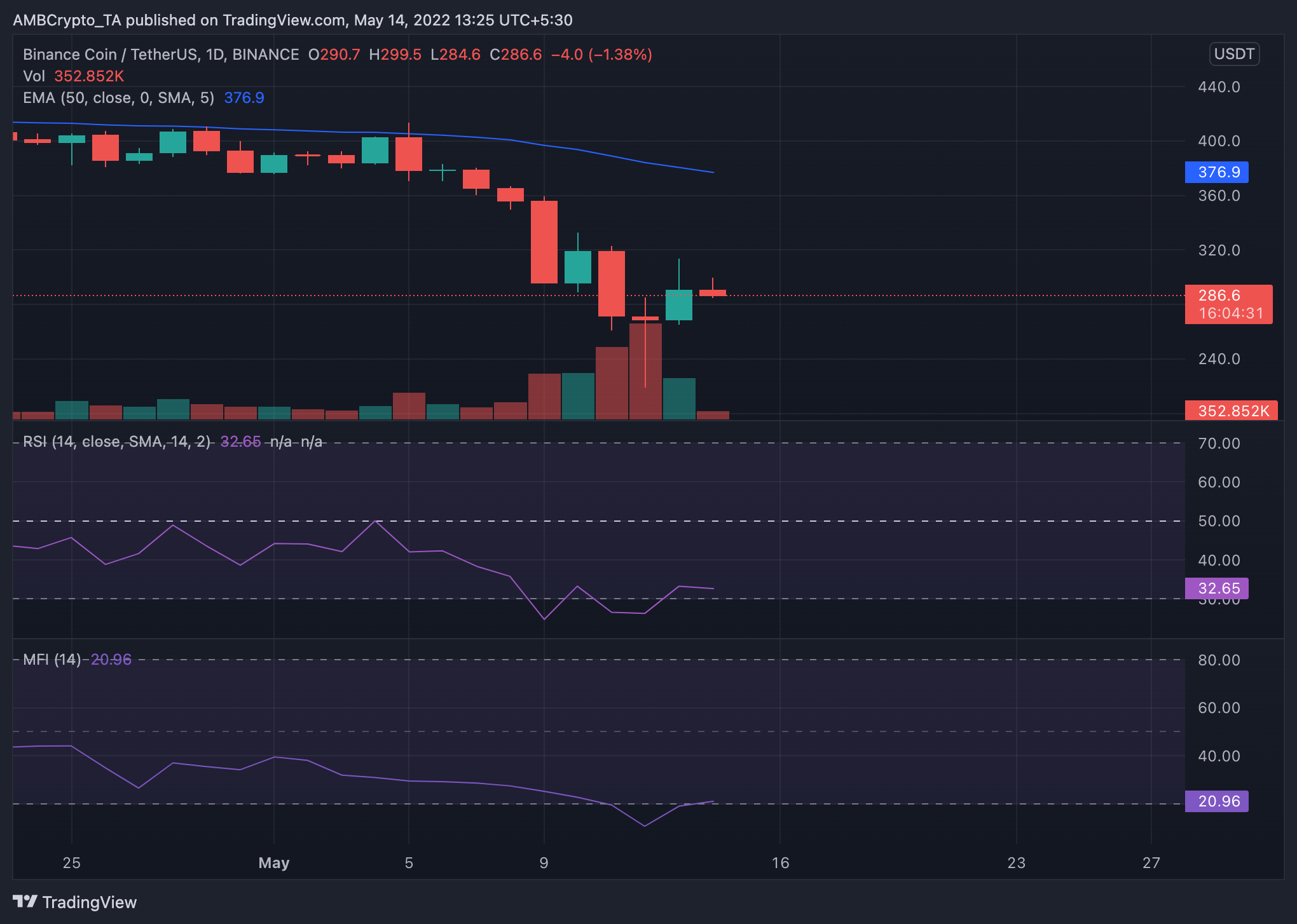 In addition to what was gleaned from the price charts, data from the chain revealed significant traction for the token when crypto markets recovered yesterday. Data from BSC Scan showed that the number of transactions on the BNB network increased significantly, a spike the network last recorded in December last year. 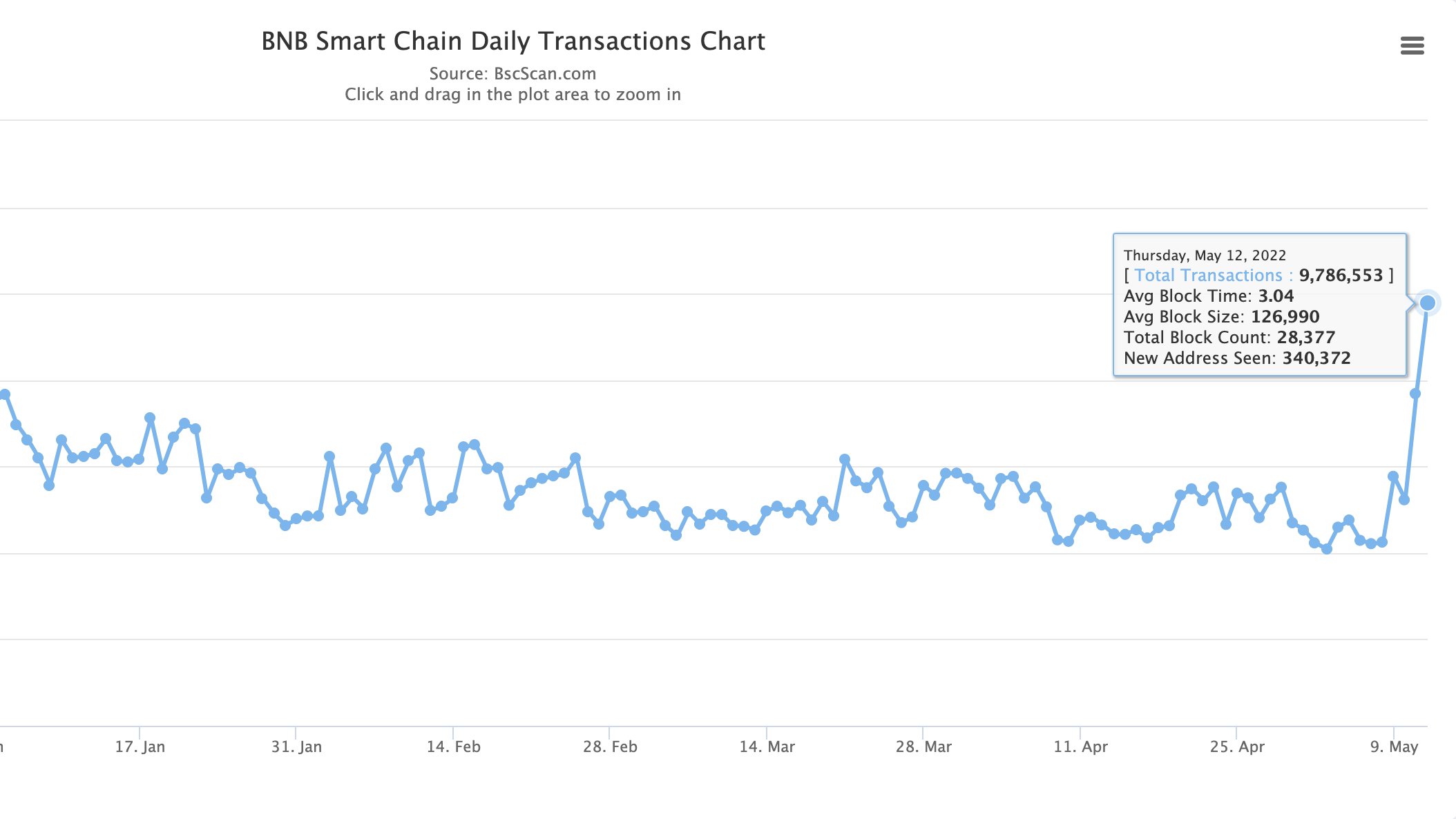 However, this uptrend suffered a reversal within a 24-hour period. A look at the Active Addresses on the BNB Network showed an 8% decline with this metric standing at 16.2k at the time of writing.

Similarly, on a social front, with increased transactions recorded on the BNB Network, the Social Volume for the coin recorded a high of 2,821 yesterday. This however since declined by 80% and stood at 483 at the time of press. The Social Dominance hinted towards nothing significant as it has been on a steady decline since 11 May.

MANA recovers by 61% in 24 hours thanks to its relentless…