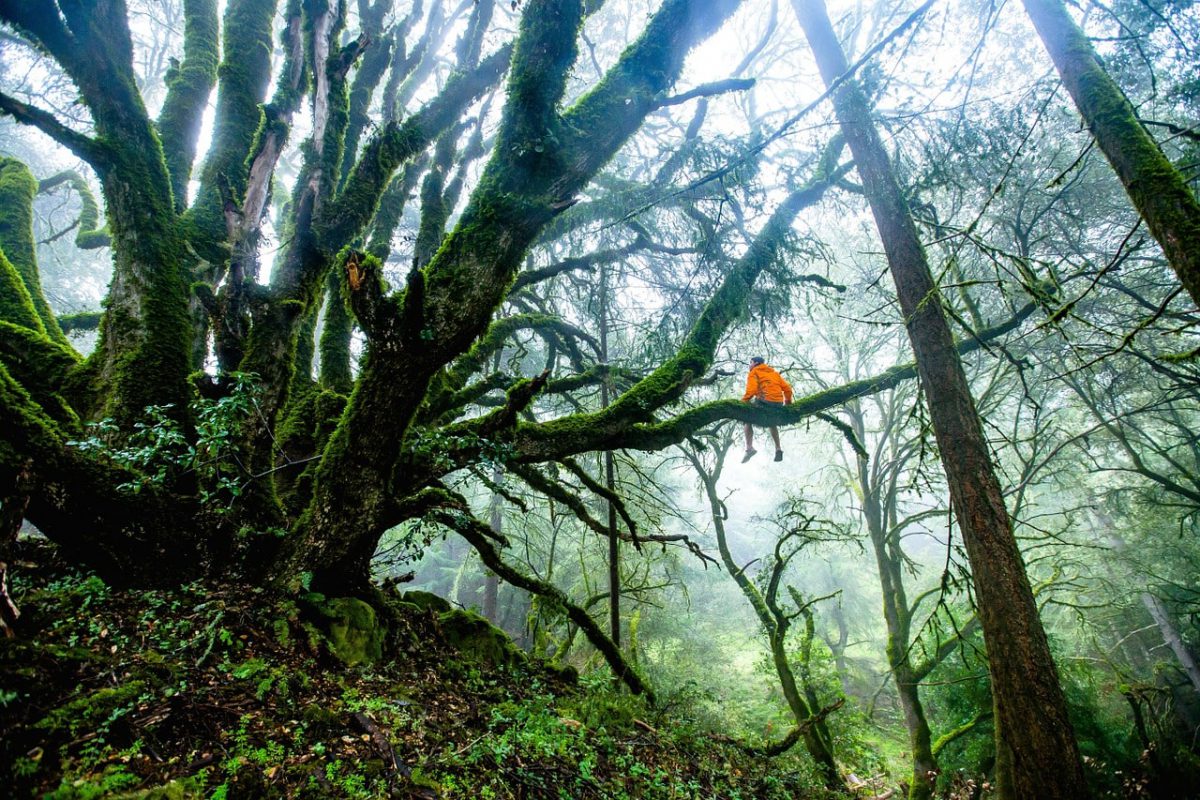 Binance Coin chewed up all the technical targets presented to it recently as it posted a high at $487 before receding slightly. Decred looked to be forming a rising wedge pattern, and Tron signaled it could be ready for its move past $0.12 once more. 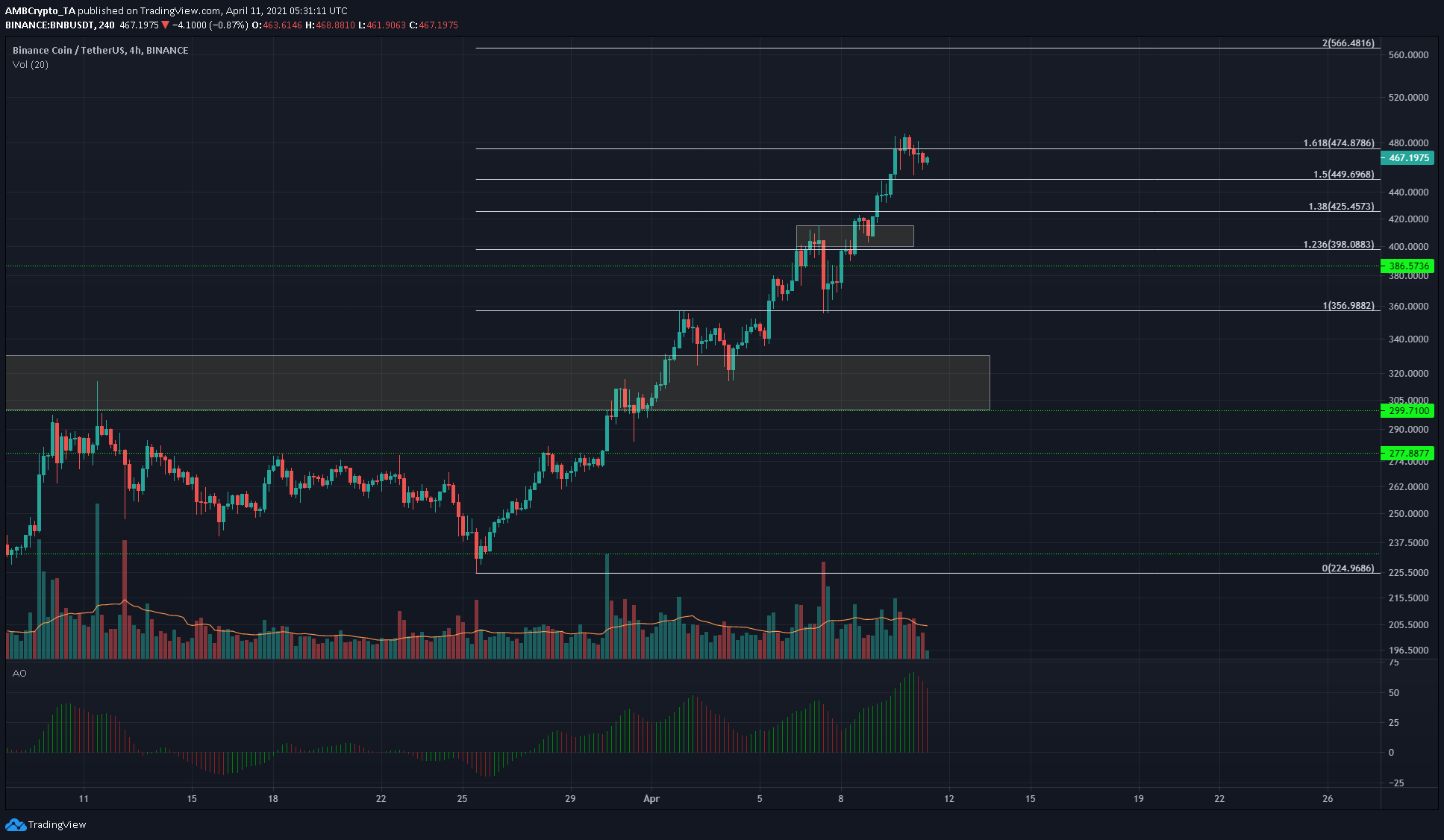 Binance Coin had formed bearish twin peaks when its price was at $420, as the Awesome Oscillator registered a lower peak than the previous one even though the price had moved higher. However, BNB did not see a sell-off then, but found demand at the $415 area and reached a high at $487.

The Fibonacci extension levels gave some price targets for BNB, and the next one at 200% lies at $566. Current market conditions were so bullish that BNB past $550 is not an unlikely event. 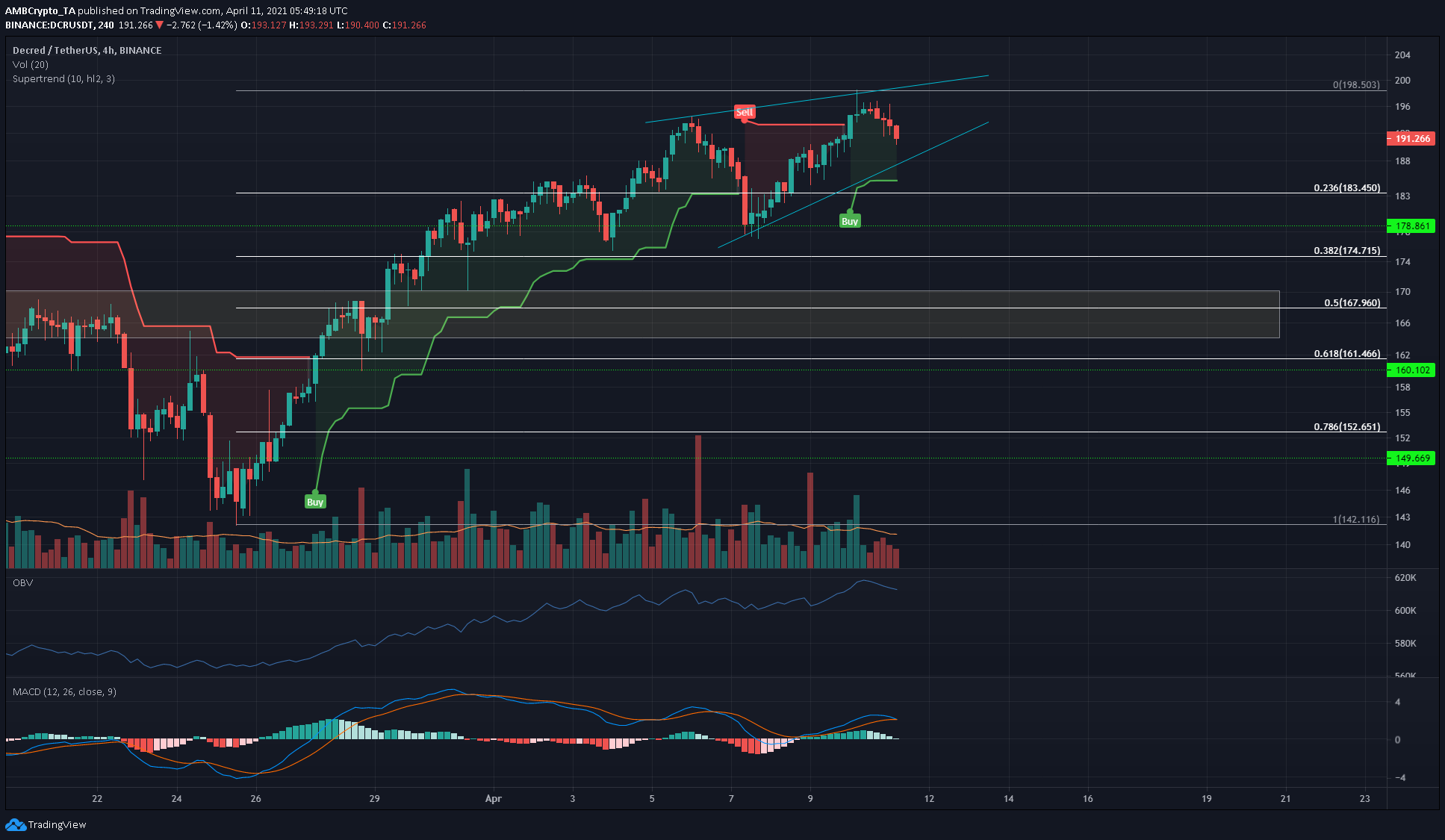 In blue is a possible rising wedge pattern that DCR is forming. It does not yet have enough touches on the pattern, but the next 24-48 hours would show if this wedge pattern is validated.

The rising wedge is a bearish reversal pattern, and if DCR bounces within the pattern before dropping below the lower trendline, it would likely see a drop to the $180 area.

The Supertrend indicator gave a buy signal, but a session close below $185 would flip it to a sell signal. 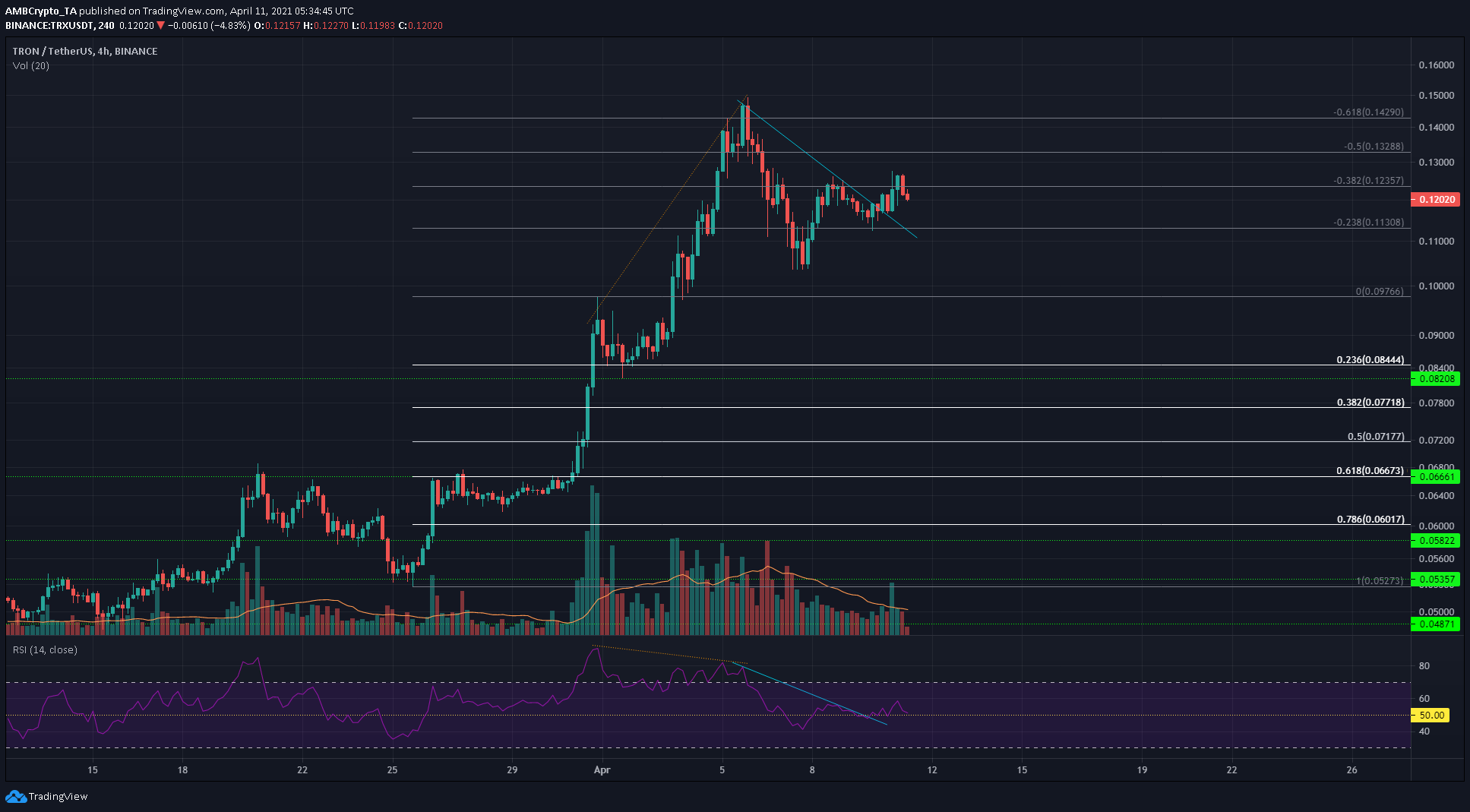 In orange is highlighted the bearish divergence seen between price and momentum, which saw TRX correct sharply from $0.142 to $0.104, before climbing higher once again.

Another set of trendlines on the price and RSI (blue) try to capture the brief pullback of TRX and assess a breakout. The price rose past the descending trendline, and the RSI also climbed above the trendline and was back above neutral 50 as well.

This happened when TRX was at $0.116, and this development suggested that TRX was ready for its next move upwards.