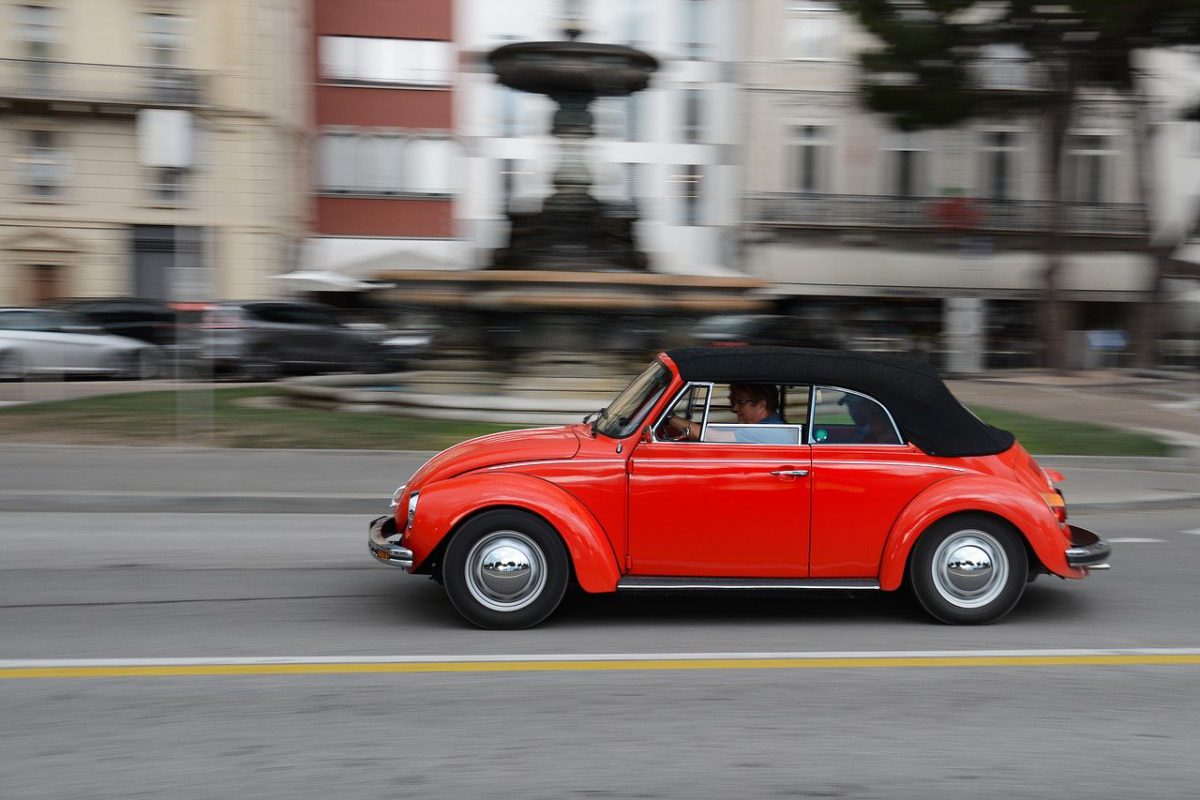 There was fear in the market as selling pressure drove prices to retest levels of support and, in many cases, those levels crumbled under the pressure. Binance Coin revisited the $204 mark once more, and EOS attempted to stay above $4 but in vain. Basic Attention Token steadily dropped in value over the past couple of days. 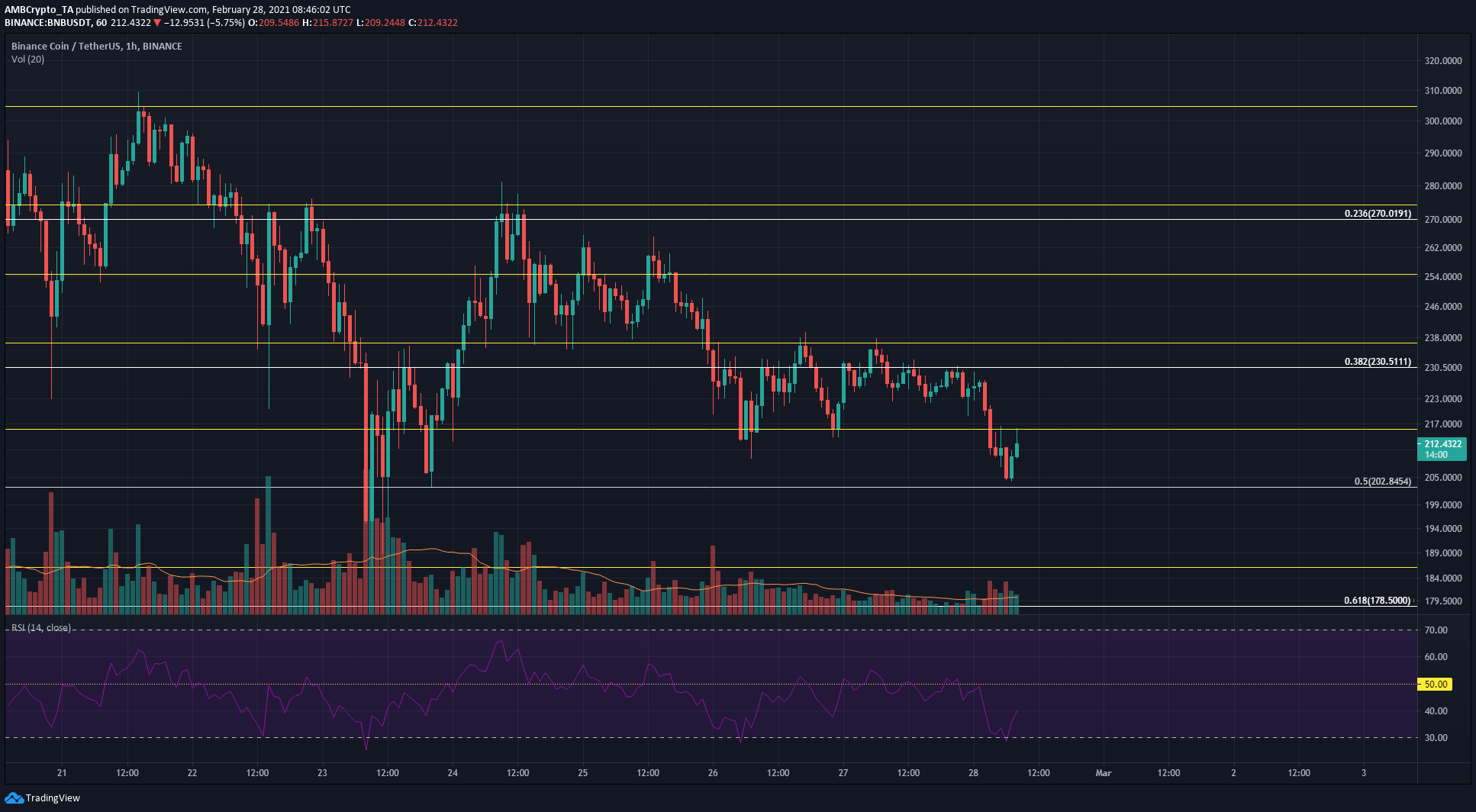 The RSI on the hourly chart for BNB has been below the neutral 50 for the most part. Even the bounce for BNB from $204 to $270 a few days ago saw the RSI revert back to neutral 50 within a span of 24 hours, and eventually, a shift in momentum in favor of the bears took place.

It was not clear whether the bottom is in for BNB. However, a recovery wasn’t initiated- the price would need to climb above $240 before bulls can be considered to have some strength in the market. Dropping below $204 will reinforce bearish pressure. 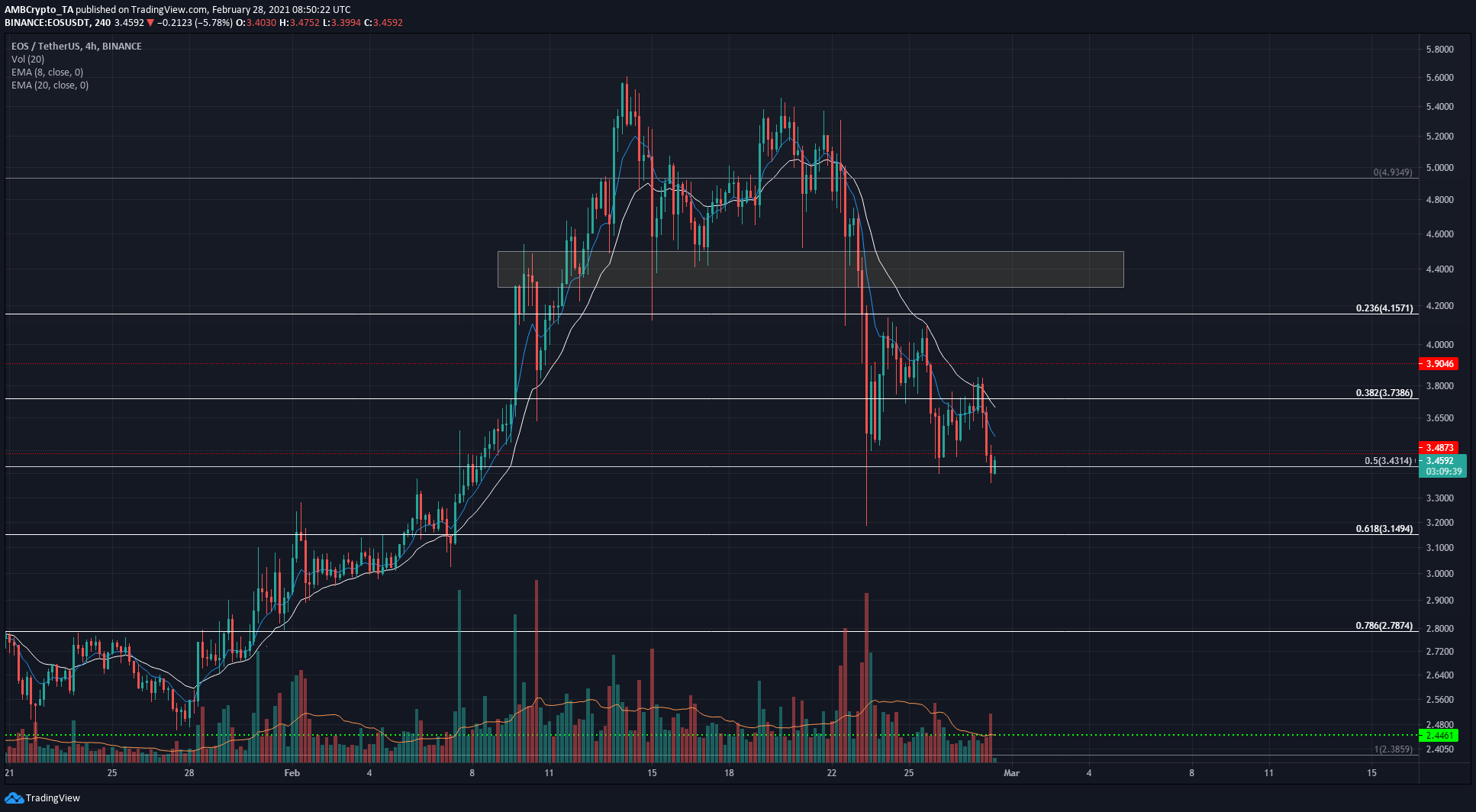 For EOS, the drop over the past few days was quite harsh. It has lost nearly 40% from its local highs at $5.5 and was trading at $3.48 at the time of writing.

The 50% retracement level at $3.43 has some confluence with the $3.48 level that EOS saw some buying activity at. This affected a bounce up to $3.73 but another drop soon followed as the past few hours saw high trading volume.

The 50% and 61.8% retracement levels are usually areas where accumulation occurs before the next leg upward for an asset- hence it is expected that EOS will find good support in the $3.4 and $3.15 areas. 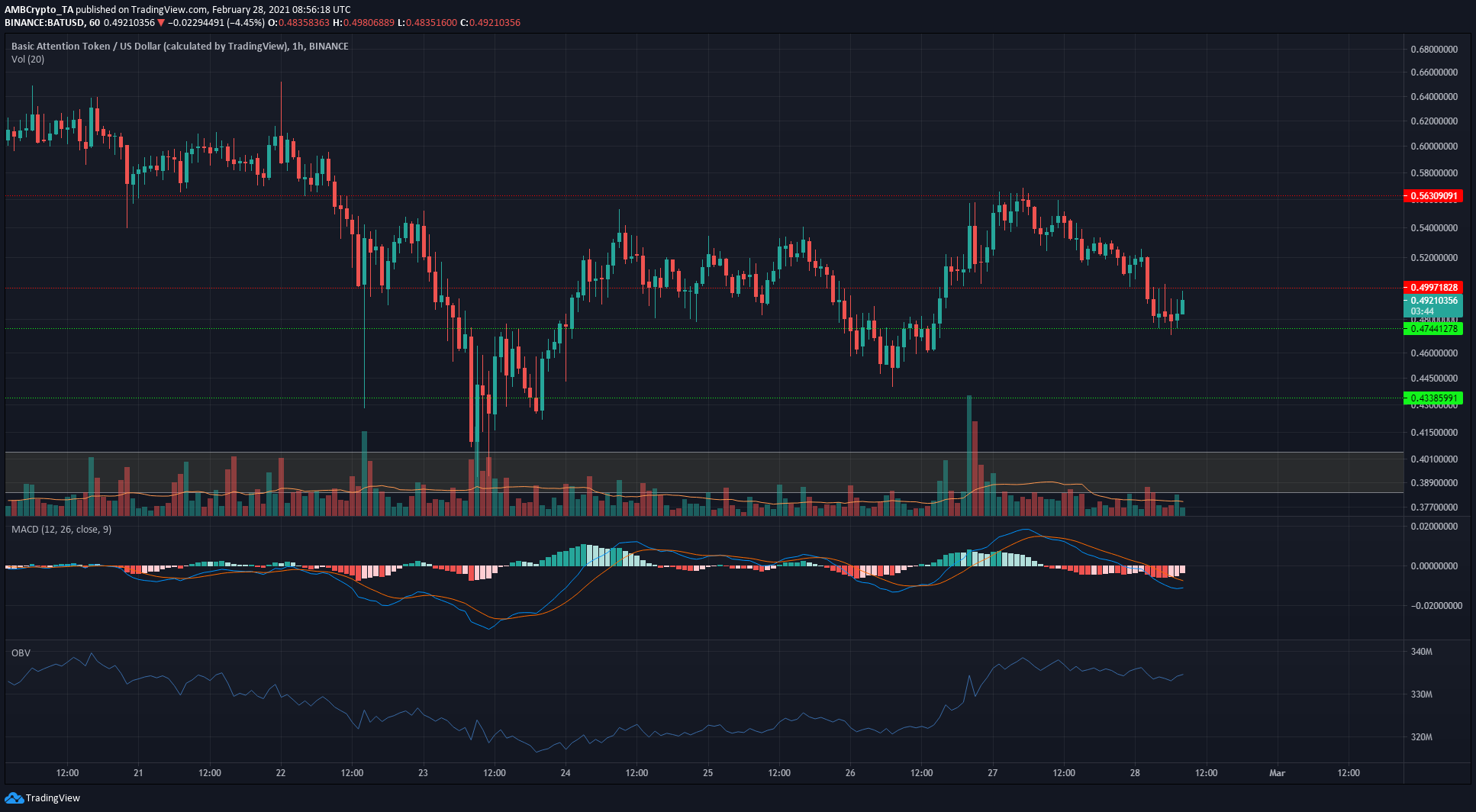 The OBV showed that the rally from $0.445 to $0.56 was on much higher volume than the subsequent selling volume. This hinted that although momentum was with the bears in the short-term, a recovery could occur quickly once sentiment shifts.

The MACD formed a bearish crossover and dived beneath the zero line. BAT did see a bounce off the $0.474 level but a bearish retest of $0.499 followed by the next move downward is the scenario likely to play out.

How did Bitcoin lending become so popular?