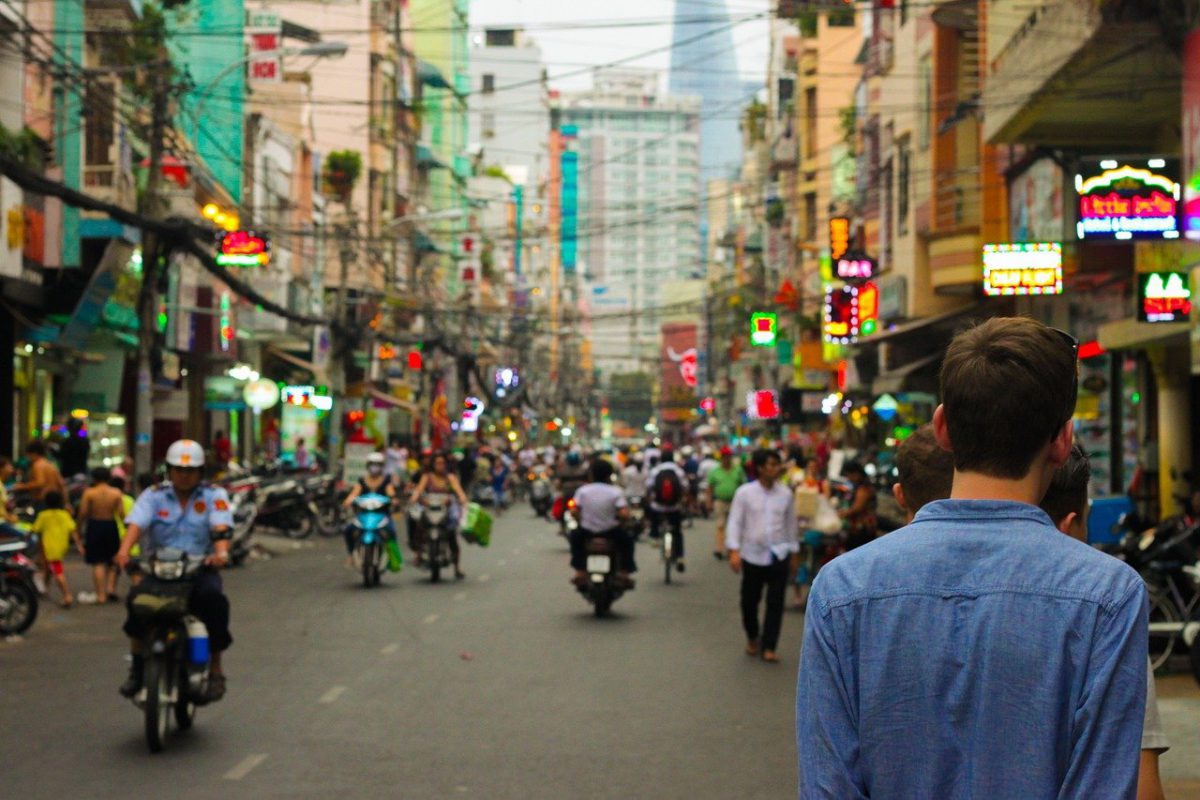 Over the past few trading sessions, many of the market’s major altcoins have registered gains. And yet, for some of them, the gains were only a pullback in their downtrends. Ontology and DigiByte were some examples of coins on a downtrend over the past two weeks. They had a bullish November, but have been unable to hold on to most of the gains made last month.

Finally, Binance Coin appeared to be rejected at the $29-resistance level and could be headed back towards the $26.7-support, a range it has traded within over the past week. 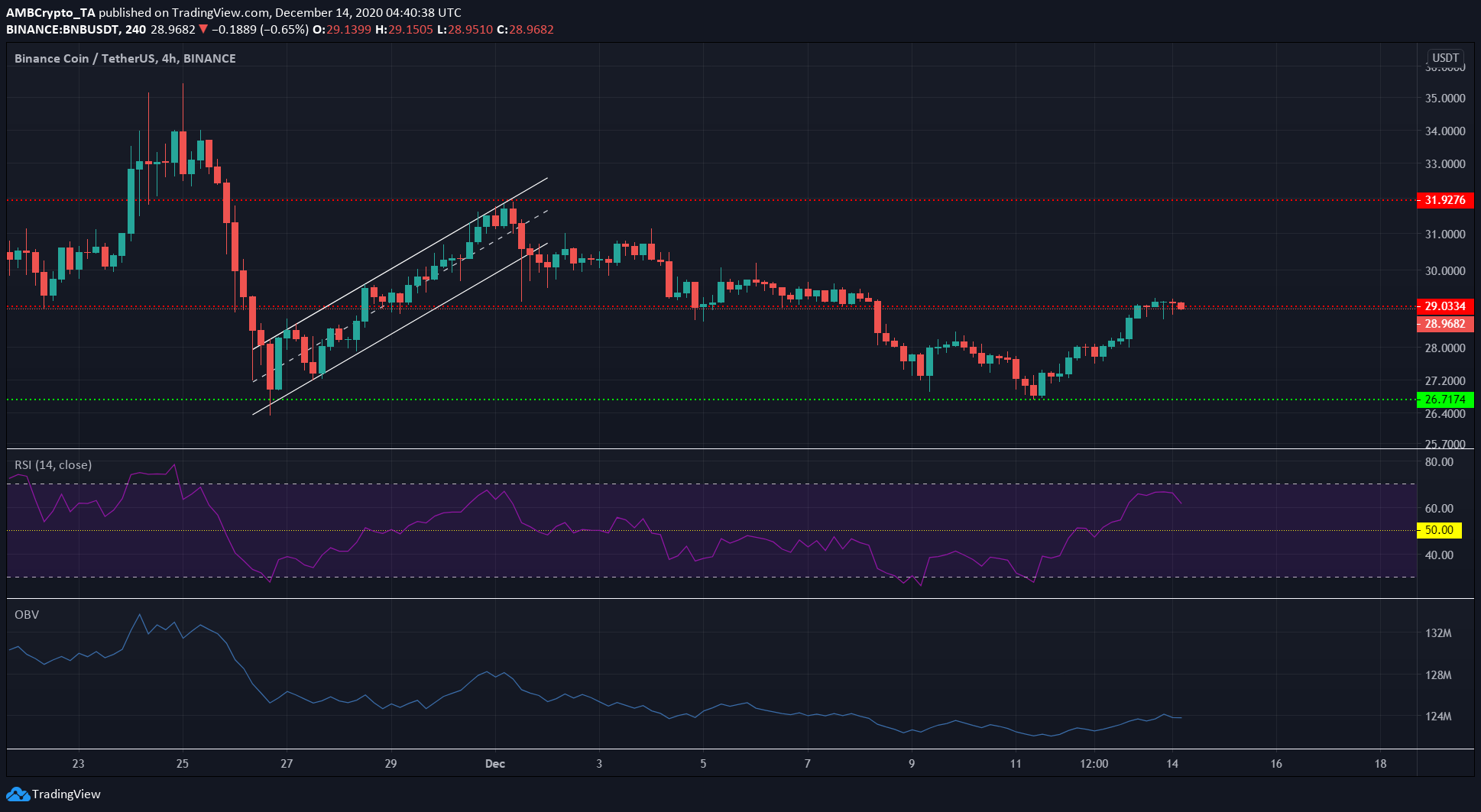 Binance Coin formed an ascending channel and reversed, retracing all its gains back to the $26.7-level. Once more, the bulls pushed the price upwards and at the time of writing, the price was just under the level of resistance at $29.

The RSI had climbed above 60 to highlight strong bullish momentum. However, the OBV did not register a noticeable spike even though the price gained by nearly 10% over the past 72 hours.

The selling volume throughout December has been greater than the buying volume, and this would need to change for BNB to climb back towards the $34-mark it set in November. 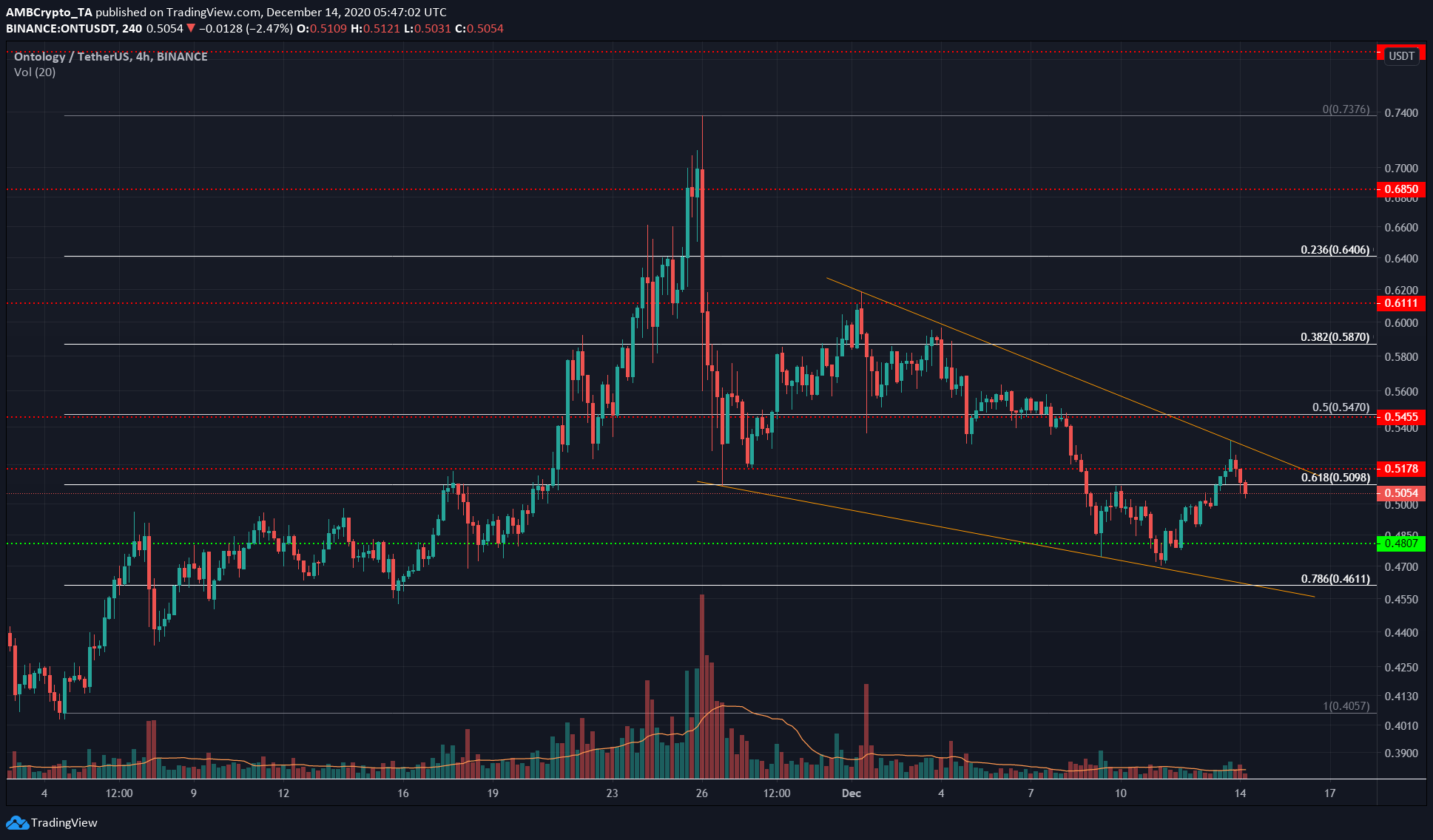 Ontology formed a falling wedge on the 4-hour chart. This was a bullish reversal pattern. The Fibonacci Retracement tool also highlighted some important levels of support for ONT.

The momentum for ONT has been bearish since it registered local highs in late November. The 50% and 61.8% retracement levels at $0.50 and $0.54 were lost to the market’s bears.

It was likely that ONT would descend further in the coming days to find support around the $0.48-$0.46 region. The price could see a bounce off the level, but a close beneath the wedge would invalidate the pattern. A session close above the pattern backed by good trading volume would point to a breakout towards the $0.54-level. 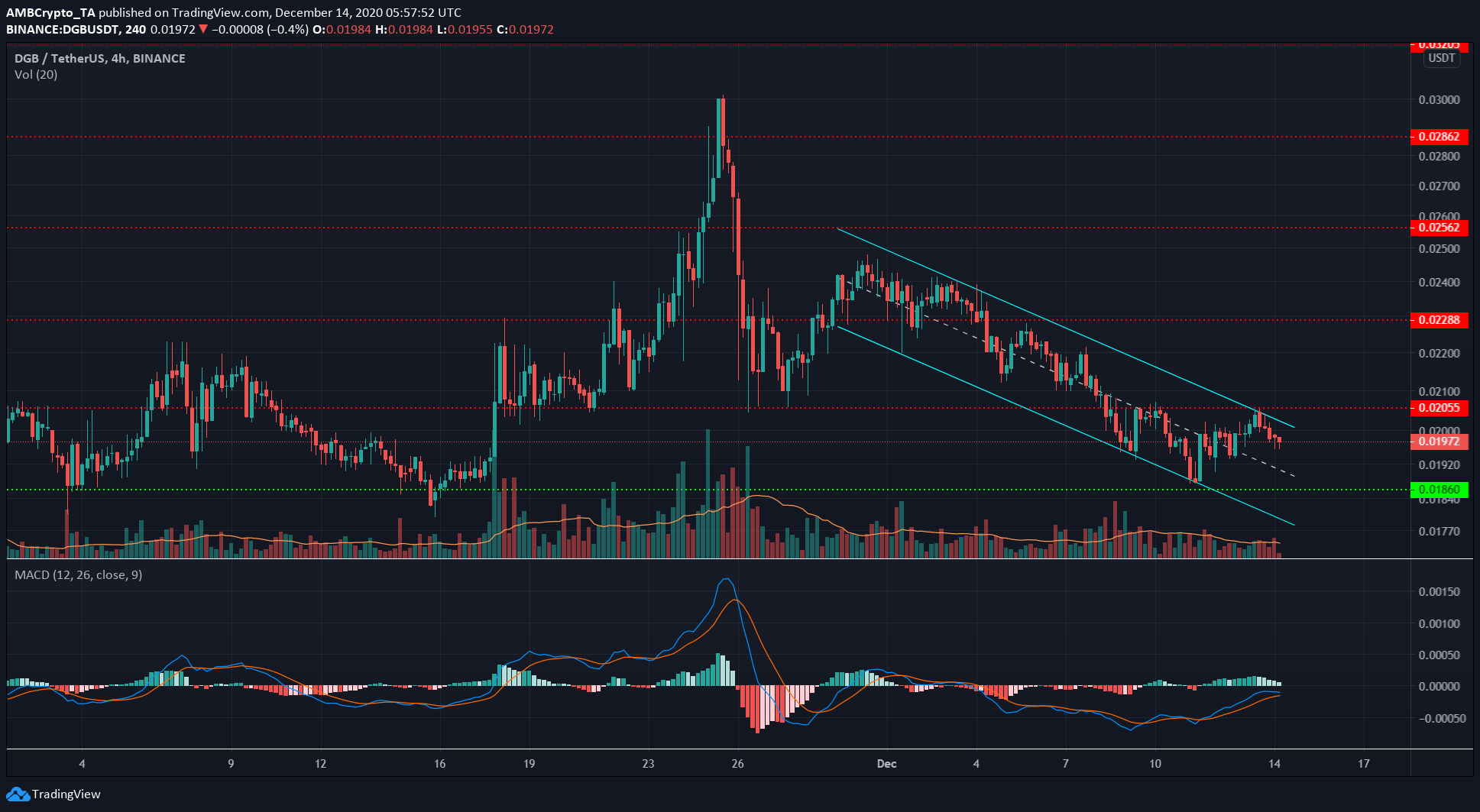 DGB was trading within a descending channel. The MACD formed a bullish crossover under zero to give a weak buy signal, indicative of a bounce in a downtrend.

DGB had a level of support at $0.186, one that bulls would seek to defend. A candle close outside the channel would see a strong move in the same direction.

Why are America’s top institutions making note of Bitcoin?