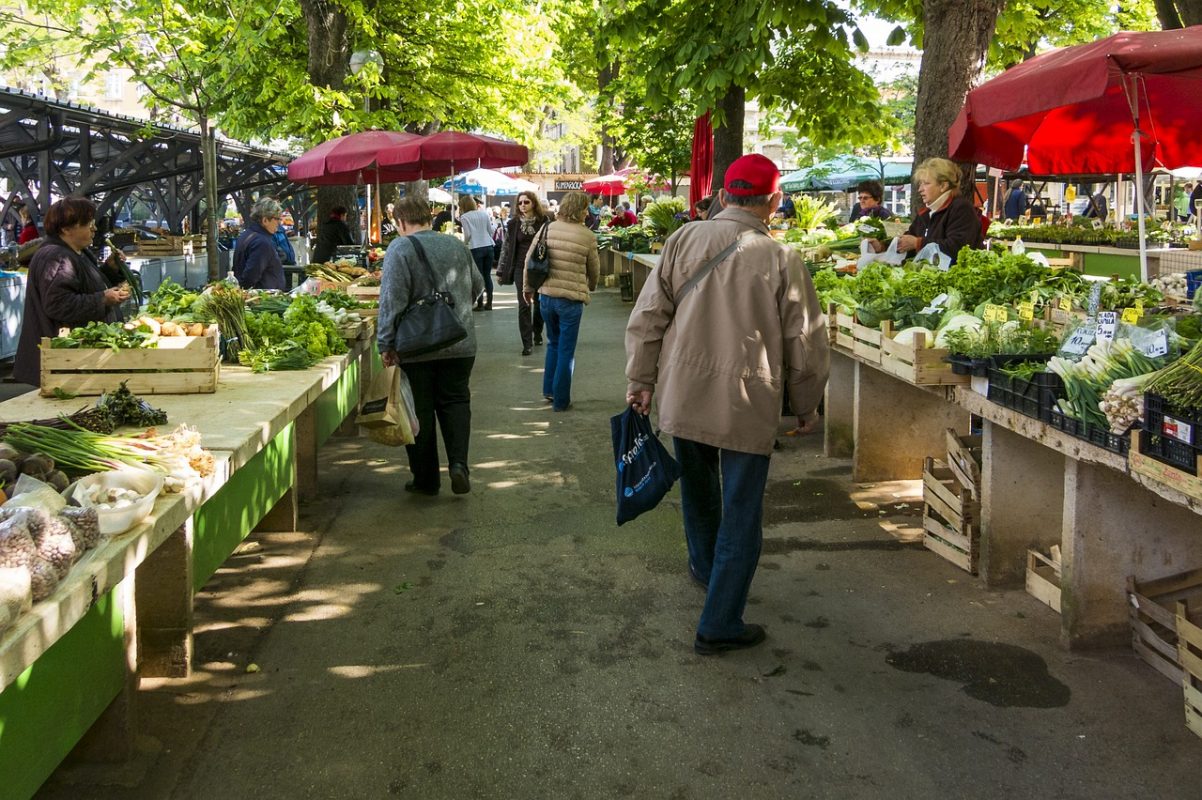 Market participants from traditional and crypto markets had a close eye on the FOMC meeting results. Another 75 bps hike (0.75%) was expected as the Federal Reserve seeks to fight inflation. This could see Bitcoin mirror major stock indices in the short term in the next few days.

Traders might want to wait for the dust to settle on that event before looking to enter any positions. Longer-term investors of Binance Coin would likely be satisfied with its performance in late October. It was likely that further gains could continue for BNB.

Binance Coin is ripe for a pullback to $310 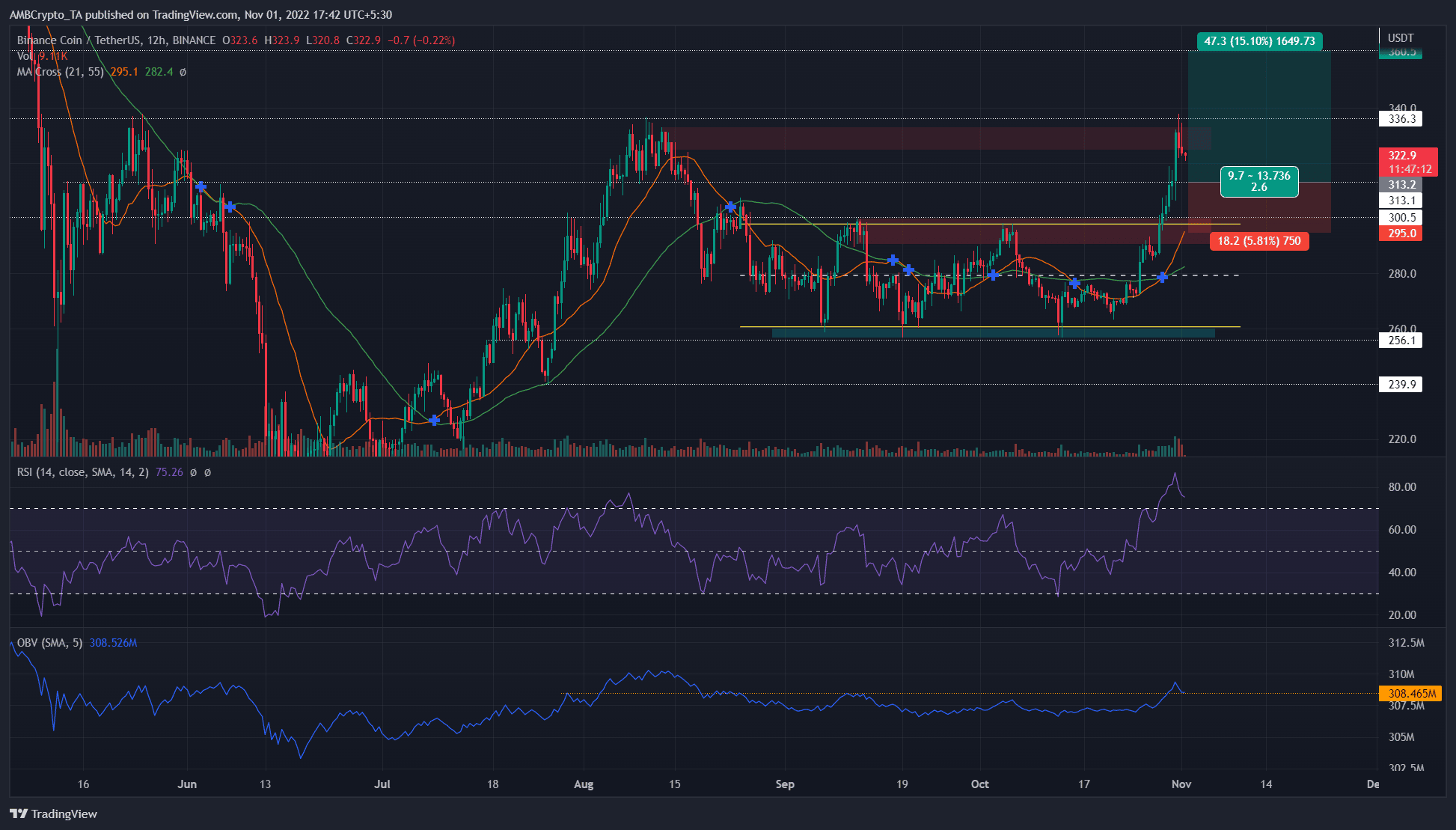 The RSI being in overbought territory alone does not warrant a pullback. However, the price hit a bearish order block on the 12-hour timeframe from August at $330. The large upper candlewicks of the past couple of days suggested that the bulls’ attempts to drive prices higher were thwarted.

Yet, the market structure remained bullish. A pullback to the $310-$300 area can be used to enter a long position targeting $336 and $360. A session close beneath $300 would invalidate this bullish idea.

The 30-day MVRV ratio has been positive since June and suggested that holders were at a profit. In the past two weeks, the MVRV saw a huge spike. This coincided with the price’s ascent on the charts from the $260 area. The large rise in the metric showed the possibility that buyers in recent weeks would be willing to sell.

On the other hand, the 30-day active address metric has been in decline in recent months. However, that need not negatively impact the price action of Binance Coin in the weeks to come.

VeChain: Investors looking for a safe bet have all the reasons to consider VET

Ethereum: Will the tides change for ETH amid this recent accumulation