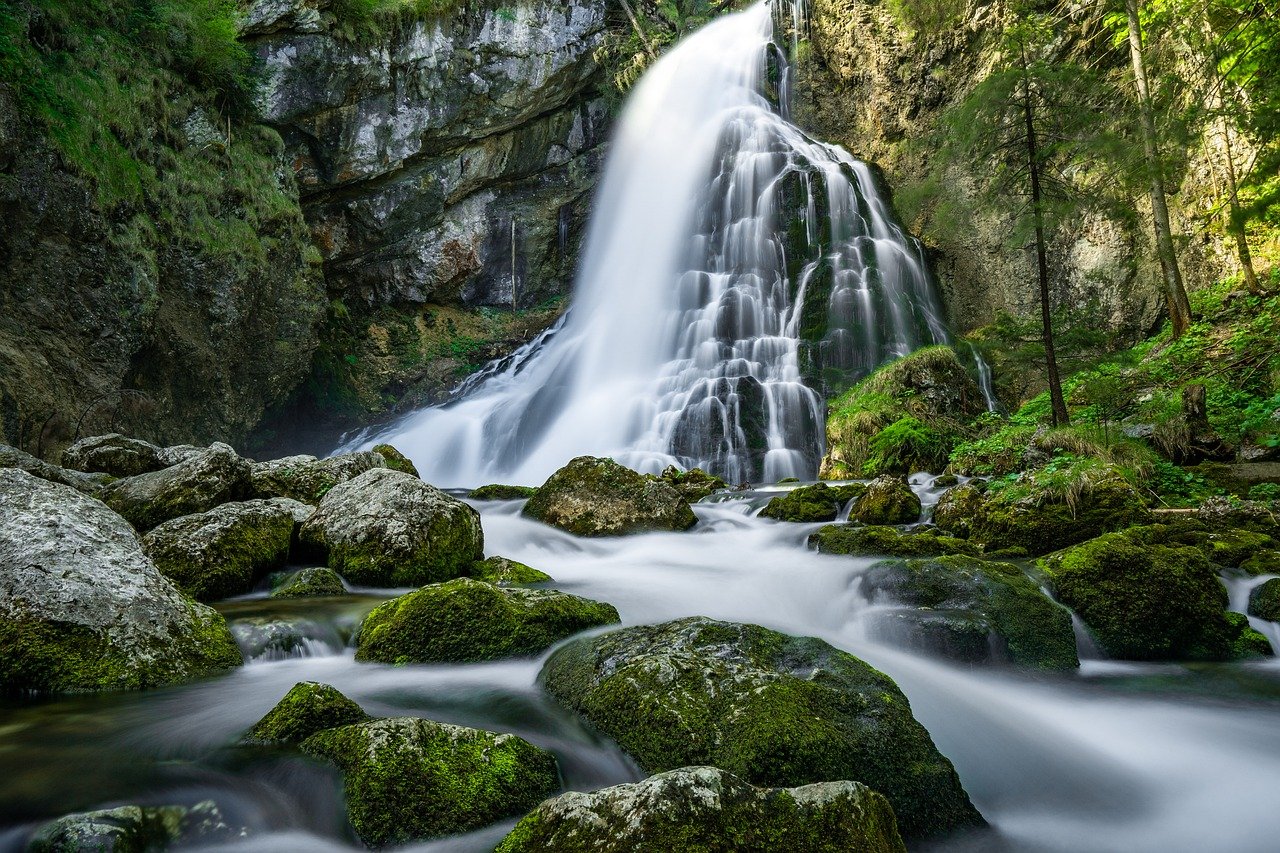 Binance Coin presented a few targets at $778 and $872 after a breakout from cup and handle pattern. XRP traded within a symmetrical triangle and a break was projected to the upside. Lastly, if Dogecoin cushions losses at $0.518, a rise above $0.73 was a possibility in the coming days. 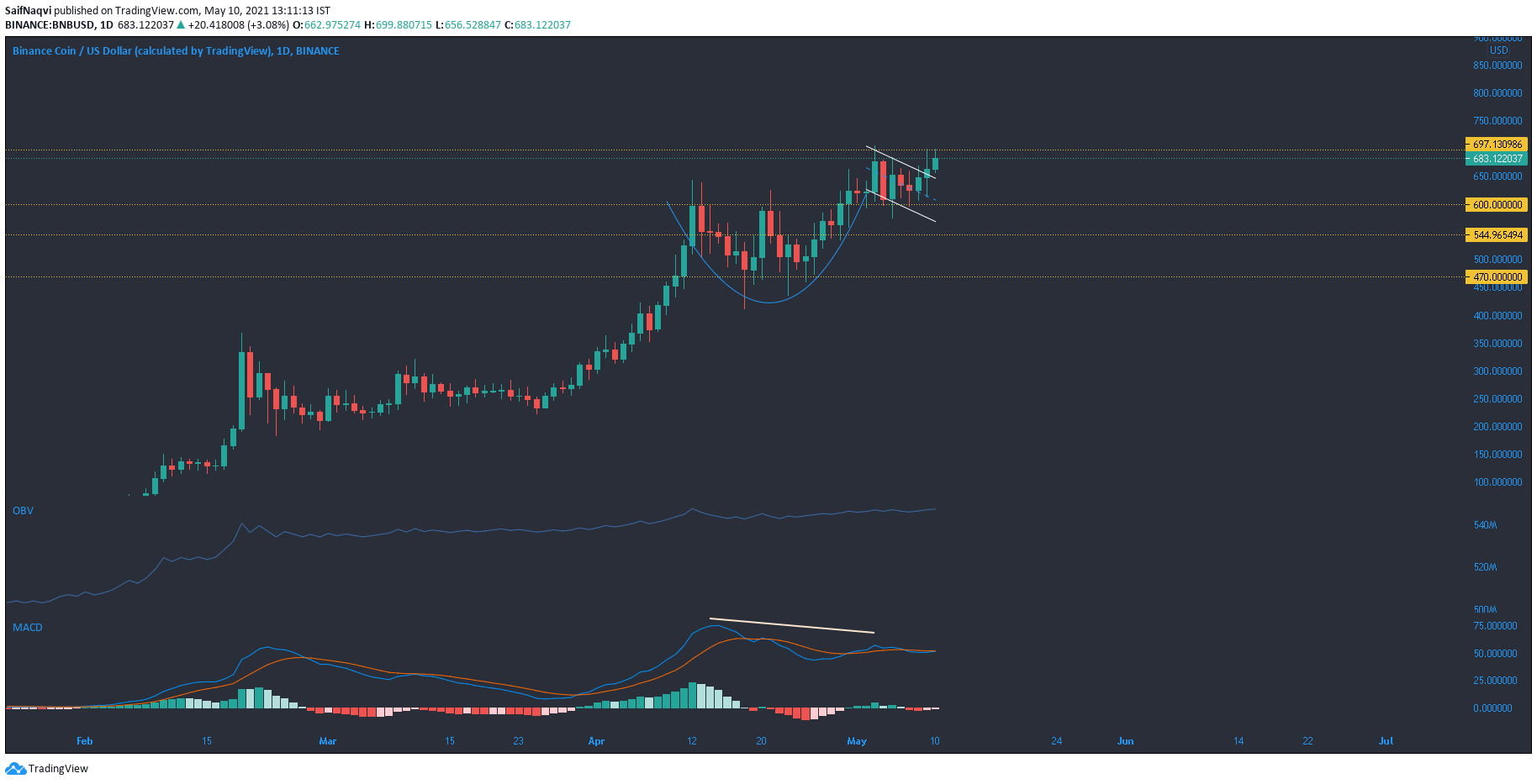 At the time of writing, Binance Coin broke north of its cup and handle formation on healthy volumes. Targets were set at $778 and $872 after a rise above $700. The $700-level can also act as a viable support line in case of a pullback before a push towards the aforementioned targets.

Despite the late-February pullback in the broader market, BNB’s On Balance Volume remained at higher levels. This showed constant buying pressure and underscored BNB’s self-reliant price action when compared to the likes on Ethereum and Bitcoin. Despite MACD’s bearish divergence, the bulls were able to enforce an upwards breakout, but this also suggested that BNB was due for a correction after the latest price action.

XRP’s movement has been erratic since April, but the bulls have defended dips at multiple levels. During pullbacks, strong support regions were discovered at $0.92, $1.31 and $1.52. The daily timeframe showed the formation of a symmetrical triangle and a few outcomes were possible in the coming days.

Squeeze Momentum Indicator showed rising momentum on the bullish side but the light dots indicated low volatility. If the dots switch to white and volumes pick up across exchanges, a price swing can be expected. A break above $1.66 would see XRP head towards its local high close to $2.

On the other hand, if bulls cede $1.31 to the bears, a breakdown can be expected. Lower highs on OBV indicated some selling pressure in the market, but a break above the upper sloping trendline would negate this trend. In a bearish downturn, XRP can drop as low as $0.92, but this was unlikely.

Dogecoin maintained its losses above $0.518, but a single candlewick did drop all the way below $0.44-support. At the time of writing, volumes across exchanges started to pick up and if press-time support is maintained, a break above $0.73 could initiate in a few days. Previously, DOGE’s technicals were to be taken with a pinch of salt, but that was not the case anymore. The daily timeframe showed that a few areas have held up during correctional phases – a couple being $0.226 and $0.574.

RSI formed a bearish divergence after making two higher peaks as opposed to DOGE’s candlesticks. This was indicative of a pullback in the market. It would be interesting to see RSI maintain above 50. This could lead to another price swing sooner rather than later. Meanwhile, DOGE was still comfortably above its EMA Ribbons and the threat of a stronger sell-off was not imminent.