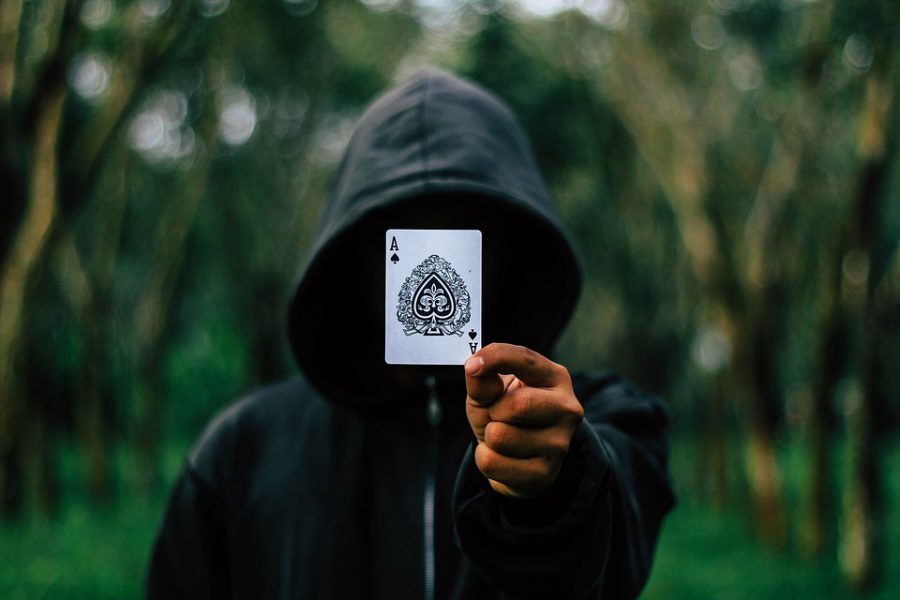 Bitcoin has been going through tough times after its market price was recorded to be around $8,720, at press time. However, the largest cryptocurrency’s liquidity has not taken a hit on BitMEX exchange with its order book depth, according to Skew markets. The derivatives market analyst released metrics reporting the liquidity of Bitcoin on BitMEX, Binance, FTX, and other exchanges.

It tracked the live bid/offer spreads of $1 million, $5 million, and $10 million for Bitcoin’s main perpetual swaps. The Bid/Ask Spread refers to the difference between the immediate order price and the immediate sale price of an asset. The liquidity of an asset plays an important role in determining its bid/ask spread. The higher the liquidity, the lesser the spread. 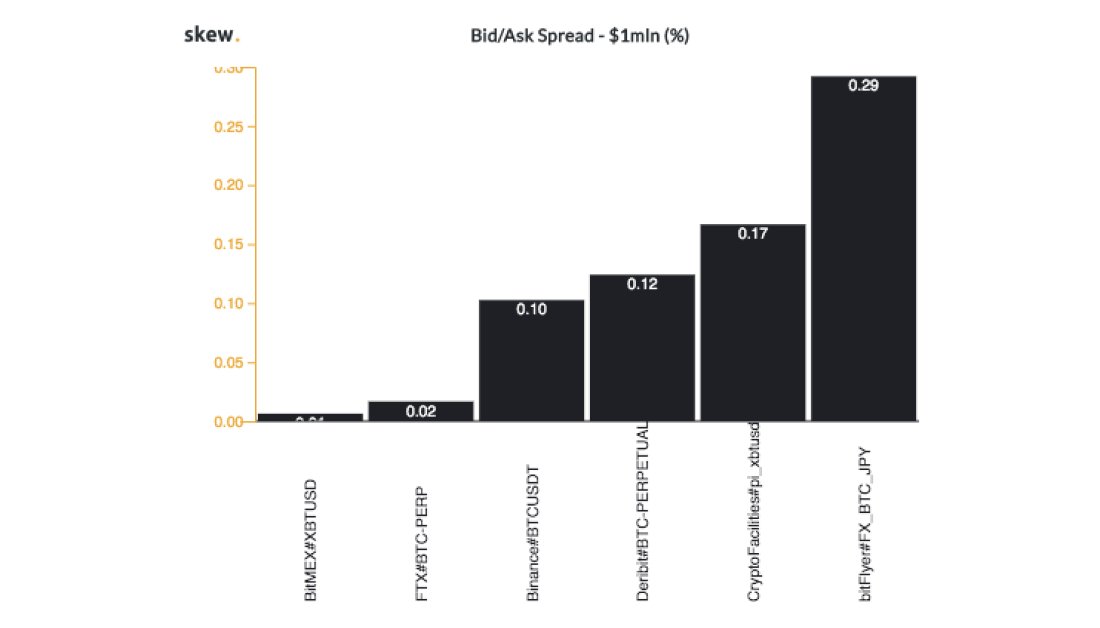 The Bid/Ask spread of Bitcoin for $1 million quote size on BitMEX was noted to be 0.01%, which meant that the demand and supply of Bitcoin have been met on the exchange, translating to a highly liquid market. On the other hand, FTX exchange noted the spread to be 0.02% and 0.10% on Binance, higher than that of BitMEX, making it less liquid. 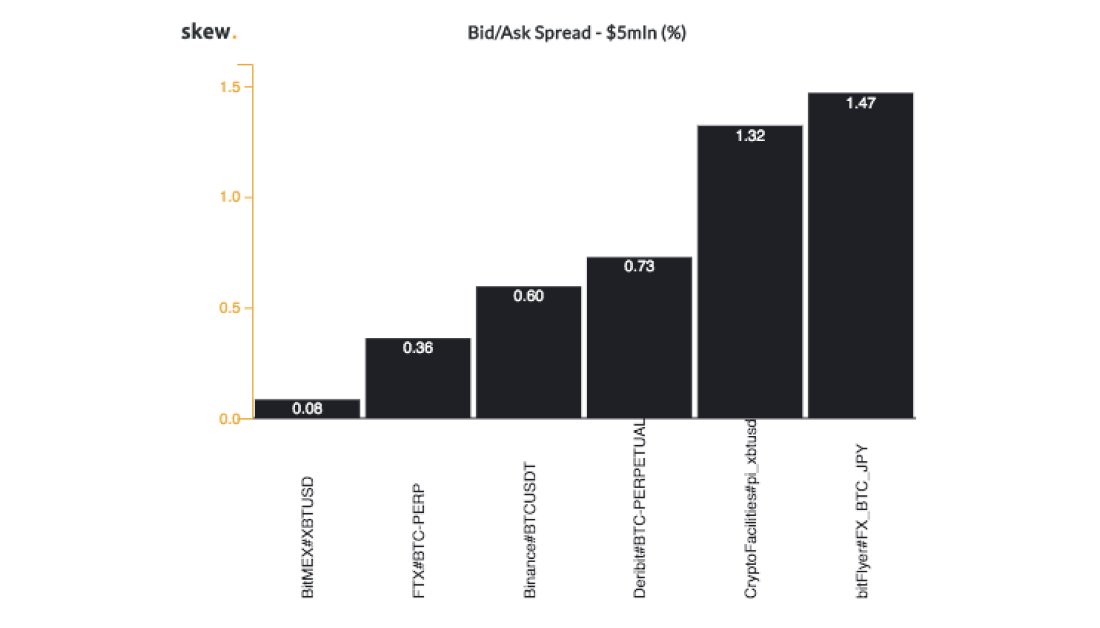 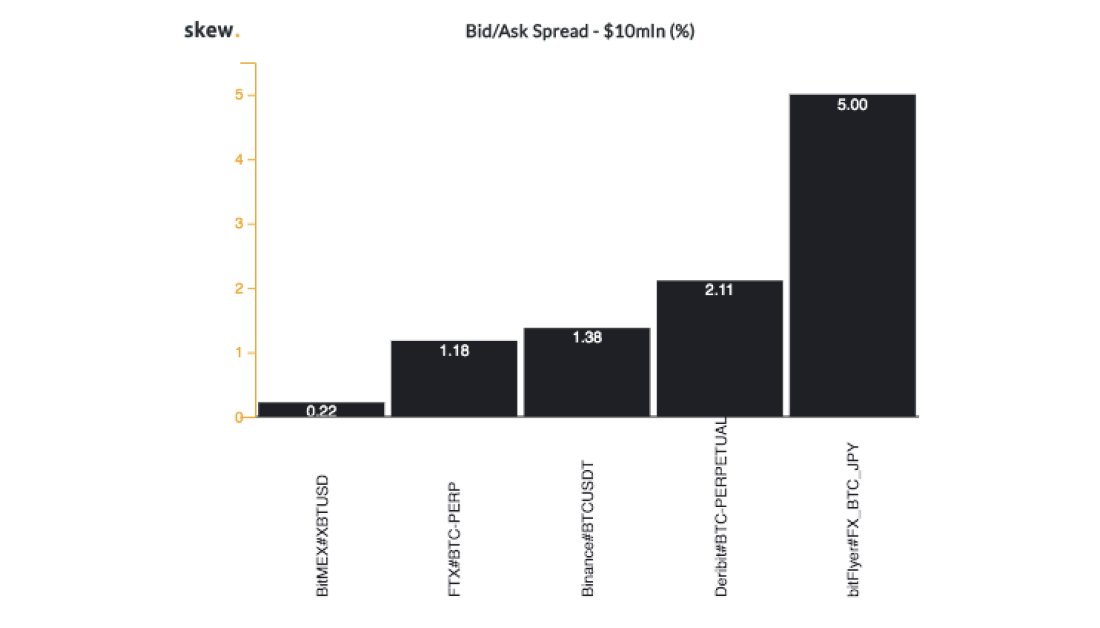 Meanwhile, the quote size of $10 million reflected a staggering difference between BitMEX and other exchanges. As BitMEX reported a 0.22% spread, FTX and Binance reported a spread of over 1%. On the other hand, exchanges like bitFlyer and Deribit reflected an illiquid market with a spread of 2.11% and 5%, respectively.