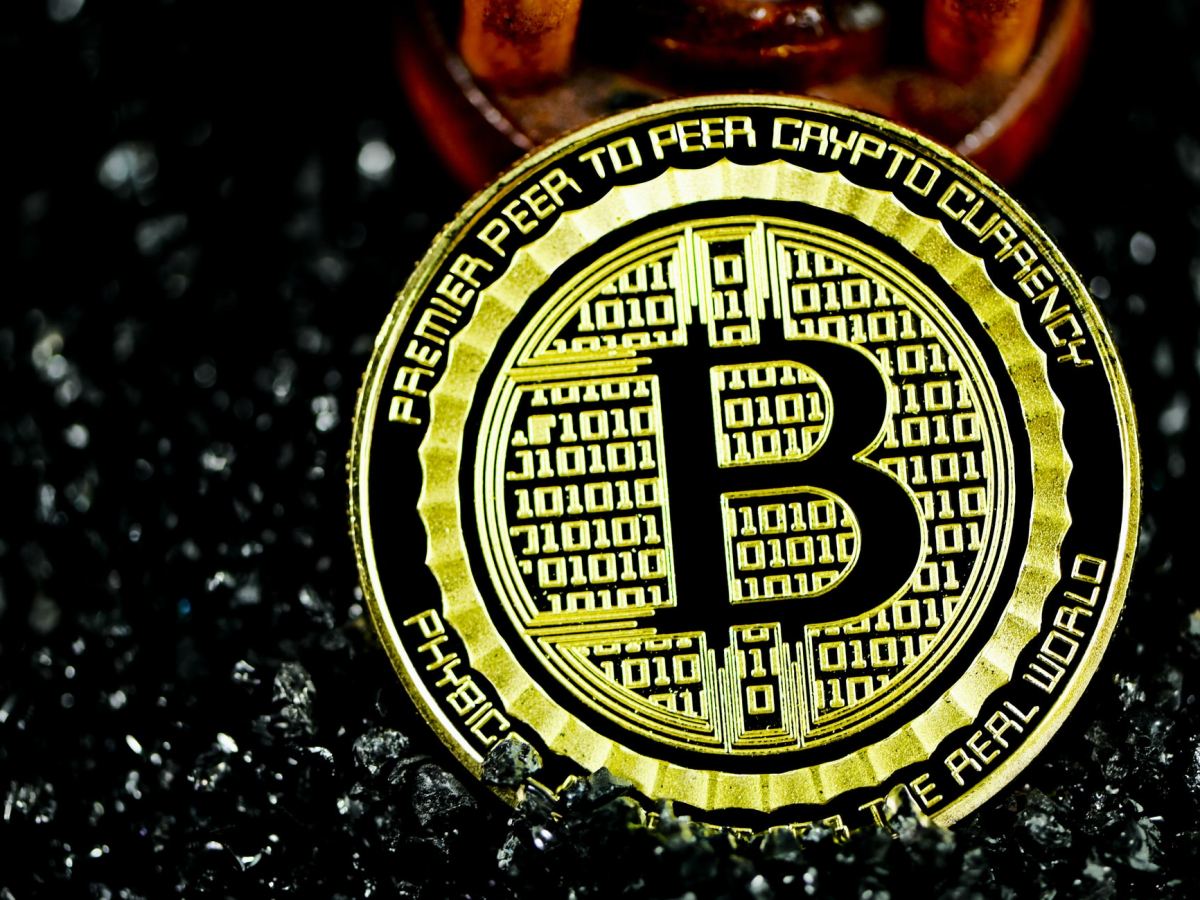 Bitcoin and the stock market have a history of contradicting each other’s movements. Interestingly, Bitcoin’s price action or investor’s behavior is usually linked back to the spot market. How so? Well, primarily because people still assume that the two are correlated.

But, what is the truth?

Now, it is partly true that they are correlated. However, on a macro scale, they really aren’t. BTC’s correlation to the spot market has been ranging within the 0.3 to 0.5 zone, at times, dipping to even 0.

Well, it may not sound like a big deal, but when compared to Gold and the 10-year treasury yield, it is significantly higher. 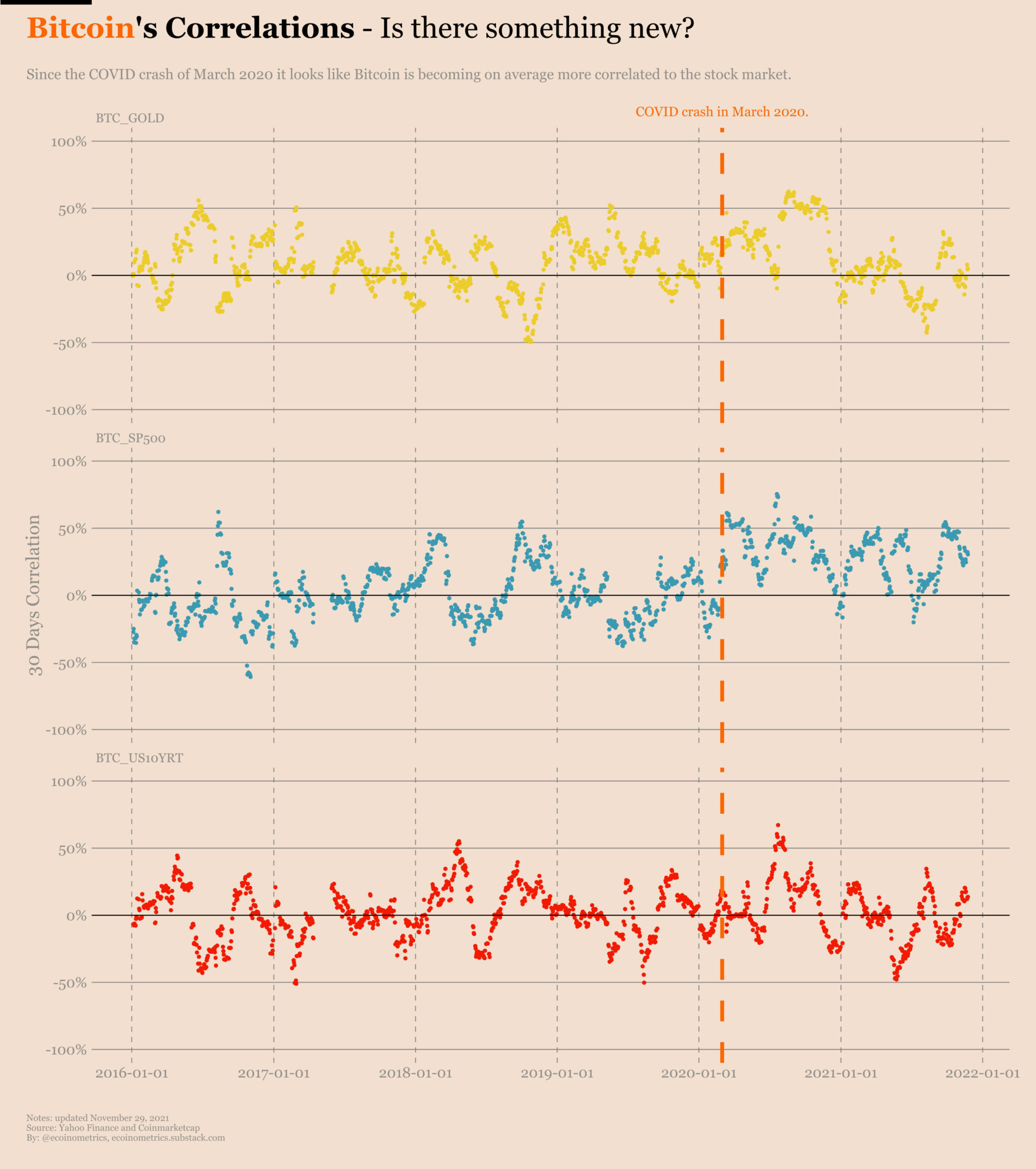 On the contrary, it is still considerably lower since there are other higher correlated assets within the stock market. For instance, Microstrategy (MSTR) is correlated to Bitcoin with a figure of 0.63.

In fact, despite being an older stock on the market, MSTR has lost its correlation to the S&P 500 index by 23% since its Bitcoin treasury program began. 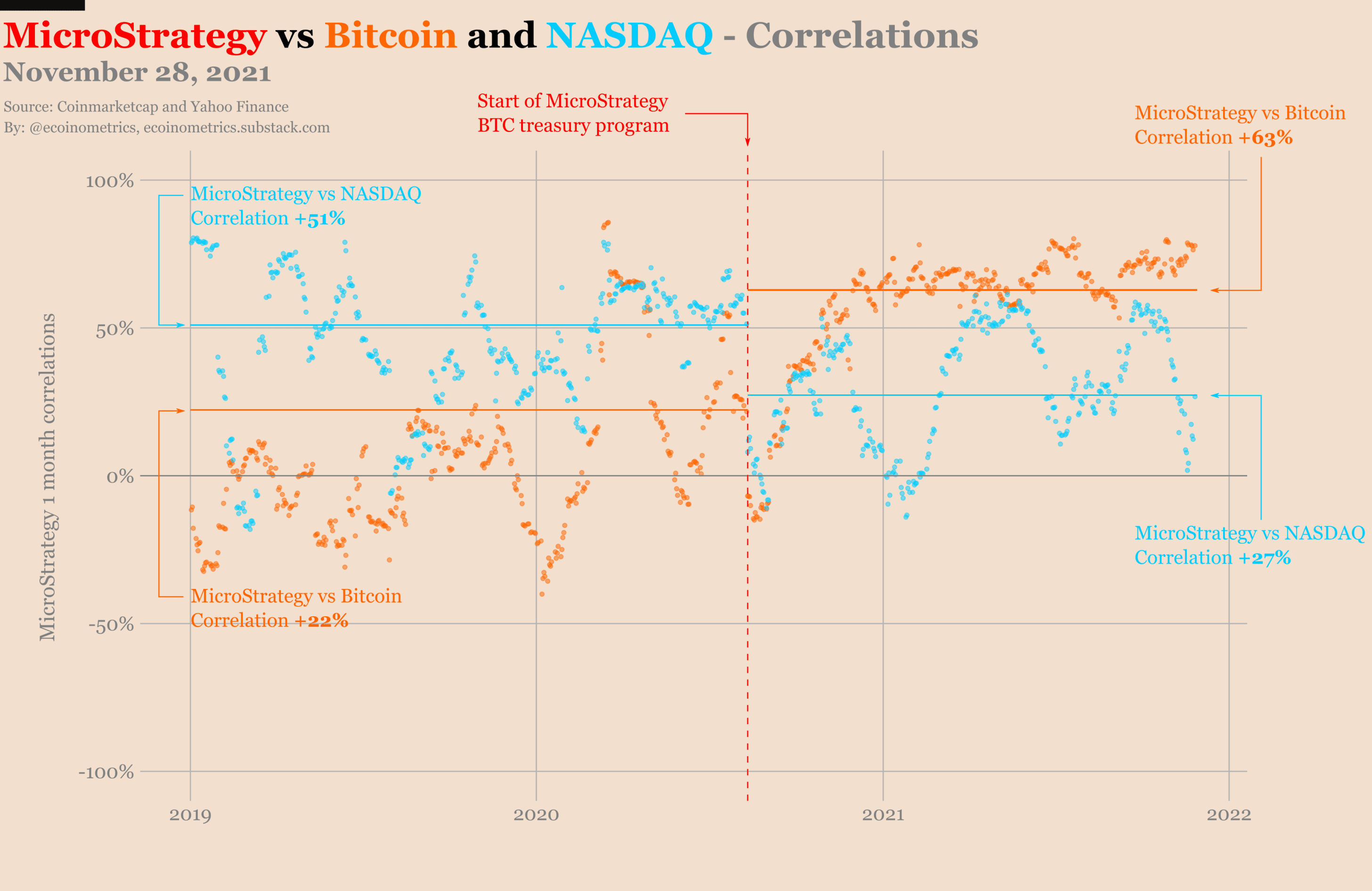 Well, this certainly is proof that regardless of its origins, the stock market will avert Bitcoin in any form.

How is the correlation so high?

This sudden spurt observed in the correlation between stocks and Bitcoin came only after the Covid crashes. Previously, the levels remained close to 0. However, they have been ranging higher only for stock. Even Gold and the 10-year Treasury yield are in the lower 0.1 to 0.3 range.

This shows that the correlation is mainly dependent on the volatility of the BTC market. Curiously, when Bitcoin’s volatility is low, correlation rises and vice versa.

At the time of writing, the correlation between the stock market and BTC was 0.4. Furthermore, Bitcoin was down by 2.3% whereas the S&P 500 index was up by 1.32%, recovering from its 2.2% drop yesterday. 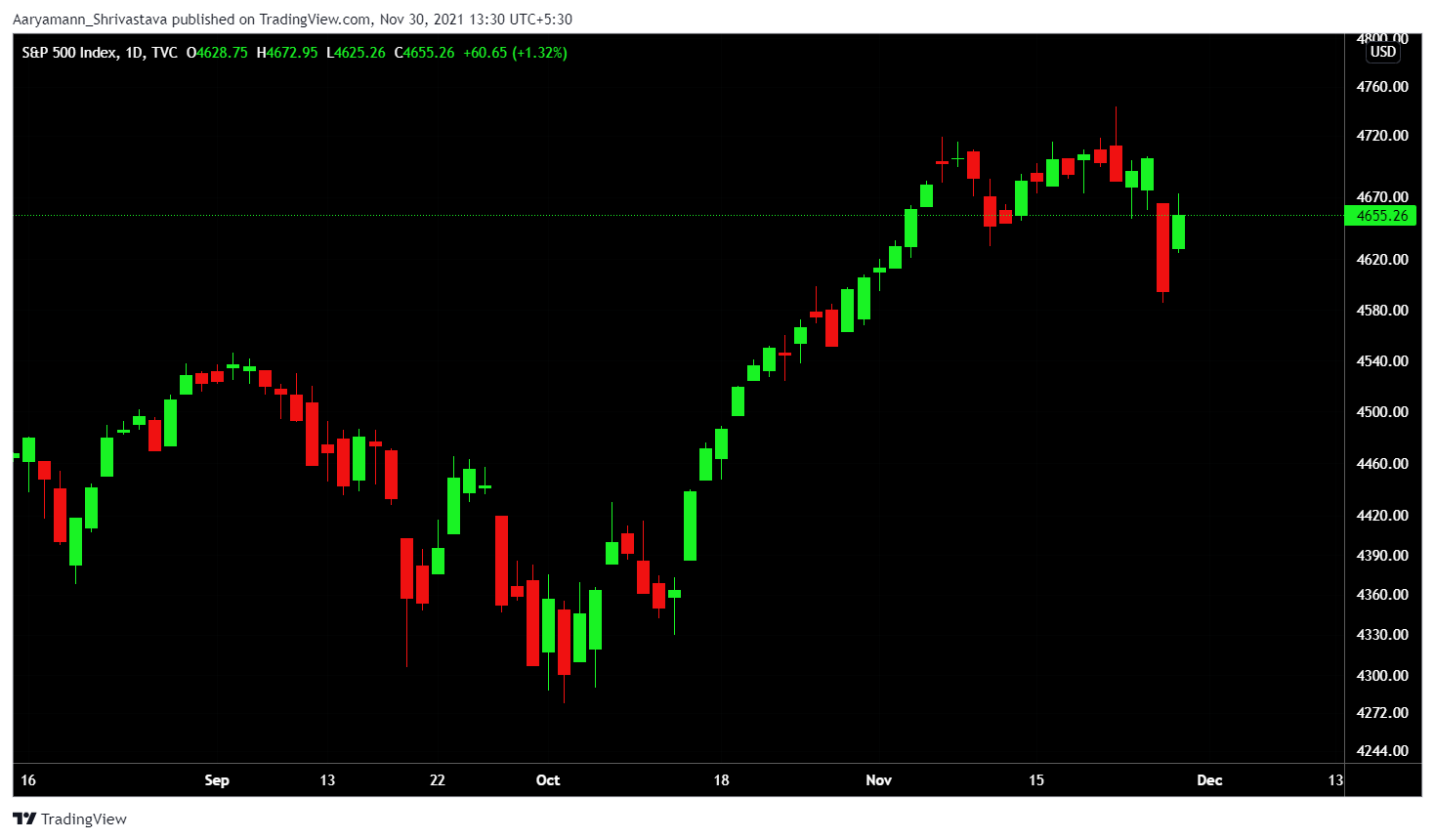 Thus, if Bitcoin becomes more subdued, it is likely we’ll see a growing overlap between investors holding traditional tech stocks and the ones holding BTC. And, that might increase the correlation score between those asset classes.