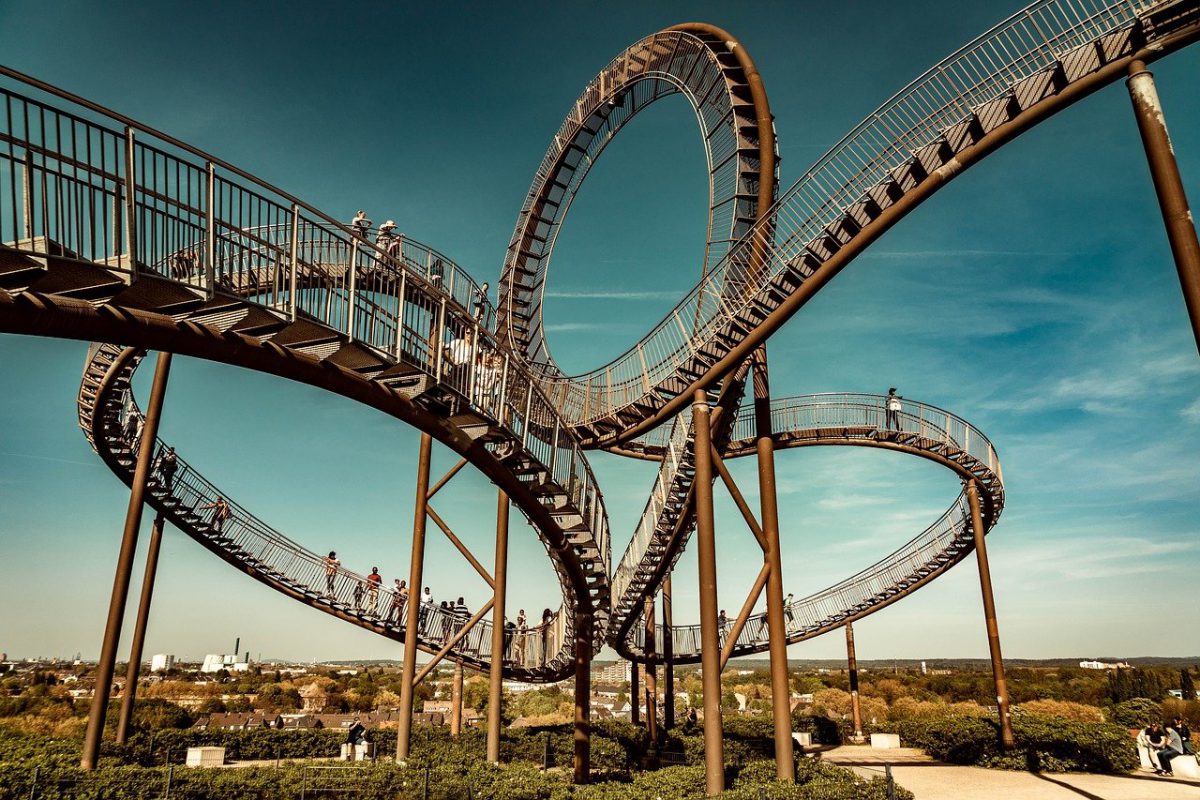 Bitcoin Cash and Crypto.com Coin could be set to trade within a range over the next few days as they lacked any momentum in the short-term. However, while Bitcoin Cash noted a balance between the market’s buyers and sellers with respect to the volume bought or sold, NEM saw a breakout to the upside and was trading just under its level of resistance, at press time. 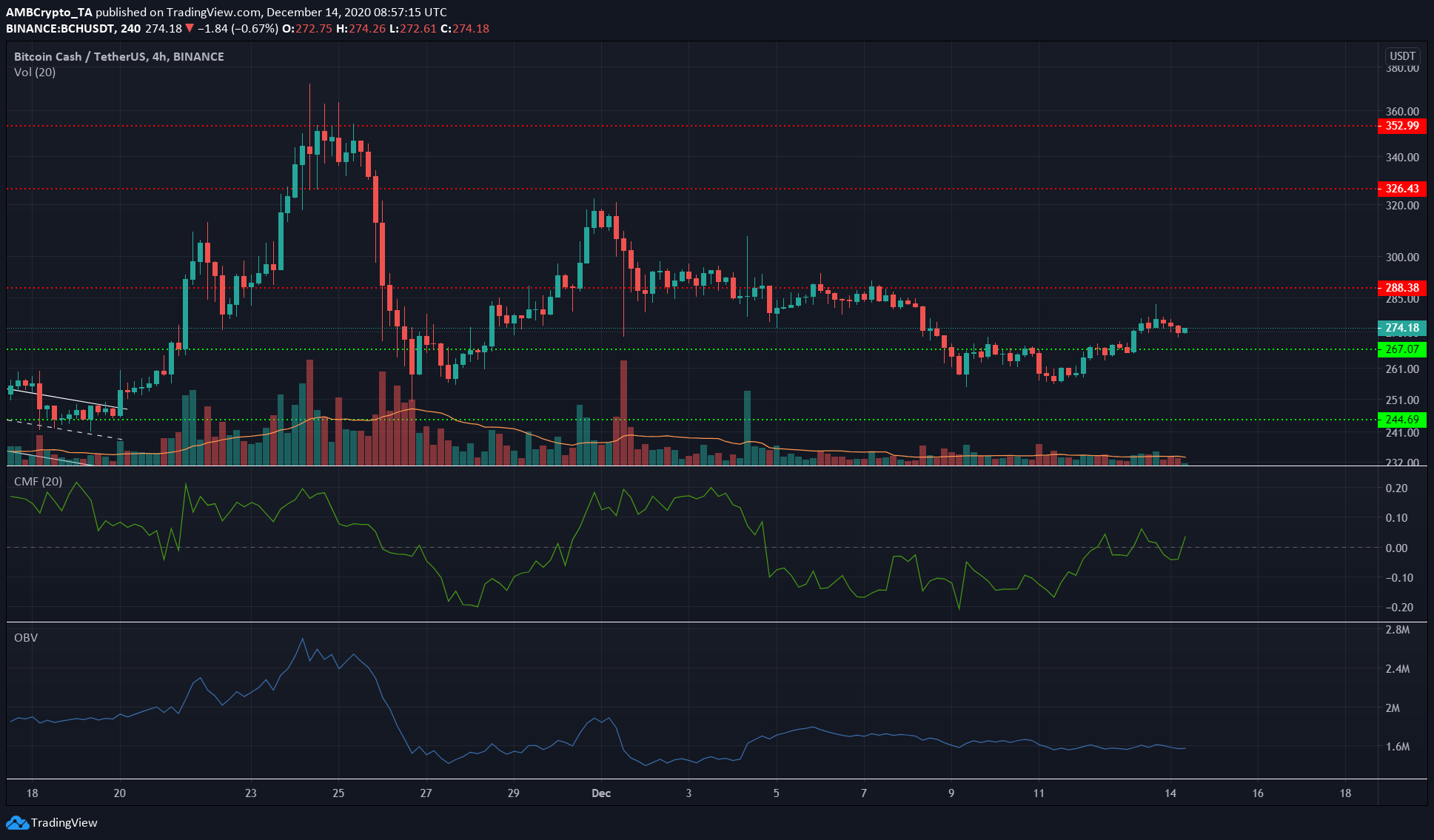 Bitcoin Cash sank below its level of support at $267 to dip as low as $257, before it climbed back above the support over the past few days. In fact, no particular trend was evident when the charts for the past few weeks were looked at.

The price was hugging the $288 and $267 levels of resistance and support, respectively, for the most part. The OBV was flat for the same time period, while the Chaikin Money Flow also showed no net capital flows into or out of the market.

This suggested that Bitcoin Cash was likely to remain within the $255 to $290 range over the next week or more, and would be heavily influenced by the movement of Bitcoin as well. 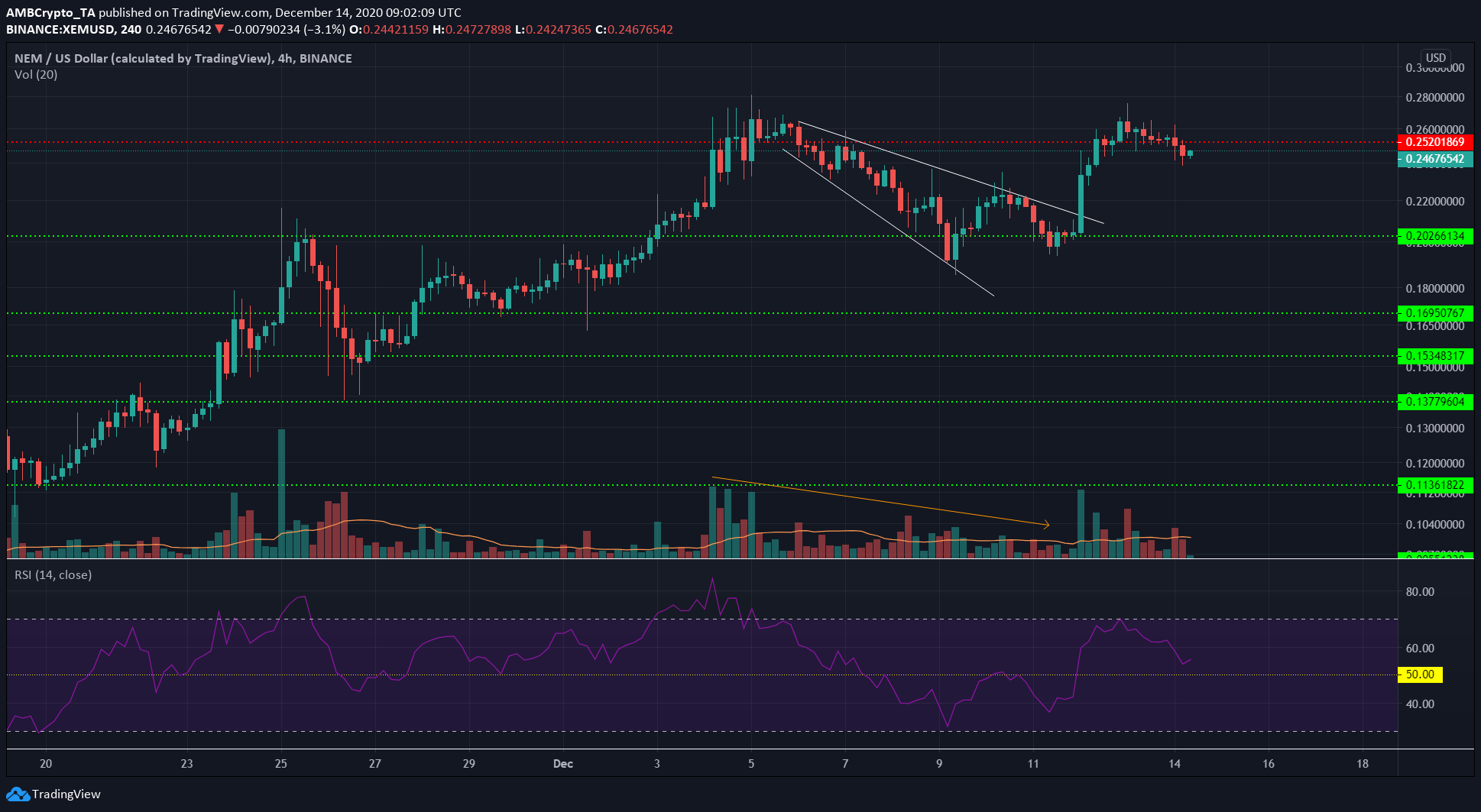 XEM formed a descending broadening wedge on the charts. Around the $0.2-level of support, the bulls entered and a breakout to the upside backed by significant trading volume was witnessed.

The price found some selling pressure around the $0.26-region and at the time of writing, was trading under a level of resistance at $0.252.

The longer-term price trend for XEM has been upward, and it has made strong gains since mid-November when it was valued at $0.1.

This can be expected to continue in the coming days as the RSI remained above 50 to indicate an uptrend in progress. 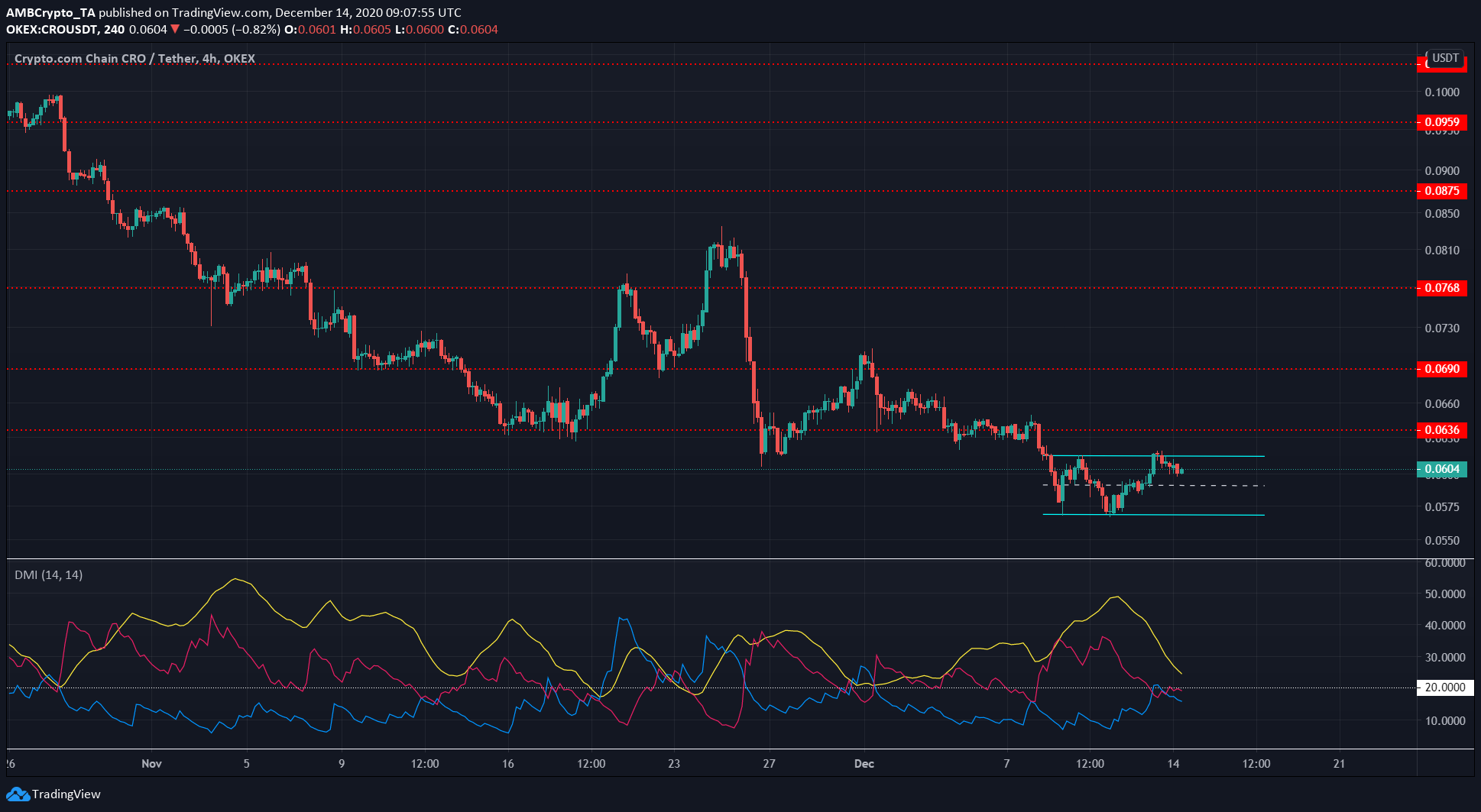 The past two months saw CRO register a strong downtrend. However, in the past couple of days, the price appeared to trade within a rectangle bottom pattern.

This is a pattern that generally sees a breakout to the upside. The upper and lower boundaries of this pattern also offer opportunities to enter scalp short or long positions, respectively.

The Directional Movement Index, which had shown a strong downtrend in play for CRO, indicated that the strength of the trend was weakening. The ADX (yellow) dipped back towards 20 while neither the +DMI nor -DMI were dominant, suggesting a sideways trading market.

What are the latest DeFi integrations focusing on?