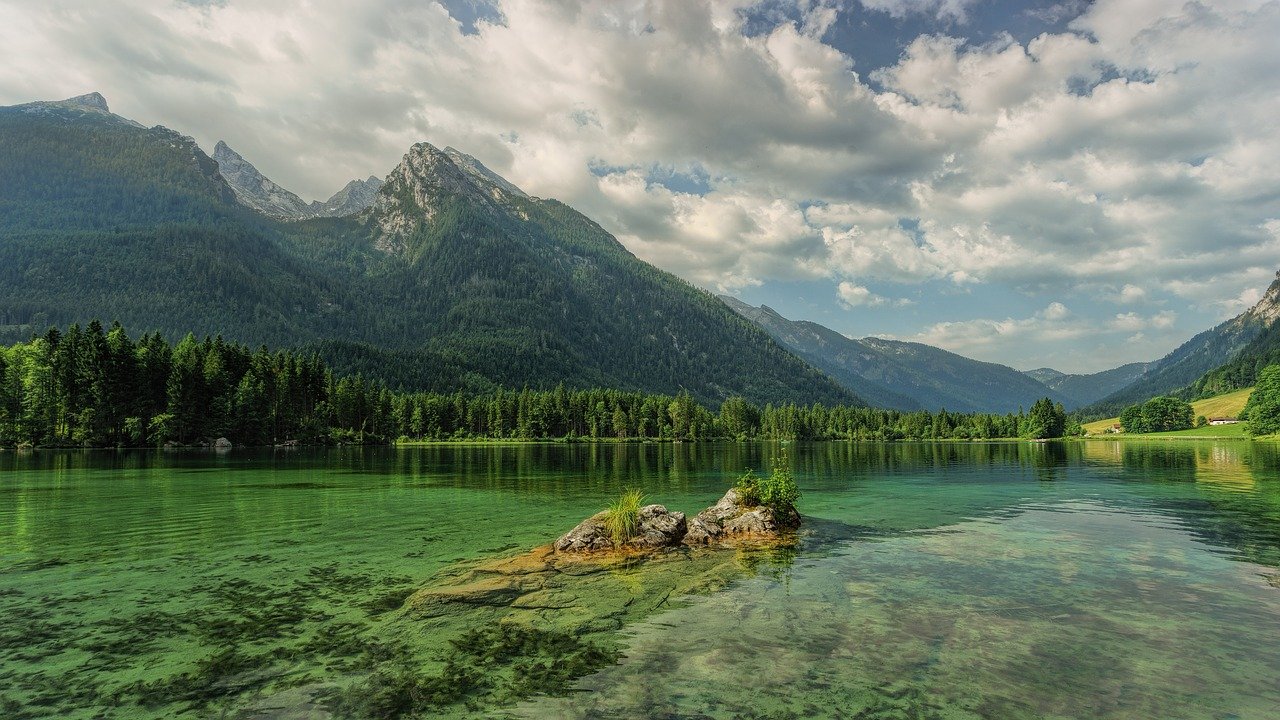 Bitcoin Cash, Synthetix, and Algorand posted losses over the past few hours as Bitcoin saw a wave of selling pressure. The defense of $32,000 for Bitcoin, or the lack of defense, would have a major impact on the altcoin market as well. 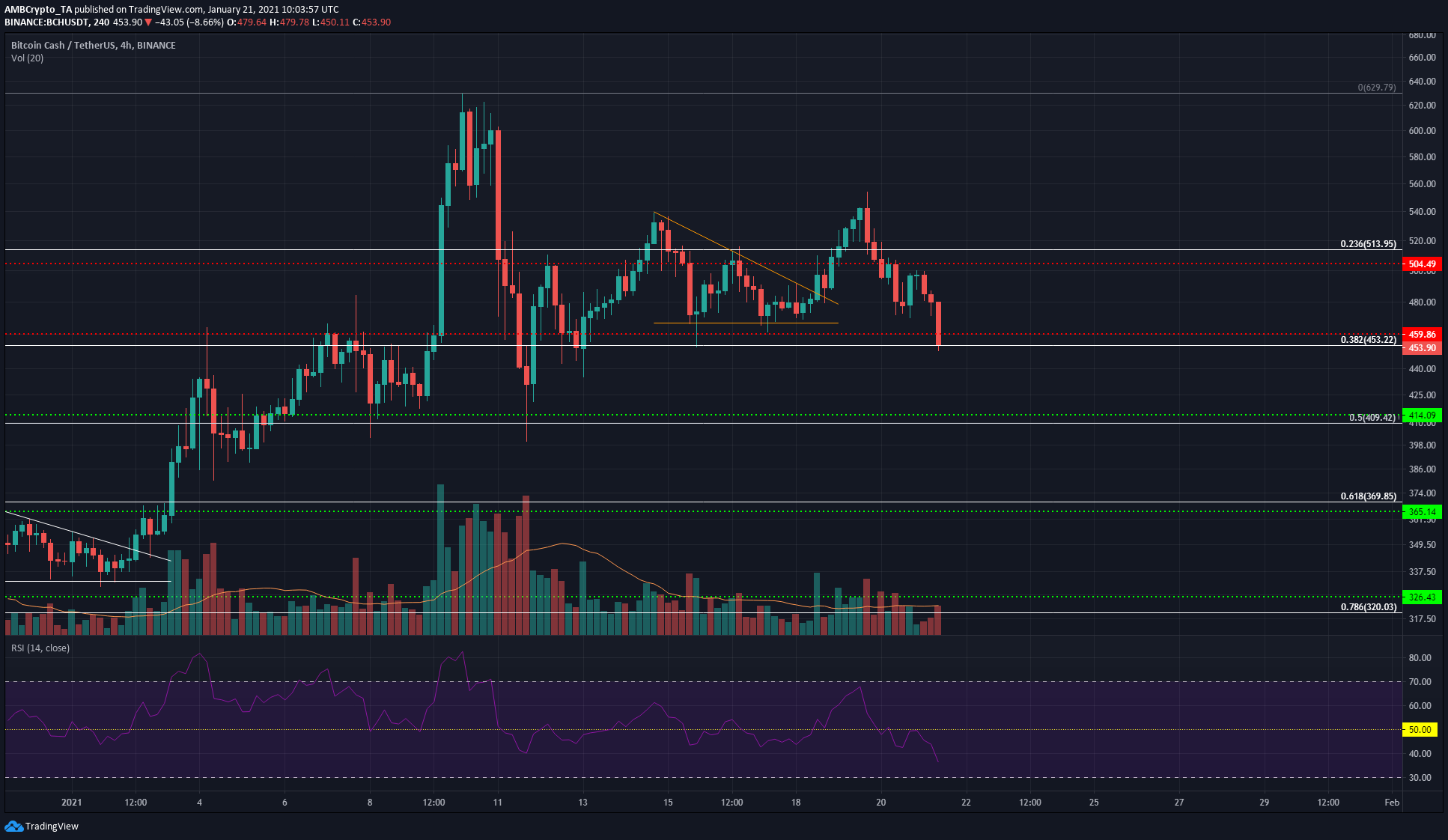 BCH formed a descending triangle pattern (orange) and broke out to the upside. Yet, it was unable to push past $540 and formed a double top. Combined with selling pressure on Bitcoin, BCH was forced to cede the $504 and $459 levels to the bears.

A session close beneath $459 will likely take the price further down, toward $415 in the coming days. Bitcoin has been sliding lower over the past two days, from $37,300 to $32,755. If the $32,000 level is not defended by the bulls in the coming hours, more downside can be expected for BCH as a result.

The RSI showed strong bearish momentum, however, the trading volume didn’t pick up during the sell-off, indicating that this was a reaction to Bitcoin’s drop and recovery was likely to be quick. 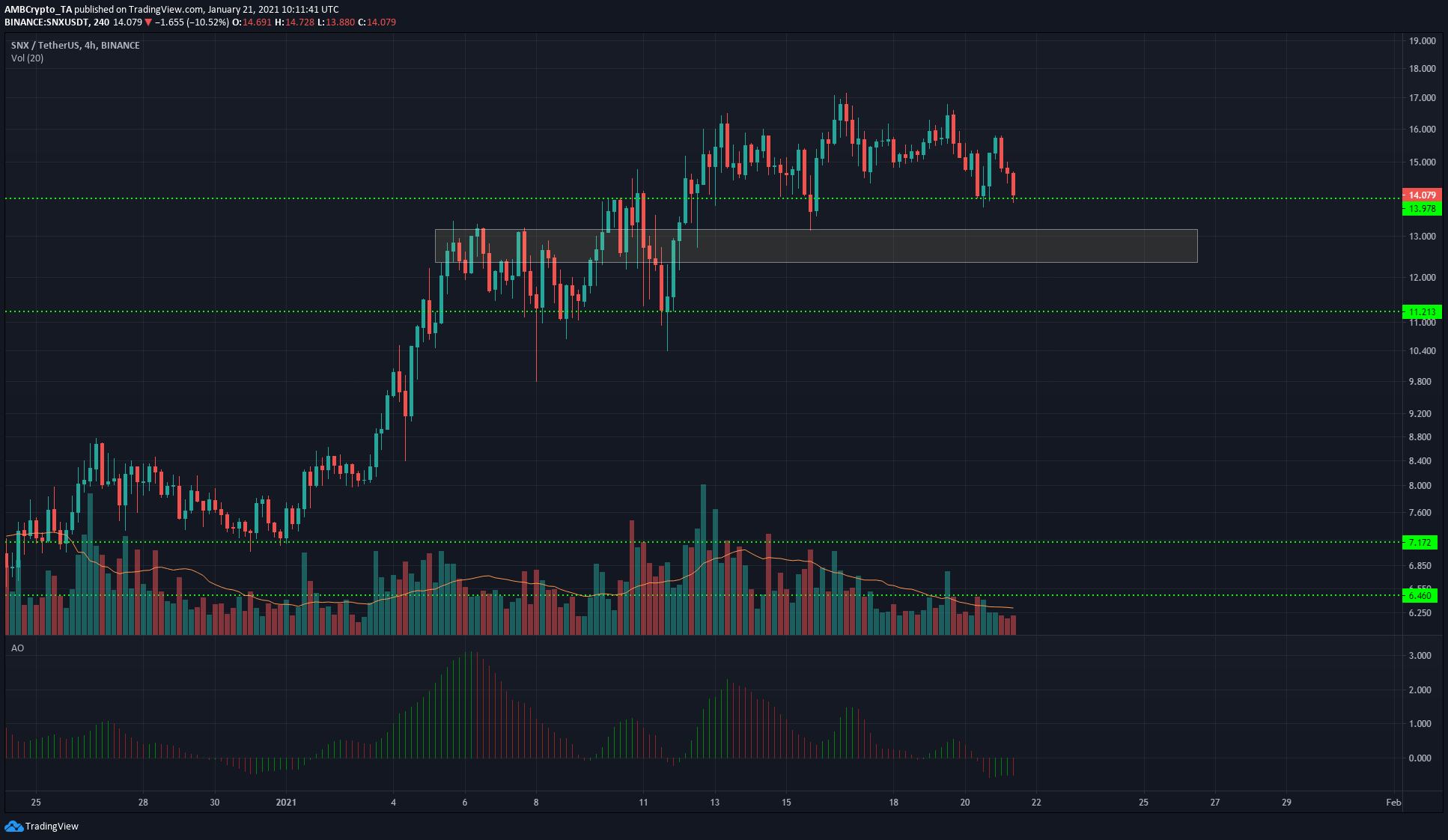 The Awesome Oscillator indicated rising bearish momentum behind SNX. The $14.1 level was not yet lost, but the coming hours will likely see the price slide lower.

The highlighted region is one of demand for SNX, and the price can be expected to dip to this region and bounce upward to test $14.1 as resistance.

Like Bitcoin Cash, trading volume was not rising even as the price tumbled – an indication that the market lacked conviction for this move south. 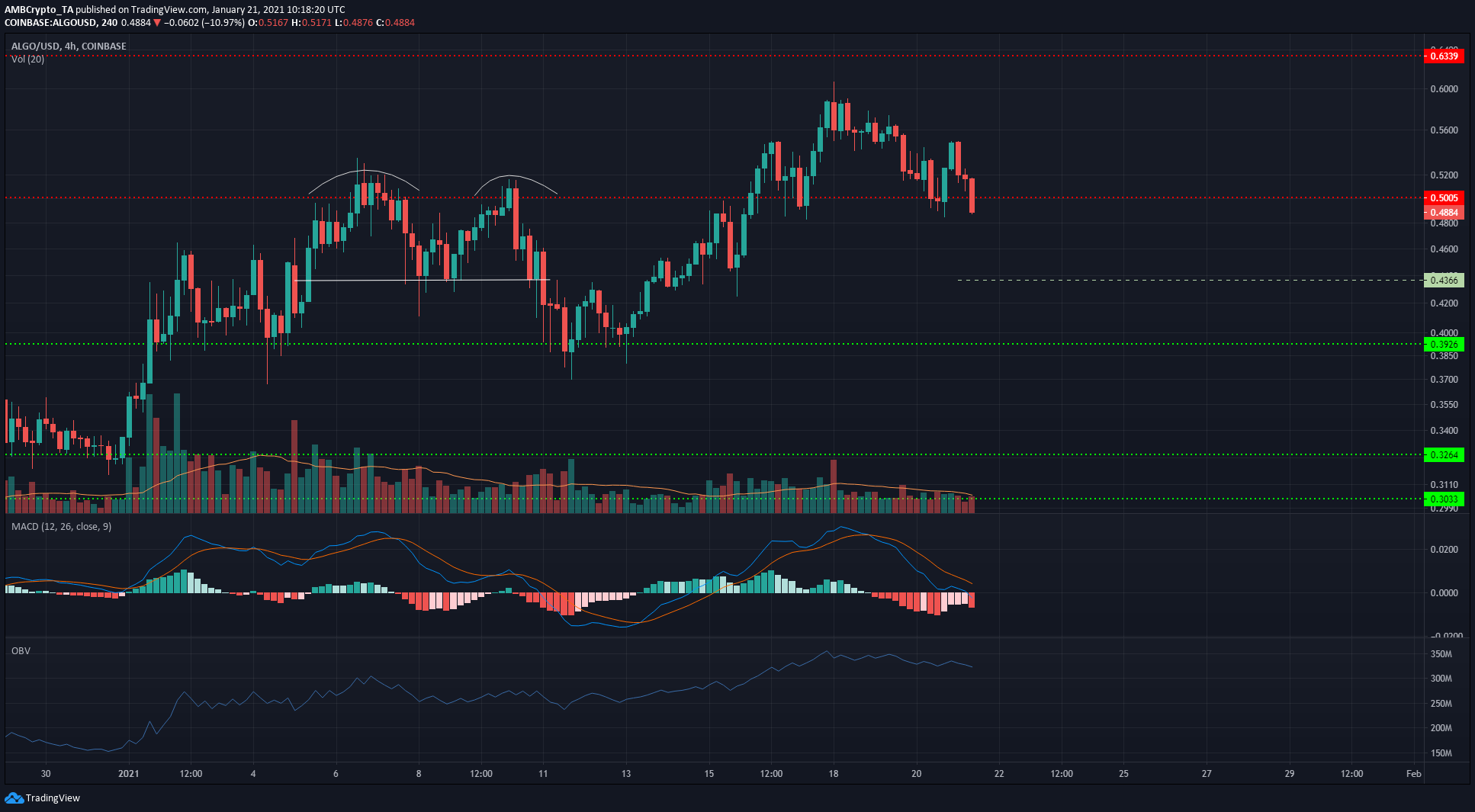 The MACD showed that the bearish momentum was rising and was on the verge of dropping beneath the zero line, which would generate a strong sell signal. However, the OBV did not fall by much – a theme in the altcoin market which was reacting to Bitcoin’s drop to $32,000.