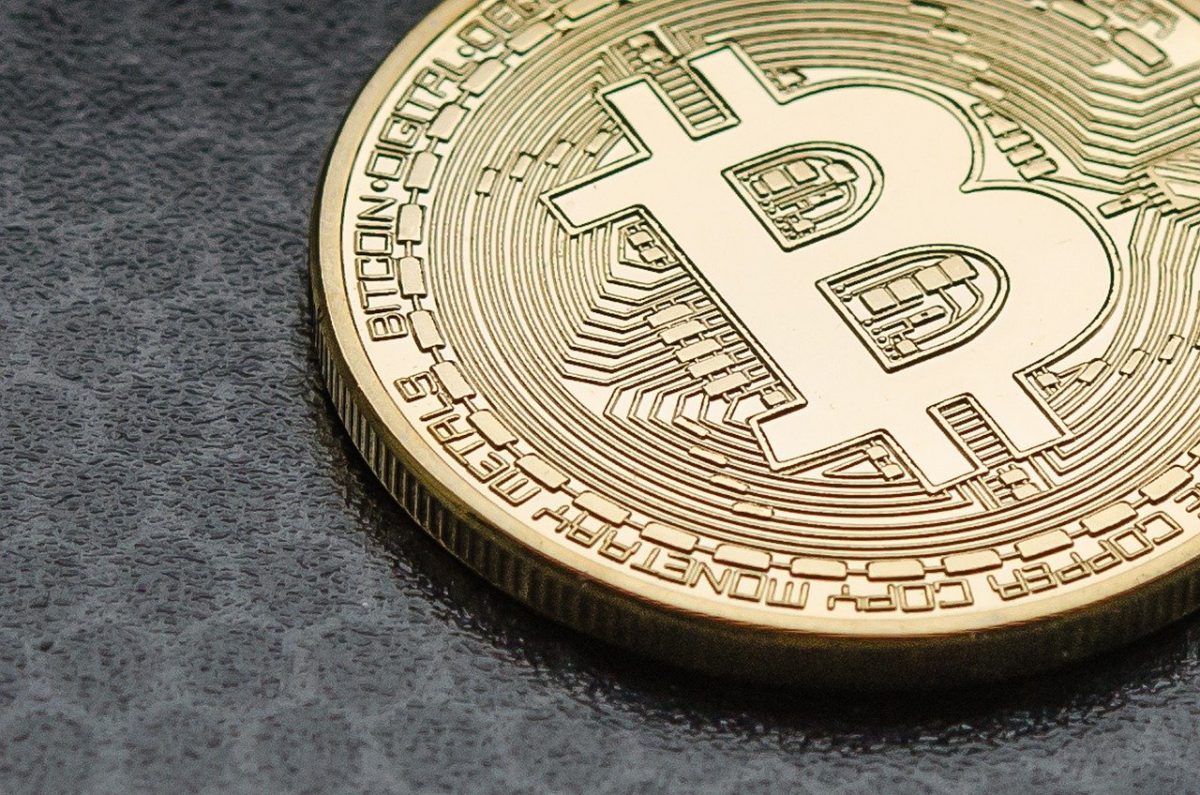 The bitcoin market hit a new all-time high at $40k on 7 January keeping up with its ‘new-day, new- peak’ motto. As traders saw this new price of the world’s largest crypto, it resulted in large scale activity in the derivatives market.

Following the market frenzy on Thursday, BTC futures volume hit a peak at $100 billion. According to market data provider Skew, this value was never seen before and has been noting a volume above $75 billion for most of the new year – 2021. 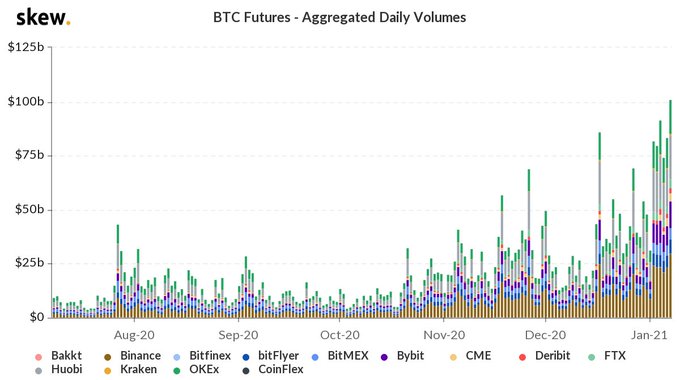 The above chart provided deeper insight into the volume-driven Bitcoin market, especially since December 2020 and that Huobi and Kraken appeared to have been driving the trading volume.

Whereas, the options market has not been far behind in the race. Skew highlighted the open interest driving to a new high of $10 billion. Deribit has been the main exchange driving the interest in the BTC options market with $8.7 billion. 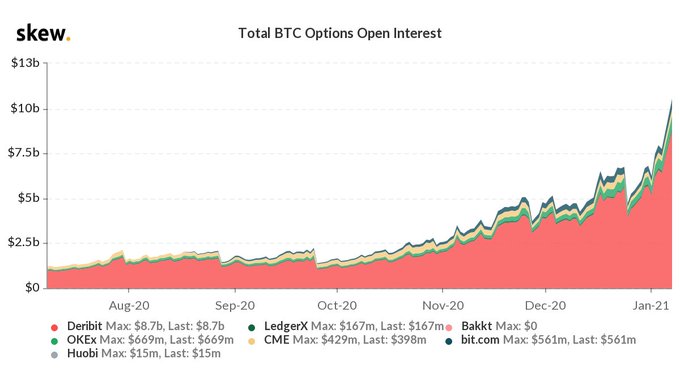 Just until a week back, the BTC value had hit an ATH at $28k, wherein it managed to surpass the market capitalization of Visa. Over the course of the past seven days, the value of BTC climbed higher almost every day and reported multiple ATHs.

As the price hit $40k, the market capitalization of BTC surpassed that of Tesla. The board member of BTC Foundation, Bobby Lee announced this milestone for the digital asset along with a promised giveaway.

IT HAS HAPPENED!! $BTC over $40k!!#Bitcoin has exceeded the price of the @Tesla CyberTruck, so I will keep my promise & GIVE AWAY a free #CyberTruck to a lucky follower of mine; just Follow+Retweet+Like this.@elonmusk Please keep your promise & release the CyberTruck on time! https://t.co/mYkgAolJbZ

As the market continued to celebrate the win over Tesla, its value transacted per second has now reached $859,375 per second.

With the new milestones being achieved almost every day, the digital asset has entered unchartered territory. Prominent chartist, Willy Woo on Twitter marked the levels for the digital asset using Fibonacci traces.

“When there’s no historic resistance levels, magic numbers in nature is all we have for support and resistance bands.
#Bitcoin is in unrestrained price discovery in uncharted territory, literally.” 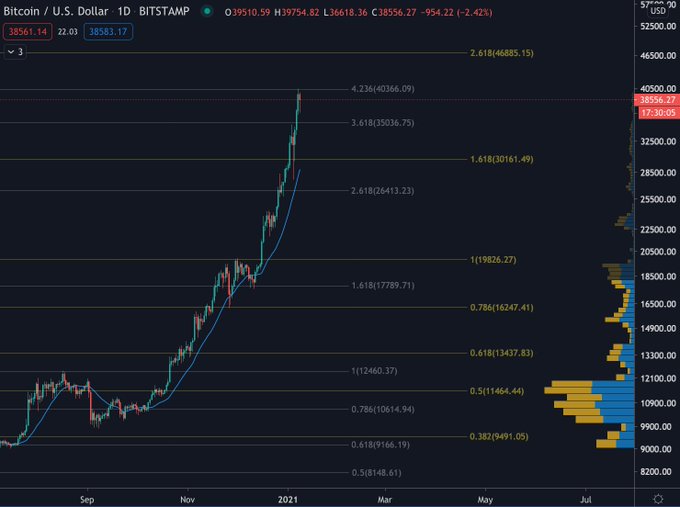