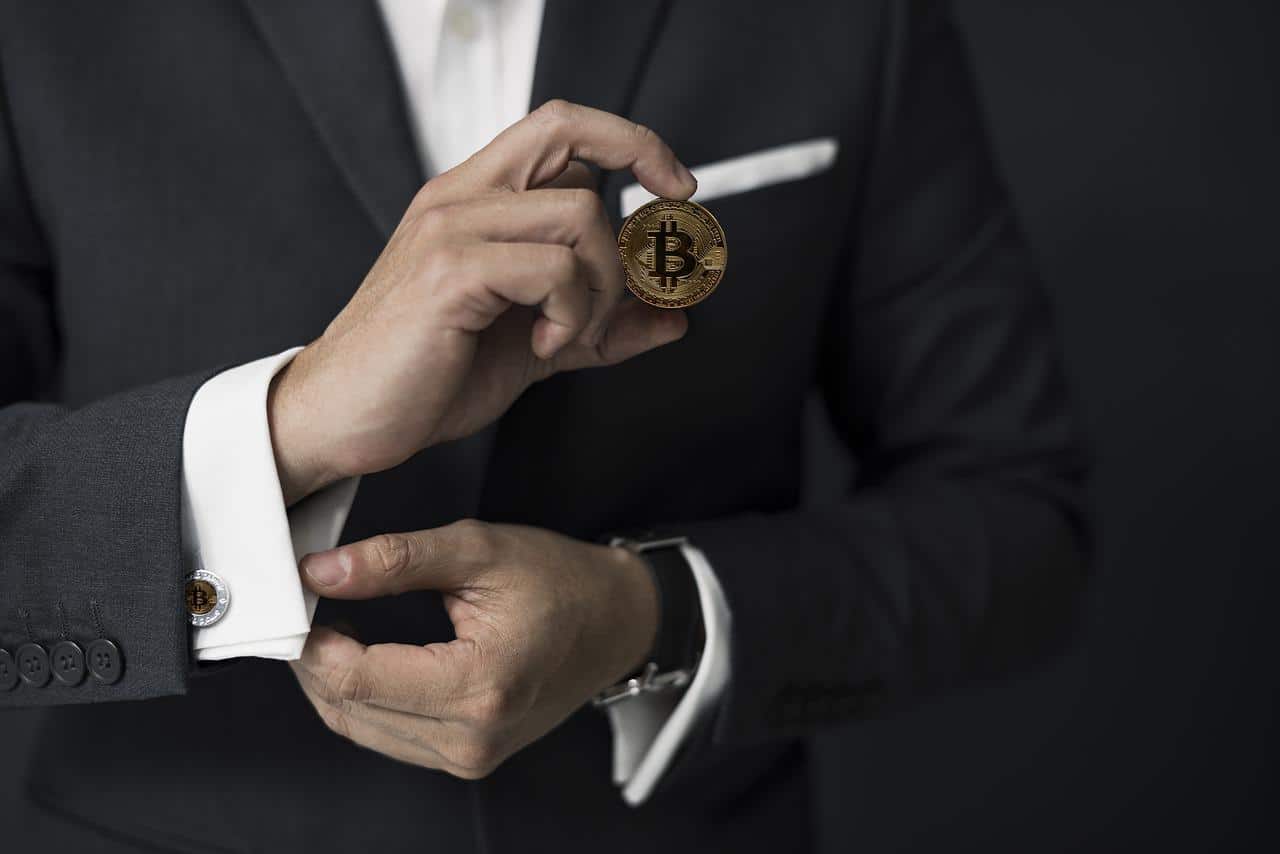 Bitcoin [BTC] briefly crossed above $24,000 on 29 July courtesy of a strong mid-week bullish bounce back. This is the second time that the cryptocurrency soared above this price level in July, demonstrating some significant bullish strength. A closer look reveals that there is more to the rally than meets the eye.

Just a week ago, we saw Bitcoin embark on a bearish retracement after a previous rally that pushed into the ascending resistance level. The price has been moving in an ascending channel underscored by resistance and support.

However, the price did not push back to the support but it did come close. This was an important observation because it highlighted the strong bullish strength and rising price floor.

The king coin traded at $23,731 at press time, which represents a 14% upside from the lows of 27 July. It also represents a slight pullback from its 24-hour high of $24,442 after retesting the ascending resistance line. 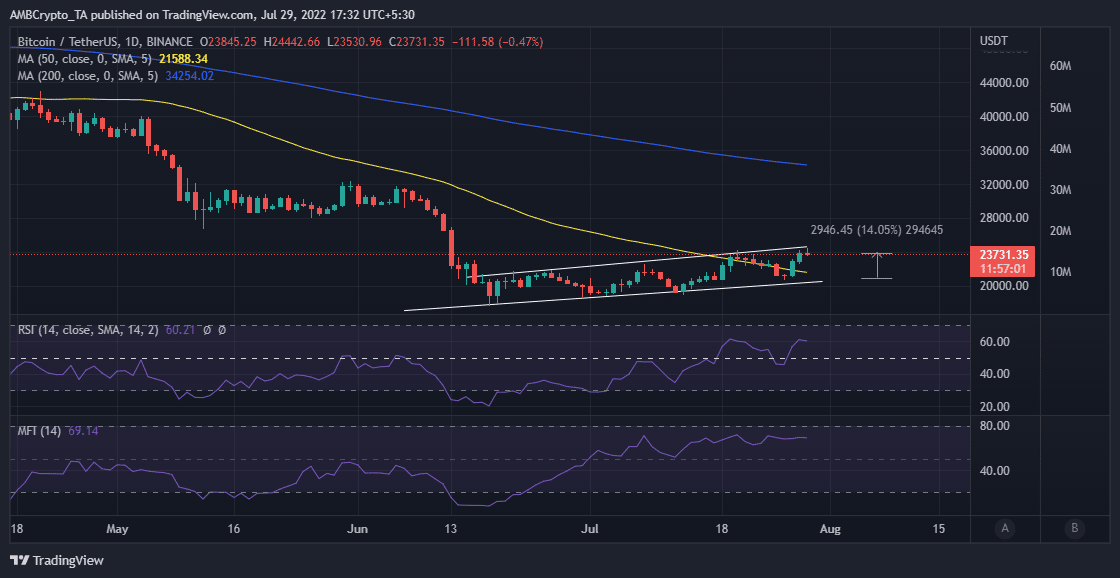 Despite the upside, BTC remained within the neutral zone, hence there is still room for its price to recover and potentially cross the $25,000 price level.

However, can it manage to achieve this goal or is the latest rally a temporary upside that will be met by a bearish retracement?

The answer might be in the same reason why Bitcoin declined heavily in June. The Purpose Bitcoin ETF Holdings, one of the ETFs invested in BTC sold off roughly 24,500 BTC.

It was one of the big sellers creating a lot of downward pressure at the time, hence it makes sense that the same ETF would have a positive impact if they accumulate.

The Purpose Bitcoin ETF Holdings increased their BTC from by 3,077 Bitcoin in the last three days. If we calculate the amount using BTC’s lowest price level on 26 July, then the ETF spent more than $63 million on the BTC purchase.

Notably, Bitcoin’s latest upside happened during the same period that the Purpose Bitcoin ETF Holdings made the purchase. 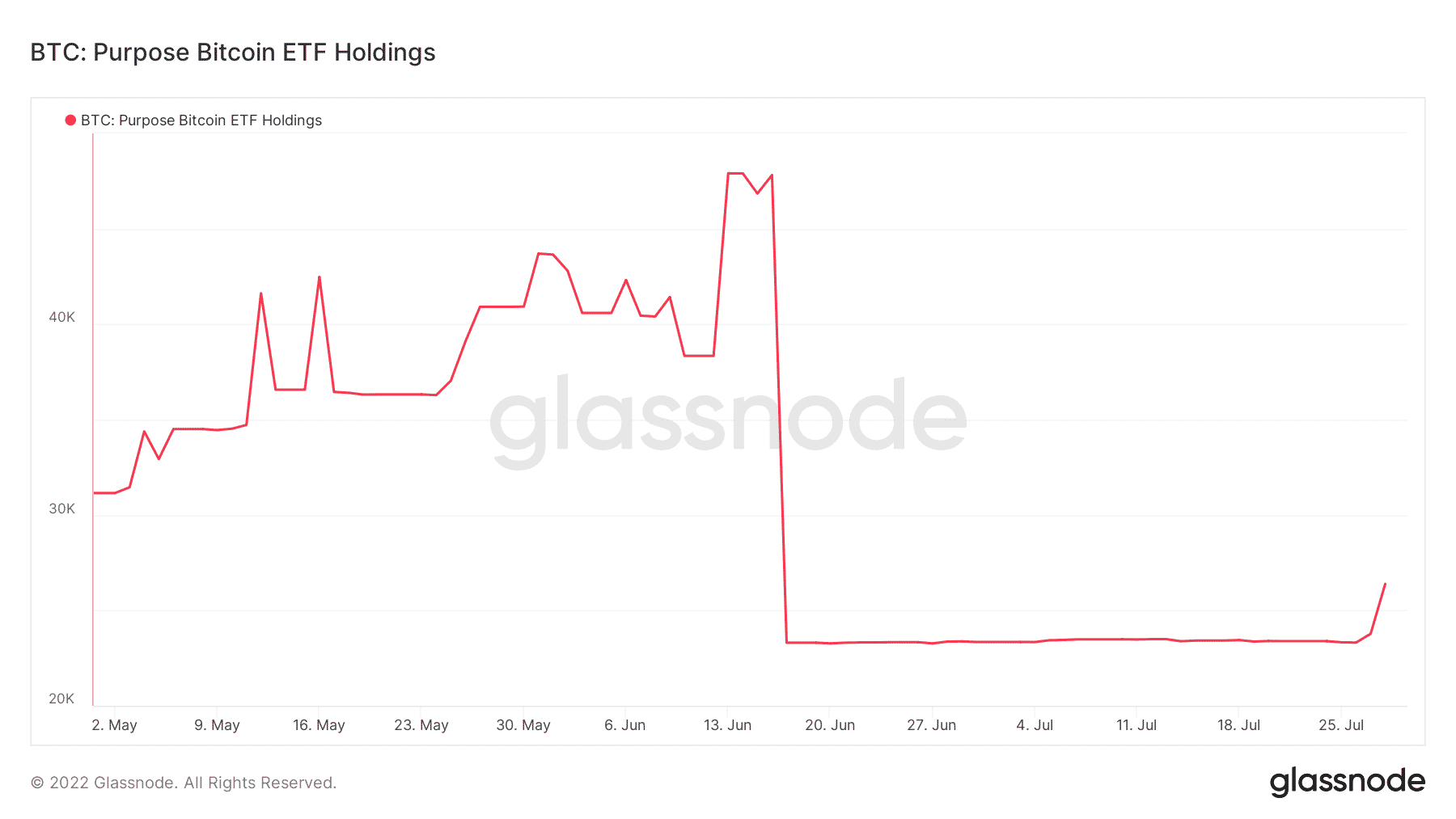 Despite the upside and the accumulation by the ETF, exchange flows reveal that selling pressure has increased. Bitcoin had 46,337 BTC in exchange inflow volume, at press time. And, it had lower exchange outflows of 42,069 at press time.

This explains the selling pressure after interacting with the resistance line. 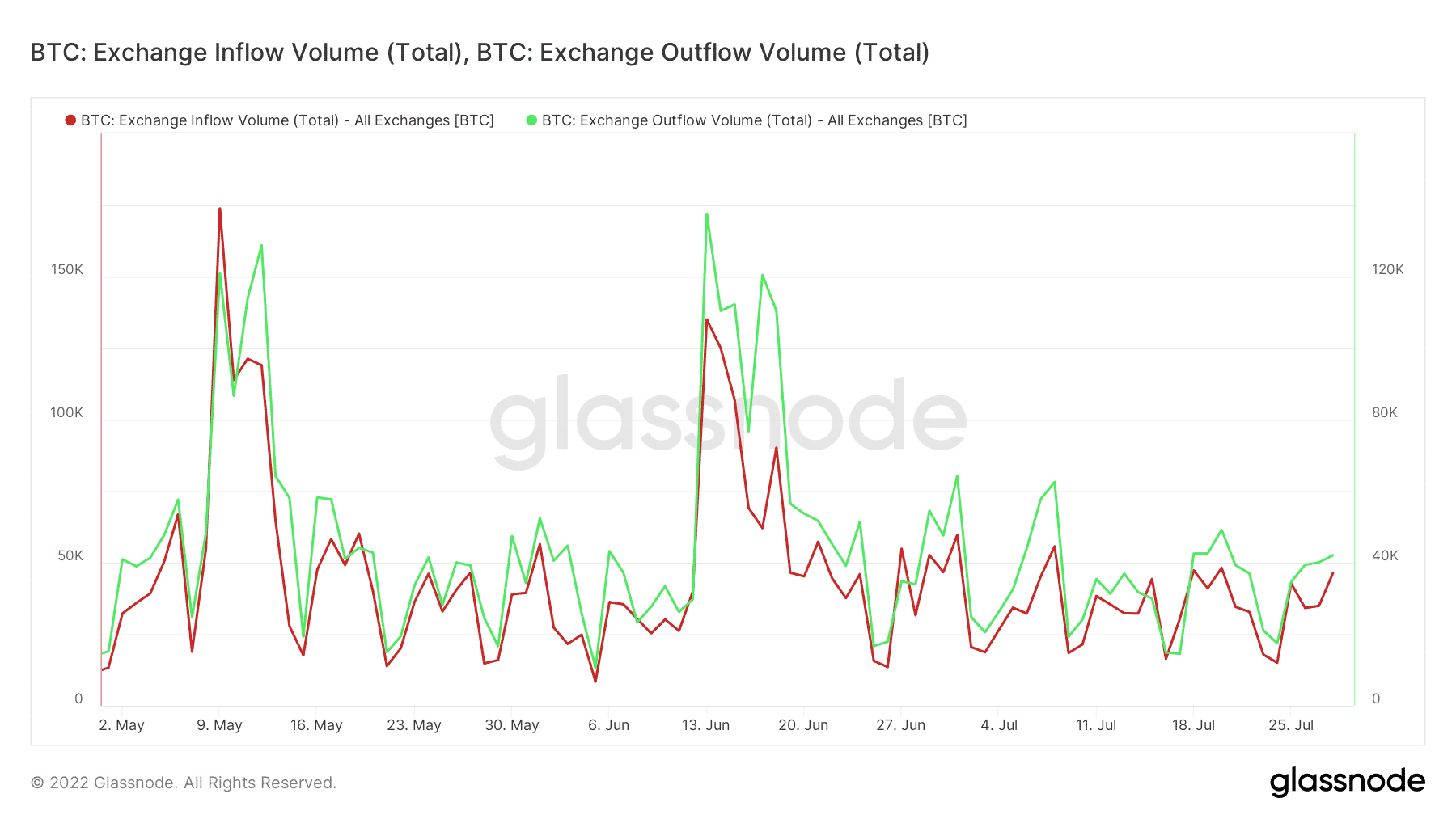 The accumulation by the ETF is a healthy sign for Bitcoin. Such a strong accumulation is bound to raise the floor price even higher.

It is unclear whether more institutional investors are buying BTC but if that is the case, then Bitcoin will likely break the current resistance and achieve more upside.

Related Topics:BitcoinBTCPurpose Bitcoin ETF
Up Next

XRP traders can buy at this range with stop-loss below $0.36

The Graph: Trade perspective of how GRT fared in Q2 2022