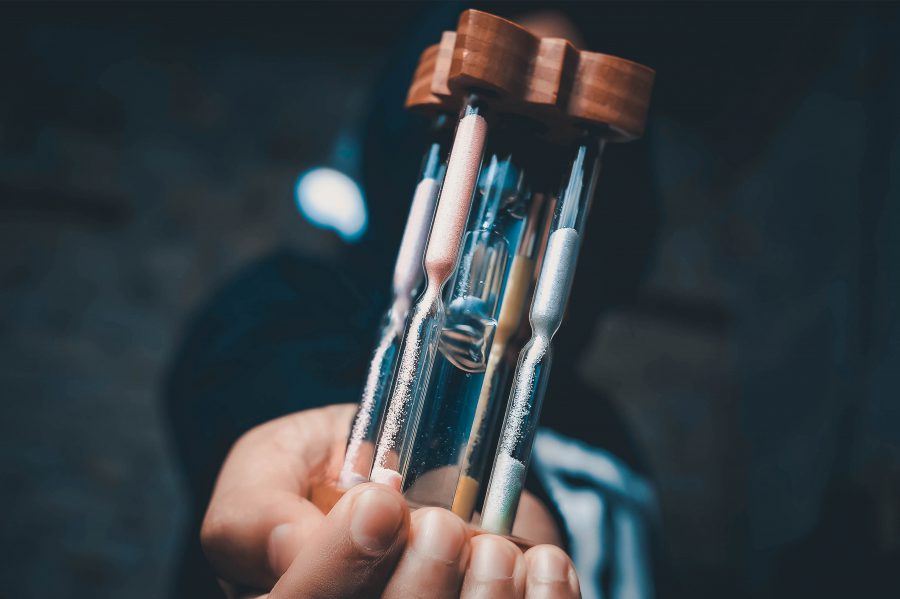 Towards the end of 2018, one of the major points of concern the Bitcoin market along with its price slump was something known as the “Bitcoin mining death spiral.” In December 2018, Andreas Antonopoulos explained this unlikely-to-happen phenomenon as 50 percent of miners exit the network, resulting in a drastic drop in hash power. This would lead to the block being issued every 20 minutes rather than 10 minutes, resulting in mining difficulty re-targets being pushed to four weeks instead of two weeks.

According to him, this would further be followed by,

“[…] if that happens, then a lot of miners will [leave]; [that they will say], ‘I’m not making enough profit anymore because things are moving a lot slower. I will turn off my mining [equipment],’ which then causes [hash rate] to drop even further. [That makes block issuance even] slower, which cases [more miners to drop out] […] difficulty never adjusts”

This was followed by him stating that miners participate with a long-term perspective and usually opt for long-term plans in terms of electricity. He went on to state that the miners who wait for the difficulty to re-target would be at the winning side as difficulty to mine would become less, and it would thereby become easier to make profits.

The author of Mastering Bitcoin spoke about a similar topic during the latest Q&A session on YouTube. Andreas explained the scenario of what would happen if some of the miners found it unprofitable to continue mining and turn off their mining equipment, while taking Bitcoin’s halving and block subsidy into consideration. He said,

“When they turn off the least efficient miners they have or perhaps off of the miners because their electricity price is too high for their area. Not all of the miners have the same profitability variables.”

On one hand, the least efficient miners with high electricity costs would become unprofitable. On the other hand, the most efficient miners with better electricity costs would turn out to be profitable and keep their equipment running. He stated that when the hash rate drops and the difficulty is eventually readjusted, then it would lead to miners who were “previously barely profitable” continuing to mine, would become “much more profitable” as a result of a drop in hashing difficulty. He said,

“For a short period of time, blocks are going to come out more slowly. If there was, for eg, a 50 % reduction in hashing power […] you’d have blocks every 20 minutes instead of every 10 minutes but only for about a week […] people who stick in the game make great profits in the long run.”