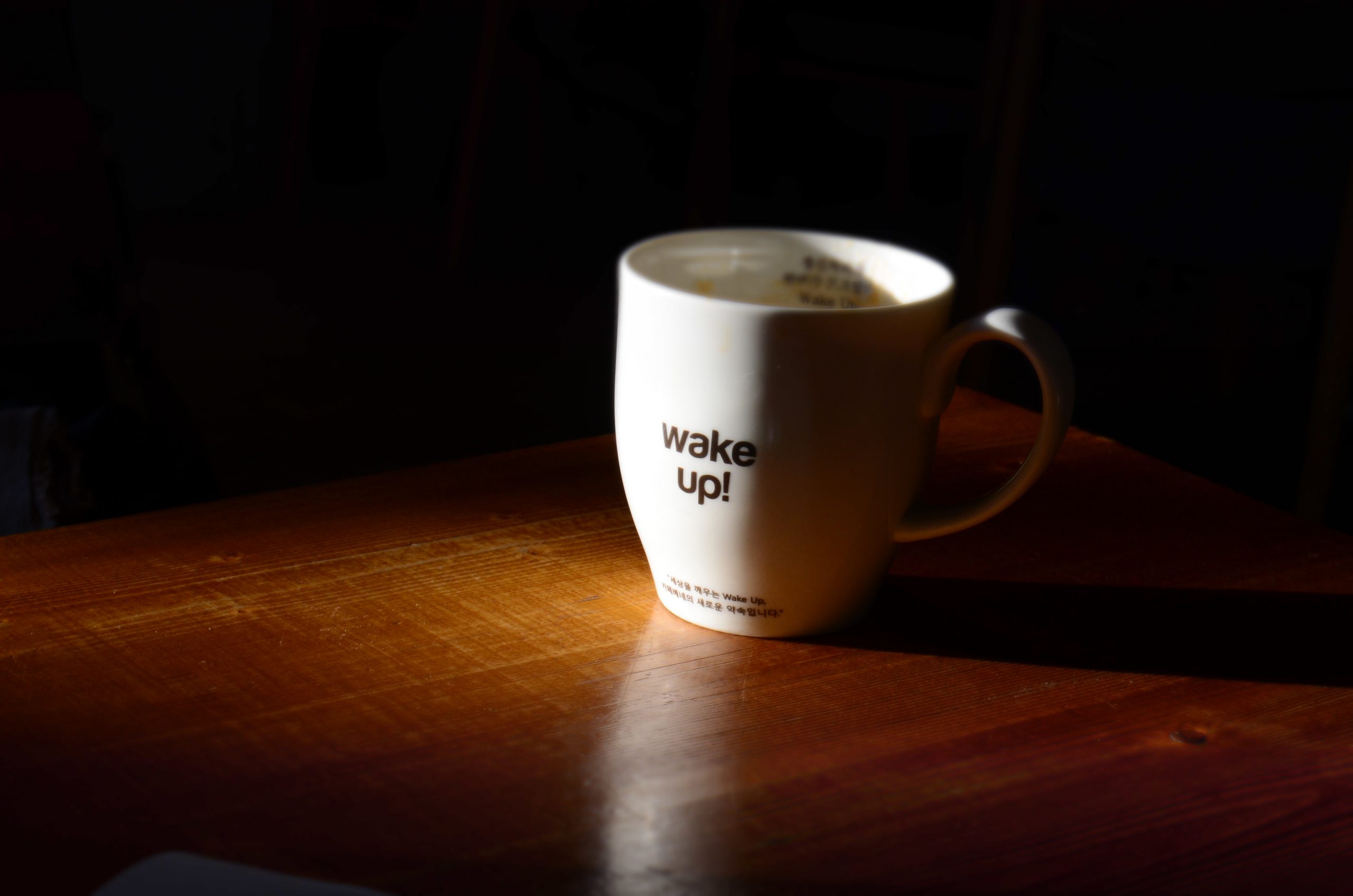 Bitcoin has had a phenomenal year, with its price tapping new highs every day. At the time of writing, Bitcoin had just hit $29,300, a new all-time high for the cryptocurrency. This has been happening for a while now and it seems like the bull run is well and truly here. With the arrival of the holiday season and Bitcoin hitting new highs, it almost feels like déjà vu [referring to 2017]. 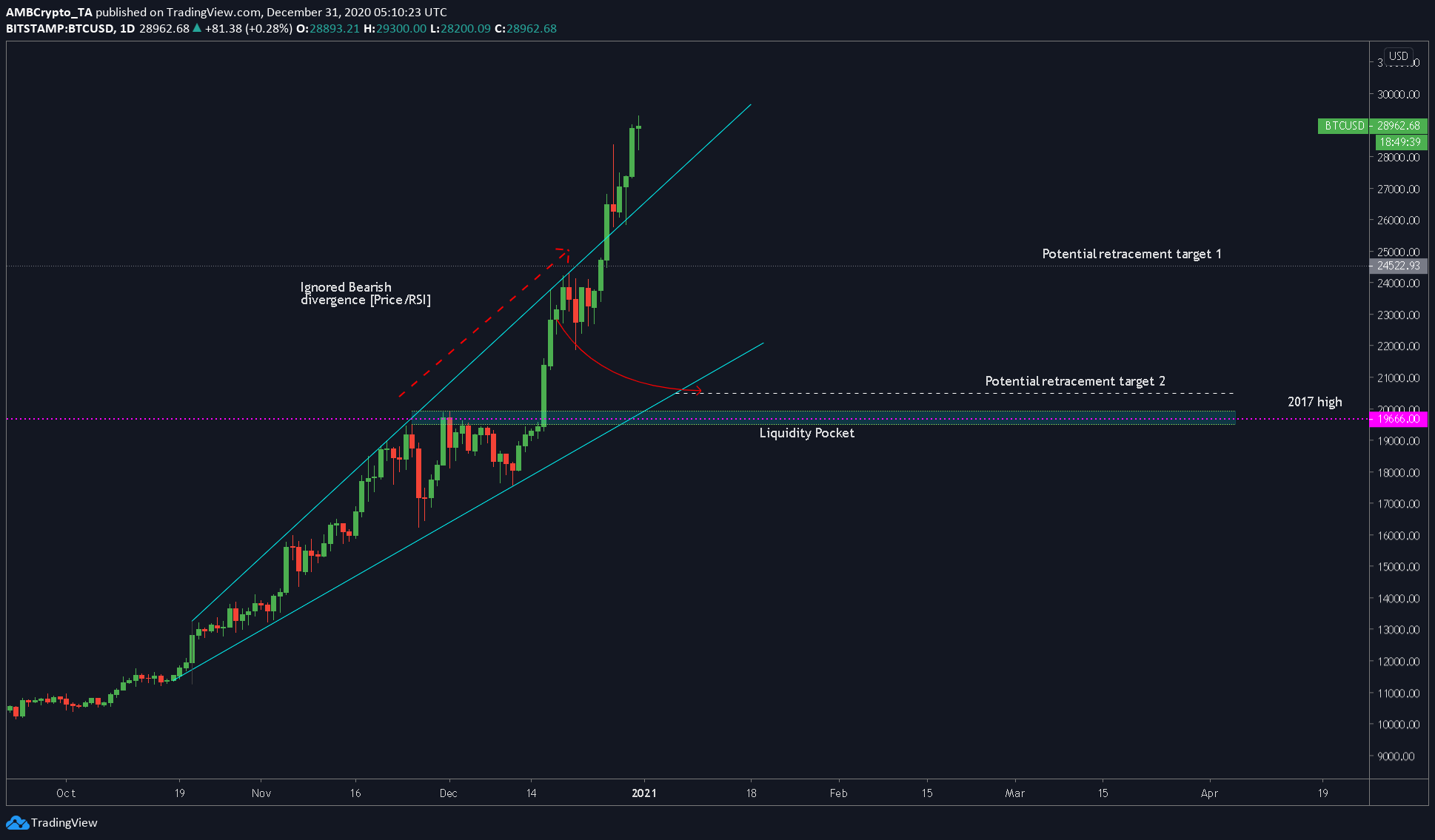 Contrary to usual price analyses, this article will be different. The attached price chart has to be analyzed without any indicators to get a full picture of what’s happening. In this regard, the above chart shows that Bitcoin was in an ascending broadening wedge. Until 12 December, BTC respected this pattern and had a nice bounce off the lower trendline, a development that seemed to have sparked the bull run on the charts.

From this point onwards, BTC surged by a whopping 62.57%, shattering the pattern and ignoring many bearish indications on its charts,

So, at this point, Bitcoin is invulnerable to any and all sellers due to the buying pressure. This pressure could either be holiday traders who are FOMO buying or residual pressure from institutions. It feels like it’s the former since the CME COT report highlighted a record short positions from leveraged funds [30,000 BTC].

Since we’ve established that bearishness isn’t allowed right now, let’s take a look at the indicators. 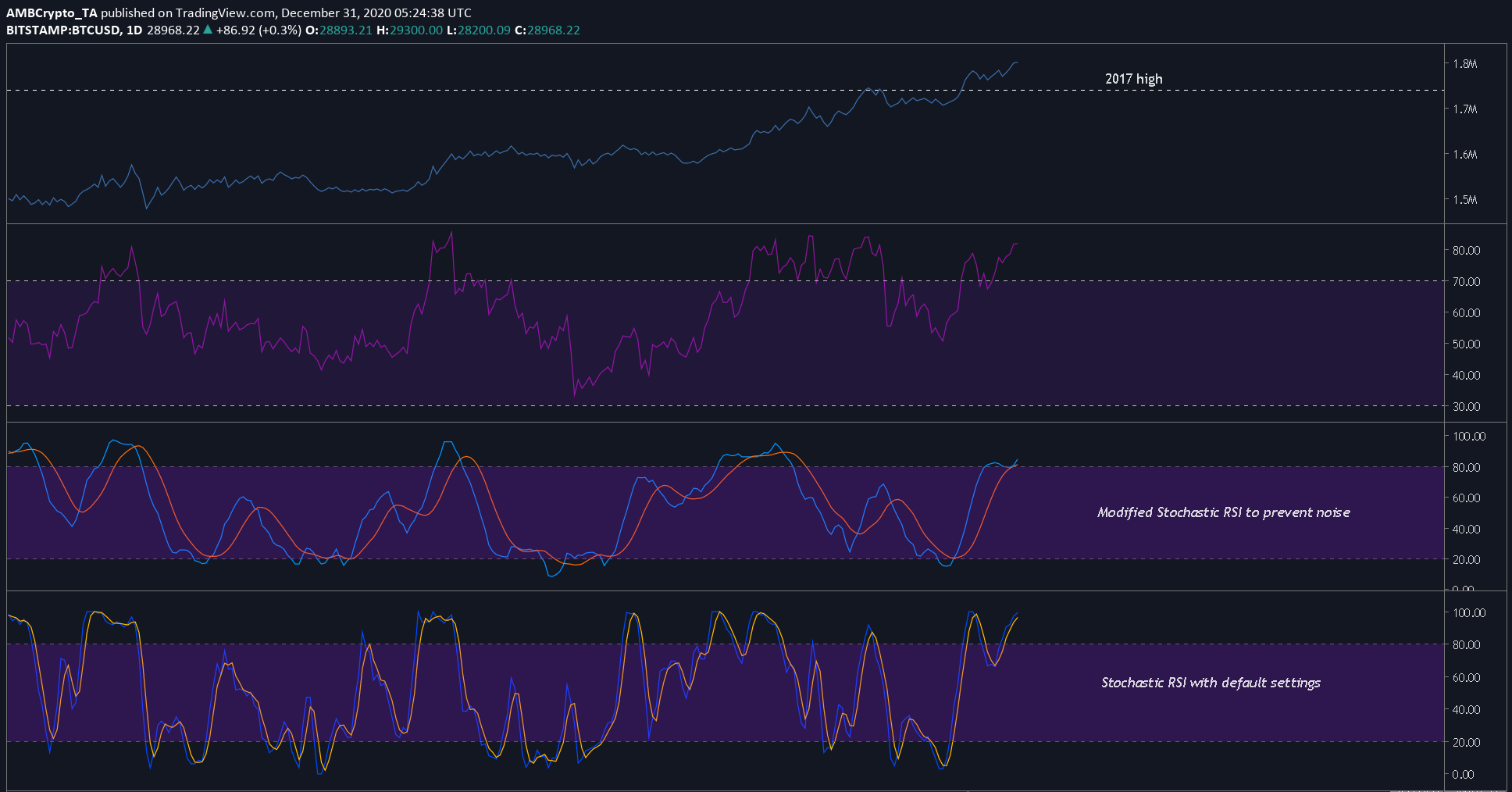 The OBV was observed to have surpassed its 2017 volume levels of 1.73 million, with the same standing at 1.8 million, at press time.

The RSI indicator was in the overbought zone for the 15th day.

The Modified Stochastic RSI underlined a massive unfinished bearish crossover that was failing due to the recent price surge.

The Stochastic RSI briefly dipped below the overbought zone, but managed to head back in.

While the indicators were trying to head back into their normal states, buying pressure was keeping them from doing so. We can’t expect the price to keep doing this for a long time. This unsustainable surge will eventually stop and then retrace, contributing to a cascade of long liquidations.

Perhaps, we will see a scenario, one wildly similar to 2017, develop after Bitcoin hits $30,000. We might even begin 2021 like how 2018 began, with a bearish spinning top candlestick pattern.