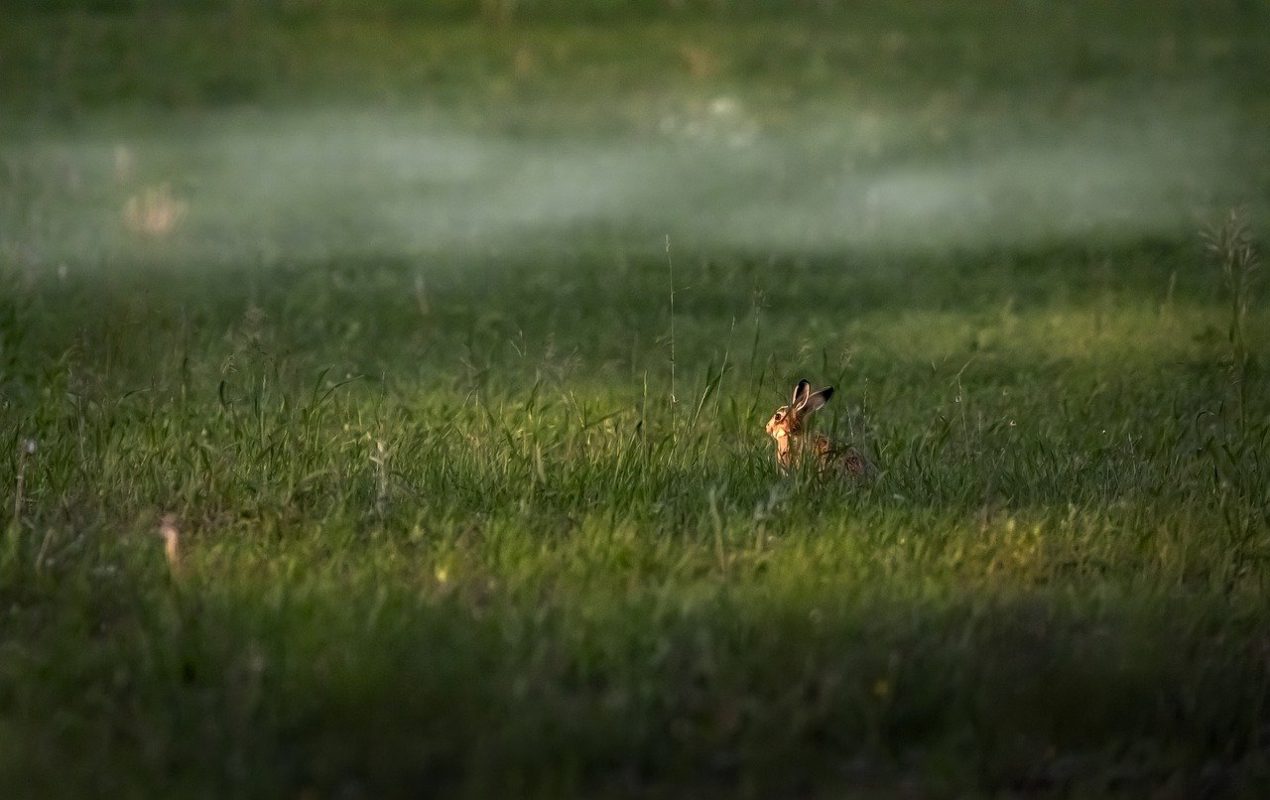 Bitcoin registered a low of $43,810 a few hours prior to the time of writing. The $44k-$45k has been a region of demand for BTC over the past week. Interestingly, a Bitcoin on-chain analyst noted that $45k and above is a strong area of support- but from a technical perspective, a drop below $43,800 can not yet be discounted. 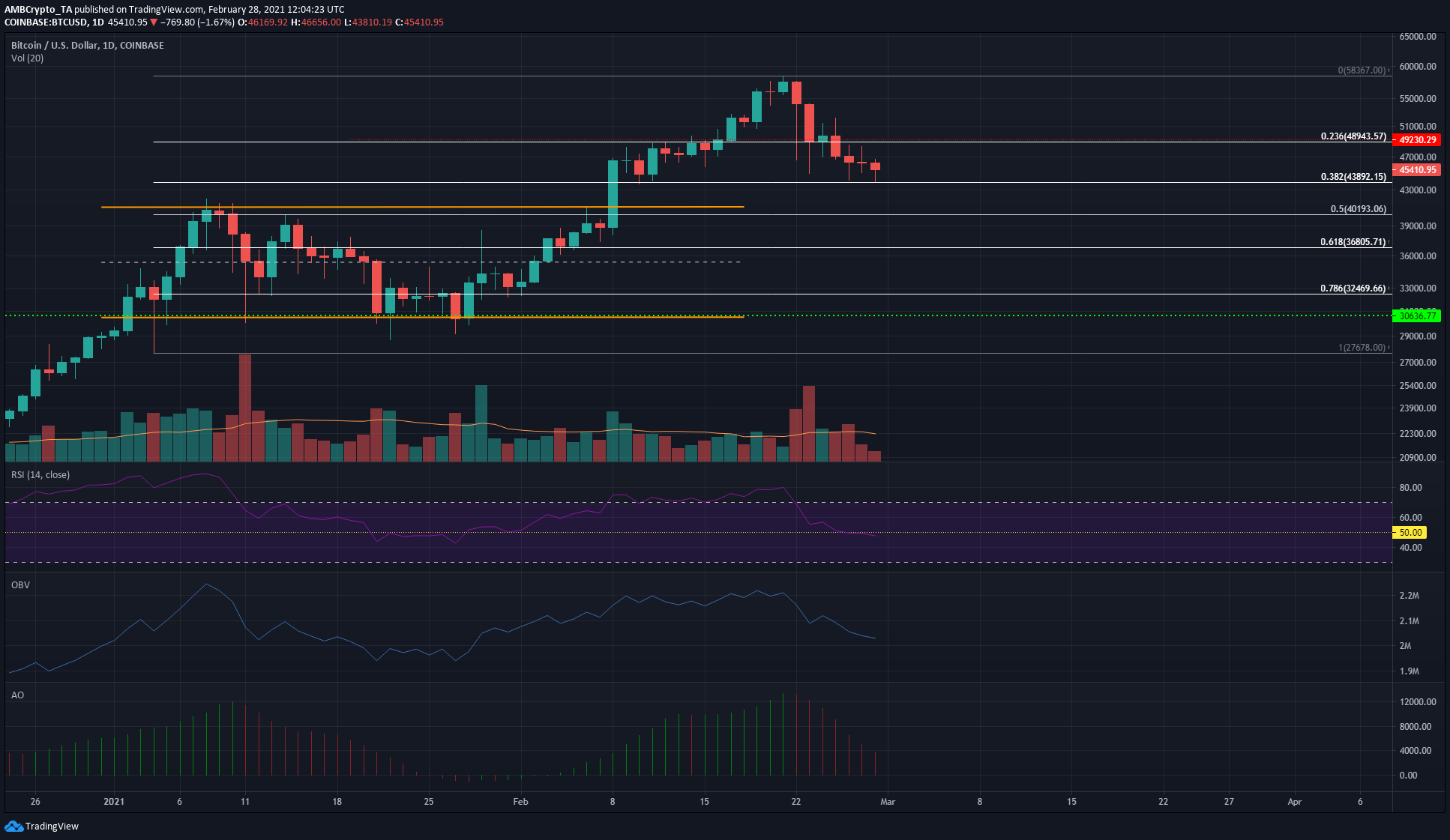 In the long-term, Bitcoin remains quite bullish. The pullback over the past week that has seen so much emotion on social media has not even tested the 50% retracement level according to the Fibonacci Retracement tool.

Hence, any further dips toward $40,193 are meant for buying – a drop below $36,800 is the case if a deeper correction for Bitcoin happens. However, there was no evidence yet for that development. On-chain metrics showed that sentiment was not as strongly bearish as it was in January when the price dipped to $30,600.

The technical developments over the past few days were interesting- a 25% correction (and possibly further) to the downside and a funding rate reset from above 0.1% to 0.02% showed that this was a healthy correction and not quite a reversal in the long-term trend for BTC.

The RSI was at 48 while the Awesome Oscillator formed a series of bearish bars to denote waning upward momentum. The OBV was also moving lower to show that selling volume was high over the past few days, but its general trend over the past few weeks has been steadily upward.

The bottom for Bitcoin might not be in yet and market sentiment still appears to favor the bears in the short-term. However, the long-term outlook for Bitcoin looks promising and traders should be in the “buy-the-dip” mode.