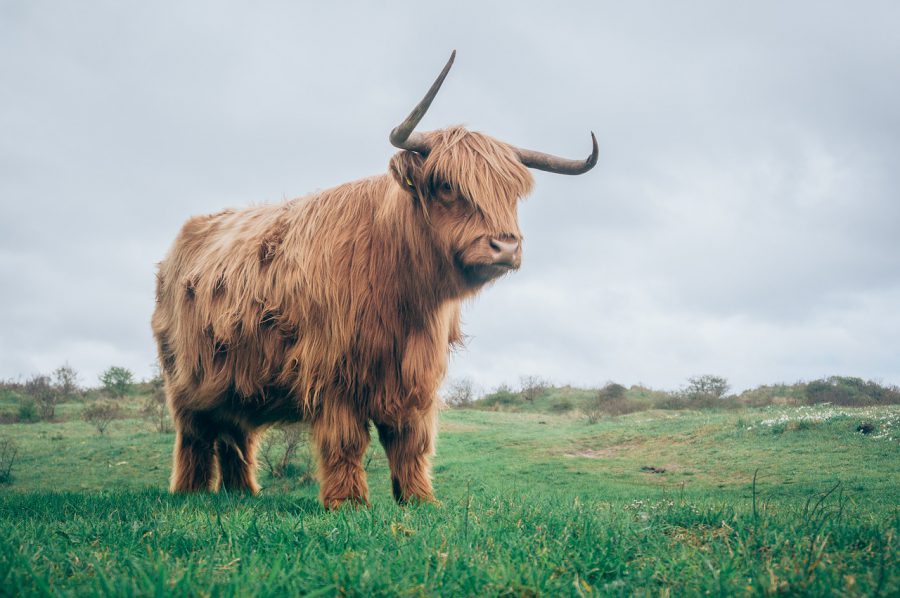 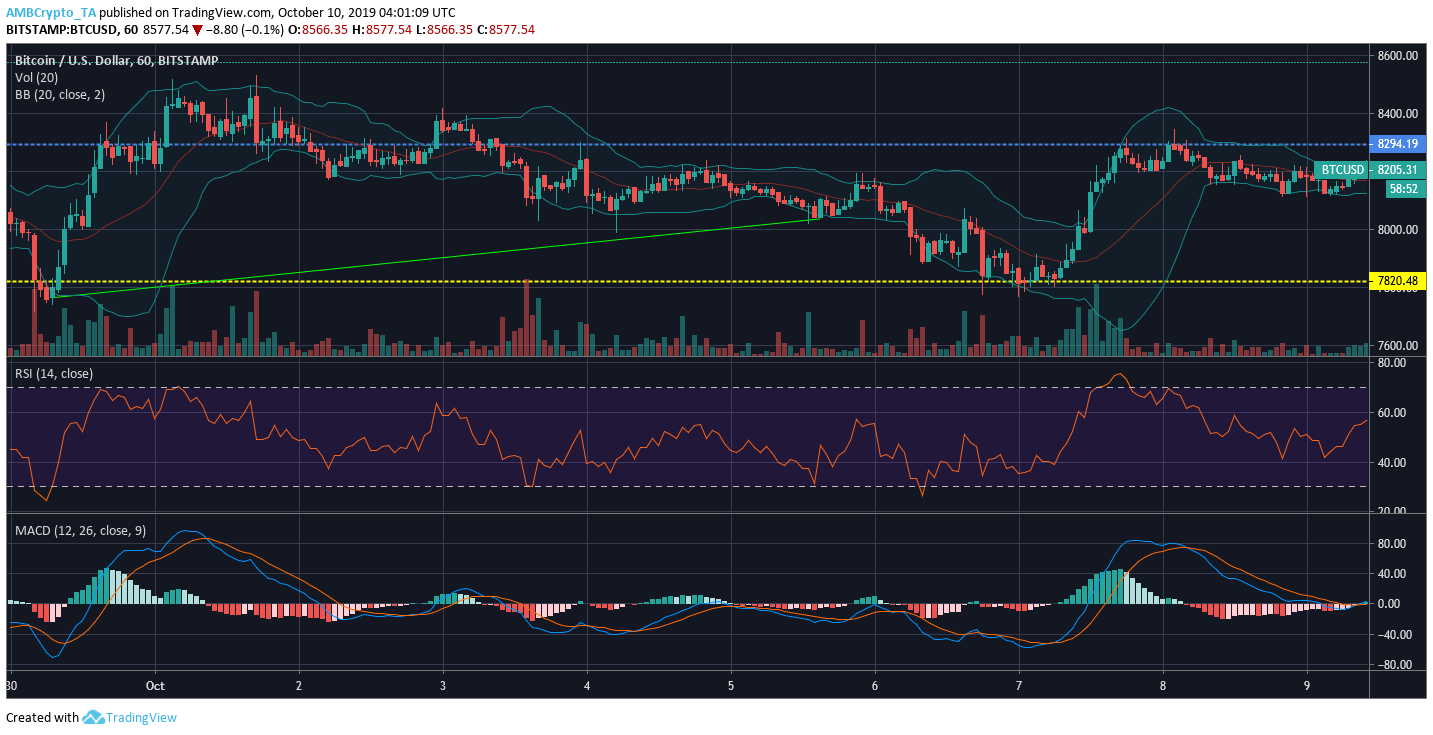 The RSI indicator indicated that BTC was oversold on 6th Sept for some time showing a bearish trend in the short term and then the fluctuations stabilized towards the latter end of the day suggesting a buying pressure surged.

The MACD indicator suggested a bullish trend as the blue line hovered over the red line. 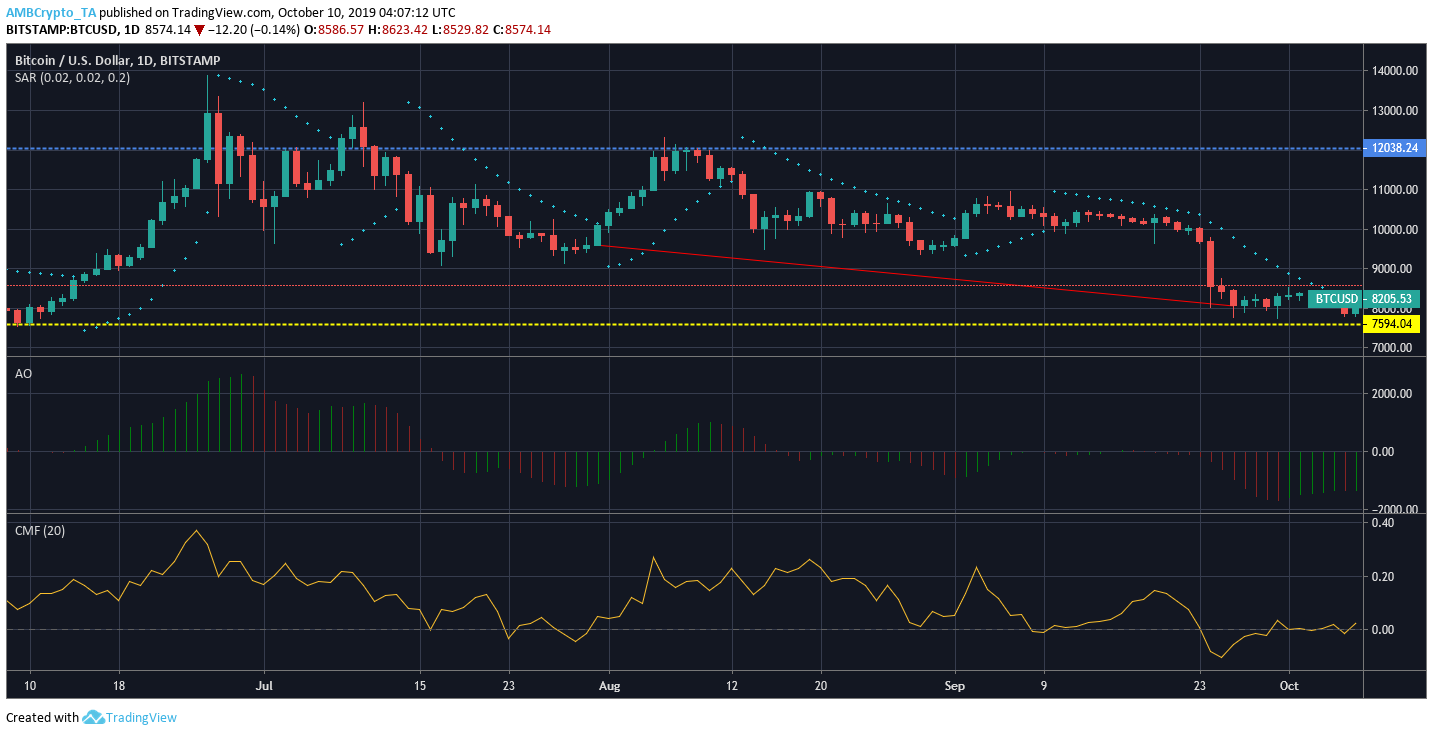 The Parabolic SAR indicator indicated that the markers are above the candle since suggesting a bearish trend and it has continued to be above since then.

The Awesome Oscillator indicated that the trend has been fluctuating in the long run and slightly bullish in the short term.

The Chaikin Money Flow or CMF showed that the money is flowing into the market from the and while it tended to be slightly on the bearish side but it improved at press time.

Bitcoin’s price continued to consolidate after dropping below $10,000 as the bulls seem to be back behind the token.

Bitcoin price volatility on the decline but market looks bearish