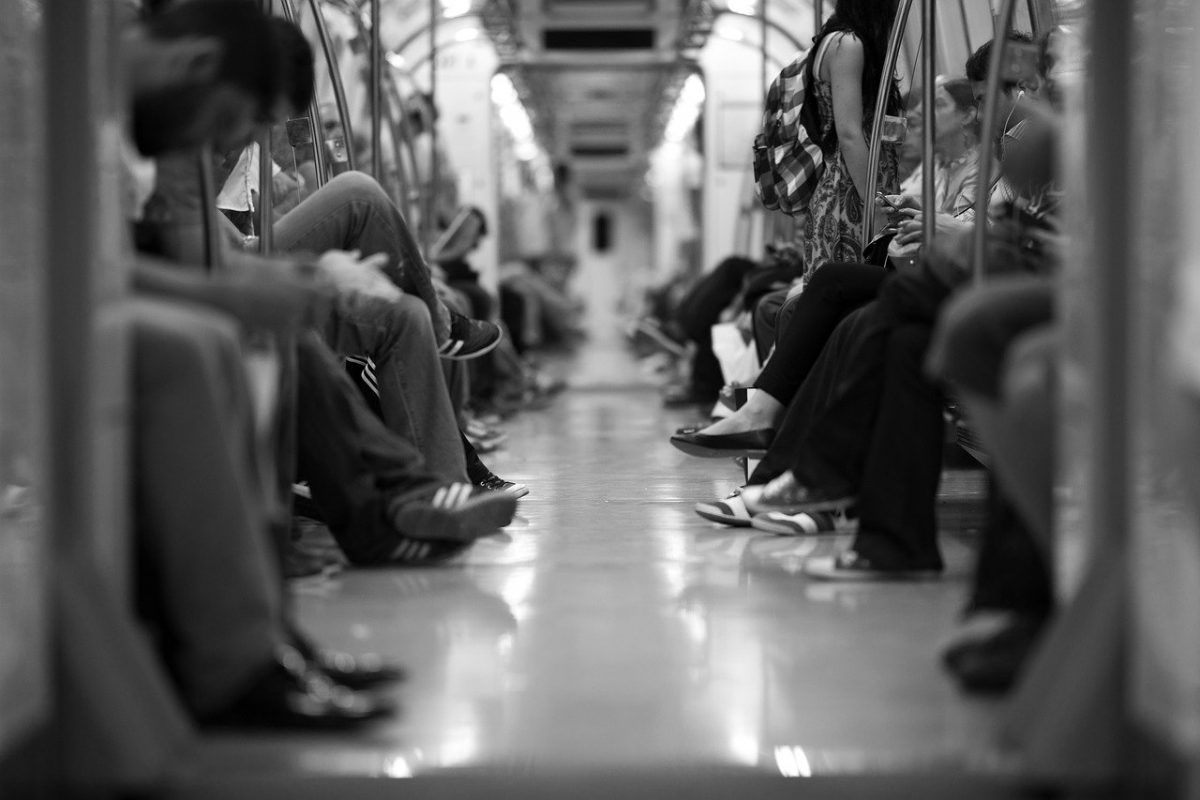 Bitcoin SV exhibited falling volatility and trade volume on the price charts and could be set to consolidate above a level of support at $216. Waves and VeChain, however, appeared primed for a breakout to the upside. 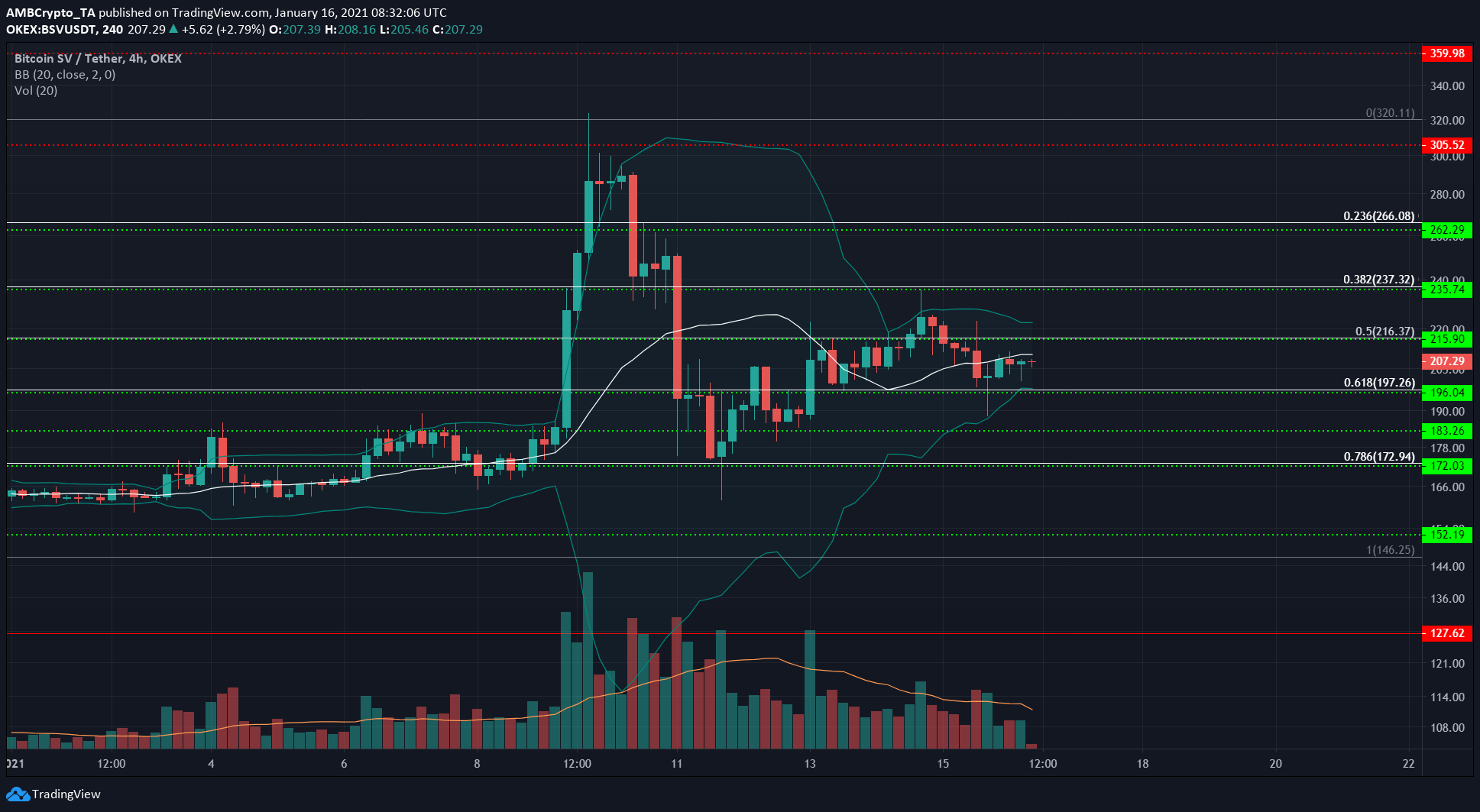 On the 4-hour chart, the Bollinger Bands indicated that while significant volatility was seen over the past week, both the volatility and the trading volume appeared to be falling of late.

The 50% retracement level, coinciding with support at $216, can be expected to serve as a strong support to BSV. The next few days could see BSV consolidate above this level, provided Bitcoin does not see a significant move in either direction. In that case, BSV will follow Bitcoin in the markets. 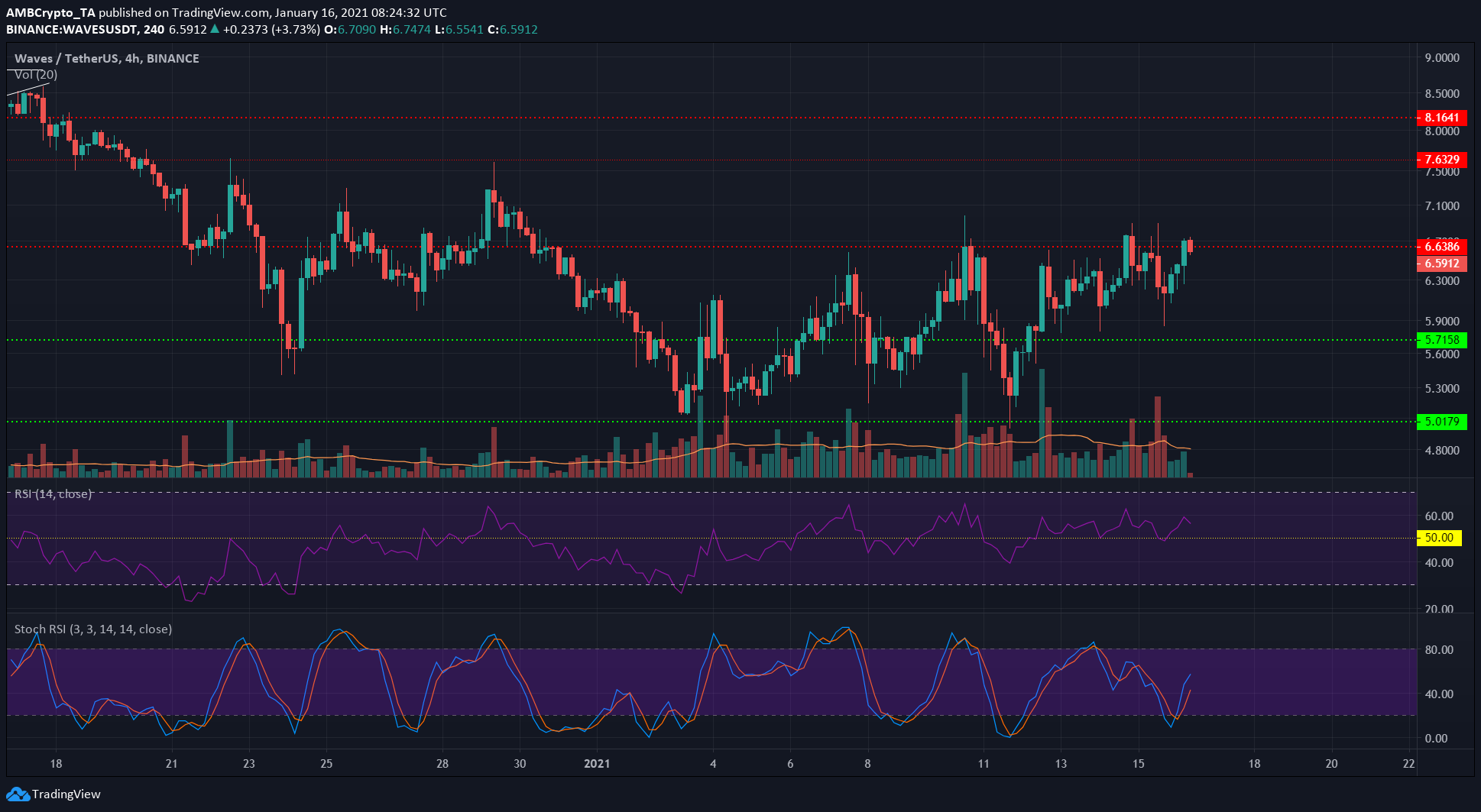 The RSI continued to move above the neutral 50-zone to underline that an uptrend was in progress and the Stochastic RSI did not indicate any overbought or oversold conditions yet. However, the $6.6-level of resistance has been stubborn in recent weeks. A brief ascent to $7 was met with strong selling pressure, and this might occur once again.

December saw WAVES on a downtrend from the highs of $9.11 to $5, and January has seen WAVES recover, yet it still respected the range from $5 to $6.6 and has been unable to establish an uptrend on the longer timeframes.

A rejection at $6.6 would make the $5.8-region an opportunity to enter long positions. 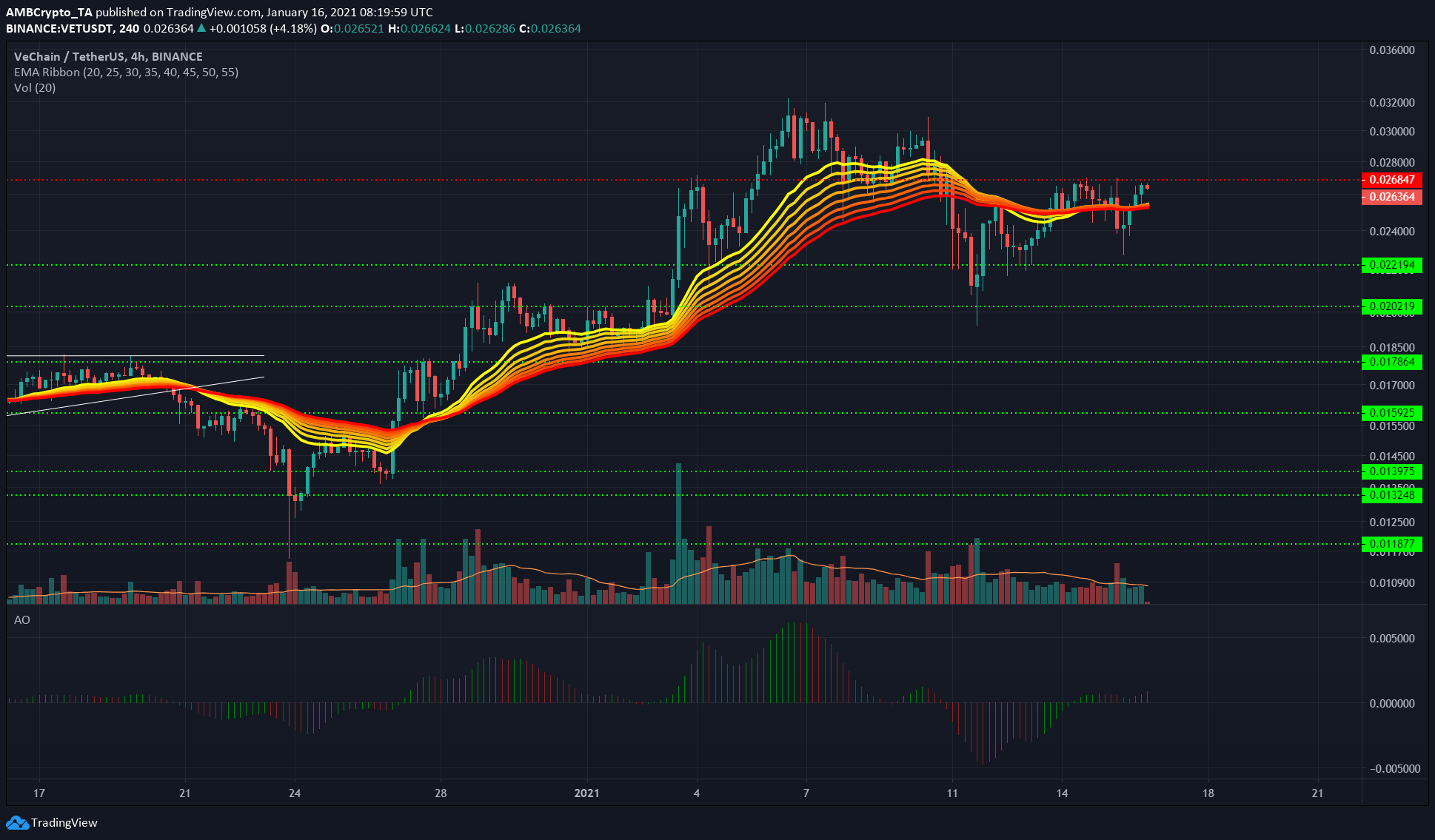 The EMA ribbons threatened to flip to the bearish side a few days ago, but did not. Since then, they have been somewhat indecisive, even as the price formed a series of higher lows and VET was trading just underneath the resistance at $0.0268.

The Awesome Oscillator noted weak bullish momentum behind VET, while the trading volume has also been steadily decreasing. This pointed to VET gathering steam for a move to the upside, past the resistance to test the next level at $0.031.

If VET faces selling pressure and is forced to drop under the EMA ribbons, a move to $0.022 would be signaled.

Are comparisons between Bitcoin and Gold absurd?