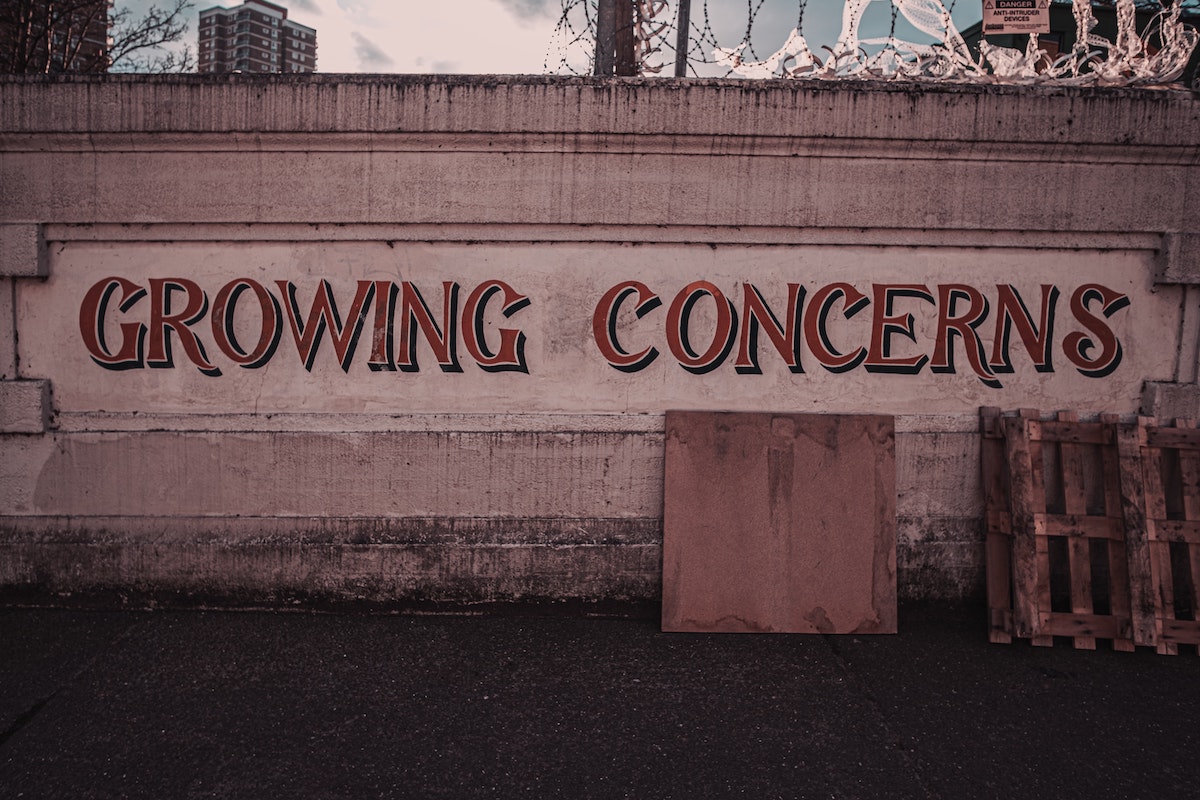 Is the capital support provided by the bulls be sufficient to keep the bears at bay?

The Bitcoin market is in a delicate equilibrium, with limited incoming demand, alongside a slowing sell-side, according to Glassnode’s March 7 newsletter.

Bitcoin’s price has traded within a volatile consolidation range this week. From recording a high of $45,039 to closing at around $39k, consolidation may perhaps even be an understatement. 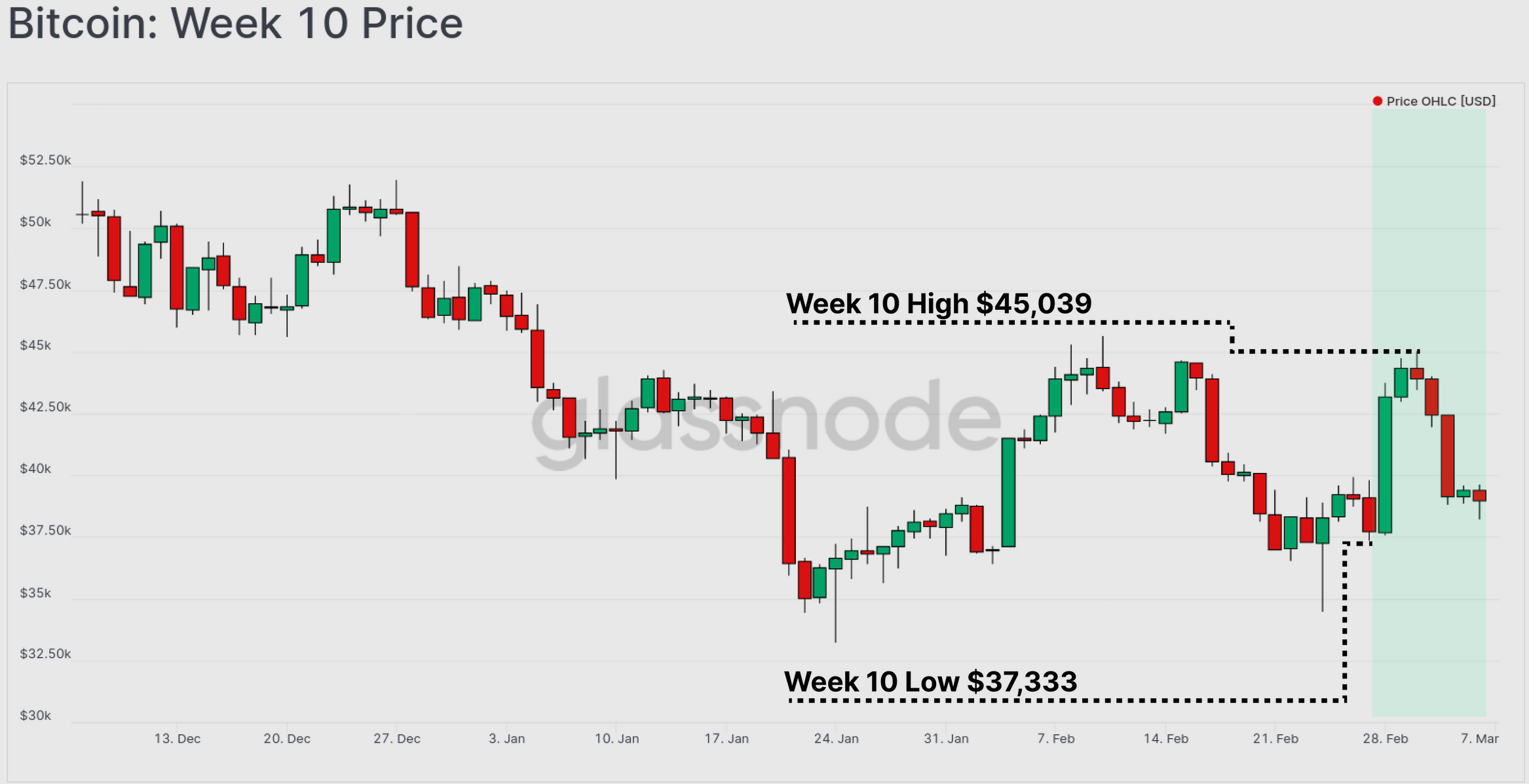 The same was highlighted by the attached graph, one picturing the price trading sideways as relative equilibrium prevailed.

But, here’s the caveat.

Given the current macro and geopolitical conflicts, Bitcoin bulls have attempted to set a price floor. As per Glassnode, bulls absorbed a “modest but persistent sell-side pressure for over two months, largely sourced from by short-term holder divestment.”

This is one of the reasons why the Bitcoin Fear & Greed Index remained in “fear” territory over the last three months.

This could leave Bitcoin vulnerable to volatility shocks.

“The limited incoming fresh demand could disrupt this delicate balance by any significant degree of seller exhaustion,” the report added. Or conversely, a re-invigoration of sellers.

Exchange inflows would give a better understanding of whether investors are preparing to liquidate or HODL their coins. There have been total net outflows of 46,000 BTC (worth around $1.8 billion at current prices) from all crypto-exchanges since last July. 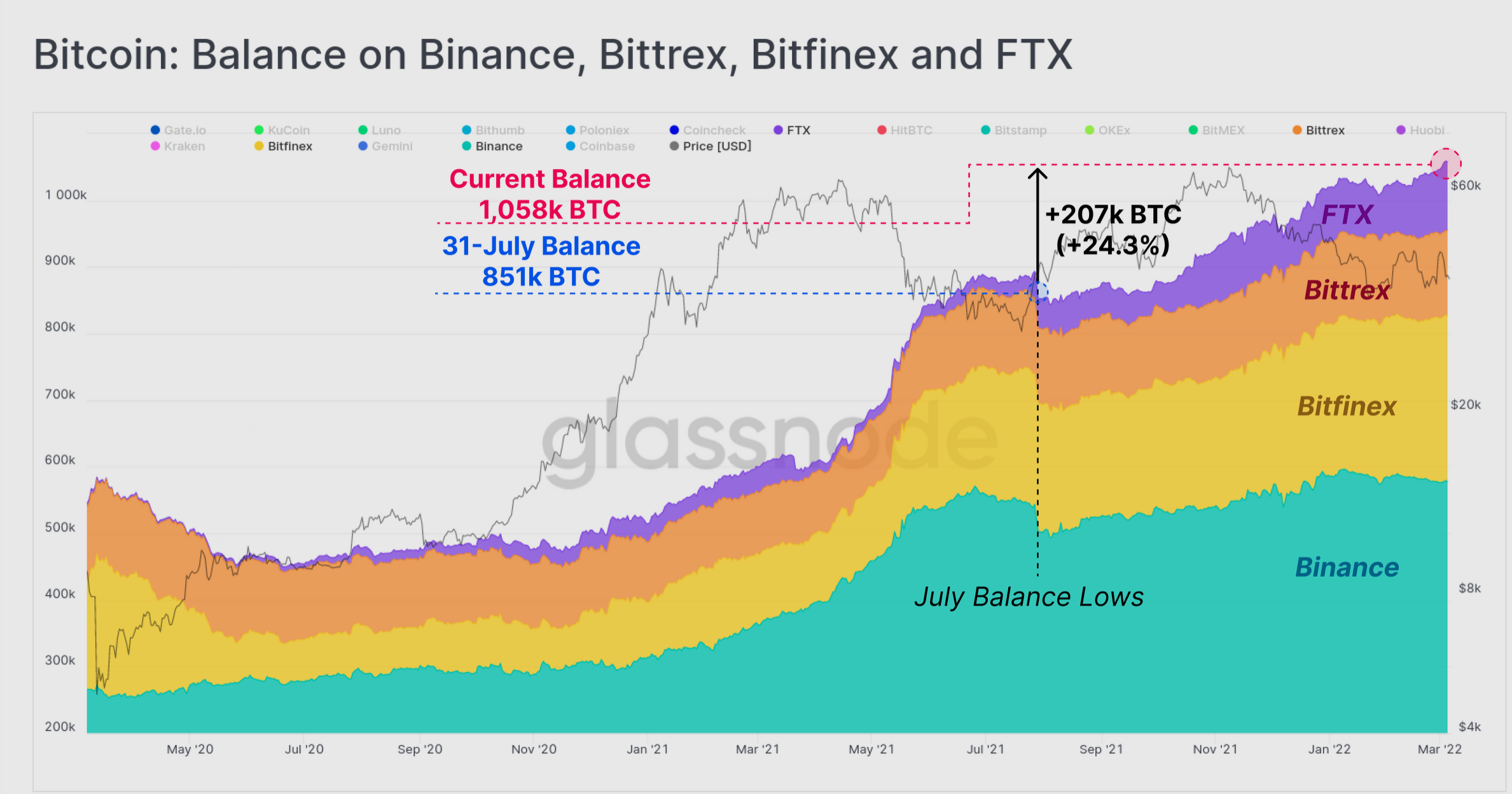 Only Binance, Bittrex, Bitfinex, and FTX saw net positive inflows of 207,000 Bitcoin. Over the same period, net outflows totalled 253,000 BTC from all other exchanges tracked by the report.

The report also shed light on the investor profile of coins sent to exchanges. The three estimates of the investor cost basis (realized prices), as seen in the graph below, highlighted some key insights. 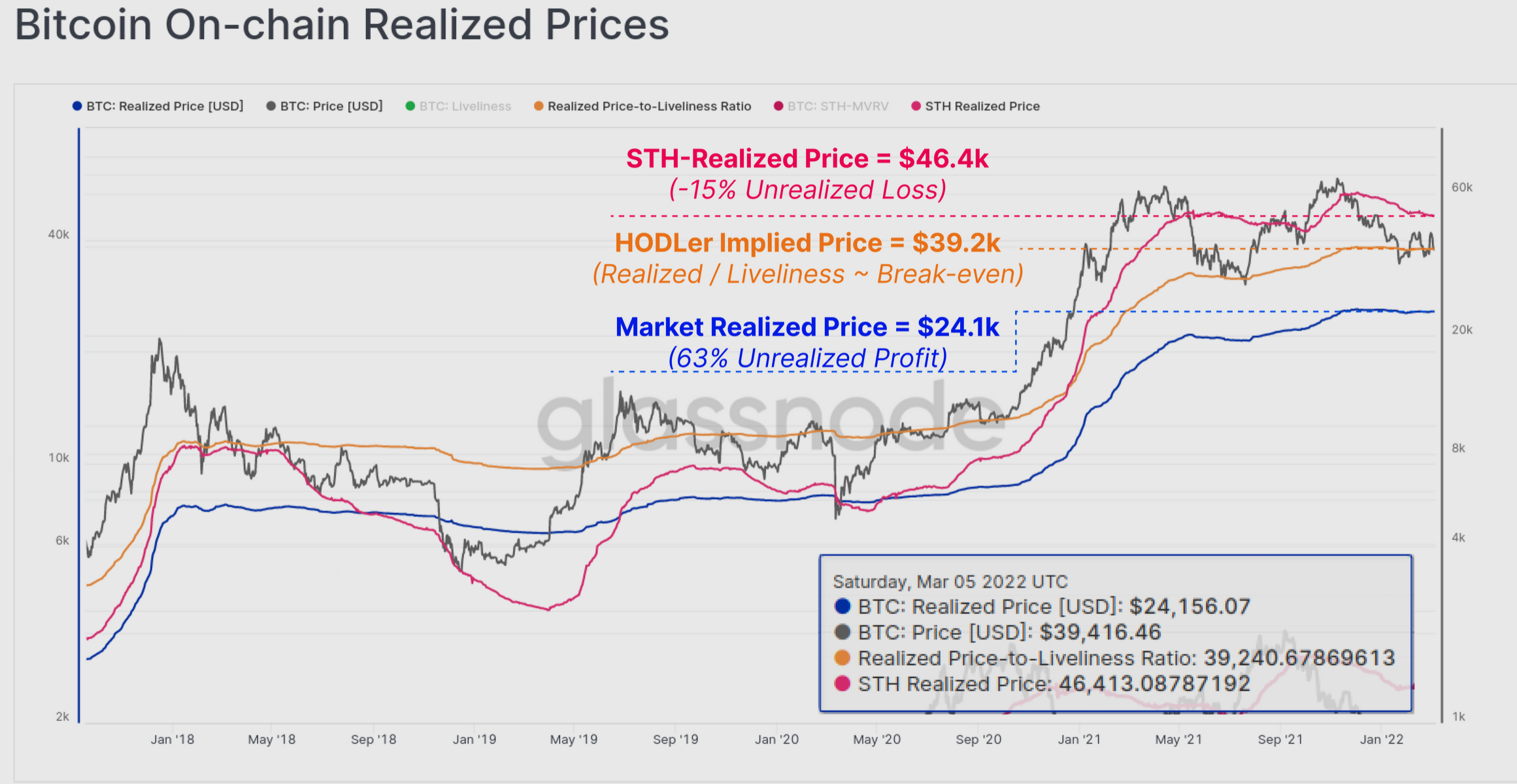 On-chain metrics maintained a realized price of $24,100 per BTC. This implied that most hodlers enjoyed a profit margin of 63%. That said, this contrasted with an implied price of $39,200. As per the graph, it swung just below the break-even mark as BTC traded shy of the $39k-mark.

Short-term holders disposed of their acquisitions as they went underwater on their position(s). They registered a 15% ‘Unrealised loss’ as the average price of coins that moved on-chain in the last 155 days was $46.4k.

In addition to this, the profit and loss (PnL) ratio of sellers showed non-trivial daily losses for over two months. This was equivalent to around 0.5% of the Market Cap per day.

Glassnode also suggested that LTHs grew tired of selling even though “we are yet to see a major LTH capitulation event as was seen at previous cyclical bottoms.”

“The historically low magnitude of both STH and LTH losses may be signalling increasing probabilities of aggregate seller exhaustion.”

New NFT campaign, but is it the same old Loopring again

Cardano’s 2022 vision: Hoskinson may finally have a release date for ‘Mamba’